Liseby Elysé remembers the Chagos Islands as a tropical paradise. “Every person had a job, had their family, had their culture. We ate only fresh food. Boats from Mauritius came to transport our merchandise. We received food, we received everything we needed, we wanted for nothing.”

And then, abruptly, as the British Empire began its terminal decline, a paradise turned into a nightmare. “One day, the administrator told us that we had to leave our island, our homes,” she said, speaking via video testimony at the International Court of Justice in The Hague, where the United Kingdom and Mauritius are locked in a bitter dispute over the archipelago’s future — a dispute rooted in the injustices of the past.

Those who didn’t leave voluntarily were forced out. The boats from Mauritius, then a British colony, suddenly stopped coming, which meant no more supplies of food or medication. A few pet dogs were gassed by British agents, killed as a threat.

Eventually Elysé and her family were rounded up by security forces and shoved onto a boat. All the remaining islanders — about 2000 of them in total — were evicted. They were told to take only the clothes they were wearing. 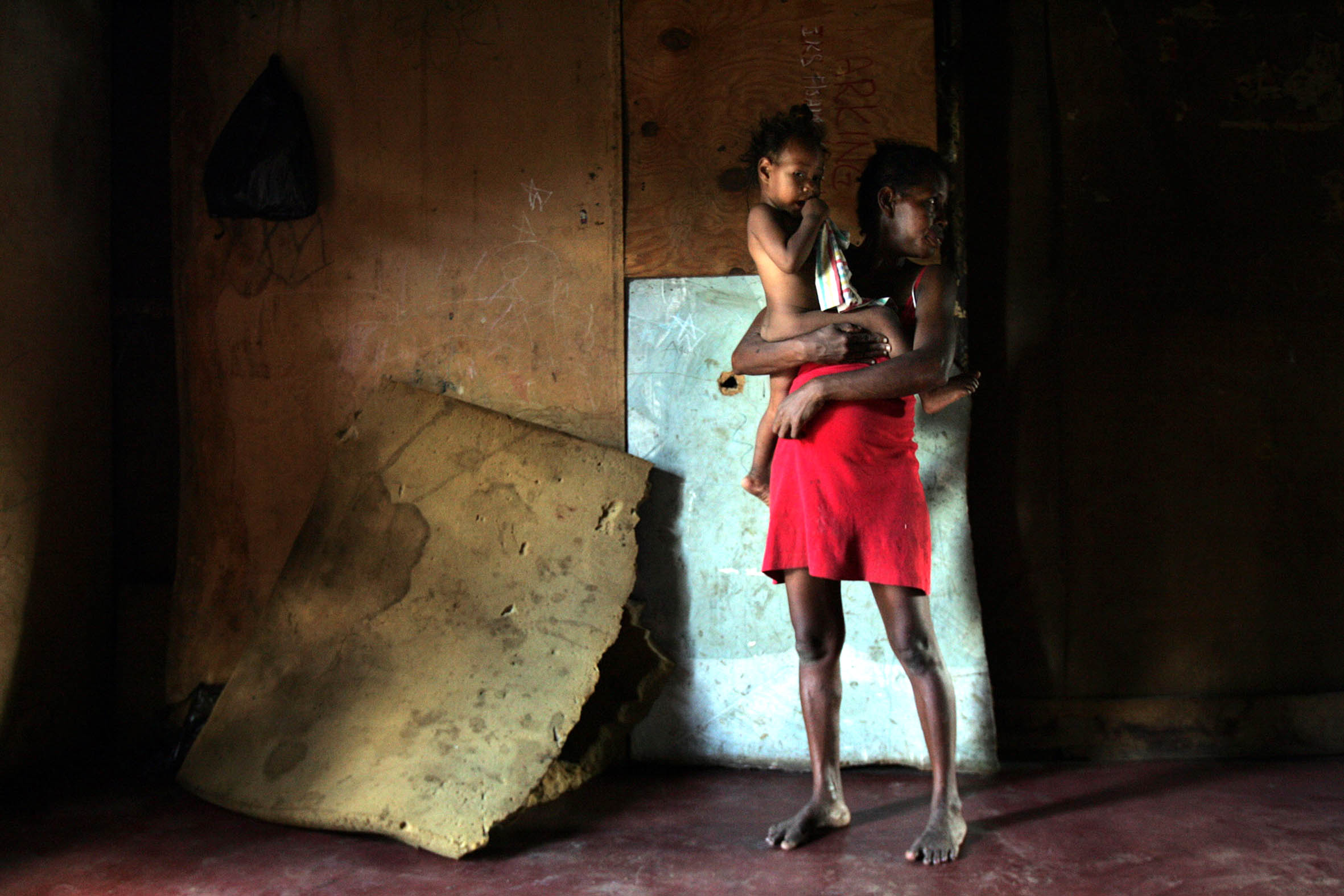 The Onesime family were forcibly removed in 1971 and now live in Mauritius. (Marco Longari/AFP)

“We were like animals, slaves in this boat,” she said. At the time, Elysé was four months pregnant. By the time the boat arrived in Mauritius, four days later, she had miscarried. “Why did my child die? For me, it was because I was traumatised on that ship.I was very worried. I was upset. This is why when my child was born, he died.”

That was more than four decades ago. Britain, which retains control over the islands, has not allowed any Chagos Islanders to return to their homes since.

The Chagos Islands boast little in the way of natural resources, except for the marine life that once kept its fishermen busy. But the sandy archipelago is blessed, or cursed, with an extraordinarily strategic location, smack bang in the middle of the Indian Ocean. For geopolitical planners in the Cold War, the islands were a perfect location for a naval base — which is why the Americans built one. 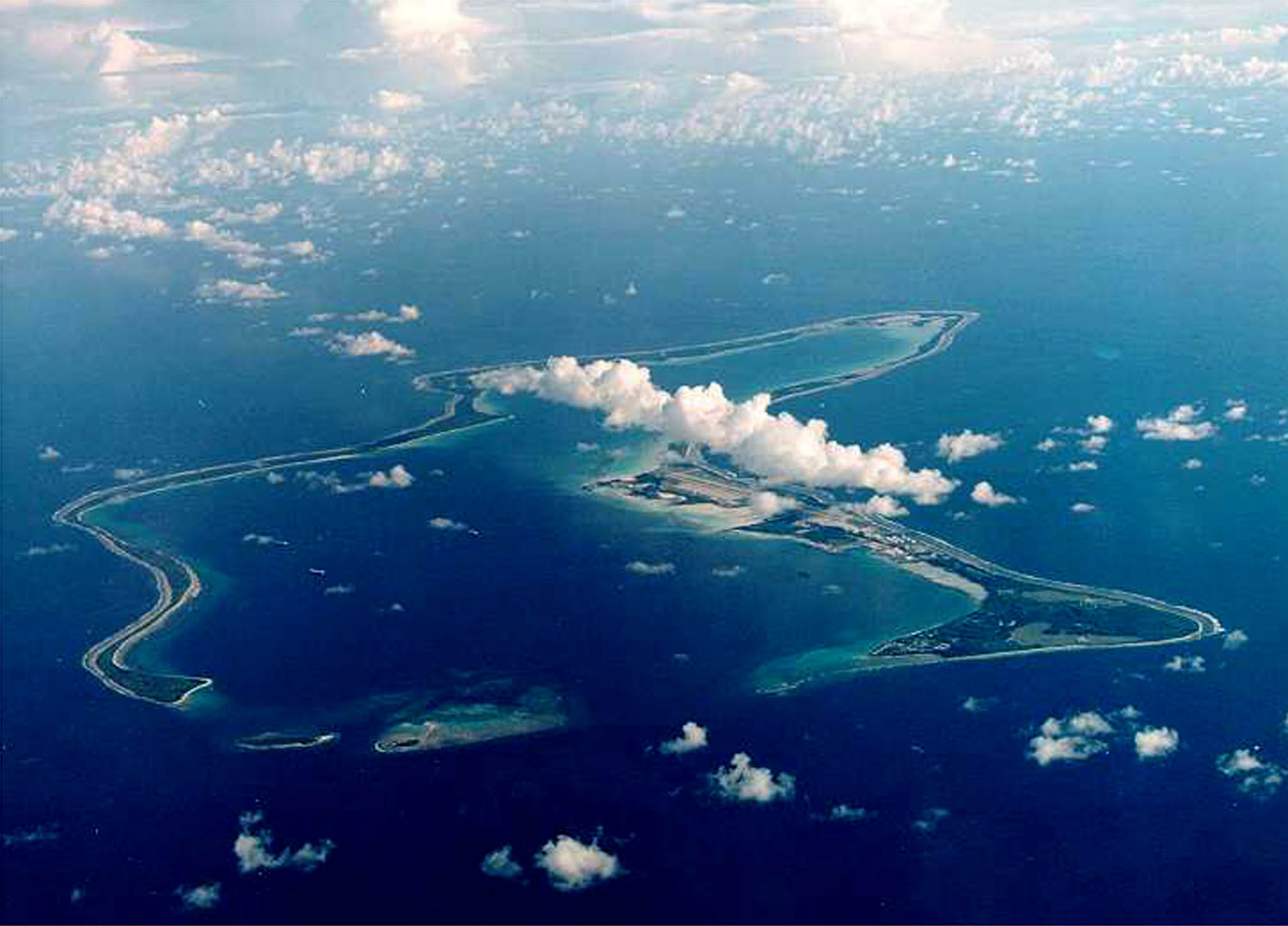 The Chagos Archipelago hosts a US naval base. (Stringer)

In the late 1960s, the United States approached Britain, its closest ally, for permission to build the base. Britain agreed enthusiastically, offering a sweetheart deal that gave the US a 50-year lease over Diego Garcia, the largest island in the archipelago, for the sum of $1 a year, along with some discounts on nuclear technology.

Diego Garcia may bet he largest of the 60 Chagos Islands but it is still tiny — only just large enough to squeeze in a runway and a few aircraft hangars. That runway allows US fighter jets and bombers to reach the east coast of Africa, the Middle East, the Indian subcontinent and Southeast Asia with relative ease. It is, in military parlance, an “unsinkable aircraft carrier”.

But before construction could begin, there were a couple of details to be ironed out.

In London, where Her Majesty’s Government had summoned Mauritian representatives to discuss the terms of its surrender, the conditions for independence were made clear — and the Chagos Islands were not part of the deal.

“I am the only one still alive among those who participated in the Mauritius Constitutional Conference at Lancaster House in 1965, where talks on the ultimate status of Mauritius were held,” Sir Anerood Jugnauth told the court in The Hague. He’s a former president and prime minister of Mauritius. “The administering power [Britain] now contends that Mauritius freely consented to the detachment of the Chagos Archipelago. Yet the choice we were faced with was no choice at all: it was independence on condition of ‘agreement’to detachment, or no independence, with detachment anyway. This was not and cannot be treated as the freely expressed will of the people of Mauritius. It cannot meet the requirements of self-determination.”

Mauritius has promised to allow Chagossians to return home, and — much more importantly as far as superpower politics is concerned — to let the US continue using its Diego Garcia base.

But Britain is not quite ready to let go of its last colony in Africa. In its submissions to the court, it argues that the Chagos Islands was always a distinct entity from Mauritius, and denies that Mauritian independence leaders were bullied into letting the islands go. And although it recognises that the treatment of the islanders themselves “was shameful and wrong”, it contends that it would be unfeasibly expensive to resettle them.

Britain’s lawyers re-affirmed the country’s commitment to eventually ceding sovereignty to Mauritius — but only once the Chagos Islands were “no longer needed for defence purposes”.

It fell to advocate JGS de Wet, representing South Africa, to point out the absurdity of that position: “Somewhat ironically, the United Kingdom’s undertaking to return the Chagos Archipelago at its sole discretion and only when it is ready to relinquish control over the territory, whether that would be in 2036 or at such unspecified later date when it [is] no longer require[d] for defence purposes, is vague and elusive, and has a hollow ring to it,” she told the court.

Despite the publicity that the hearings have attracted, the decision of the International Court of Justice is of limited legal value. Whether it finds in favour of Britain or Mauritius, its verdict is merely advisory — it is not legally binding. Symbolically, however, the mere fact that the issue of the Chagos Islands is being aired in one of the world’s highest courts is a vindication of sorts for the exiled islander community, who have been campaigning for decades for their rights to be recognised.

The Chagossian community now numbers about 1000 people, many of whom are second- and third-generation Chagossians and have never set foot on the islands. Thirty-nine-year-old Charlot, who works as a nurse in Britain, is second-generation — her father was born on the Chagos Islands. And while the community broadly rejects continued British hegemony, many are equally uncertain about the prospect of being ruled by Mauritius, who could turn out to be just a different style of colonial power.

“No one did approach us as a community to ask what we want. We don’t know what Mauritius is going to do. They say they will resettle us back but the base is still going to be there, they don’t mind about that, and the Americans don’t want us there, so there are contradictions in that,” said Charlot. She’s worried that Mauritius intends to develop the islands for its own benefit, and that its promises to resettle islanders are insincere.

Her suspicions are rooted in a bitter history of neglect that began the moment the evicted islanders were dumped on the dock in Mauritius. They were left to fend for themselves, without any financial, legal or emotional support. “There was no support mechanism. We had to go and stay in pig pens and cattle pens. We cannot forget about that as well. That’s why we must have a guarantee: Mauritius, what are you going to do? When you get the island, are you going to sell the land? Are you going to keep the base there so we can’t rebuild our houses?”

Like most Chagossians, Charlot just wants to be allowed to go home — ideally before the first generation, the evicted generation, dies off. “My main priority is to get back my identity. Because I don’t know who I am really. My culture is disappearing and nobody is doing anything about it. When all the natives die, there won’t be Chagossians anymore.”