The Gauteng provincial legislature’s standing committee on petitions held a public hearing in Pimville, Soweto, last week. It was an opportunity for residents to directly speak to City of Johannesburg officials and the committee about service delivery problems where they live.

The legislature encourages individual residents and representatives of communities to take advantage of these quarterly hearings to freely make submissions or present petitions and requests to the committee and city officials.

One of the 10 petitioners at the public hearing in Pimville was a 58-year-old Sodinda Ncube, a resident of Jabulani township who owns erf 2267. Ncube, who has been at loggerheads with the City of Johannesburg after buying the property in 2008, approached the Johannesburg Property Company with the application to lease or purchase erf 2326, a council-owned servitude measuring 96m2 that has been enclosed in his neighbour’s property, so that he could get access to his stormwater pipe.

Ncube was not happy with the objection, so he escalated his application to the mayoral committee and the chief whip. The Johannesburg Property Company’s processes and why Ncube’s application was rejected was explained to him at a meeting in the office of the chief whip. On July 15, 2015, the Johannesburg Roads Agency and Joburg Water met Ncube at the Jabulani regional offices to discuss moving the stormwater drain from erf 2326. Johannesburg Water’s regional manager promised to assist Ncube by the end of July 2015. He was also told that the City of Johannesburg would contact his neighbour regarding access to the servitude.

“I am unable to make a finding that in refusing to conclude a lease agreement with yourself, Johannesburg Property Company acted unlawfully in any way and that you were unfairly treated either on procedural or substantive grounds. In light of this finding therefore, I am proceeding to close this file,” the ombudsman wrote to Ncube on November 15, 2016. 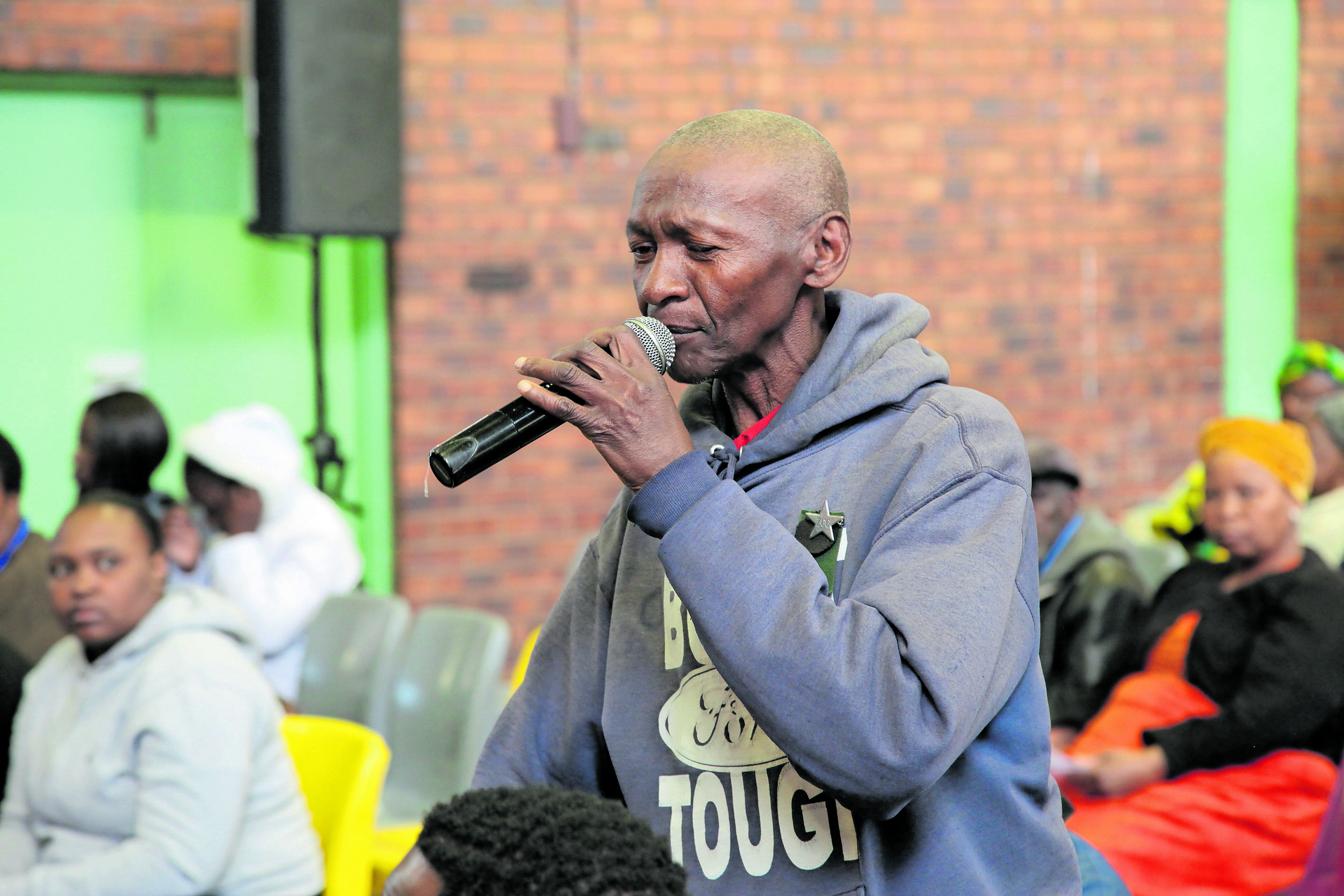 At the Pimville hearing, the committee, led by acting chairperson Thoko Magagula, recommended that Ncube’s problem be referred to the residents of Jabulani so that they could decide whether Ncube’s petition should be accepted.

“Let the community also speak how the matter should be resolved. In two weeks a meeting with the community, Ncube and the City of Johannesburg should be organised,” said Magagula.

The committee said it was disappointed by the way Ncube’s case had previously been handled. It also criticised City of Johannesburg officials who had not arrived at the Pimville hearings to present reports on other nine petitions. Matters raised in these petitions included: a lack of infrastructure in Witpoortjie; two cases of incomplete stormwater drainage systems; the disconnection of water; problems with waste management and grass cutting in Pimville; and service delivery problems in Eldorado Park.

“I will propose chair that we go back to the committee and we must do what the Act says we must do. We should write to the offices of the mayor and municipal manager as the administration heads must take action against the officials who are not taking their jobs seriously,” said Thuliswa Nkabinde, another member of the committee.

The committee apologised on behalf of the government and said it had no intention to undermine the people. Tieniel Samuels, a manager petitions for the City of Johannesburg, also apologised for the officials’ absence.

Because the committee could not deal with the other nine petitions, it opened the hearings up to residents.

Moses Nchoe, who lost a friend in a car accident early this year, rose up to thank the City of Johannesburg for the speed humps that were built in Braamfischer, Soweto, after he submitted a petition in Tsakane, Ekurhuleni.

Abel Budaki, another resident of Braamfischer, came to the hearing to give thanks and to raise another matter.

“Now in Braamfischer there are plans to build a school,” he said. “But today I am here to petition for a police station because there’s none. We are struggling when we need to report crime. Police take longer to arrive.”

Despite this positive feedback from the residents, many of these petitions reveal that services delivered by the Gauteng government need to be improved.

Mpho Motlhala, deputy secretary of the National Association of School Governing Bodies, had a list of complaints for the provincial department of education.

“In the schools we have problems of teachers who are not qualified to teach the subjects they are teaching. It is not fair for a Zulu speaking teacher to be expected to teach Sepedi when she doesn’t understand the language,” he said.

He also said that many schools in Soweto, including Kwadedangendlale High School in Zola, required repairs after they were vandalised.

“If only MEC Panyaza [Lesufi] can stop grandstanding when there’s media attention. For more than five years Kwadedangendlale has been asking for help to fix the broken windows, collapsing roof and holes on the floors. But no one cared to listen,” she told the committee.