South Africa’s greatest constraint is water. In a water-scarce country, planning has to focus on protecting this resource so it benefits the maximum number of people, a goal that is rarely achieved. In and around eThekwini in KwaZulu-Natal, rivers flow through communities and industrial areas, and serve as open drains for everyone.

In an attempt to change this, the eThekwini Conservancies Forum, representing 26 registered conservancies in the region, decided to work on one river and see how it could be cleaned. The Aller River was chosen because it passes through very different environments and communities and was heavily polluted.

The forum decided that there were four ways in which the river needed to be fixed. First was the immediate problem of rehabilitation, and getting the river back to a point where its ecological infrastructure worked. Then the communities that lived and worked along the river had to be taught the value of their river, in order to change their behaviour and their social norms around rivers. Critically, this would require getting local government to provide proper service delivery in the areas along the Aller, so people did not need to throw waste into the river. All of this would then be wrapped into ongoing learning, so lessons could adapt to help keep the river healthy. 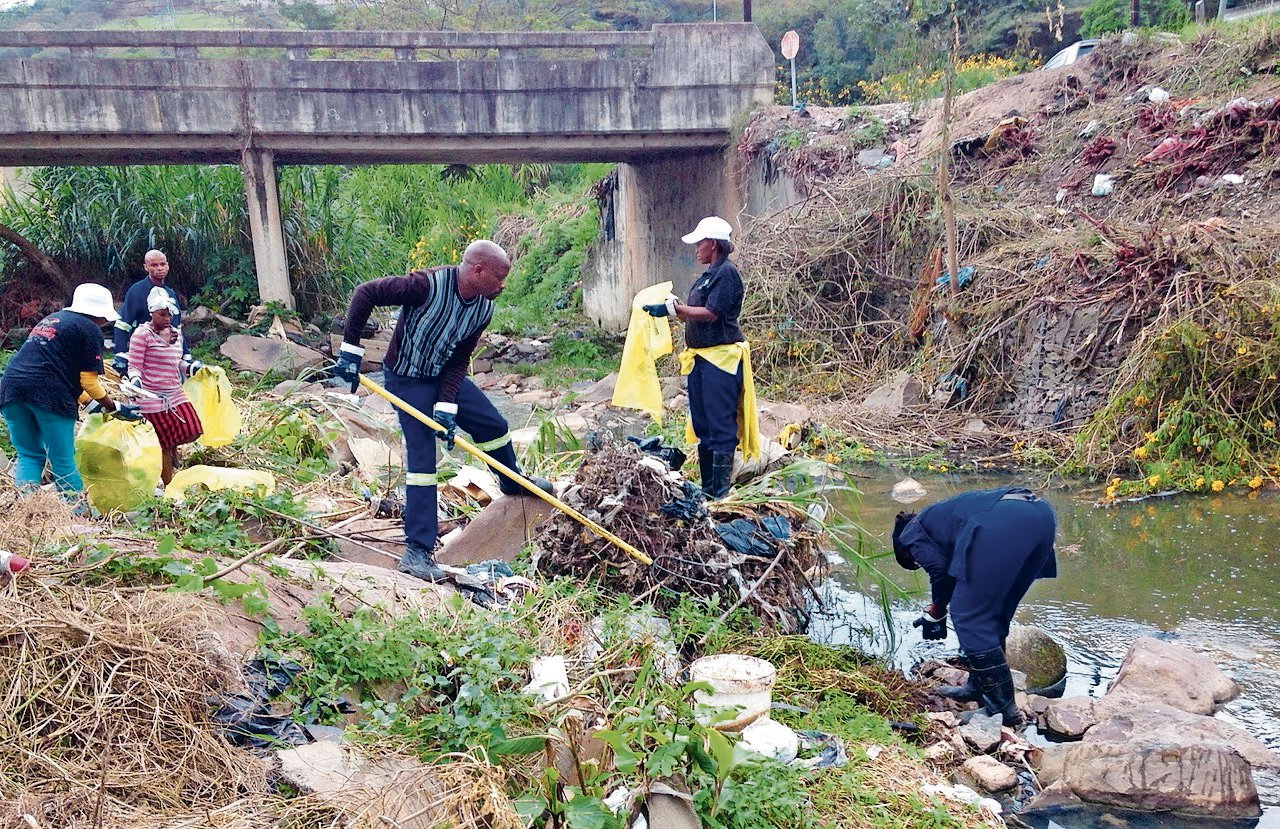 Work started in mid-2016, with people from the project talking to communities to see what relationship they already had with the Aller. The physical work to improve the river then started. This included cleaning the river stream of objects such as nappies. It also meant finding out where pollution was coming from. In one case a major pollutant turned out to be a municipal sewer system, which was blocked and had been leaking raw sewage into the river for months. The municipality was told and it quickly fixed the problem.

Seven people were then employed full-time to work on the river, and with the communities along the river, to stem pollution. These “eco champs” try get as much exposure as possible for the project, by going on local radio stations and working with schools along the river’s path. Students are helped to create eco clubs, and then get to travel to natural areas where they seldom go.

After the success along the Aller, the problem now lies in obtaining funding to sustain the momentum. The current plan is to get municipalities such as eThekwini to partner with the conservancies forum as service providers and take what has been learned from the Aller to help fix polluted rivers across the whole coastal region.

It is a model that can and should be replicated along the hundreds of polluted rivers across South Africa. 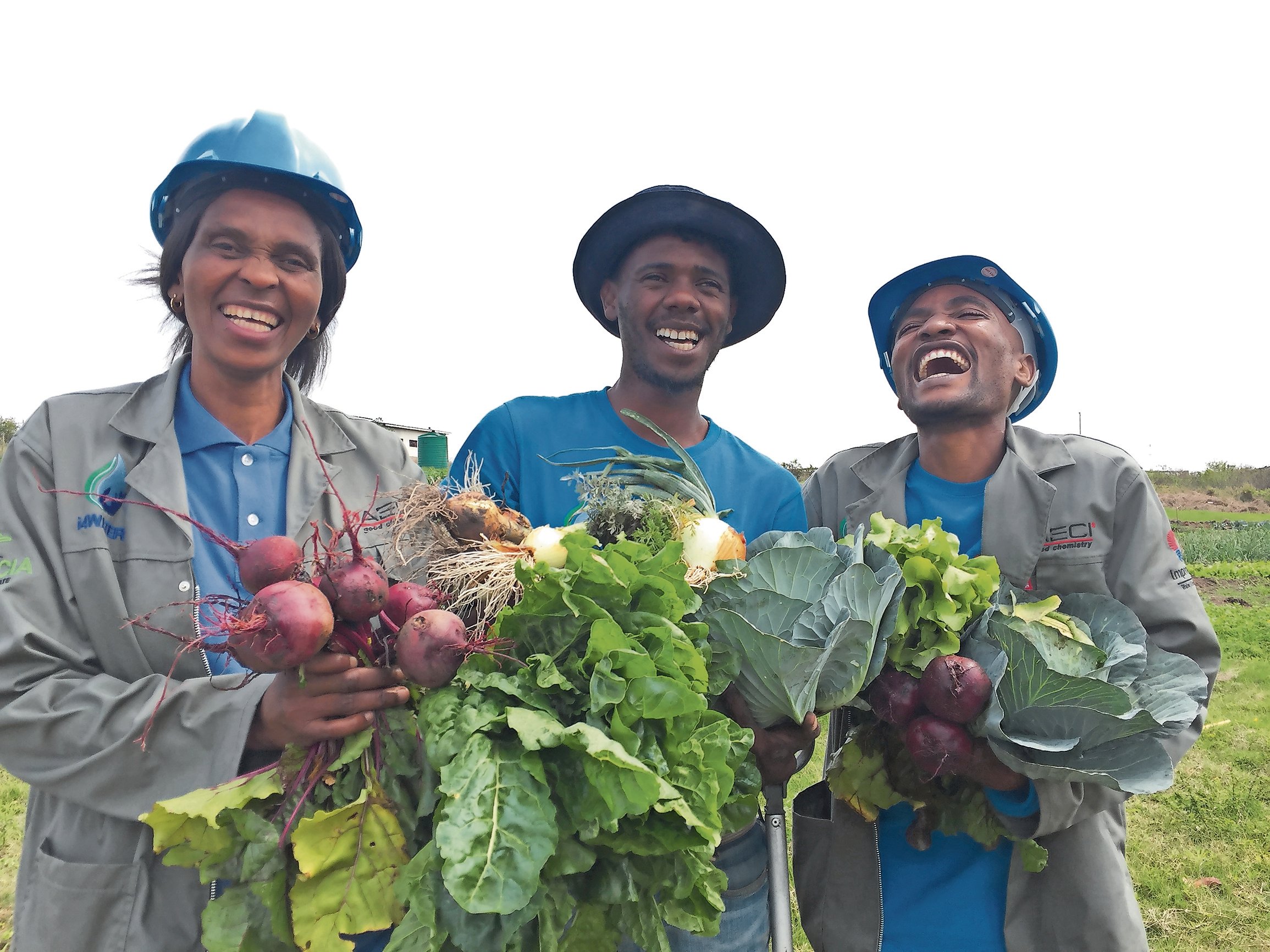 You don’t have to be big to have a positive impact on communities. i4WATER only has two full-time employees, helped by a part-time intern, but it has trained 122 people. Over two-thirds of these are women and a third are youth. Seven of the beneficiaries are also disabled.

All of this has happened through a single project; Wise Wayz Water Care. This is funded by AECI, a chemicals company with factories in Amanzimtoti, KwaZulu-Natal. Inspired by two community groups that were set up to clean up streams in the area, it partnered with i4WATER to increase the impact of these groups.

Those streams are the starting point, with community members volunteering to clear them three or four times a week. The total amount of rubbish cleared out is then added up so the team can see if community education is decreasing the amount of waste going into the water sources. Volumes have dropped, showing the positive impact of information programmes.

i4WATER then works with these volunteers to help them learn new skills, so that they can start companies. One success story is a company that clears invasive species from water sources.

It has already won two contracts and employs nine people. Another group of people have set up a company that does plumbing, with three qualified women plumbers now working in an industry dominated by men.

This approach is catching on, with eThekwini municipality using parts of the project to help expand co-operatives working on its behalf to other streams and water catchments. That — and plans to create another three businesses — makes for a small but exciting project.