ANC’s past policies worth revisiting

In an article titled Move over, here comes Tito in the Mail & Guardian, erroneous claims were made about the Macroeconomic Research Group (MERG) and its supposed advocacy of nationalisation.

MERG was the detailed macroeconomic and social policy framework prepared for but then unceremoniously rejected by the ANC leadership in 1993.

These claims were linked to a more general point attributed to Business Unity South Africa president Sipho Pityana about how the new finance minister, Tito Mboweni, would allegedly be eschewing redistributive economic policy alternatives that privileged a central role for the state (in contrast, we presume, to a primary role identified for the market).

For the record, no such purported advocacy for nationalisation was presented anywhere in the MERG report. Instead, it argued explicitly for a “mixed economy”, with a vibrant private sector and a “slim but capable” state.

Pityana’s comments point to a deeper problem in the debates on policy alternatives in the post-Zuma era of ahistorical, revisionist and often factually incorrect recalling of past policy debates on economic and social policy alternatives. It dangerously suggests that we no longer have a recognisable emancipatory policy legacy as a liberation movement.

In our forthcoming book, Shadows of Liberation: A History of ANC Economic and Social Policy, 1943–1996, we provide a detailed empirical analysis of the evolution of policy-making in the modern ANC. Our book is centred on questions about how the ANC, given its historical anti-inequality, redistributive stance, came in the 1990s to do such a dramatic volte-face and to plump essentially for a market-dominated approach. Was it pushed or did it go willingly, and did it involve a conspiracy with Western governments and financial institutions?

Given the misrepresentation, we believe it necessary to clarify the MERG report’s orientation and core recommendations. Its theoretical foundations lie in what we would characterise as a structuralist and post-Keynesian approach to economic policy, in which effective demand failures and below full employment are recognised as key problems and the significance of public investment in driving the economy forward are stressed. Full or near-full employment lay at the heart of its strategy.

In contrast with the unequivocally neoliberal normative economic model of the apartheid regime, which assumed that public investment would “crowd out” the private sector and that advocated for market-dominated delivery of social services, MERG envisioned an alternative two-phase “crowding-in” approach to South Africa’s development.

The MERG document also explicitly called for prudence and vigilance but within the parameters of a very different state-led, pro-growth approach to macroeconomic policy. The framework was developed and modelled with a team of internationally respected economists and the approach proposed was fully consistent with fiscally responsible macroeconomic balances over time.

Therefore, charges that MERG was advocating “populist” macroeconomic policy have no foundation.

We would contend further that it was representative of the historical, emancipatory policy orientation of the ANC. Going back to the 1940s, our research evidence suggests that this orientation was consistent with a social democratic agenda.

Telling early evidence of this is the foundational ANC policy statement African Claims. Prepared in 1943 under the stewardship of ANC president-general Dr AB Xuma, it argued for state intervention to secure social rights to systems of health, education and welfare for all on the basis of universal political and social citizenship. Had these proposals been implemented in full, we would have witnessed the embryonic establishment of the first nonracial, social democratic welfare state in Africa.

But the proposals were quashed by the segregation-era regime of Jan Smuts.

The African Claims proposals were reaffirmed in the Freedom Charter adopted by the ANC in 1955. This foundational policy statement of the emancipatory “good society” contained specific demands for social rights consistent with social democracy. This included rights related to income, state-provided education, which would be free and universal, housing and a free, state-provided national health service.

The Freedom Charter also contained demands about the control of wealth, which were predicated on public ownership and nationalisation as a mechanism (as opposed to a dogmatic prescription) to its achievement. The cornerstone of the ANC’s historically emancipatory policy agenda, we contend, was a nonracial, social democratic state, intervening actively to address the dehumanising legacy of apartheid by upholding rights of social citizenship. But the specific economic policies required to give effect to this social democratic vision were not developed or elaborated on in detail.

Nonetheless, in case there was any ambiguity about the ANC’s social democratic orientation, no less an authority than venerated past ANC president general Albert Luthuli made this explicit. Under the title, If I Were Prime Minister, what Luthuli presented was a detailed blueprint in 1962 for establishing, in his words, a “democratic social welfare state” on the model ushered in by Clement Attlee’s post-war socialist Labour Party. This included, in Luthuli’s view, government regulation and nationalisation of the private sector, redistributive rates of taxation and state protection of workers’ right to strike, concomitant with meaningful “social compacting” accords between labour, the state and private enterprise, as found in the Scandinavian social democracies.

Xuma and Luthuli demonstrated that the ANC historically had giant, confident intellectual leaders who engaged imaginatively with global, progressive big ideas, applying these to a vision of a post-apartheid society purged of the social barbarism of racial capitalism. It helped that they were also incorruptible leaders, perhaps a sine qua non for realising their big social democratic-oriented ideas for South Africa.

Fast forwarding to the 1990s, our book delves into how and why the ANC leadership punted for the market privileging Gear (Growth, Employment and Redistribution) programme, despite the incredibly rich legacy of imaginative social democratic thinking.

Our conclusions suggest that the ANC leadership failed in the transition era to sufficiently consider its historically informed political traditions and rich mass democratic base to develop and defend its historically social democratic-friendly line as evidenced in African Claims, the Freedom Charter and the still relatively well-conceived 1992 Ready to Govern proposals, the 1993 MERG and the 1994 Reconstruction and Development Programme “base document”.

We argue that, in terms of the economic policy debates of the 1990s, the ANC leadership was gradually seduced by the outgoing apartheid government and its key associated figures, which had been shifting towards market-friendly economic policy since the early 1980s.

The powerful, seductively affable figure of Derek Keys, appointed as minister of trade and industry and of finance before 1994, and retained by Nelson Mandela for a short period, was one such individual influential in the economic policy debates in the early 1990s. Keys appears to have charmed his ANC colleagues and they had huge respect for him, making the conversion so much easier. South Africa’s powerful conglomerates, in the various scenario-planning exercises, also played a role in this exercise in persuasion. 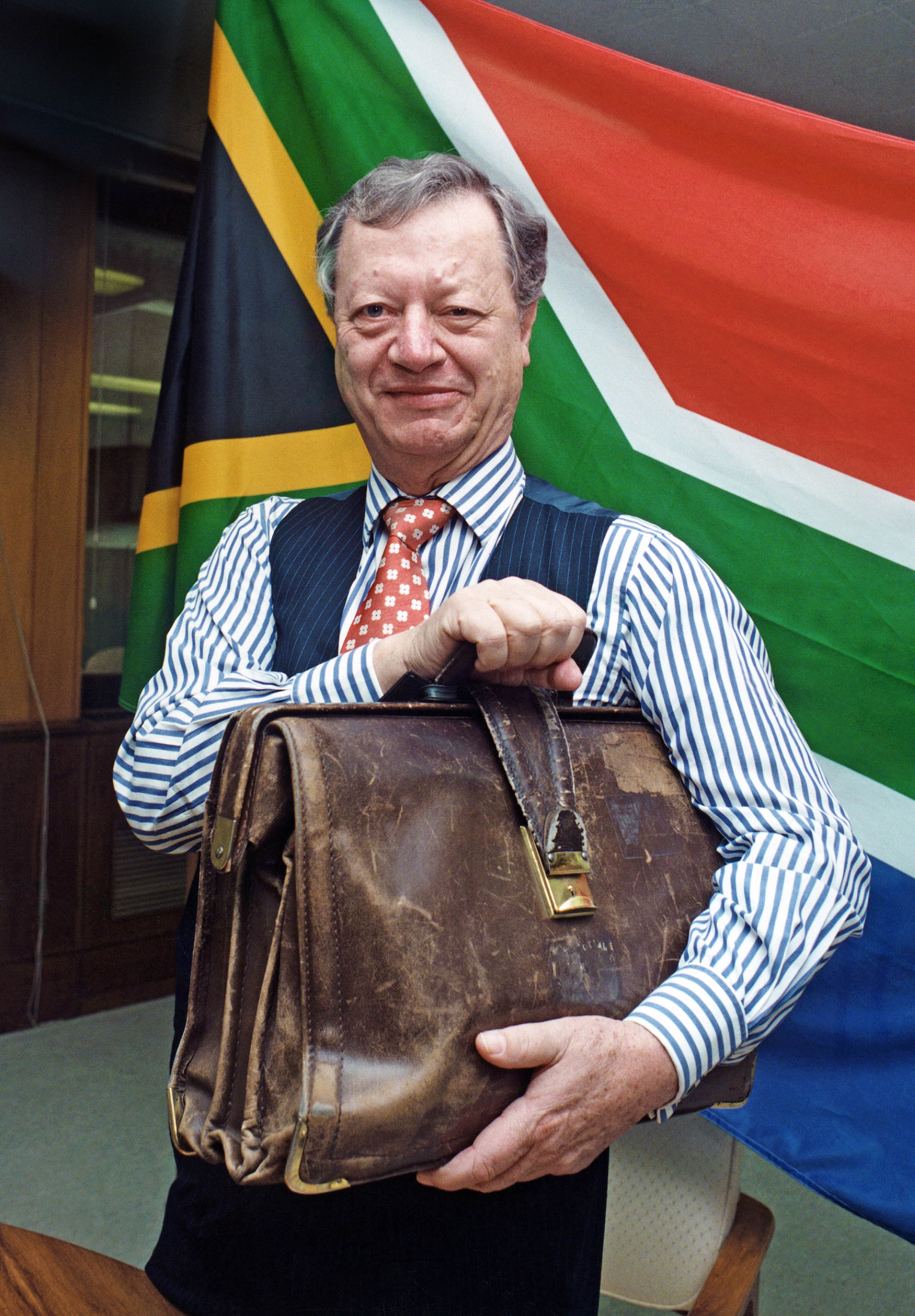 As discussed in our book, some key sections of capital were resigned to the necessity and inevitability of redistributive fiscal policies in the context of the post-apartheid settlement and even prepared modelling along these lines but were surprised to find that the ANC leadership in fact had no interest in such options.

But some of the ANC key leaders also bought enthusiastically into the (old) Washington Consensus, paradoxically arguing that “there was no alternative” at precisely a time when this consensus was unravelling after the 1993 East Asian Miracle report. Meanwhile, progressive voices in the mass democratic movement were sidelined by labelling them macroeconomic populists.

Our research revealed no convincing evidence that the ANC’s turn to the right in economic policy was the result of some conspiracy or late-night secret meetings involving Western governments, finance institutions and South African capital. That case remains unproven and something in need of more research.

In the end and given all this, the ANC settled for an essentially neoliberal macroeconomic approach. The economic outcomes 25 years later have witnessed some significant social achievements, but mostly damaging economic consequences for the constituency of poor, marginalised and mainly black people, on whose behalf the ANC had waged the liberation struggle with distinction.

In this Cyril Ramaphosa era, the masses of South Africans are seeking bold, imaginative political leadership to extricate us from the morass of racialised social barbarism. A return to the imaginative social democratic agenda of Xuma and Luthuli and reinvigorating the redistributive, anti-inequality principles, values and ethos of African Claims, the Freedom Charter, the Ready to Govern proposals, MERG and the RDP base document and forging a new economic framework and social consensus around this agenda — not slavishly harking back to the past — seems a worthwhile first stage on our incomplete historical journey of social emancipation.

Robbie van Niekerk is professor of public governance at the University of the Witwatersrand’s school of governance. Vishnu Padayachee is Distinguished Professor and Derek Schrier and Cecily Cameron Chair in Development Economics at Wits