On Thursday, the 28-member European Union said it was reviewing its financial support to Tanzania. “The EU and its member states are concerned about recent political developments in Tanzania,” EU foreign policy chief Federica Mogherini said. She cited the tightening of restrictions on the activities of civil society organisations, the media, political parties and LGBTI people.

Tanzania has been pushing through a highly restrictive policy on several fronts, repressing rights of LGBTI, clamping down on freedom of the press and recently reaffirming the country’s policy of expelling pregnant girls from state primary and secondary schools. In September, the country also made it a crime to question official statistics. This has been strongly criticised by the World Bank, saying the law will undermine the production of useful, high-quality data.

The country’s second-biggest donor Denmark has now said it will withhold $10-million worth of aid, citing concerns over human rights abuses and “unacceptable homophobic comments” made by a government official.

The comments in question were made by Paul Makonda, administrative chief of Dar es Salaam, who announced an anti-gay crackdown in the city in November.

He said: “To human rights defenders and others from countries where homosexuality is legal: They should understand, also we as a nation have our own laws, constitution and norms. When we make our own decisions, don’t interfere. If you think being gay is a right, take them to ýour respective countries. I would like to request those nations in which homosexuality is legal to understand: In Dar es Salaam being gay is not a right. It is a criminal offence.”

The Danish decision came on the same day the World Bank reacted to Tanzania’s actions by pulling out of a planned $300-million educational loan to the East African country.

The money is part of funding totalling $500-million, awarded to Tanzania by the bank in 2018, and was scheduled for approval by the management of the bank in October.

It was earmarked for Tanzania’s Ministry of Education, in order to improve access to quality secondary education.

A bank spokesman said in an official statement: “The World Bank supports policies that encourage girls’ education and make it possible for young girls to study in schools until they reach their full potential. The economic and social returns for girls finishing their education are very high in every society for both current and future generations. Working with our partners, the World Bank will continue to advocate girls’ access to education through our dialogue with the Tanzanian government.”

However, Tanzanian schools expel girls who become pregnant. An estimate by the US-based Centre for Reproductive Rights in 2013 put the number at around 8 000 girls a year.

In 2017, a Human Rights Watch report claimed the discriminatory policy was responsible for 1.5 million children being out of school in Tanzania. The practice dates back to 1961 and does not allow girls who are pregnant to attend school. Since President John Magufuli took office in 2015 the policy has been tightened so that students would not be allowed to return to school at all after giving birth.

Some schools have even implemented compulsory pregnancy tests on girls to make sure the rules are being followed. Tanzania has one of the highest adolescent pregnancy rates in the world.

According to the UN children’s fund Unicef, between 2008 and 2012 more than 28 thousand babies were born to Tanzanian girls aged under 18. Many of those pregnancies resulted from widespread sexual violence and girls selling sex in order to buy essentials for surviving. 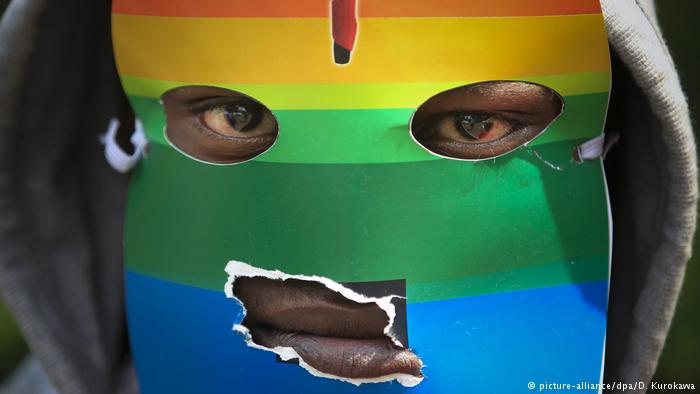 Deterioration of human rights and rule of law

Following a crackdown on lesbian, gay, bisexual and transgender Tanzanians, the European Union recalled the head of its delegation to Tanzania in early November. The EU said in a statement that it would be conducting a broader review of its relations with the country because of what it called a “deterioration of human rights and rule of law” in the country.

Professor Mwesiga Baregu, a political analyst and member of the central committee of Tanzania’s main opposition party Chadema said: “This is something that has been there for two or three years, since this government came to power. There are a lot of instances that violated the constitution and human rights. If they are to continue, Tanzania will no longer be democratic but a repressive and authoritarian state.”

Zitto Kabwe, economist and opposition politician, does not believe that international pressure will have an impact on President Magufuli. However, “there is a very small chance that these decisions will influence him to succumb to pressure, also those decisions are very painful to the people,” he told DW.

“Pressure from citizens who will be missing this support might influence the president. I strongly believe that the president will succumb to internal rather than international pressure. We depend on a number of countries and the withholding of aid and funding will have an impact. Maybe the people will stand up for democracy, but that depends on the Tanzanians themselves,” Kabwe said.

There are also restrictions on freedom of the press in Tanzania. Earlier in November, two members of the Committee to Protect Journalists (CPJ) were detained by Tanzanian immigration officials while on a reporting mission.

Journalists Angela Quintal and Muthoki Mumo were taken to an unknown location and subjected to “several hours of questioning,” according to a CPJ news release. They had gone to Tanzania to investigate the challenges which the Tanzanian press is facing. Later they were allowed to return to their hotel in Dar es Salaam, but their passports were withheld.

Tanzanian authorities tried to justify their detention by claiming the journalists had misrepresented their intentions for visiting the country. — DW