This rich and complex novel is far more than a thriller, though it is that as well. It is a multifaceted portrait of life on the border of the Kalahari desert, in the dry regions of the Kgalagadi Transfrontier Park. And it is an elegy for the severely diminished Khomani San or, as they prefer to call themselves, the Khomani Bushmen.

This nomenclature debate has been going on for years and it reveals the great diversity of people who are South Africans.

Former journalist Karin Brynard has established herself as one of a handful of great thriller writers in South Africa, along with Deon Meyer, Mike Nicol and Margie Orford. The fact that she has won many literary awards attests to the depth and staying power of her work.

Although the text of Homeland is plain and colloquial, and in true thriller style, well peppered with profanities. 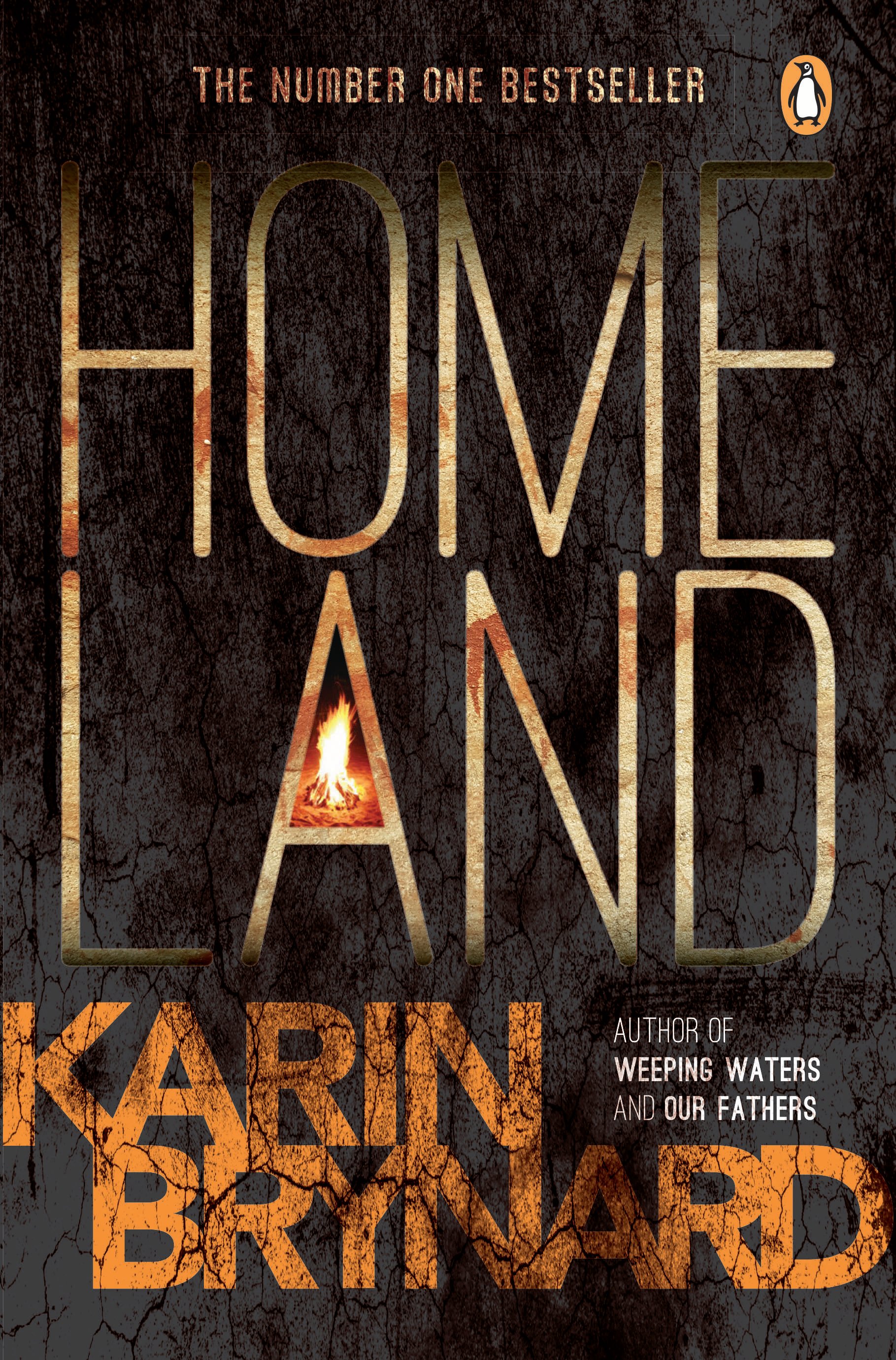 These poems are written by Brynard in the style of the old songs and stories (kukummi) of Bushmen such as //Kabbo of the /Xam, recorded by Wilhelm Bleek and Lucy Lloyd in the late 19th century, part of the invaluable archive of what we know about the people who used to live all over South Africa. Brynard uses the poems, poignant reminders, to show the inner thoughts of Seko, or Tsseko.

Central to this novel, he is a rarely seen, isolated and fugitive figure. A mysterious mixture of nostalgic adherence to the ancient ways and of darker forces, he foresees the coming of a “little sister, springbok”, and sees himself as the Lion Spirit.

Seen through modern eyes, he is a young man rescued from the side of the road by the local medicine woman, Antas Wilpard, and given refuge in her home in the red dunes. The locals call him Optel (Pick Up) and regard him as strange but harmless, as he makes himself useful by feeding donkeys, collecting firewood and medicinal plants.

In traditional thriller format, Brynard gives us two cops, somewhat at odds with each other, whose thoughts and feelings we share closely. Koekoes Mentoor is a colonel in the newly militarised police force, recently promoted to a station in an upmarket part of Upington on the Orange River. Her fellow cop, Albertus Beeslaar, sees her thus: “She was so small, a coppery beetle, tiny and perfectly formed …”

Beeslaar himself is only a captain, but an old hand and trying to leave the force for a quieter lifestyle in which he might have some hope of a family life.

Mentoor, highly regarded by her boss, General Mogale, is suffering some degree of post-traumatic stress disorder after the death by shooting of her cop husband. Not only is she prone to sudden violent anger, she has also acquired some skeletons in her cupboard, and the scalding shame of these affect her judgment and her actions. Her refusal to hear good advice leads to much tension and problems.

Luckily for her, the benign and stalwart Beeslaar enters her world, on the instruction of Mogale, who has received complaints about another cop at Witdraai on the edge of the Kgalagadi park. This huge park abuts the land of the Khomani Bushmen, won in a land claim in 1999.

All is far from well here, where several strange deaths have occurred, which the commander at Witdraai, Kappies de Vos, failed or refused to investigate.

Mogale chooses Beeslaar because he’s an outsider and because he speaks Afrikaans, the language most of the Khomani Bushmen speak these days.

Brynard’s observations of people are subtle and deep; she reads the small things. She allows the barfly hangers-on at the local game lodge to describe De Vos after an evening of drinking and carousing with him. One says “Kappies is alright” and Beeslaar decodes this to mean “what people tended to say if they thought the guy was a dick”. We discover eventually that he is much worse than this and has left destroyed lives in his wake for 20 years.

But his days are numbered and his wickedness is about to be exposed. Silver Bladbeen, the lawyer for all factions of the Khomani Bushmen, is on his case and so are Mogale, Mentoor and Beeslaar. And somebody else too, whose methods are frightening and lethal.

While this is playing out, Brynard shows us the world of the Northern Cape. This includes the Khomani Bushmen, whose situation is far from easy. Since the land claim was settled, many others have come to share their land, not all of them Khomani Bushmen, and there are differences in opinion about how to use the land, such as for agriculture or to somehow allow the Khomani Bushmen to revert to hunter-gathering. And then there are those who wish to explore their medicinal knowledge; some with genuine intentions to benefit them, others to benefit Big Pharma. Cultural tourism plays a role too, and it’s hard to decide where empowerment ends and exploitation begins.

Brynard explores all this through a range of characters, such as botanists, curio sellers, hunters and tourists.

Another strand to the plot involves diamond smuggling and the search for the mythical stash of Scotty Smith, colonial horse thief and murderer. His hiding places were said to be at the water holes of the Khomani Bushmen, and so they too are lured into this and corrupted by promises of big money.

Optel is not the only Khomani Bushman or part-Bushman child to have been be abused. Another child pushed by neglect to the edge of survival is a girl, hired out for sex by her drunken mother to a foreign visitor in Upington. This child, who says her name is Tienrand, is saved. Sensible and brave Kytie Rooi, a humble but right-thinking soul, flees to the land of the Khomani Bushmen and the refuge of Antas Wilpard.

This is where Optel or Tsseko has been dreaming of the arrival of “little sister, springbok”, whom he recognises in Tienrand.

The corrupt policeman, De Vos, who is involved in illegal hunting in the park, harassing the Khomani Bushmen and looking for diamonds, is the most obvious villain in Brynard’s thriller.

A novel look at diaspora and identity

Compassion in the tragic quest for a colony

The Texture of Shadows: Beyond anger and retribution