Apartheid-era spy Niel Barnard is claiming millions from the State Security Agency (SSA), saying that former President Jacob Zuma, with the help of former state security minister David Mahlobo, had extended a contract Barnard had with the agency.

Barnard has been embroiled in litigation with the SSA over R24-million since 2016. The agency has said it cancelled its contract with Barnard’s company for intelligence services, but he has claimed that Zuma, in meetings and with “a partly written, partly oral agreement”, extended the contract.

Mahlobo has denied the allegations, saying in court papers that he is not aware of any agreement between Zuma, the SSA and Barnard.

But a source close to the SSA confirmed that Zuma had made a verbal agreement to extend a contract with Barnard’s company, Kalliston. “It was just a verbal assurance to continue with the work,” said the source.

READ MORE: Mahlobo: ANC must defend itself from members with nefarious intentions

Two other insiders, who confirmed there was a deal with Zuma, said it was typical of the way the former president operated. “This is why there’s a commission into state capture now,” one said.

Barnard was the director general of the National Intelligence Service between 1980 and 1992, which was later restructured into the SSA post-1994. He was one of apartheid’s most effective spies and the man who secretly led talks between Nelson Mandela and apartheid-era heads of state in the late 1980s and early 1990s.

Kalliston, which listed Barnard as a managing director, signed a three-year agreement with the SSA in 2012 to provide services at an annual rate of R17.4-million. The value of the contract would increase by 10% each year, according to the agreement.

The SSA said in court papers that it cancelled the contract, giving three months’ notice. But Barnard responded: “Following a meeting in Pretoria between the plaintiff represented by Lukas Daniel Barnard and the honourable state president of the Republic of South Africa, Jacob Gedleyihlekisa Zuma, on or about August 2014, the state president gave his undertaking to the plaintiff that he would instruct the defendant to conclude a further service agreement with the plaintiff.”

The papers said that, “on or about” October 10 2014, Barnard met Zuma and Mahlobo at Waterkloof in Pretoria, where they “concluded a partly written, partly oral agreement”.

Zuma did not respond to requests for comment. The SSA did not say in its court papers why it cancelled the agreement.

Replying to questions from the Mail & Guardian, SSA spokesperson Lebohang Mafokosi said: “Operational matters of the agency cannot be discussed in the public.”

Mahlobo dismissed Barnard’s account of the second agreement in court papers, saying he had “no knowledge” of the August 2014 meeting or Zuma’s alleged “undertaking” to extend the contract. He also said such an agreement would be invalid.

“In any event, the defendant denies that the state president has the authority to instruct the conclusion of a service agreement that binds SSA,” the court papers said.

Mahlobo did not deny that a meeting took place in October 2014.

The services initially contracted for included research and providing reports on trends in climate change and food, water and energy security.

A former employee of the SSA, who helped to supervise the project, confirmed that the agency had identified climate change and food, water and energy security as issues of importance to the agency.

It wanted Kalliston to look at how climate change would affect South Africa and to provide solutions to address land redistribution and to increase South Africa’s competitiveness in the agriculture industries. 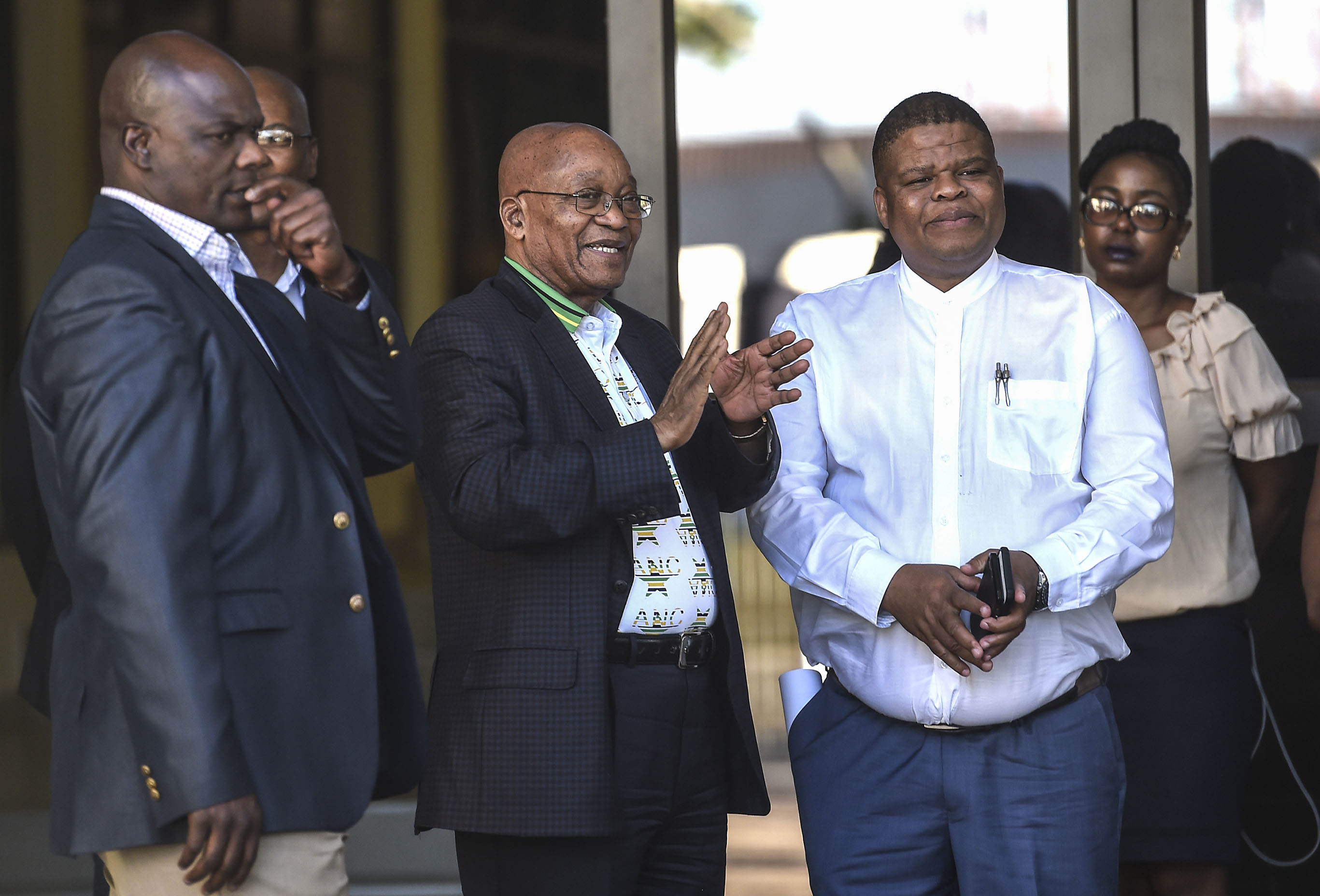 “It was a fantastic project; it was going to be taking the challenges we face not necessarily today but challenges we are going to be facing 10 years from now, like the drought patterns that are already happening in Cape Town,” the former SSA project supervisor said.

Barnard was identified as a key player in the project because of his links to Afrikaner farmers, who could be persuaded to join emerging farmers in a plan to increase South Africa’s competitiveness in agricultural business and address land redistribution.

“He was essential in ensuring Afrikaner farmers enter into agreements with emerging farmers,” the former SSA project supervisor said.

According to a source who worked with Kalliston, the company was established to work on the SSA’s project. Experts and consultants were paid by the company to produce research that would be compiled into “weekly reviews” and a final report that would be handed over. Both sources in Kalliston and the SSA confirmed that the final report was compiled and handed over to Zuma.

Both sources also said the report was never used. “They did nothing with it,” said the source who worked with Kalliston.

In January 2014, the SSA gave Kalliston three months’ notice that it was terminating the contract, according to the agency’s court papers. Kalliston continued to render services until the contract was cancelled in April, and the SSA made its final payment in April 2014.

But, Kalliston claimed it was owed R24 001 560 for another year’s work. In March 2016, Kalliston invoiced SSA for the R24-million. The SSA failed to pay the amount and it did not respond to a letter of demand. Barnard then went to court.

In his initial papers, filed on November 1 2016, Barnard made no mention of his meeting with Zuma. But on April 24 2017, he amended his papers to include the meeting.

The second agreement, if considered legitimate, would in effect nullify the SSA’s termination of the contract, Kalliston said in its papers.

READ MORE: Who’s keeping an eye on South Africa’s spies? Nobody, and that’s the problem

The M&G has confirmed that the agency obtained a legal opinion, which advised that Kalliston should not be paid R24-million, and its case should be opposed because there could be irregularities in how it was first contracted to the SSA. But two sources in the SSA and Kalliston have denied any irregularity in the initial contract.

The case is in limbo; neither side has made a move to have the matter heard in open court. — Additional reporting by Thanduxolo Jika