Behind the gates of an orphanage at the end of a dirt road on Nairobi’s outskirts, more than 30 children are being given plates of rice and beans in a stuffy room that smells as though it serves as dining room, physical therapy room and toilet. The scent of the food does little to mask the overpowering smell of faeces and urine.

Babies lie on worn, stained mattresses. Beside them, four children are tied in standing positions in order to “strengthen their legs”, the physiotherapist says.

One boy is in visible pain, screaming and reaching out to one of the caregivers. This session will last two hours.

Another boy restrained in a chair is being spoon-fed by a staff member, who then slaps the child’s face.

Compassionate Hands receives donations from individuals and organisations around Kenya and across the world.

Here, staff say four children sleep to a bed in overcrowded dorm rooms where they are locked in for 13 hours a day – conditions that are life-threatening, according to Disability Rights International (DRI), an organisation campaigning for children with disabilities.

Compassionate Hands’ executive director, Anne Njeri, was born with a disability and founded the centre to help others like her. “There is a lot of stigma and discrimination towards these children with disabilities,” she says. “The chances to survive, and access to public resources and to help them is very minimal. That is how most of them have ended up in institutions like ours.”

She denies staff’s claims that children sleep four to a bed, and says this only occurred while the orphanage was being built. “We try to give a chance to those who have little opportunities. Apart from sheltering them, we try to give them education, food and therapy. Sometimes not everybody will think you’re doing something good. But if it is ‘life-threatening’, the local authority would have come and told us. We are trying our best, we’re trying to build a place in the best way possible.” 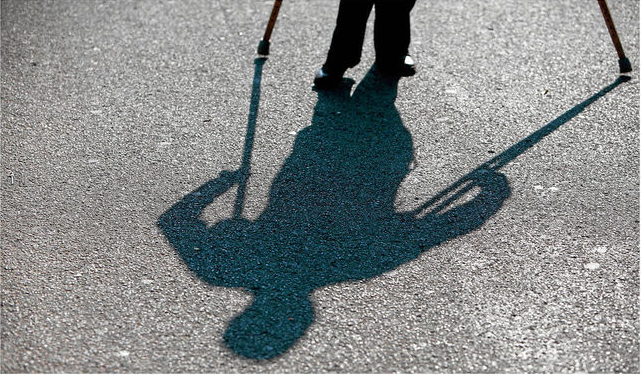 Conditions here are not an isolated case. At the crumbling building of the Maji Mazuri institution in north-east Nairobi, a young man, believed to be 26, sits in a wheelchair tied to a pole in the yard. He is wearing a diaper, which attracts flies, and is playing with rocks he has picked off the ground. The staff say he will probably spend all day here – and he is likely to spend his entire life at the institution.

Janet Kabue from Maji Mazuri later told the Guardian: “No child spends the entire day tied to a pole, as they are taken in the dining hall to be fed, in the dormitory for their diapers to be changed.”

She said the young adult was rescued off the street and is “severely mentally challenged and epileptic”. Due to his condition he hits his head on surfaces or tries to bite other children, she said, which “necessitates securing his wheelchair to protect him from injury”.

When the Guardian visited, the young man was quiet and did not move.

Inside the building, children with cerebral palsy and autism are locked in a small dorm room for at least 11 hours overnight, according to one member of staff, and the DRI report echoes this allegation. The institution disputes the claim, saying that the children are not locked in the room, and that they are only there during sleeping hours.

Yet across Kenya, there is a culture of neglect in institutions for children with disabilities, according to a recent study by DRI. A two-year investigation by DRI and the Kenyan Association for the Intellectually Handicapped (Kaih), a grassroots organisation protecting the rights of children with disabilities in communities, found thousands of disabled children living in “dangerous” conditions at orphanages.

The study also found a culture of stigma and discrimination against people with disabilities that has led to widespread pressure on families to give up their children to orphanages.

Stigma against children with disabilities can lead to infanticide in some communities.

“The assumption that people with disabilities have no potential is so dangerous,” says Priscila Rodríguez, DRI’s associate director. “Once it’s assumed that they can’t have a full life, their lives are going to be thrown away. They’re either going to be left in isolated, inhuman places like this, or they’re going to be killed by their communities and families.”

Children are admitted to the Compassionate Hands orphanage after they have been abandoned by their families because of their disability. “Families want nothing to do with them because of their needs. In some communities they believe kids with disabilities are outcasts – a curse,” says Jackie, the facility’s coordinator, who does not give her surname. “They don’t want to be associated with them.”

Many children end up in institutions. There are at least 1 500 registered orphanages in Kenya, and potentially hundreds more that are unregistered, where children lack one-to-one care and can be locked away and restrained for hours on end, sitting or lying in their own excrement, DRI says, though there is no suggestion that this is the case at Compassionate Hands or Maji Mazuri.

Research has consistently shown that putting any child in an institution can cause psychological damage, and leads to developmental delays, argues a 2014 study published in the journal, Monographs of the Society for Research in Child Development. Children living at such facilities worldwide are at increased risk of violence, or trafficking for sex, drugs or organs, and torture.

“Even in the orphanages, they don’t have the skills or facilities to take care of children with disabilities.”

The discrimination against those with disabilities has deep roots and spans different social and economic groups.

Josephine has a 14-year-old daughter with cerebral palsy and lives in Nairobi. She says there is an attitude of “just leaving them to die”.

The family has experienced persistent discrimination, including her daughter being refused entry to a bus. “Wherever I go out people would tell me: ‘This lady has been cursed.’ Some say I tried to have an abortion, or that I got pregnant with an old man and that’s why my child is like that,” she says.

Stigma is such that disabled children are known to have been killed in some communities – a practice that still occurs. Almost 40% of women interviewed by DRI who live in Nairobi said they had been pressured by their community or relatives to kill their disabled child. This rose to 54% of mothers living in rural areas.

George Otieno Mjoki has a five-year-old son with a disability and campaigns for the rights of disabled children. He and his wife were left to discover their son’s condition themselves after he was born, he says. “I remember one nurse remarking that they had better kill the child because they knew the frustration that parents would undergo,” he says.

He has worked in some rural communities where “even now they don’t allow the child to grow. They leave the child in the forest for the hyenas – it is still happening.” 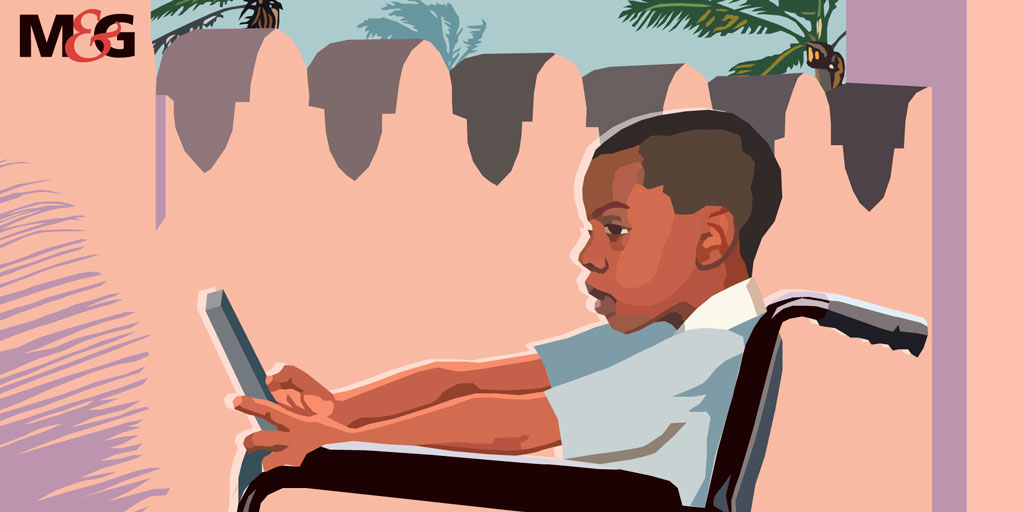 Kenya, was among 44 nations to sign the UN’s Convention on the Rights of Persons with Disabilities. It has already committed to inclusive education, and a year ago the government banned the opening of new institutions (though it doesn’t stop existing facilities from admitting new children).

Crucially, the government has introduced a social protection fund where families with disabilities are given around $20 (R280) a month, reaching an estimated 47 000 families. In July it co-hosted a disability summit in London, drawing up 170 new commitments to the rights of people with disabilities. The United Kingdom international development secretary, Penny Mordaunt, praised the partnerships between the UK and the government of Kenya on these aims.

However, many people are yet to see such commitments translate into everyday life. DRI and other Kenyan rights groups are calling on the country to enforce laws against infanticide, offer support to vulnerable families, and mobilise funding and initiatives for community-based support.

“What I need as a mother is not the $20, I need services in my community that are accessible and affordable for my child,” Wangare says. “The government is now more receptive to disability, but it can do more than that.”

“I imagine a society where we will say we are not taking persons with disabilities into orphanages, they are able to take care of themselves,” says activist Otieno Mjoki. “We are looking forward into our struggle for that world, one day.”

This is an edited version of a feature originally published as part of the Guardian’s Global Development project.