A big scoop for African indulgence

There is alchemy in loss. Grief is a catalyst that can lead one to the hard work of peeling the self open, of uncensored re-evaluation, of reframing one’s trajectory. For Tapiwa Guzha, the death of his maternal grandmother, Vasoko, in June this year, pushed him to start his own business. “It was the kick that I needed to do what I want to do with my life,” he says.

Guzha is a molecular biologist by day and makes ice cream he terms “an African indulgence” by night.

“I’m happy as a scientist. I enjoy doing it and I’m inquisitive about nature and how things work. But academia has a way of taking things away. You must only do research that you know will get you that ­funding and get published. I don’t think it’s a sustainable model for me. I needed something that spoke to me a lot more.”

Soon after his loss he debuted his first Instagram shot of his ice cream, under the brand Tapi Tapi.

Guzha grew up in Harare, Zimbabwe. When he wasn’t at boarding school he’d be at Vasoko’s house in the suburb of Marlborough.

“We grew up as a bunch of cousins … Everyone did everything — there was no division of labour. We all cooked, fed the chickens, did outside chores, chopped wood. The thing I liked about cooking was baking. I actively sought it out with her.”

The admiration he has for Vasoko’s culinary skills is evident in how he speaks about her. He admits that his mother cooks good food — he just didn’t grow up on it.

About Vasoko, he says: “A lot of Zim food I ate in that house had a sweet slant. Shona or Zimbabwean culture doesn’t really do dessert … Gran used to go to England a lot and bring back sweet things. She’s the only ­influence on my cooking, especially my sweet cooking.”

Food nostalgia: Tapiwa Guzha strives to create ice cream with tastes that evoke childhood memories while also encouragingthose who try it for the first time to find the fruits behind the flavours. Photo: Supplied

But there’s also a link between the practice of science and the art of making ice cream that may not be evident at first. “Before 2015 when I was still doing my PhD, I had access to dry ice in the lab. Deliveries came with dry ice, which was left to sublimate after.”

Having watched an episode of MasterChef in which they made ice cream using dry ice, it occurred to Guzha to put the leftovers to better use.

This was especially welcome in a “ridiculously hot” Stellenbosch where ice cream was a simple way to cool down.

Able to source his own supply of dry ice, he realised that he could make ice cream and have it ready within 40 minutes — using the exact flavours he wanted. He started experimenting. He defines his creations not as scoops of ice cream, but rather as scoops of “dishes”. 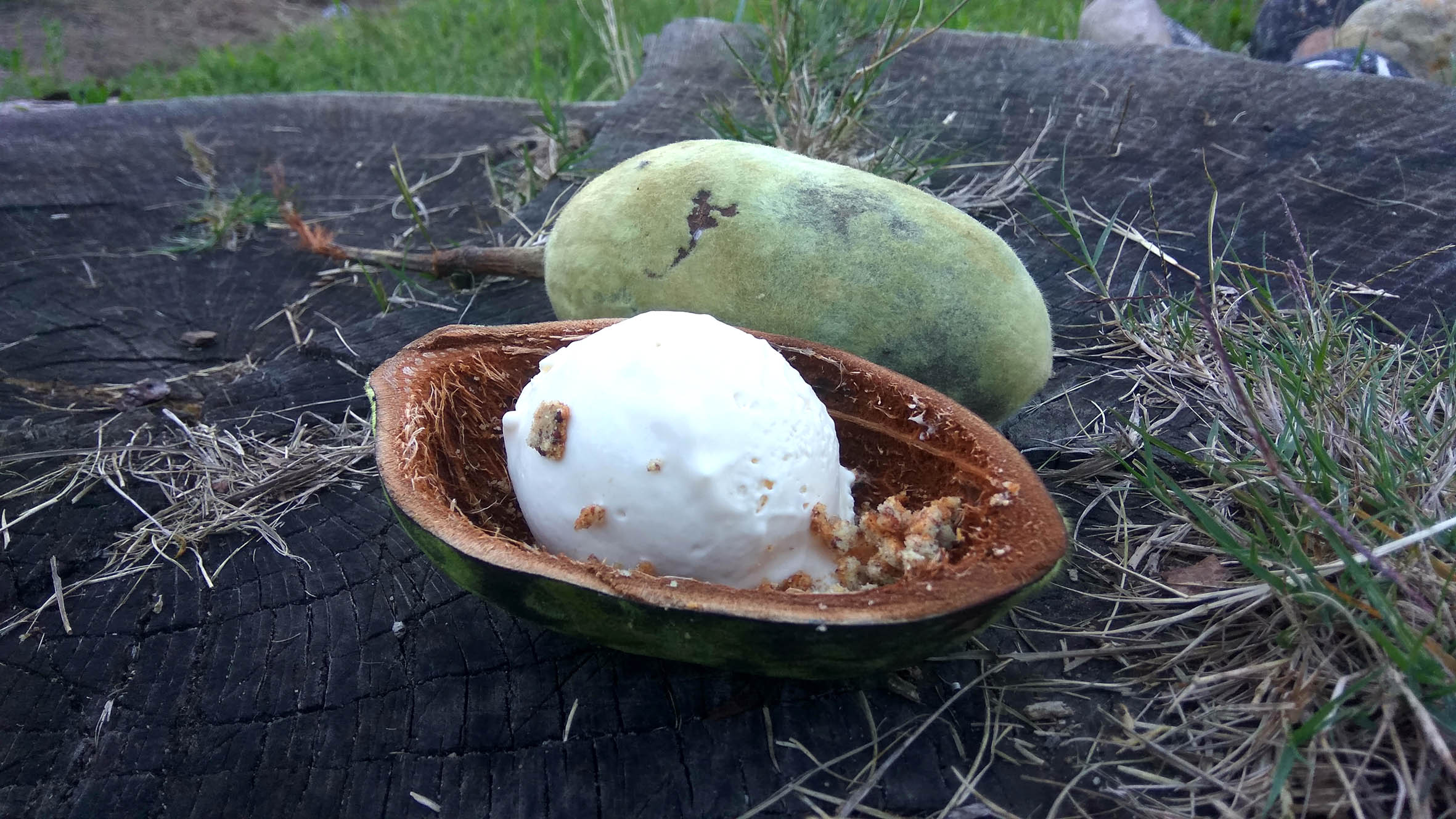 “So, I can simply make the thing with the flavour and put that into the ice cream. What’s important to me are the flavours around the dish I’m emulating as well — the burnt bits around the fire … I try to celebrate the ingredient in whatever way heightens it. I want to make something delicious with the intention that someone tasting it for the first time then says: ‘Okay, tomorrow I’m going to try this fruit.’ ”

His work conjures up food nostalgia. He explains that to evoke nostalgia one needs to get across the flavours of long-ago memories that may have faded from vibrant intensity into shades of sepia.

He realised early on when he was still messing around with ice cream that sometimes his dishes would be too sweet. So he started to experiment with more tame flavours to widen the palate spectrum. “Corn bread and roasted plum, honey and thyme, carrot, sweet corn — those are great ice creams, but they never work alone. Those flavours are still quite weird to the tongue. They work better with balance. Someone asked me to make them pesto ice cream, for instance. Instead of parmesan I used sour cream for that funky umami vibe. I’ve done blue cheese ice cream with almonds — they just work.

He adds: “Pig and apple is a classic flavour combo, for instance. But sometimes I have this amazing flavour and it needs something else ­— but, because there’s no established something else to pair it with, it can be very frustrating.

“There’s a place for savoury ice cream. I’ve made bacon and caramel ice cream where the bacon acts as the salt. This was still at the point when I was just experimenting — before I established the main focus.”

“I had the uncomfortable realisation that there aren’t any truly African ice cream options around. I’d been making ice cream for four years and it hadn’t occurred to me either. Malva [pudding] and milk tart are safe and predictable. I wanted to redefine something that represents us.” 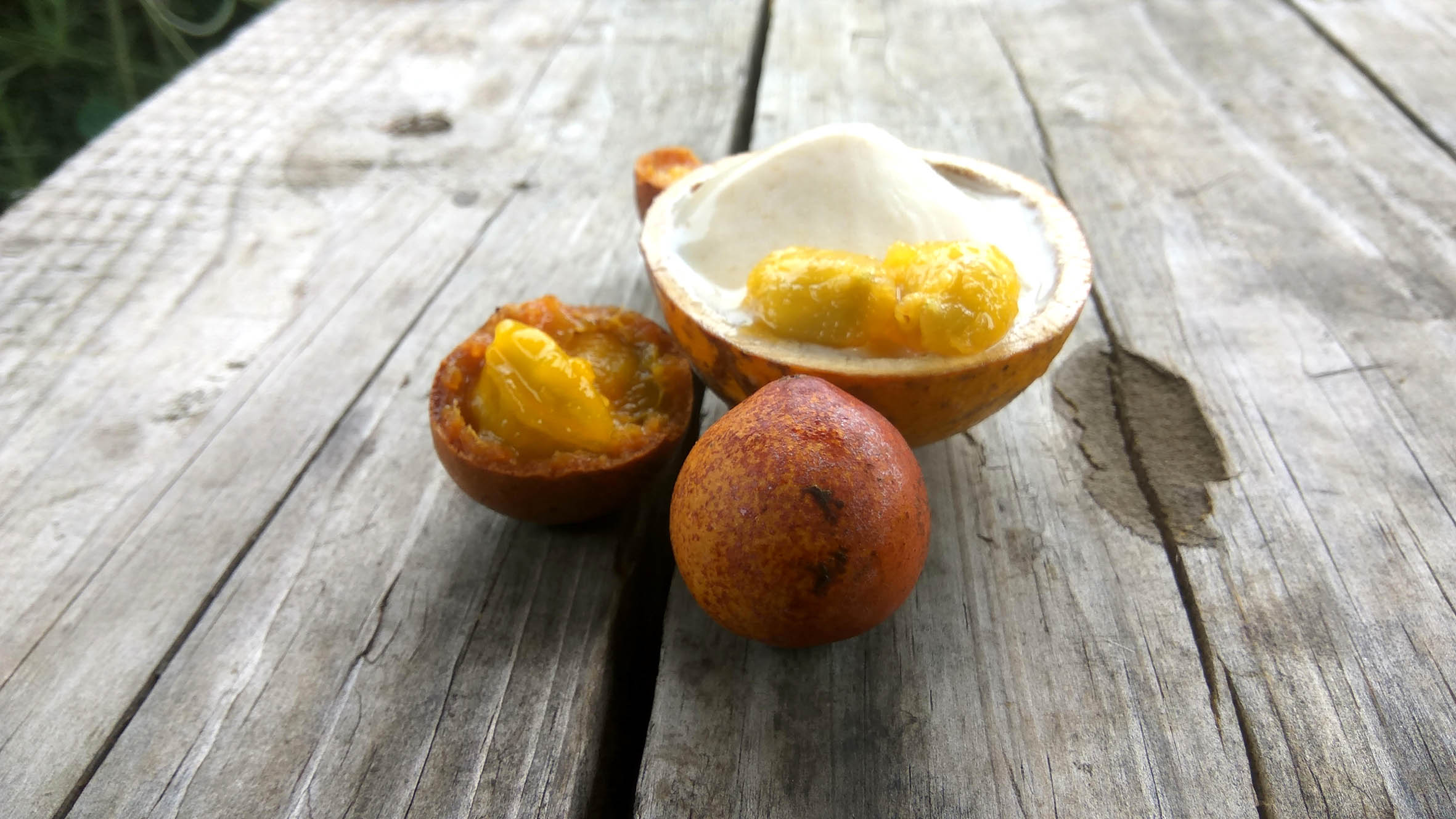 He recalls enjoying various fruits and vegetables growing up. “For me, childhood flavours equal local produce. My grandparents on my father’s side had a massive orchard — so we had seasonal fruits.

“Our food is seen as commonplace and trivial, whereas it’s pretty unique because our flavours exist in a limited space. And for me it’s about using this fruit to enhance the product.

“It’s jarring, because you wouldn’t think to buy this produce in supermarkets. The idea of buying mazhanje [wild loquat] in a supermarket is unusual. People wouldn’t be willing to pay the super­market price for it because they have it in their yards. It’s delicious and we love it, but people undervalue it.”

He says that educating people about our food is important: “Our food is only seen as relevant when some European curator has used a certain language to gentrify it. That’s how the ice cream tastings came up. They highlight the ­importance of having conversations about our culture. They sit as a record. Most authors writing about our food aren’t necessarily people of colour. And when there’s active research about us it’s often not being done by us.

“I love indigenous food because that’s what I grew up eating,” he says before autocorrecting: “I actually don’t like that word — I use it as a crutch because there’s no ­better way of explaining what I’m trying to do. I’m not making indigenous food — I’m making food. I’m interested in food from the continent … Perusing those different regions can only improve my cooking skills and knowledge. I don’t want Tapi Tapi to be Zimcentric. It’s a cross-cultural exchange about how similar or different we are. It’s about the produce as well as the flavours from your childhood.”

In creating his dishes, however, Guzha is not a purist. For him the focus is on highlighting the ingredient, not a concept.

“There’s always room to improve a thing. If I have to bastardise it I won’t shy away from that. Some dishes need some modernisation. But it’s not about disrespecting the one that exists already. It’s about: if I tried cooking it this way it would be a different experience. Meaning, it’s still about the ingredient. And if there’s a way to make it delicious differently, why not?”

About why he moved into the ice cream space, he says he’d been thinking about opening a restaurant for a while — one that served just desserts. Going through his social media pages, he realised he had already created more than 100 different flavoured dishes over the past four years.

His idea was originally quite Eurocentric — modern French techniques and molecular gastronomy methods that he still employs — albeit his process is now intentionally less whitewashed.

For instance, he says, the name was never going to be something like: “Delray’s Delights — that’s very disconnected from me.” Tapi Tapi, which he coined in October last year, is reminiscent of the jingle of a Sun Jam advert he heard growing up. It had the tagline “nhapitapi chete” (a loose equivalent of yum yum, but specific to a sweet taste). He changed Nhapitapi to Tapi Tapi because they are synonyms in different Zimbabwean dialects, have similar rings and is a play on his name, Tapiwa.

Guzha also started his business because he wanted to work for himself.

“But, more importantly, I want to show people that you don’t have to have shoot-for-the-moon goals and targets before you can kick off. You don’t need all the funding, and a social media team. My approach was very guerrilla. You have to work within your circumstances. If you want to work for yourself there’s never a right time to start … and I’m fortunate to still have a cushion at work. If it’s not a financial success then at least it was a success because I did it. I started.”