The battle of the banks

The new year spells major changes for the banking sector. Although the big four will not immediately feel the heat from new entrants, their arrival is good news for customers at every level of the market, say analysts.

The digital newcomers — Tyme Digital, which is up and running, and Bank Zero and Discovery Bank, which are both expected to be launched later in the year — are promising lower fees, better interest rates for savers and simpler, more transparent products.

This is also the basis on which Capitec has grown in recent years, steadily loosening the chokehold that Standard Bank, Absa, Nedbank and FirstRand’s FNB have had on the South African market. It has also built its operations by targeting lower-income customers and offering them credit, an area ignored by the big four in the past. 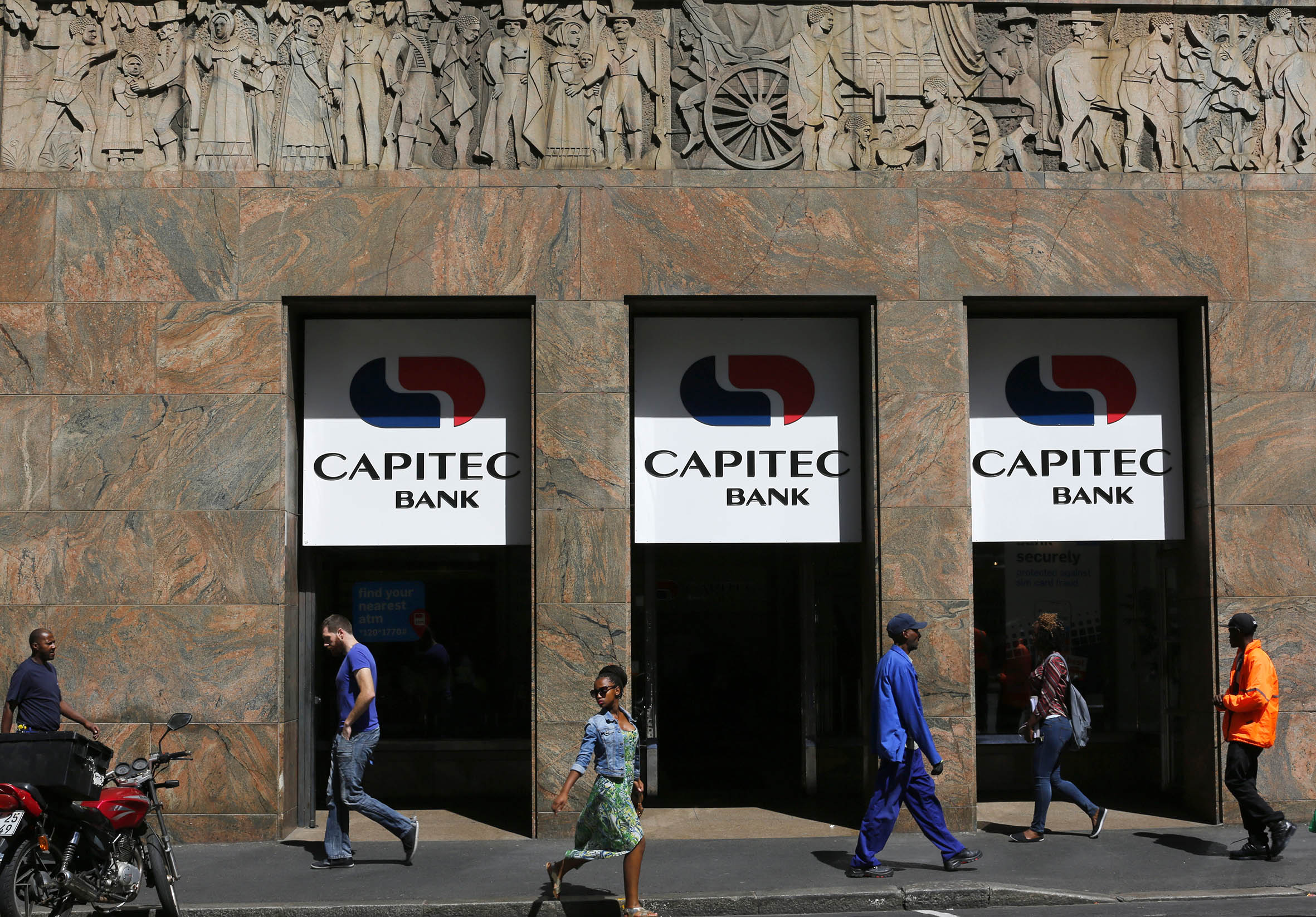 Capitec’s arrival is one of the reasons banking fees have steadily declined in real terms, according to Connie Mulder, the head of trade union Solidarity’s research institute.

Each year, the union compares bank charges for transactional accounts, based on consumer transaction needs, in its banks charges report. Its 2017 research revealed that fees had increased on transactional accounts in nominal terms but, when inflation is taken into account, prices had decreased, particularly on products for customers with a low income and basic banking needs (making 12 and 17 transactions a month), and those marketed to customers with, what Solidarity terms a middle-class income and sophisticated banking needs (or 25 transactions a month).

But an immediate and dramatic drop in banking fees is unlikely and the advantages of the incumbents, including their ability to hold on to their existing customers, should not be underestimated, says Jan Meintjes, a portfolio manager at Denker Capital.

He says the established banks, apart from Capitec, make most of their money by selling an integrated banking solution to customers, which provides them with a range of services, for which clients are prepared to pay. This applies to the middle- and upper-end retail market, as well as commercial and corporate, he says.

In banking, 20% of the customers typically provide 80% of the profit. “The ability of the established banks to hold on to these customers should not be underestimated,” Meintjes says. The new entrants will trade in a niche but “will struggle initially to provide a range of services to customers”.

But established banks are likely to feel the effects of the new entrants in the form of new client growth. “The pricing battle for services in this environment impacts more the client acquisition performance of the established players.”

The success of the new banks will have an effect on some bank fees for specific services, Meintjes says, but he does not see a major short-term impact. Over time, however, the established players will struggle to increase their client base. This will in turn stunt fee growth, keeping it below inflation.

The established banks will continue to lose market share where they are not competitive, he says. “But it is not about the price of a single service; it is the perceived value the client gets from a range of services,” he says.

The large banks offer such a range, such as the ability to buy airtime, as well as rewards programmes, which accompany many banking bundles aimed at various tiers of customers.

Banks such as FNB have gone so far as to allow customers to sell their homes through its banking app to other FNB customers who qualify for a home loan. Customers can also renew their vehicle registration through FNB.

Convenience is something that should not be overlooked, says Mulder, and the major banks are working hard to keep customers on their platforms. Although Solidarity does not compare the various rewards offerings such as FNB’s eBucks, Standard Bank’s Ucount, or the Absa Rewards programme, given their complexity, these kinds of programmes make it possible for banks to compete on a “much broader scope”, he says.

Meintjes says Discovery Bank is the most likely to present a risk to the incumbents given the customer base of its existing financial services business and its Vitality programme. A “fair chunk” of these customers could well make up the more profitable clients that other banks have on their books, he says.

Discovery has not provided any pricing information, but will do so when it is launched in March. The bank will offer clients “dynamic interest rates” through its Vitality Money programme, which will allow clients to improve their interest rates on savings and lending, according to Discovery Bank chief executive Barry Hore.

Clients will receive base savings and lending rates, which they can then improve based on their Vitality Money engagement, he says. Bank clients can also get increased Vitality rewards such as 100% cash back on gym membership and up to 75% off flights.

Although it will be app-based and branchless, Discovery Bank will offer a broader suite of other services, such as allowing customers to settle medical co-payments at Dis-Chem and Clicks by linking them to the Discovery Health Medical Scheme.

It will offer unsecured loans in the first phase of its roll-out, says Hore, but it will not initially offer products such as vehicle or home loans.

According to Meintjes, the other entrants will follow a client acquisition strategy with a limited number of services, which is “far more difficult”.

“Look for them to team up with partners with access to large client numbers,” he adds.

Tyme Digital has, in fact, partnered with retailer Pick n Pay and its Boxer stores to roll out Tyme banking kiosks where customers can open accounts and transact.

The bank charges no monthly fees, offers free day-to-day transactions and up to 10% interest on its GoalSave plan depending on how long the money is kept at the bank. During the year, it will introduce other products.

The bank, which is owned by businessman Patrice Motsepe, is not targeting any specific market segment, says Shabalala, but it “will appeal to and create value for the majority of South Africans”.

As a digital bank with a cost base that is “a fraction of traditional banks” and without bulky branch infrastructure, Tyme is “not dependant on high transactional fees” and cost savings can be passed on to customers, he says.

But Tyme’s main competitive advantage is that it is small, nimble and able to introduce new offerings and make changes to existing ones, based on customer demand, “quicker than anyone has been able to before”, he says.

For its part, Capitec is taking new competitors “quite seriously”, as it does the traditional banks, its head of marketing and communications, Francois Viviers, says.

“We actually think they will add momentum towards the revolution of simple, affordable and digitally driven banking that Capitec has pioneered for the mass market.

How the banks rank

According to South African Reserve Bank data, the big four banks still dominate the market when measured by total assets, followed by Investec and Capitec.

According to the bank’s most recent banking supervision report, which draws on data from 2017, Standard Bank and FirstRand are the largest, with R1.3-trillion and R1.1-trillion in assets respectively.

They are followed by Absa with R983-billion, Nedbank with R892-billion, Investec with R415-billion and Capitec with R87-billion. Newcomers Tyme and Discovery Bank by comparison held assets of R1.4-billion and R622-million at the time.

But the major banks’ growth in assets year on year is less than stellar. For instance, Standard Bank’s assets grew by less than 2%, compared with Capitec, which recorded growth in assets of more than 21%. Of the big four, only FirstRand’s growth was in the double digits at more than 10%.

Retail banking is a maze

Despite the changes in retail banking in recent years, it is still a difficult terrain for consumers to navigate.

This was revealed in a diagnostic report on the sector, prepared by the World Bank for the treasury and the Financial Sector Conduct Authority, which was released last year.

For instance, with transactional accounts for low-income customers, pricing bundles appeared to be driving customers away from branches and ATMs to digital channels, ignoring customers’ preference for transacting in cash. Significant charges made branch and ATM services, favoured by low-income individuals, much more expensive, the review found.

For middle-income customers, the structural complexity of and differences between the major banks’ bundles, and in each bank’s individual transaction pricing, still made it difficult for customers to compare products. The same was also true for the design of fixed deposit products.

It could prove difficult for government to loosen its grip on the public purse, but economists say the current extraordinary circumstances require intervention
National