As Edcon, the owner of Jet, Edgars and CNA, fights to keep its doors open, it appears that it is the Public Investment Corporation (PIC), with its access to a R2-trillion war chest, that might make or break yet another embattled company.

But views are divided over whether the PIC, currently under scrutiny in the Mpati commission because of its investment decisions, should help to prolong the life of a company that has battled to cope with the changing retail environment, thanks to stiff local and international competition and the rise of online shopping.

The failure to save Edcon on the other hand would have “catastrophic” consequences for the clothing and textiles manufacturing value chain, according to Etienne Vlok of the South African Clothing and Textile Workers’ Union’s (Sactwu). Not to mention the knock-on effects it could have for the broader economy, such at the commercial property sector, he said ­— in which Edcon accounts for 10% of shopping centre space.

There is some logic to the PIC helping to recapitalise Edcon, some investment experts argue, if only to innoculate other parts of its portfolio against possible contagion if Edcon closes shop.

The PIC manages about R2-trillion in assets on behalf of the Government Employees’ Pension Fund (GEPF) and other social welfare agencies, such as the Unemployment Insurance Fund and the Compensation Fund. Its property portfolio includes the V&A Waterfront and Pareto, which owns shopping centres such as the Menlyn Shopping Centre, the Cresta Shopping Centre, The Pavilion and part of Sandton City.

In the case of the GEPF alone, the fund’s stakes in the V&A Waterfront and Pareto are worth just over R10-billion and R8-billion respectively, according to its 2018 annual report.

The decision boils down to an allocation of capital, according to Cannon Asset Managers’ Adrian Saville — essentially whether the PIC gets a return on invested capital that is above its cost of capital. If an investment in Edcon achieves this, then the PIC should “absolutely be allocating [it] money”, he says.

But the PIC’s portfolio is much broader than Edcon and the risk of second-order effects, such as contagion spreading to the property sector, and thereby to the banks, cannot be ignored, he says.

Even if an investment in Edcon merely breaks even and hedges against negative effects on the PIC’s broader portfolio, “it might be considered a really good allocation of capital”, Saville says.

Edcon has battled a legacy of debt since it was delisted in a private equity deal by Bain Capital in 2007. In 2016, Bain exited in a debt-for-equity swap, in which several of Edcon’s creditors, including banks and bondholders, took over one of the country’s largest non-food retailer.

The company has struggled on since. Early last year, under chief executive Grant Pattison, it announced the closure and rebranding of its Boardmans and Red Square stores into Edgars Home and Edgars Beauty as part of its efforts to streamline the business. 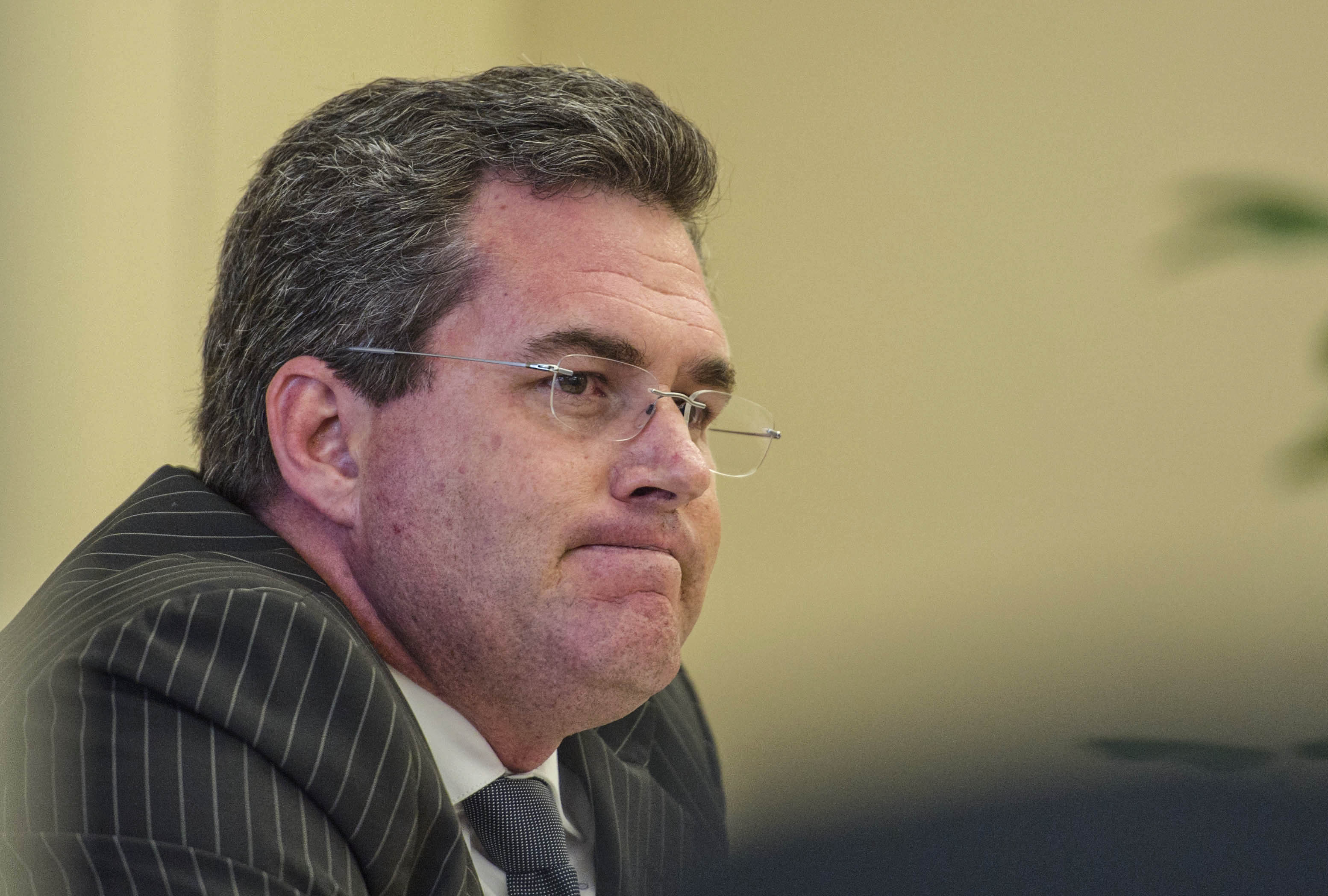 In December, it announced that its board had approved its recapitalisation plans and that its lenders had granted it waivers to allow it time to implement its plan. But this came after the Sunday Times reported that it had written to its landlords seeking much-reduced rentals, sparking speculation about its future.

Pattison has publicly stated that the recapitalisation of roughly R3-billion should give the company a two-year window in which to turn itself around.

The PIC did not respond to requests for comment but it told Business Day it is considering a proposal by Edcon.

But Nishlen Govender, a Citadel portfolio manager, warns that, if the PIC does invest in Edcon, it will set “a terrible precedent”.

“The effects of decisions in the private sector and particularly the private equity space need to be left to run their course,” he says.

Govender says there has been a step change in retail, with the arrival of brands such as Cotton On, H&M, Zara and Forever 21, forcing entrenched local brands to adapt or die. The likes of Foschini and Mr Price have introduced significant fashion updates to stay competitive but Edcon has fallen behind.

“Recapitalisation at this stage keeps doors open but this is a survival strategy rather than a boon to increase store footprint and update fashion,” he says.

He agrees that an Edcon failure would hurt the local retail property sector, given its 10% share of what is in many cases the most attractive floor space in the country’s malls but, given Edcon’s prime positions, any vacancies would be taken up by other retail companies.

“This encourages other tenants to seek discounts and is a slippery slope. Allowing new entrants to take over the space limits this risk and keeps property rentals healthy.”

The South African Property Owners’ Association’s chief executive, Neil Gopal, says higher vacancy rates in malls is “not good” but he also cautions against what may seem to be preferential treatment for Edcon. “This strategy could backfire with other tenants looking for similar treatment in difficult times,” he says.

Interfering in Edcon’s fate is “delaying the inevitable and halting progress”, Govender says. Apart from the property issues, concern is being raised about the 30 000 employees who might be retrenched. But, he says, this should only be a concern in the near term because new entrants and competitors would fill the vacant stores.

Vlok says more jobs are at stake than just those employed directly by Edcon. It was imperative that the PIC stepped in to prevent the social impact of a possi­ble Edcon failure.

According to a recent survey by Sactwu, Edcon procures 45% of its clothing products locally, the most of all the major retailers.

The effects would also be felt in concentrated geographic areas, because the company buys predominantly from peri-urban areas, particularly in KwaZulu-Natal, Vlok says.

There are about 60 000 jobs in clothing manufacturing, 30 000 jobs in textiles and 15 000 jobs in leather and footwear, he says. These figures exclude the roughly 40 000 jobs that the informal market supports.

“If Edcon were to be liquidated, there would be a huge impact on the local clothing and manufacturing industry,” he says.

He adds that the PIC also has a social mandate to consider in such cases and it is not just about returns.

The argument that Edcon’s competitors, particularly international ones such as H&M and Zara, could take up its retail space, does not take into account that they are not growing at a pace remotely capable of replacing Edcon’s mall footprint, Vlok says.

The PIC manages assets for several funds so does not necessarily have to use GEPF money to bail out Edcon, he says.

Edcon is in the final stages of restructuring and recapitalisation, and, although it could not share

the details, it had “significant support from all stakeholders, including landlords”, it said in a statement.

The extension of maturities and waivers by lenders last year could be automatically renewed to March 31, subject to certain conditions being met. The extension also demonstrated the lenders’ and noteholders’ support for the group’s strategy.

It said Edcon continued to focus on its major brands, such as Edgar’s, Jet and CNA.

It had restored the Edgar’s private-brand offering, including Free2bu and Kelso, and was pleased with the performance so far.

Its credit book had been mismanaged but it had “turned the corner on credit sales, with credit sales growth now matching cash sales”. The number of accounts was also increasing, it said. — Lynley Donnelly