‘Hidden in its walled garden within a stone’s throw of the Champs Elysées and La Défense, the Saint James offers its club members and guests a unique setting to hold a private meeting and to unwind,” reads the homepage of the Saint James Club in Paris, described as “a confidential place” and housed in a 19th-century bourgeois hotel. 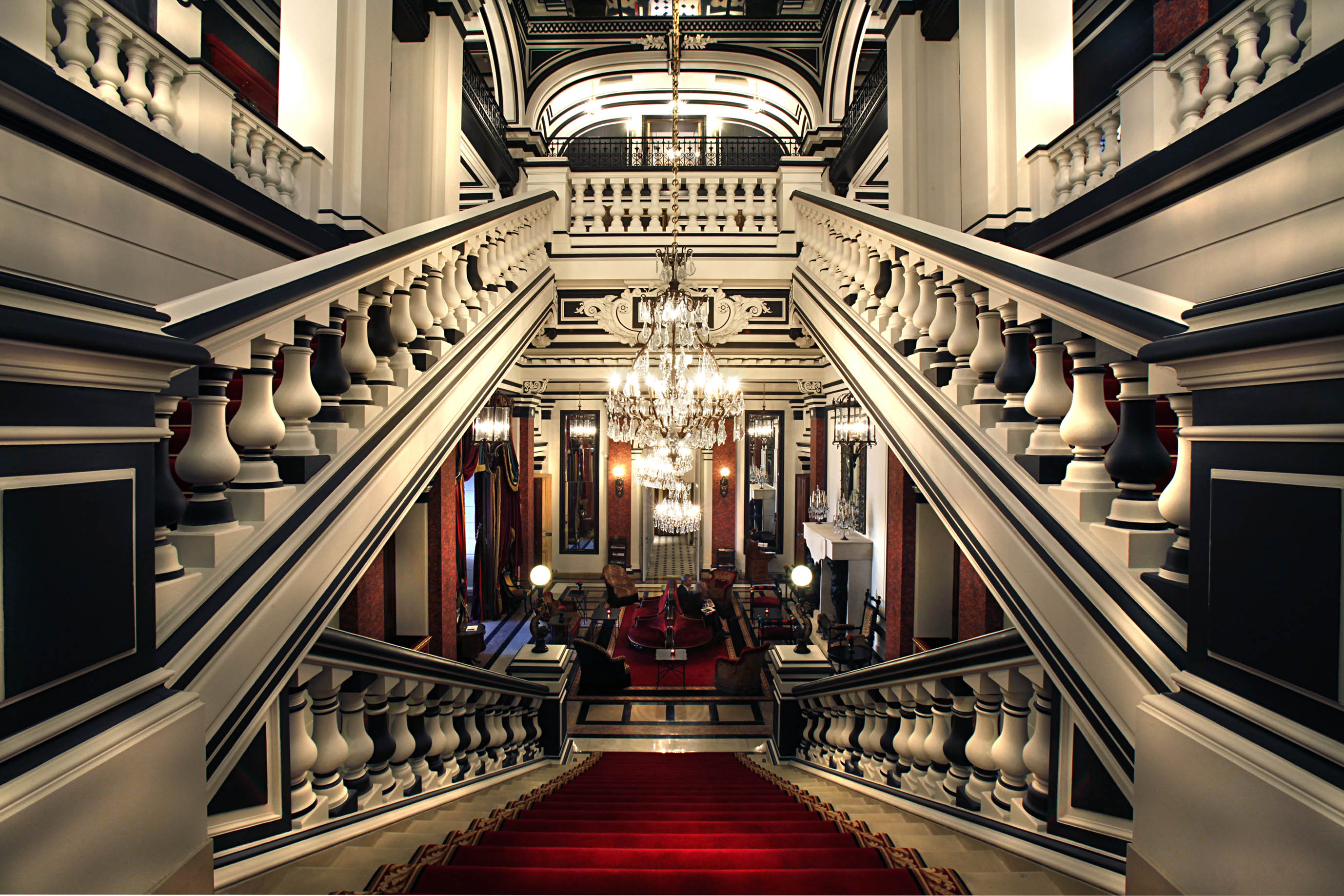 The lobby of the Saint James Club in Paris

It was here that Peter Fourie, the newly appointed managing director of a South African cement subsidiary, was summoned in 1998 to meet executives from parent company Lafarge.

Fourie testified at South Africa’s Competition Tribunal that Michel Rose, Lafarge’s chief operating officer from 2004 to 2008, and Alain Bourguignon, a member of Lafarge’s executive committee until 2016, were at the meeting in Paris in 1998.

At the time, a fierce price war was taking place in the South African cement industry, and Lafarge was unhappy because its South African subsidiary market share had dropped by more than 15%. The Lafarge executives explained to Fourie the “global rules” of the cement industry. In their minds, the only way you lose money in the industry is if you try to compete against your fellow cement producers by fighting them on price.

The Lafarge executives told Fourie to explain the “global rules” to South Africa’s other cement producers, essentially instructing him to start a cartel. This meant a margin was added to every construction project in the country for more than a decade between 1998 and 2009, artificially driving up prices. 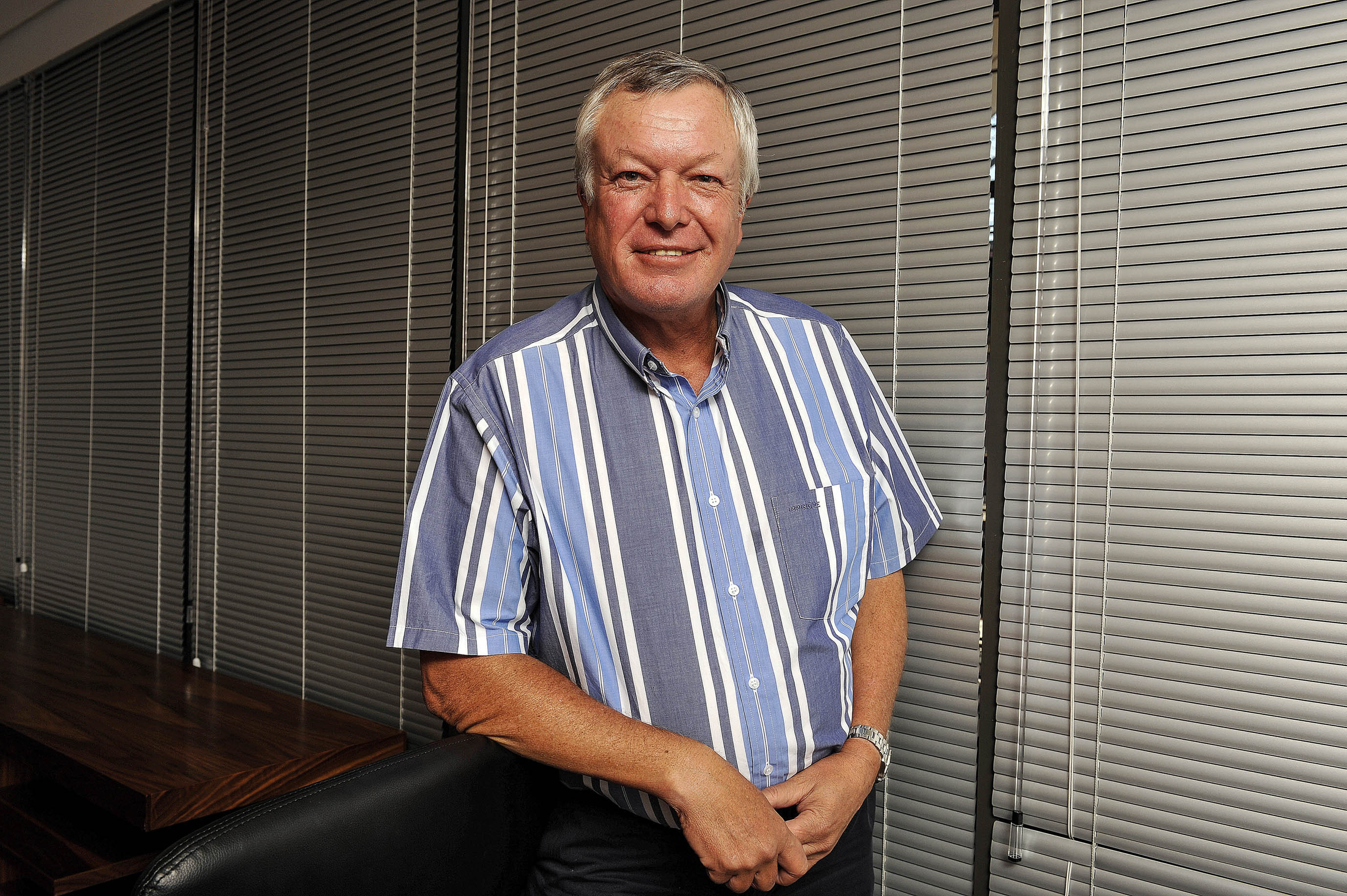 In 2008, the Competition Commission launched its investigation into the industry. A year later, it raided the offices of Pretoria Portland Cement (PPC), AfriSam, Lafarge SA and Natal Portland Cement Company Cimphor (NPC). At the time, PPC admitted to being part of the cement cartel. It was agreed that the company would be granted corporate leniency if it helped the commission to prosecute the remaining members of the cartel.

In 2011, AfriSam settled with the commission, paying a fine of almost R125-million. In 2012, Lafarge SA settled after coughing up R149-million.

But NPC held out, insisting it was not part of the cartel. The commission referred a case against it for prosecution to the tribunal in February 2015.

When the cement cartel hearing last sat in August last year, McKinsey & Company was placed front and centre after evidence emerged that the global consultancy had advised cement producers in 1998 to undermine competitors by secretly conspiring. A former managing director of AfriSam, Mike Doyle, who has since died, included this admission in a witness statement.

Doyle said McKinsey advised AfriSam “to cartelise the industry by adopting a strategy known as co-opetition”. Advocate Anthony Gotz told the tribunal this “co-opetition was based on the three core principles of predictability, transparency and a credible threats system, which are essentially the core elements of a cartel”.

When Doyle’s evidence made headlines last year, McKinsey denied it had advised its clients to collude. “McKinsey would never advise any client to take such action,” a company statement read. “We actually advised AfriSam to become more competitive in the market by improving their performance across a range of business functions.”

When Fourie joined Blue Circle Cement in 1995, he reported to the managing director, Pieter Strauss. Strauss, who was appointed in 1992, was on the board of directors when Fourie was hired. He was also the chair of the South African Cement Producers Association. At the time, construction company Murray & Roberts was Blue Circle Cement’s parent company, and it was suffering mounting debt.

Fourie witnessed the disintegration of the legal cement cartel that had existed under apartheid, testifying before the tribunal that, when he took up the job, the government notice to break up the cartel had been given. The legal cartel came to an end in September 1996.

He said the main objective of Blue Circle Cement at that time was to set up sales and logistics teams to enable the company to sell its own cement, something it had not had to do under the legal cement cartel. Then, PPC, Anglo Alpha Cement (later AfriSam) and Blue Circle Cement were the main cement suppliers in South Africa. PPC had the biggest market share.

The world’s largest cement-maker outside of China was Holcim (in 2015, Holcim merged with Lafarge), and it had a controlling stake in Anglo Alpha Cement, a subsidiary of the Anglo-Transvaal Consolidated Investment Company. Fourie testified that a mooted merger between Anglo Alpha and Blue Circle caused PPC to react “fiercely”, starting an “aggressive” price war in the local cement industry. The Competition Board, a predecessor to the current competition authority, ultimately refused the merger, but the price war hit Blue Circle’s market share.

Around this time, Fourie’s former boss, Strauss, was appointed managing director of NPC, a regional cement supplier with a presence in KwaZulu-Natal jointly owned by the three national cement-makers: PPC, Lafarge and AfriSam.

But the Competition Board ruled that the three national cement-makers had to sell NPC.

Fourie said that, for the shareholders to get the best value for the sale of NPC, they needed it to sell all the cement it produced. But PPC was active in KwaZulu-Natal, and Lafarge also did some business in the province. In August 1998, Fourie asked Strauss to organise a meeting after the NPC board meeting at Selborne Hotel, Spa & Golf Estate. Over the two days in which the meeting took place, the new cartel was born.

Present at the gathering were AfriSam’s Eugene Pienaar, PPC’s Colin Jones, Strauss and Fourie. Pienaar and Strauss answered to Doyle, who would later implicate McKinsey. Of the three shareholders, AfriSam was responsible for NPC’s management.

Fourie testified that PPC and Lafarge agreed to withdraw from KwaZulu-Natal and that the others agreed to use their local capacity to divide and share the South African cement market between them. AfriSam secured a share of between 35% and 36%, Lafarge’s share was between 22% and 23% and PPC had between 42% and 43% of the market. “We all agreed we needed to increase the value of NPC within two to three years before we had to sell,” testified Fourie. “Reducing price competition would increase profitability for NPC. Everyone present understood that.”

But this version of events is disputed by NPC. When Strauss testified before the commission, he denied being party to the agreement and said he didn’t know about the plan to sell NPC. “I didn’t know what was to be discussed at the meeting,” he said. “They had information prepared. I did not.”

When Gotz asked Strauss whether he had objected to the agreement reached at the Selborne Hotel, he said he was not asked “to agree or disagree”. Gotz repeated the question, to which Strauss replied: “No.” Strauss said he had no recollection of Fourie mentioning of Lafarge’s “global rules” of cement.

After the meeting, the commission alleges representatives of AfriSam, PPC and Lafarge met regularly between 1999 to 2002 to discuss the implementation of the agreement. Part of this involved the submission of detailed cement sales data to an audit firm appointed by the Cement and Concrete Institute (C&CI).

On a monthly basis, the audit firm aggregated the sales data across the firms and disseminated the information to the cement producers, who could use the data to measure their own share of the market as a whole, as well as for defined subregions, product and customer categories, and to monitor whether their rivals were abiding by the arrangements.

The commission argues that, although Lafarge, PPC and AfriSam jointly owned NPC until the early 2000s, representatives of NPC attended the collusive meetings and submitted data separately to the C&CI in accordance with the agreement to target market shares. NPC was, therefore, party to the anti-competitive arrangement. In 2002, Portuguese cement giant Cimpor purchased NPC from the three South African cement-makers. The information exchange came to an end in 2009.

When contacted for comment on Fourie’s testimony about the Paris meeting at the Saint James Club, LafargeHolcim said it had settled with the commission in 2012 and, because of this, was not party to the ongoing tribunal hearing.

This article was first published by newframe.com