Makhanda’s prophecy must be fulfilled

In April 1819, Mdushane ka Ndlambe of the Rharhabe section of the Xhosa declared war on the British colonial administration in Grahamstown (recently renamed Makhanda). Six thousand Xhosa warriors were armed with spears, shields and sticks. A few hundred British soldiers, armed with cannons, long rifles and six-pounder guns, stood waiting for them. The British were not alone. Alongside them were Boer commandoes and hundreds of Khoikhoi.

Ndlambe’s weapons were no match for the artillery of the British. Instead, what they had was belief. The secret to overcoming the might of the British army was Makhanda ka Nxele, one of the great war doctors of the Xhosa, a Christian convert and a prophet. Not only did they believe in his power to neutralise the lethal power of the British guns, the warriors also had faith that he could render them invincible. 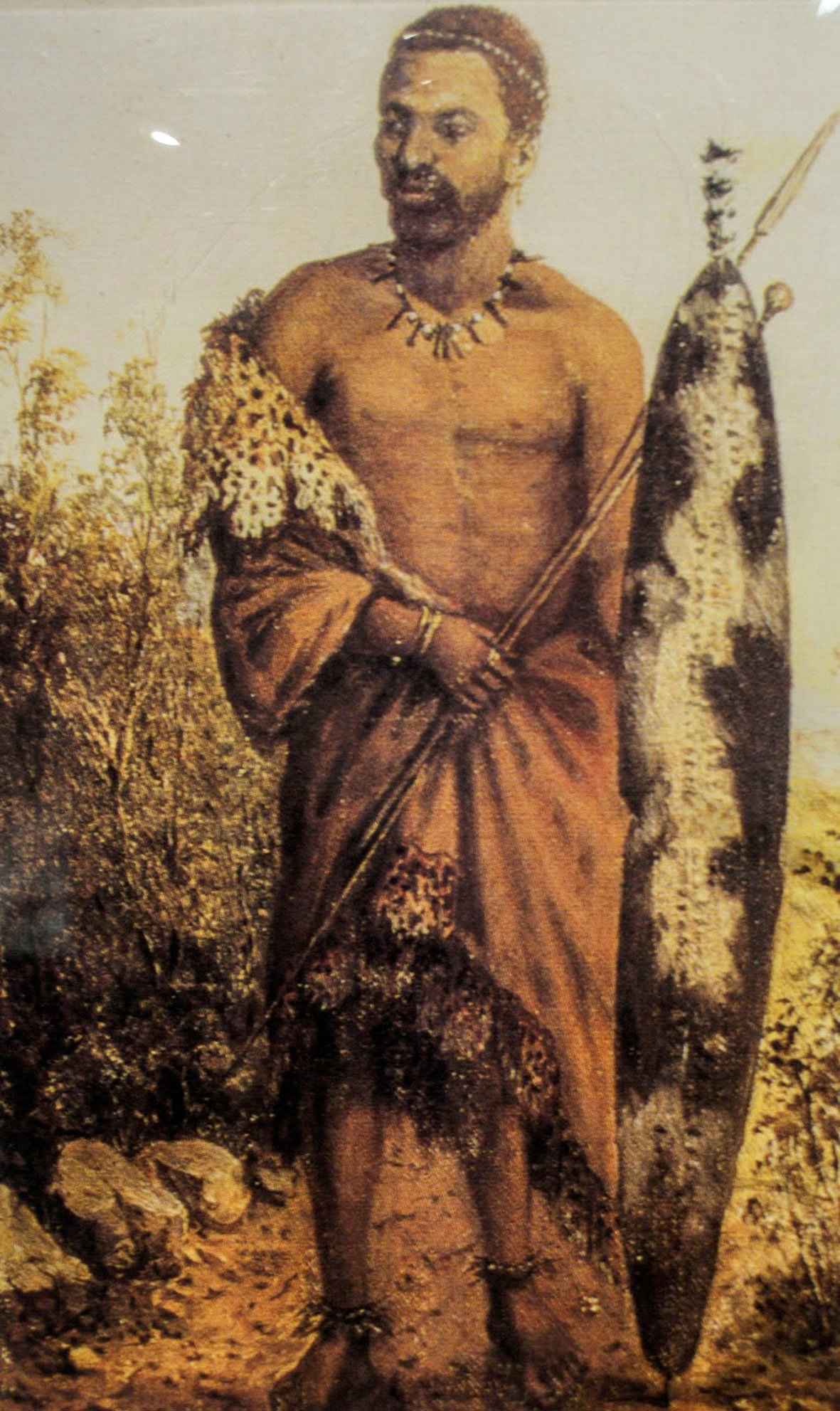 When the war ended in May 1819, Ndlambe’s men had been annihilated. Nxele’s medicine could not withstand British guns. At the forefront of the onslaught against the Xhosa were the Khoikhoi. The Boer commandoes followed, laying to waste hundreds more of Msushane’s men. Then the British troops entered, perfecting the killing frenzy.

In A Proper Degree of Terror by Ben MacLennan, the scene of war is described thus: “As the warriors came within range, the artillery men opened up a devasting fusillade … mowing down whole ranks at a time. The warriors let loose a first volley of spears, which for the most part fell short or were ineffective. Then, with their chiefs cheering them on, they advanced almost to the muzzles of the British guns, and many of the foremost breaking short their last spears to render them standing weapons before rushing in upon the troops. Some of them shouting ‘tayi! tayi!’ as they ran.”

As that war ended in bitter defeat, more was to come. Nxele was taken prisoner and sent to Robben Island, more land was taken by the British and greater political control was exerted over the Xhosa. The Cape Town Gazette of May 15 1819 reported that 500 Xhosas were killed. Later, perhaps more accurate estimates showed the number to have been in the thousands, excluding the injured. The Xhosa spears and the prophecy of Nxele killed no more than five people.

Apart from breaking the spirit of resistance among the Xhosa, the British wanted more. Thirty thousand cattle were confiscated. Corn-fields were burnt and people were expelled from their homes. Thomas Wilshire, a colonial administrator stationed in Grahamstown, found some delight in the macabre practice of “kaffir hunting” — in which Xhosas were hunted and shot on sight.

The plundering of the land, the political subjugation of the Xhosa and the confiscation of their cattle as spoils of war were familiar to the Eastern Frontier. Xhosa aggression, however, was uncharacteristic. Earlier wars against the British had been wars of resistance.

So, what caused the siege of Grahamstown?

To answer this, we must look at both external and endogenous factors at play in Xhosa society at the time. The Xhosa were deeply divided. Only a year earlier, in the battle of Amalinde, Ndlambe took on his brother Ngqika after he took Ndlambe’s wife, Thuthula.But other explanations for the war include Ngqika’s alienation of Xhosa land to the whites. Although Ndlambe won that war, he suffered casualties and his warriors were battle weary.

On the Ngqika side, one of those injured at Amalinde was one of the most trusted Xhosa war generals, Jong’umsobomvu Maqoma.

At the same time, there was an emergence in Xhosa society of a socioreligious force that displaced political authority — prophets. Nxele represented the emergence of this new force. He was influenced by the doctrine of Christianity with its emphasis on the resurrection of the dead.

In his preaching, Nxele urged the Xhosa to abandon evil and strive for purity of the soul to achieve eternal life. Nxele was raised among the Boers and so had encountered Christianity at an early age. Not only was he curious about the explanations of their military might, he was also curious about the source of their apparent mystical strength. Christianity, the belief in a supernatural God, was the explanation given.

He accepted this, although he attempted to balance it with a belief in Mdalidiphu — the creator of all things, including the deep sea. And because white people came from the sea, Mdalidiphu was therefore greater than them. Nxele believed the spiritual force would defeat that evil empire.

Another Christian Xhosa prophet emerged. Ntsikana, unlike Nxele, was a pacifist, emphasising peace and submission to God. When Nxele was embraced by Ndlambe and Ntsikana by Ngqika political divisions were cemented by religion.

At about the same time, on the instruction of the governor of the Cape, John Cradock, the Xhosas were expelled from Grahamstown, which they called Qhoyi. That expulsion, undertaken by Colonel John Graham — after whom the town was named — directly contributed to the Fourth Frontier War of 1811 to 1812. At the end of this war Graham announced the “total expulsion of the kaffir tribes from His Majesty’s territories”, a feat that had been achieved with “so trifling a loss on our part”. Cradock advised the British prime minister, Robert Banks Jenkinson, Earl of Liverpool, that he was “very happy to add that in the course of this service there has not been shed more kaffir blood than would seem to be necessary to impress on the minds of these savages a proper degree of terror and respect”.

Resentment over the expulsion and the loss of Grahamstown never died among the Xhosa (although there is no evidence that Nxele himself was among those expelled from the town). The Xhosa viewed Grahamstown as their land, hence the 1819 attack was, from their perspective, fully justified. 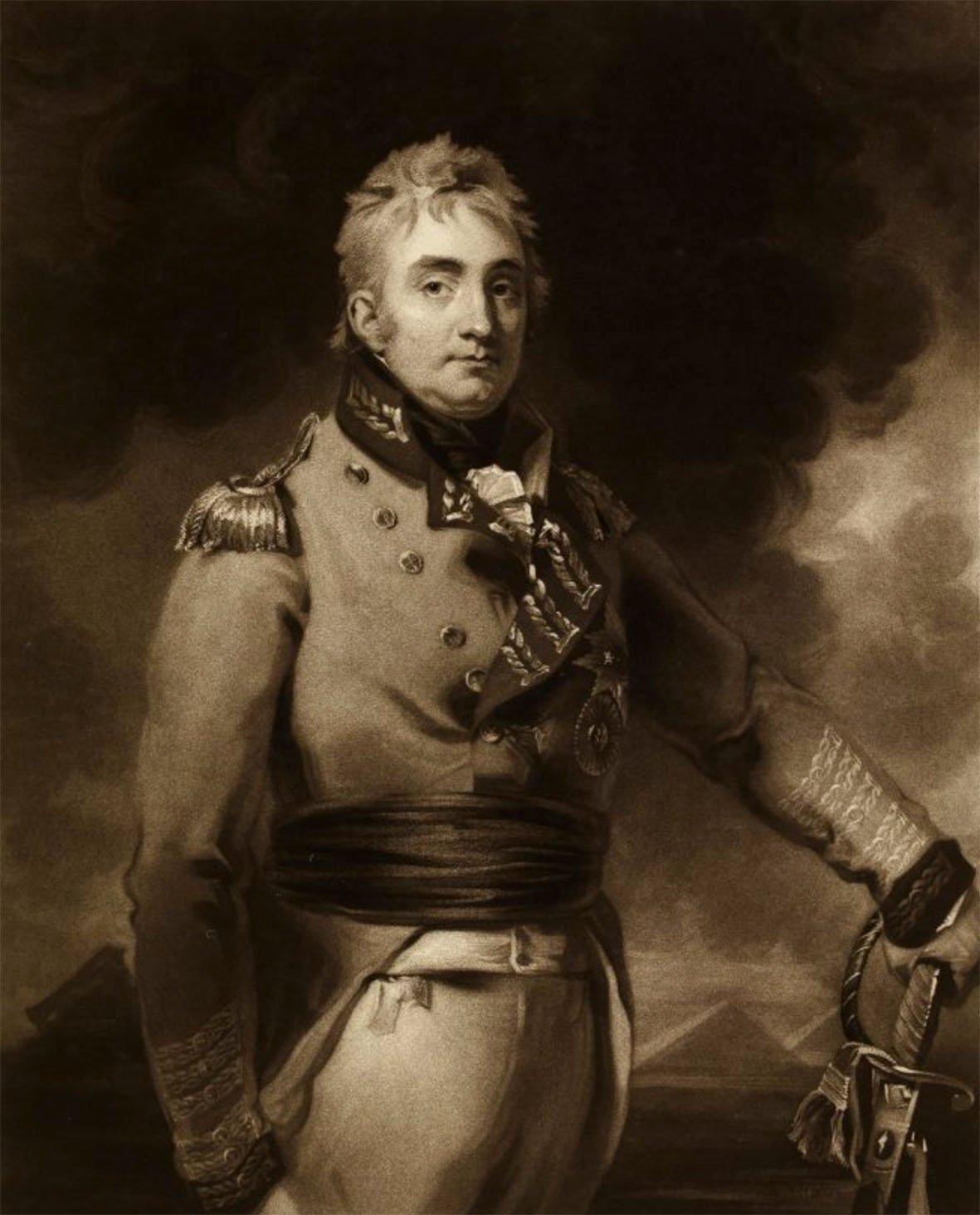 John Cradock, the governor of the Cape, ordered the expulsion of Xhosa people from Grahamstown

Since the Fourth Frontier War, the British had built military alliances with the Boer commandoes and the Khoikhoi, who were part of the Cape Regiment.

Thus, divisions among the Xhosa, the solid military alliance led by the British and the use of superior weapons and defence systems guaranteed the vanquishing of the Xhosa in the 1819 war.

Not only were the Boers thanked with land parcels, they also shared the cattle confiscated from the Xhosas — more than 20 000 taken in the 1812 war and more than 30 000 in the 1819 war. When the 1820 Settlers arrived in the area, the land was firmly in the hands of white people.

Nxele was taken to Robben Island in chains, where he remained in abject misery and desolution.

In 1820, a mutiny on the island almost bought him his freedom when he and David Stuurman, leader of the Khoikhoi, took a boat to reach the mainland. But, off Blouberg, the boat capsized. Stuurman swam to shore, but Nxele drowned. His remains lie in the deep sea of the Cape, no doubt overseen by Mdalidiphu.

Generations of Africans have waited for the fulfilment of Nxele’s prophecy: “There they come! They have crossed the Qagqiwa and they have crossed the Nqweba: only one river more, the Nxuba, and they will be in our land. What will become of you then? Let us combine, and be one powerful nation, that we drive umlungu into the sea.”

Although no one wishes to drive white people into the sea, the fair distribution of land is urgent.

As we commemorate 200 years since Nxele’s war over Grahamstown, we remember where it all started: with land and cattle.

Tembeka Ngcukaitobi is a human rights advocate in Johannesburg and the author of The Land Is Ours: South Africa’s First Black Lawyers and the Birth of Constitutionalism (Penguin)