It was at the very start of Brimstone Investment Corporation’s business journey that cofounder Mustaq Brey was given some advice from Professor Jakes Gerwel that he now calls “priceless”.

“We were passionate about creating a business that would also be able to play a role in uplifting people in our community as well as throughout South Africa,” recalls Brey of the black-controlled and managed investment company he setup with Fred Robertson.

“Jakes told us that if we want to go into business we have to be driven to make a profit because, without a profit, there was no way we would be in a position to empower anybody.”

These words served Brey and Robertson well in building Brimstone Investment Corporation to be successful, but they also sparked an idea that might be the first of its kind, which was developed by the pair over the decade that followed: a plan for sustainable investment into NGOs, characterised by the principle of making investments in people.

“We formed the Brimstone Empowerment Share Trust (BEST) in 2005 to create a moresustainable model of support,” says Brey. “Through this trust, we award NGOs with Brimstone shares at no cost to the NGO. These organisations share in the dividends paid on those shares as well as the growth of the company over time,” says Brey.

The organisation has to retain their shares for a minimum period of five years, and that’s pretty much the only condition. “This is important, because it taps into the mind-set of long-term sustainability,” adds Robertson. “As business owners we know how hard-earned profit can be, which is why most business leaders I speak to are cautious about embarking on major CSI initiatives. The thought of money being wasted goes against the grain when you know how hard it has been to earn that money in the first place.” 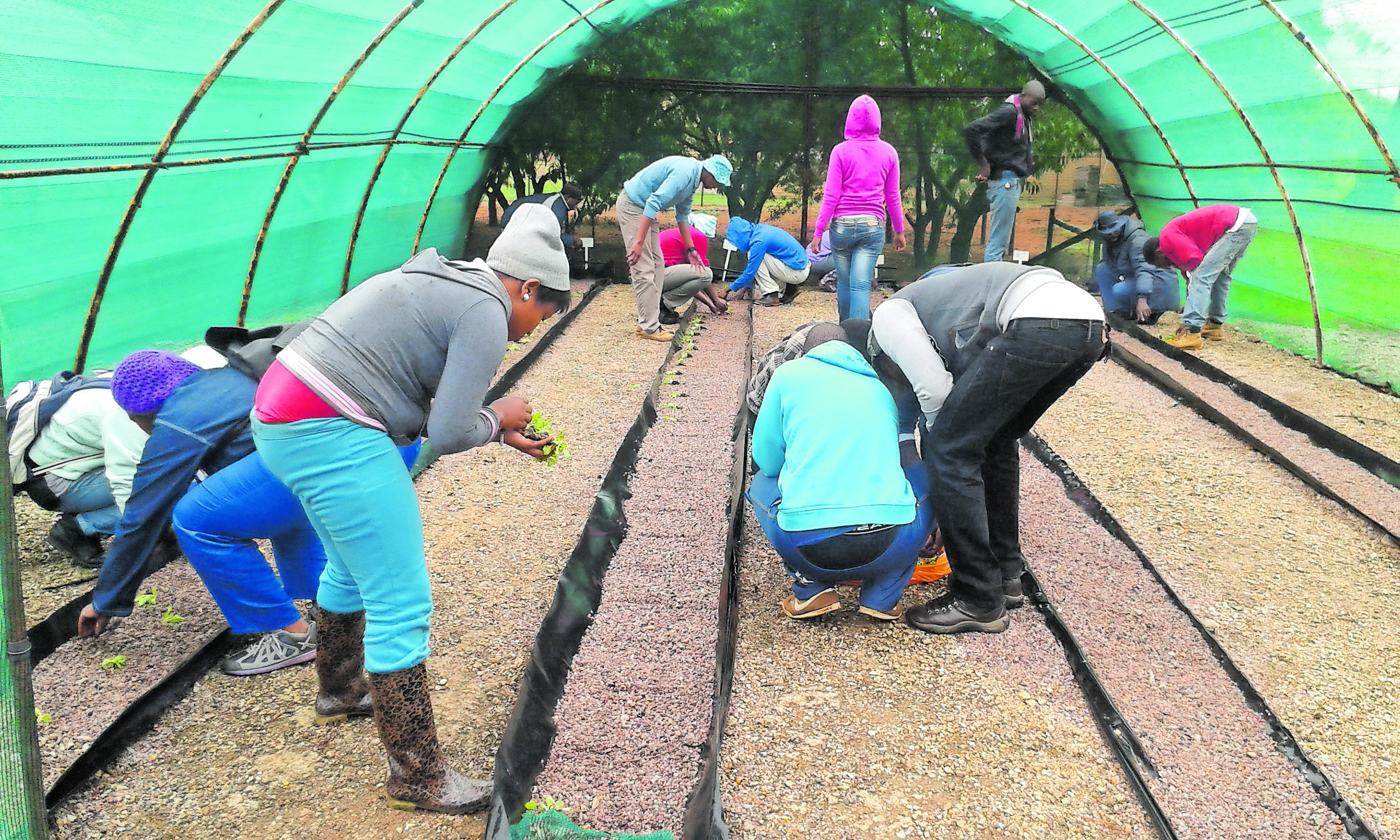 Buhle Farmers’ Academy students learn about hydroponics. Brimstone likes to think they give NGOs a fishing rod, rather than just a fish

Before the shares are granted, Brimstone undertakes a thorough due diligence of each organisation, then an independent board of trustees discusses each applicant’s relative merits. Brimstone hasn’t set a limit to the number of shares allocated to each beneficiary NGO, as the final allocation is based on the individual needs and merits of each applicant.

“What we can say is that it is a substantial amount of shares,” says Brey. In 2007, the Cape Flats Development Association (CAFDA), The Shalamuka Foundation and Yabonga Children’s Project became the first NGOs to be offered shares by Brimstone. Since then, these groups have reaped the rewards financially, and more significantly, by achieving long-term sustainability.

To date, 31 organisations have been awarded in excess of 1.7-million shares through the BEST process – with a combined market value that in late 2018 stood in excess of R16-million. These shareholders support at least 3.5-million beneficiaries across South Africa.

In times when an organisation is facing a financial crisis and a cash donation is desperately needed to rescue an NGO, Brimstone is not the solution that most are seeking — and that’s part of why it adds real value to these organisations.

“Even if an NGO is in financial crisis, what matters to us is not bailing water out of a sinking ship, but making sure that the vessel is seaworthy,” says Brey. “We’re looking to help organisations long term, and that creates a whole different separate set of needs and opportunities.”

Aside from being able to share in the financial rewards that eventually result from the growth of their investment, these organisations also benefit from an increase in cash flow in the form of cash dividends that are paid out directly to them. NGOs are also able to collateralise the shares, because they’re issued in their name. These shares strengthen their balance sheets and improve their overall credibility. This, in turn, brings with it numerous financial benefits.

After the stipulated five years have elapsed, the organisation may sell a portion of their shares annually. But, by this point it’s often clear that retaining the investment in its totality is a wiser route to take. “Only two of the organisations we have granted shares sold some of their shares after the five years, and in both cases that was because of specific cash requirements for each organisation. The rest of the NGOs have retained their holdings and are steadily reaping the rewards,” says Robertson.

This retention bears testament to the strength of Brimstone’s due diligence process, and perhaps also their instinct for decision-making. Over the past two decades, they’ve learnt how to identify organisations with the potential to enjoy long-term sustainability, and indeed growth. Brimstone’s involvement with the NGOs extends to welcoming them into a wider network and offering human resource and knowledge sharing wherever possible.

“BEST has given us the opportunity to put a face to our responsibility as a corporate,” adds Robertson. “Corporate South Africa needs to complement the NGO sector, as it’s essential for these organisations to grow and to be able to service the social initiatives that government and business are unable to reach on their own.”

Thinking beyond their own CSI missions, the Brimstone team hope to inspire and encourage other corporates to pursue more sustainable CSI initiatives with other NGOs.

“Too often CSI money goes towards ‘paying for fish’, but if you choose to take a more sustainable approach to supporting NGOs, it feels a lot more like you are buying someone a fishing rod,” says Brey.