Village residents dropped their ploughing implements and ran in panic when they spotted a helicopter hanging low over the cluster of grass-thatched huts.

“Chickens were running around. Goats were pulling off, running for their lives. Even the oxen we were using to plough ran. Children were crying,” says Xolobeni anti-mining activist Nonhle Mbuthuma recalling the incident from a fortnight ago. 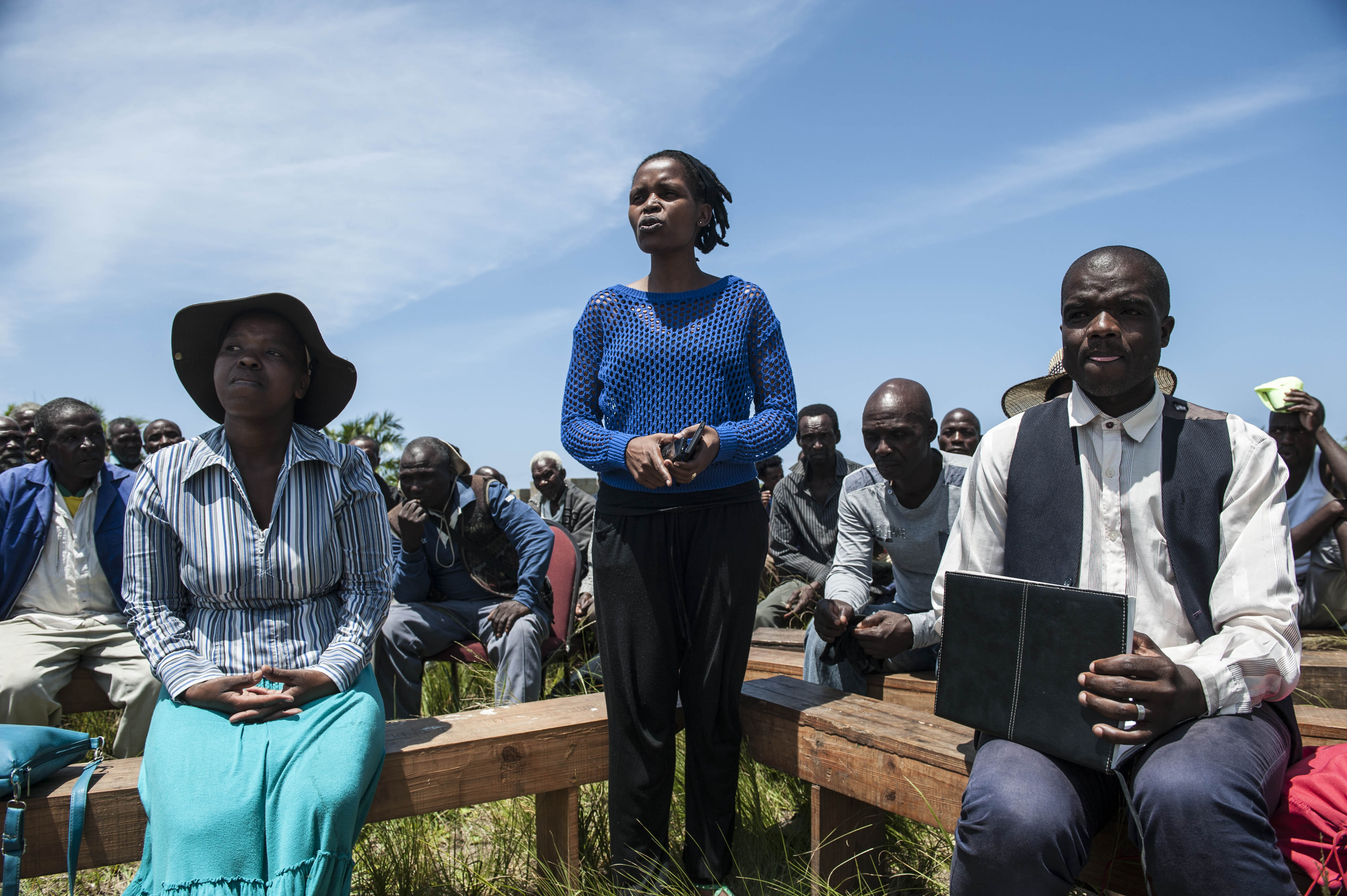 By the time people reached her homestead, the helicopter had disappeared behind the hills along the Eastern Cape’s Wild Coast.

In normal times an incident like this wouldn’t have caused such panic in Sgidi, a village in the Xolobeni district. But these are abnormal and tense times in the area.

Sgidi is one of five villages that form part of an area targeted by Australian company Mineral Commodities Ltd, which wants to mine titanium along a 22km stretch of the Wild Coast.

If the mining project, known as the Xolobeni Mine Sands Project, goes ahead, it will affect the villages of Sgidi, Mtentu, Sikombe, Kwayana and Mdatya.

Mbuthuma leads the Amadiba Crisis Committee, a group that has fiercely opposed the mining on the grounds that it is unsustainable and will, among other things, destroy the agricultural economy that has sustained them for more than a century. 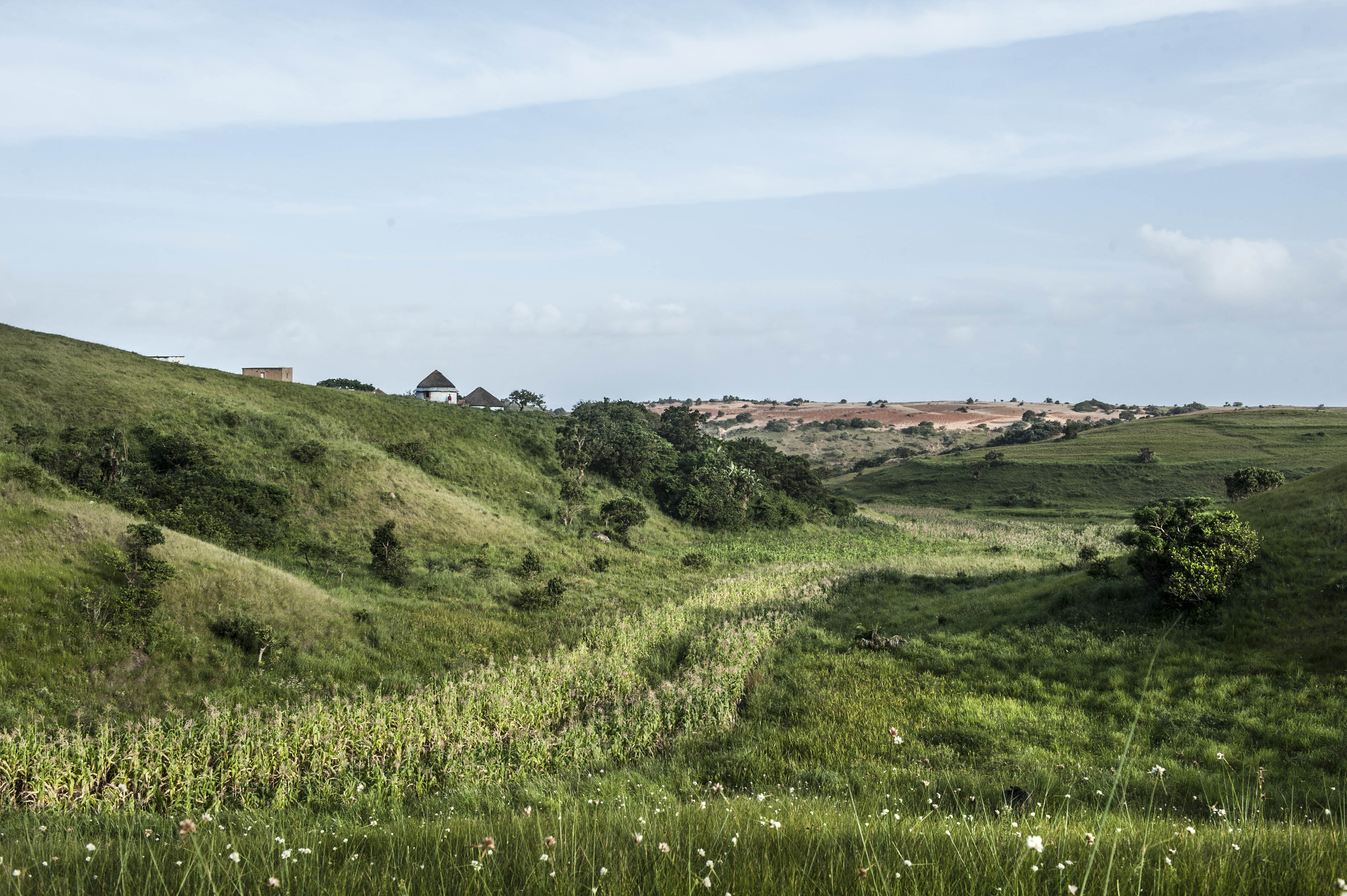 A long, protracted struggle and legal battle by residents of the area, who have organised themselves under the committee, has temporarily halted the proposed mining.

Mantashe has announced that the department will appeal the judgment. He has also announced that a survey will be conducted in the area to determine the residents’ views on the granting of a mining licence.

Mantashe said shortly after his visit to Xolobeni last month that government would take a firm decision based on the results of the survey.

“Whichever right owner is granted the licence to mine must also adhere strictly to the provisions in the MPRDA [Minerals and Petroleum Resources Development Act] and Mining Charter, including implementation of social and labour plans,” Mantashe said.

Now the Amadiba lawyers have written to Mantashe’s office to ask the department not to proceed with the proposed survey. Attorney Richard Spoor asks in a letter dated January 25 and addressed to the department’s director general, Thabo Mokoena, whether the survey complies with the November high court order.

The Amadiba lawyer says he is of the view that the proposed survey is not legally compliant.

“It plainly does not comply with the high court’s order in [Duduzile] Baleni [and Others vs Minister of Mineral Resources and Others] that the full and informed consent of our clients is required before any mining right may be granted,” reads the letter.

“The judgment requires that consent be granted in terms of our clients’ customary law. A balloting process is grossly noncompliant with our clients’ customary law. Our clients have not been furnished with any detail on the extent of the direct and indirect impacts of mining on their livelihoods and way of life and are not in a position to contemplate a decision on whether to grant their informed consent or not.”

Spoor says the proposed survey is likely to fuel division and conflict.

Mbuthuma says people have been on edge since Mantashe’s announcement of the survey. “The mood at this stage is very tense. [The] community [is] not allowing strangers in the area. People are worried about this survey,” she says.

At least 12 people believed to be against the proposed mining have been murdered in the area since 2002. None of the cases have been solved.

Mbuthuma spent two years under the protection of private bodyguards after her comrade Sikhosiphi “Bazooka” Rhadebe was shot dead in March 2016.

Last year she resolved to continue life without bodyguards. But this changed last month after she got wind of rumours that her life was under threat once more.

Last week she told a session of the 10th Alternative Mining Indaba in Cape Town that those opposed to the mining are living in fear of their lives.

“We are facing death threats, murder, intimidation, everything. The state of South Africa is part and parcel of supporting that. I’m not even ashamed to say what I’m saying.”

Mbuthuma suspects police complicity in the failure to solve the murders of Rhadebe and the 11 others.

“I don’t trust the police. The murder cases are deliberately blocked,” she says.

They have since learnt that the helicopter seen hovering over her homestead was hired to conduct an aerial survey of bridges being constructed for the N2 highway project.

But she is sceptical. It doesn’t make much sense because, she argues, her home is located along the area targeted for the proposed mining and not along the route for the planned highway.

The residents believe the highway, which has also been the subject of opposition and court litigation, is being built to help mining trucks to transport materials from the mine once it is in operation.

The construction of the highway is opposed on the grounds that it will go over their fields, lead to relocation of homesteads and disrupt the agricultural economy of the area.

Most residents farm sweet potatoes and amadumbe (yam), which they sell to the fresh produce market in Durban and to independent businesses. They also farm cattle, goats and sheep and live off the marine life.

“We want our village to be accessible. Make access roads that are gravelled. Take the money [for the highway] to build access roads. The highway is going to split the community,” argues Mbuthuma.

Last week the Aveng Strabag joint venture announced it had terminated the R1.65-billion Mtentu bridge contract, saying it has been unable to work at the project site in Mtentu and Xolobeni since October. The company blamed this on ongoing protests by residents.

Mbuthuma says one of the reasons for the protests was that the project could seemingly not manage to employ more people.

“Conflict started because people were promised jobs. But when the project started there were no jobs,” she says.

Residents will fight the licence issue at the Constitutional Court if needs be, Mbuthuma says.

A drawn-out battle is likely because it appears neither the government nor the Amadiba are prepared to budge. One of the clear indicators from government came in a speech by Mantashe at the 25th African Mining Indaba last week.

The indaba is a gathering of investors and stakeholders of the mining industry. The Alternative Mining Indaba, attended by Mbuthuma, is a parallel gathering of nongovernmental organisations, affected communities and organisations, together with church groups.

Mantashe acknowledged that “there must be meaningful and sufficient engagement with communities” but also emphasised the need for the state to be in charge of the mining licensing function, which was central to the November high court judgment.

“It must be emphasised that the licensing function should remain with the state, as required by legislation, and not be assigned to communities,” he said.

Mantashe revealed that government is developing resettlement guidelines for the residents of the area.

He said the guidelines are consistent with the Minerals and Petroleum Resources Development Act, which provides for engagement and compensation for loss or damage as a result of mining development.

“They are intended to safeguard the rights and interests of communities where resettlement takes place and will be finalised in this financial year in consultation with communities and interested and affected parties,” said Mantashe.

In the meantime, the Amadiba are pressing ahead and exploring alternatives to mining.

The residents, through the Amadiba Coastal Community Development Trust, plan to develop a lodge close to the sea and introduce ecotourism, which will include teaching guests about village life, horse riding, cycling, walking trails and fishing.

“They [government] think mining is the only alternative to development, which is not true. Why not think of alternatives to mining? Mining destroys Mother Earth, it destroys our livelihood,” argues Mbuthuma.