Walk into the lime green offices of the Access to Health and Rights Development Initiative () in Lagos and — at first — it’s pretty hard to tell what actually goes on here.

The lobby is blank and quiet, save for the steady clickety-clack of the receptionist at her computer. A few of the clients, meanwhile, sit slumped across their chairs, fiddling with their smartphones. There’s no obvious sign of what this group does, or why these men are here.

And that’s exactly the way Peter Kass intended it. When he founded this NGO in 2013 to provide health services to Nigeria’s LGBTI community, he knew what he was doing could be dangerous — to himself and his clients.

Colonial laws in the country have long consensual sex between men and same-sex marriages have never been . Consequently, virulent homophobia kept most of the country’s LGBTI community in the closet for fear of violence and discrimination.

But that fear went up a notch in January 2014 when then Nigerian president Goodluck Jonathan signed the Same-Sex Marriage Prohibition Act, which not only bans gay marriage but also slaps 10-year prison terms on “any person who registers, operates or participates in gay clubs, societies and or directly or indirectly makes public show of same-sex amorous relationship in Nigeria”.

For healthcare providers such as Kass, the results were devastating, with reports of multiple arrests and even torture following the law’s passage.

In Abuja’s Gishiri village, for example, an angry mob armed with whips and metal wire could be heard chanting “We are doing [President Goodluck] Jonathan’s work: cleansing the community of gays” as they hunted down 14 men suspected of being gay, a Human Rights Watch report found. 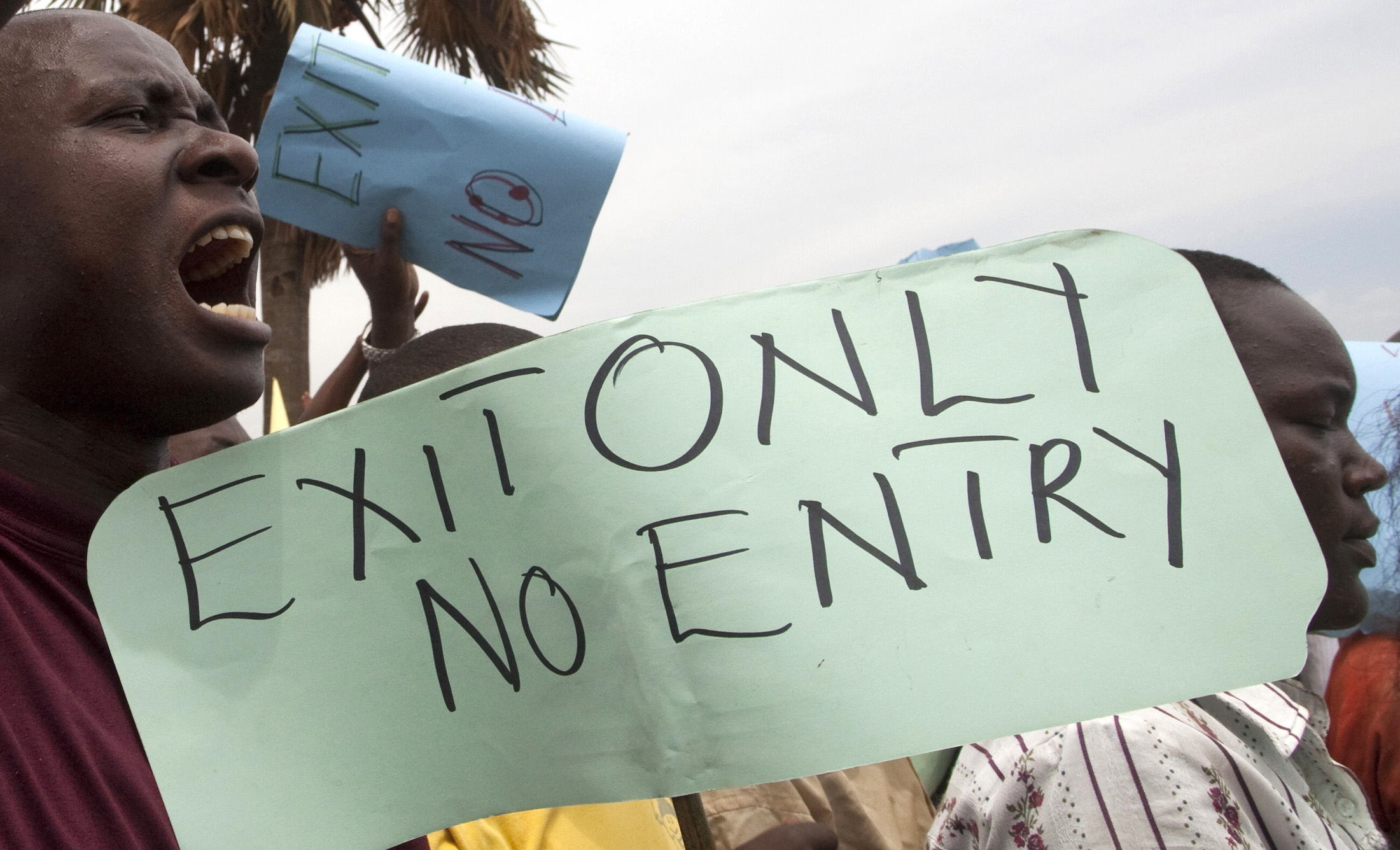 In Nigeria, you could get up to 10 years in prison for just being you — or supporting someone for being themselves. (James Akena, Reuters)

“Jungle justice! No more gays!”, one victim recalled the group bellowing as they dragged men from their homes and beat them.

In the legislation’s wake, almost four out of 10 men who have sex with men (MSM) surveyed in Abuja reported being fearful of seeking out healthcare, a 2015 study published by The Lancet medical journal revealed.

More than half of Nigerians believe homosexuals should be denied access to public services such as healthcare, housing education, according to the results of a nationally representative 2017 survey commissioned by the Initiative for Equal Rights local .

On the ground in Lagos, Kass saw that first-hand. “Before the law, Nigerians have been hostile towards us [gay men],” he says.

But after the legislation had been implemented, it began to feel like the country now had an increased legal backing to treat the LGBTI community as badly as they wanted to.

The new law also put Kass in a bind.

If his clinic continued to operate, he was opening himself, his staff and his patients up to new — and often violent — levels of scrutiny about their personal lives.

But if he closed his doors, he was turning his back on a group who had become Nigeria’s most at-risk population for contracting HIV — a problem whose magnitude was growing by the day.

The HIV risk is about 18 times greater than that of vaginal intercourse, a 2010 research review published in the International Journal of Epidemiology found. But HIV rates are also higher among because stigma and discrimination make it harder for them to access HIV prevention services.

UNAids data shows that almost a quarter of men in Nigeria who have sex with men are HIV positive — the highest HIV rate of any population in the country.

But despite the difficulty of keeping the going, Kass believed he hardly had a choice. Although the closed briefly after the Act was passed, it quickly reopened, blandly rebranding itself from an LGBTI-focused group to a “public health” NGO to avoid scrutiny.

It was a decision that, in many ways, he had made seven years before in a cavernous Pentecostal Lagos megachurch — as a young gay man grappling with his own faith, identity and belonging.

Closeted but deeply religious, Kass quietly befriended other LGBTI members of the congregation, and at the same time became a highly public face of the church as a member of its choir. 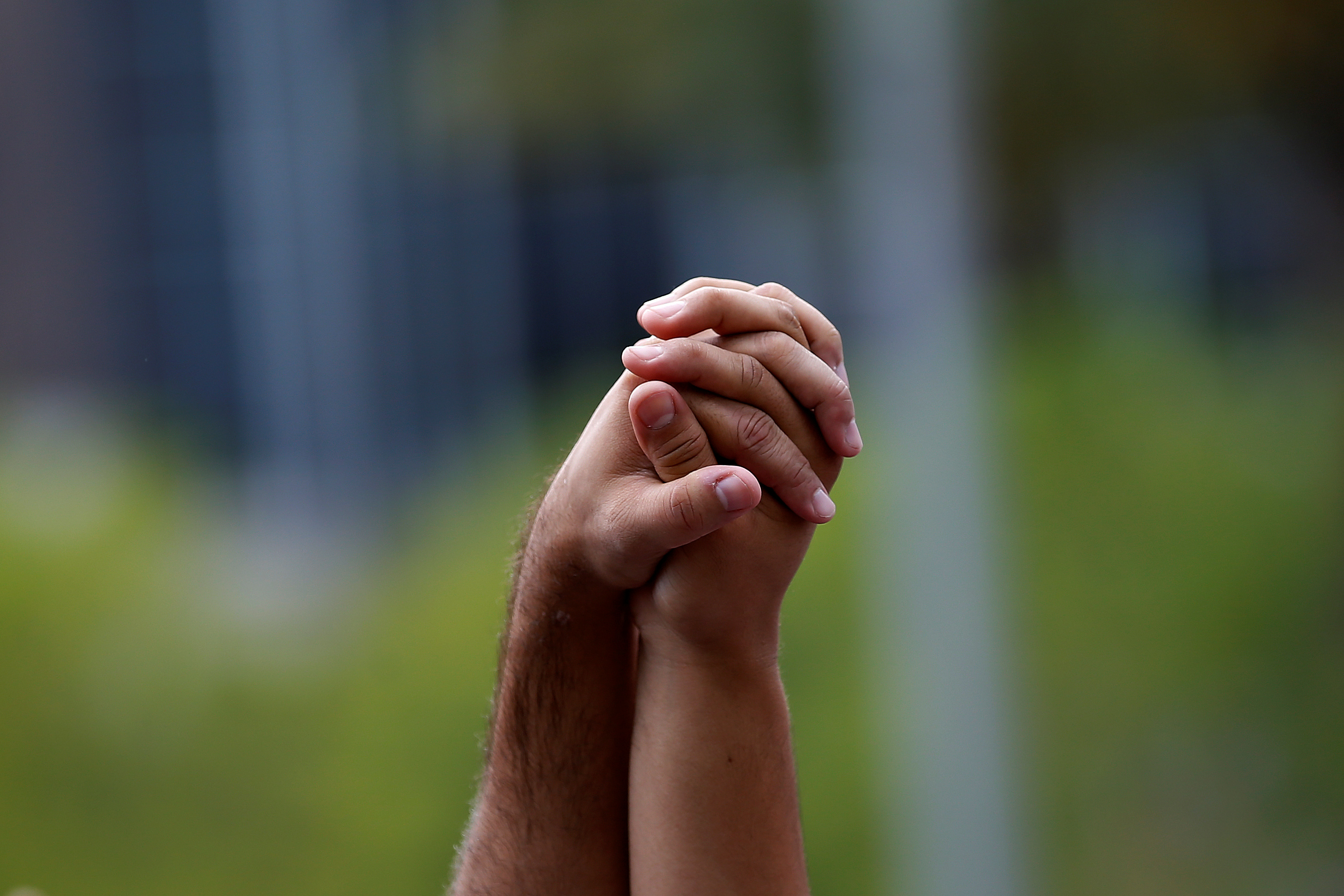 Peter Kass is risking it all to make sure LGBTIQ+ people access the health services they need. (Carlo Allegri, Reuters)

One week, another congregant approached him, and the two men struck up a close friendship. Kass invited his new friend to a party one weekend. Many of the guests identified as LGBTI and, as the celebration drew on, people danced and flirted. Kass’ new friend stood by snapping photos on his iPad.

Kass thought nothing of it until the following Sunday, when the pastors at his church invited him for a solemn meeting.

They had seen the photos, they explained. They knew what he was doing.

He recalls: “That was one of the most embarrassing moments of my life.”

The church ordered him to go through three months of , as well as an exorcism to free him from the “demon” of homosexuality. To compound the humiliation, the pastors announced his “sin” one Sunday before the entire congregation.

“I had to leave the church because the embarrassment was so much,” he says. “I was on the verge of taking my life and I didn’t have anyone to talk to.”

Kass didn’t want another gay man to go through what he had. He wanted to give them a place where they would feel safe to be who they were.

He started the AHRDI to take on religious homophobia, stigma discrimination through dialogue. In time, however, the initiative expanded to tackle other problems encountered by LGBTI persons, particularly health issues.

The Act only made that work — providing condoms, lubricants and HIV testing — so much more urgent.  refers those people who test positive to trustworthy clinics, many of whom have staff who have been trained in LGBTI sensitivity by Kass and his staff.

But when your clients are , you can’t just advertise your services. That’s why who walks through AHRDI’s doors still depends on personal referrals, friends telling friends or conversations between partners. In 2018, this kind of word-of-mouth advertising brought more than 2 000 young men through its doors.

“But we are hoping to get somewhere and we have a vision of where we are headed. Rome wasn’t built in a day.”