South Africa’s declining position on the Rule of Law Index – coming in at 44th out of 113 countries surveyed in 2018 – is in line with a global negative slide toward weaker rule of law around the world, according to the World Justice Project, which conducted the survey.

Released on Thursday, the index is an evaluation of how closely those surveyed around the world adhere to the rule of law, based on more than 120 000 household and 3 800 expert surveys in 126 countries. Featuring current and original data, it measures countries’ performance across eight factors: constraints on government powers; absence of corruption; open government; fundamental rights; order and security; regulatory enforcement; civil justice; and criminal justice.

According to the University of the Witwatersrand’s Centre for Applied Legal Studies (CALS), rule of law is the cornerstone of any constitutional democracy, ensuring that no one is above the law and everyone is guaranteed fundamental human rights.

“This slide in rule of law in general and checks on government powers in particular is deeply concerning,” commented Elizabeth Andersen, executive director of the World Justice Project. 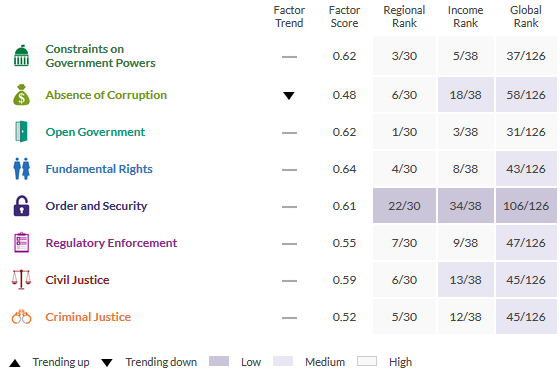 With a regional ranking of first out of 30 countries surveyed in sub-Saharan Africa for open government and fourth for fundamental rights, South Africa is ranked fifth in the region overall, with Namibia, Mauritius and Rwanda taking the first three spots. 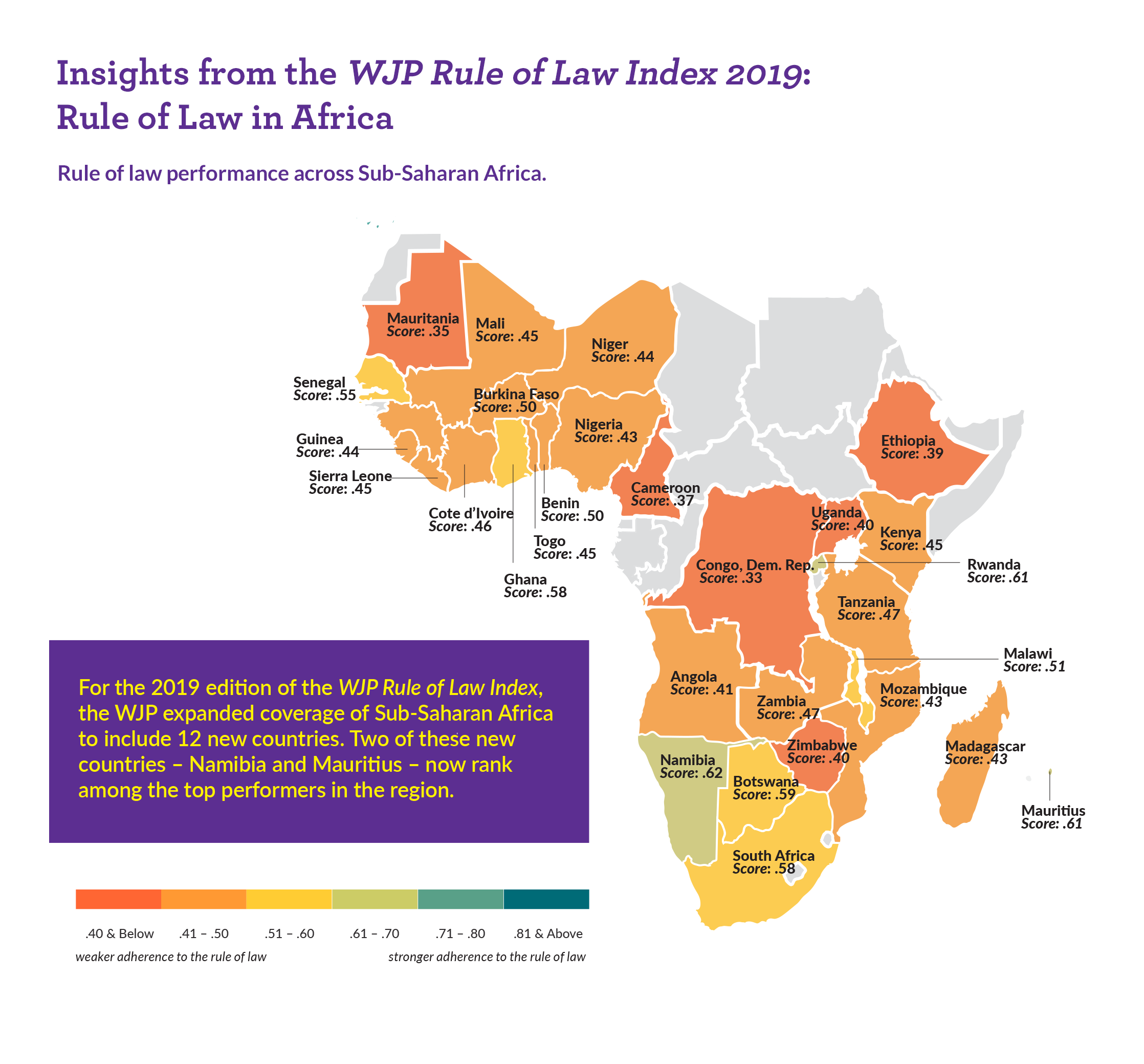 Worldwide, South Africa ranks 45th for both criminal and civil Justice and 31st in terms of open government, but 106th out of 126 for order and security.

The top three and bottom two performers overall remained the same as in the 2018 rankings, with Denmark, Norway, and Finland at the top of the list and Cambodia and Venezuela at the bottom.

“Effective rule of law is the foundation for communities of justice, opportunity, and peace,” said William H. Neukom, WJP founder and CEO. “No country has achieved a perfect realisation of the rule of law.”