Lomé — It seems like everyone living in Togo’s capital, Lomé, rises with the sun on weekends to go jogging. Its palm-lined beaches, sprawling along the Gulf of Guinea, teem with runners young and old, shouting encouragement to each other in French and Ewe. It looks like a happy place. But appearances can deceive.

For decades, Togo has been ruled by a single family: first the father, Gnassingbé Eyadéma, from 1967-2005; and then the son, Faure Gnassingbé, from 2005 until … well, no one is quite sure how long he will remain in power. The timing might not be up to him.

Last year witnessed the first rumblings of a revolution that could shake this small West African nation to its very core. Discontent with Gnassingbé’s government, particularly over the shortage of jobs and the oppressive political climate, sparked waves of protest in Togo and abroad. Led by a coalition of 14 opposition parties, the C14, and civil movement leaders, thousands poured into the streets of Lomé and Sokodé, an opposition stronghold in the north. On social media, and despite internet shutdowns, #TogoDebout (Togo Stand Up) was used to garner support. 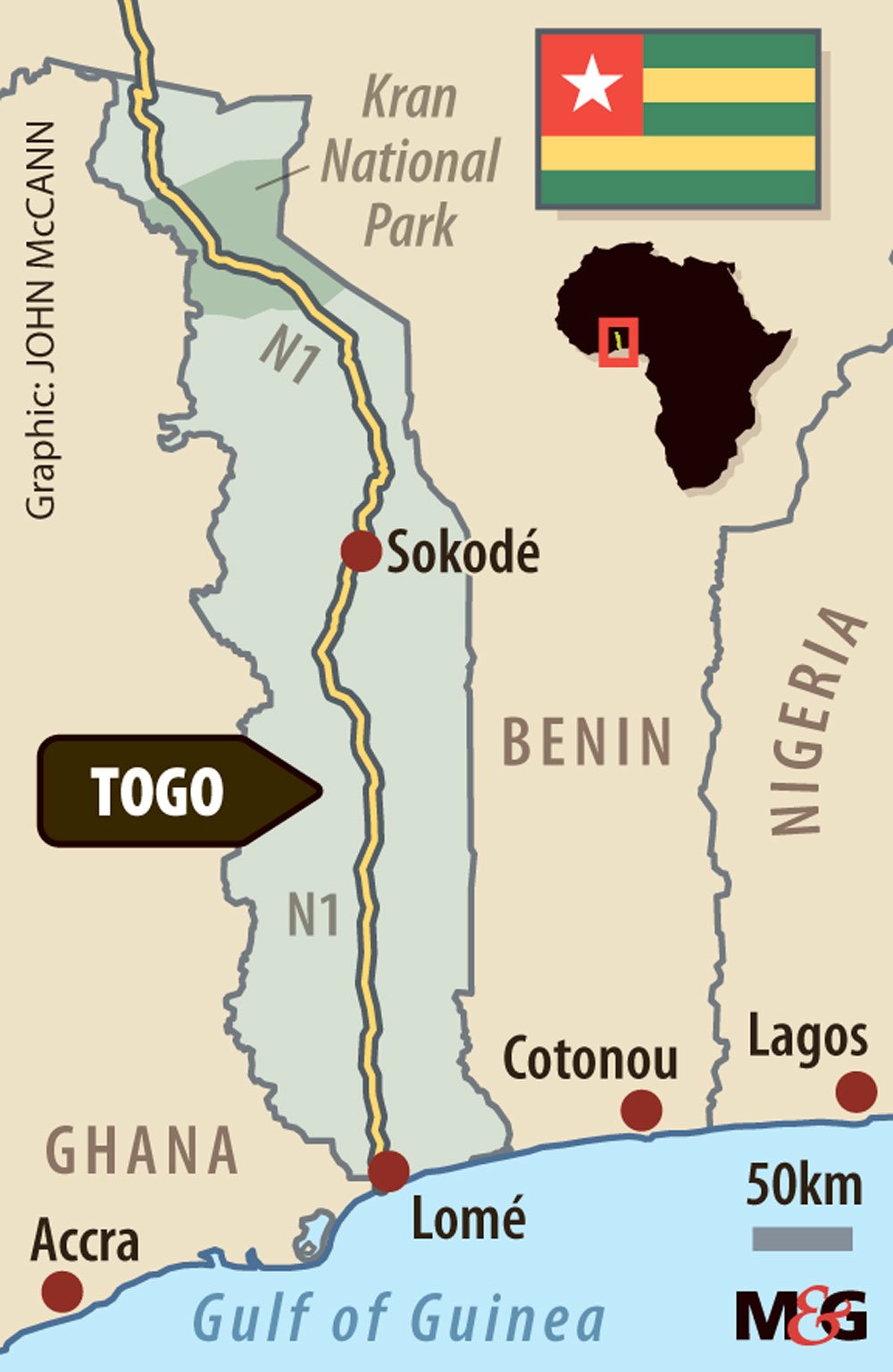 Protesters demanded that Gnassingbé step down. They also demanded the return to the 1992 Constitution, which limits presidential terms, to prevent Faure Gnassingbé from running in the 2020 elections.

Chabine Samoudou, who is unemployed, was at an antigovernment demonstration in December. He marched alongside supporters of the opposition Pan-African National Party, with banners proclaiming “Faure Must Go”. 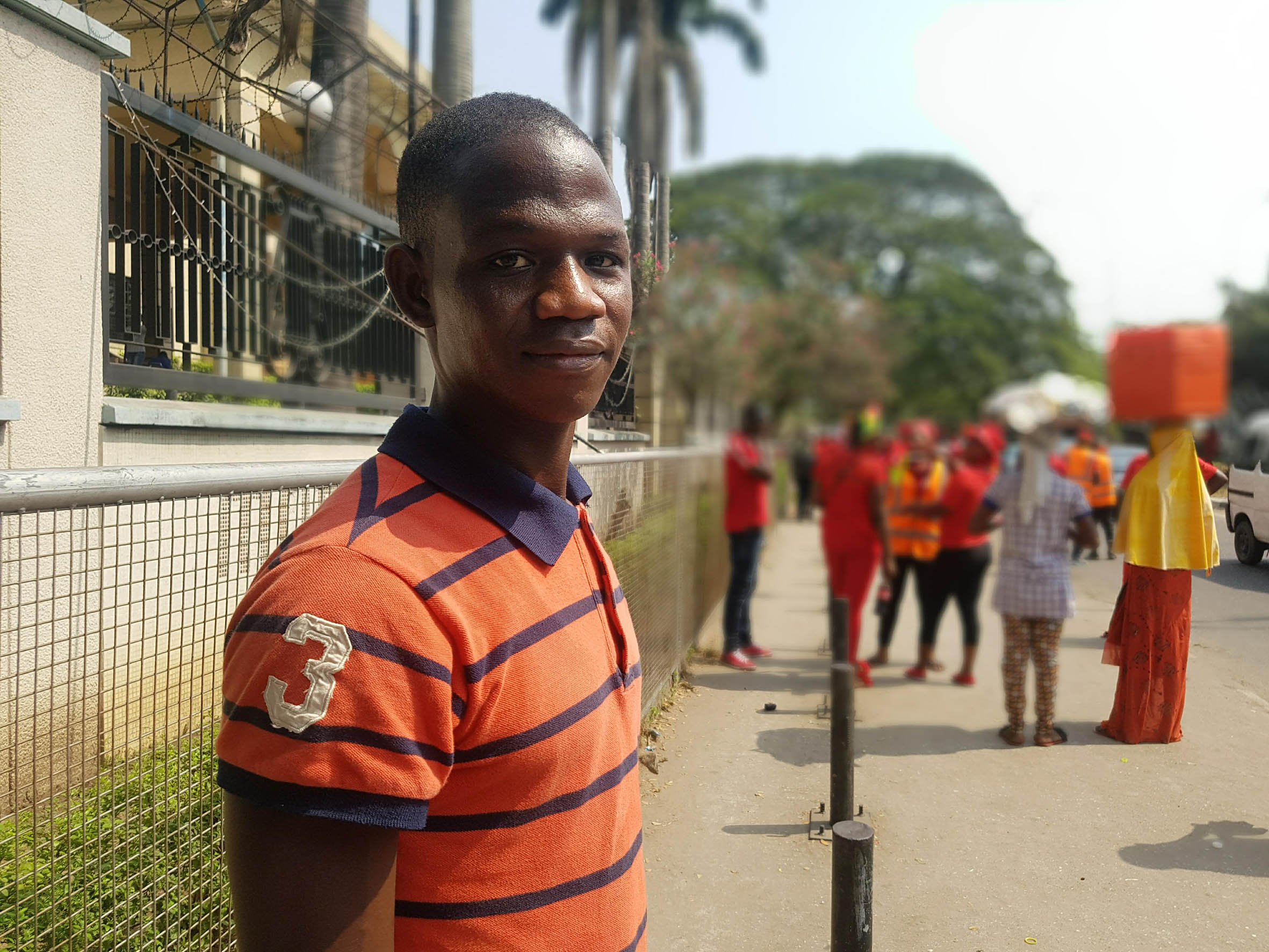 “As I dey here like this, I be student for Togo,” Samoudou said. “I suppose to get work but I no get anything,” the 25-year-old vented.

The government’s response to the protests has been typically brutal, with both military and police used to crush the demonstrations. In October 2017, eight people, including a 10-year-old, were killed. A hundred people were injured and dozens more were detained. In December last year, four demonstrators were killed, according to Amnesty International. Protests were banned in the week leading up to parliamentary elections on December 20.

The government has also arrested hundreds of opposition protesters, and sentenced at least 60 to prison terms of up to 60 months. Among the detained is student leader Satchivi Folly, who is in prison in Lomé. His crime was to hold a press conference that security forces said was an act of rebellion against the rule of the president.

Folly’s mother, Deborah Sossou, a koko (mealie meal) seller, lives in fear about what further brutality the government may mete out. “We have done everything we can but nothing will happen as long as this government is in power,” she says. 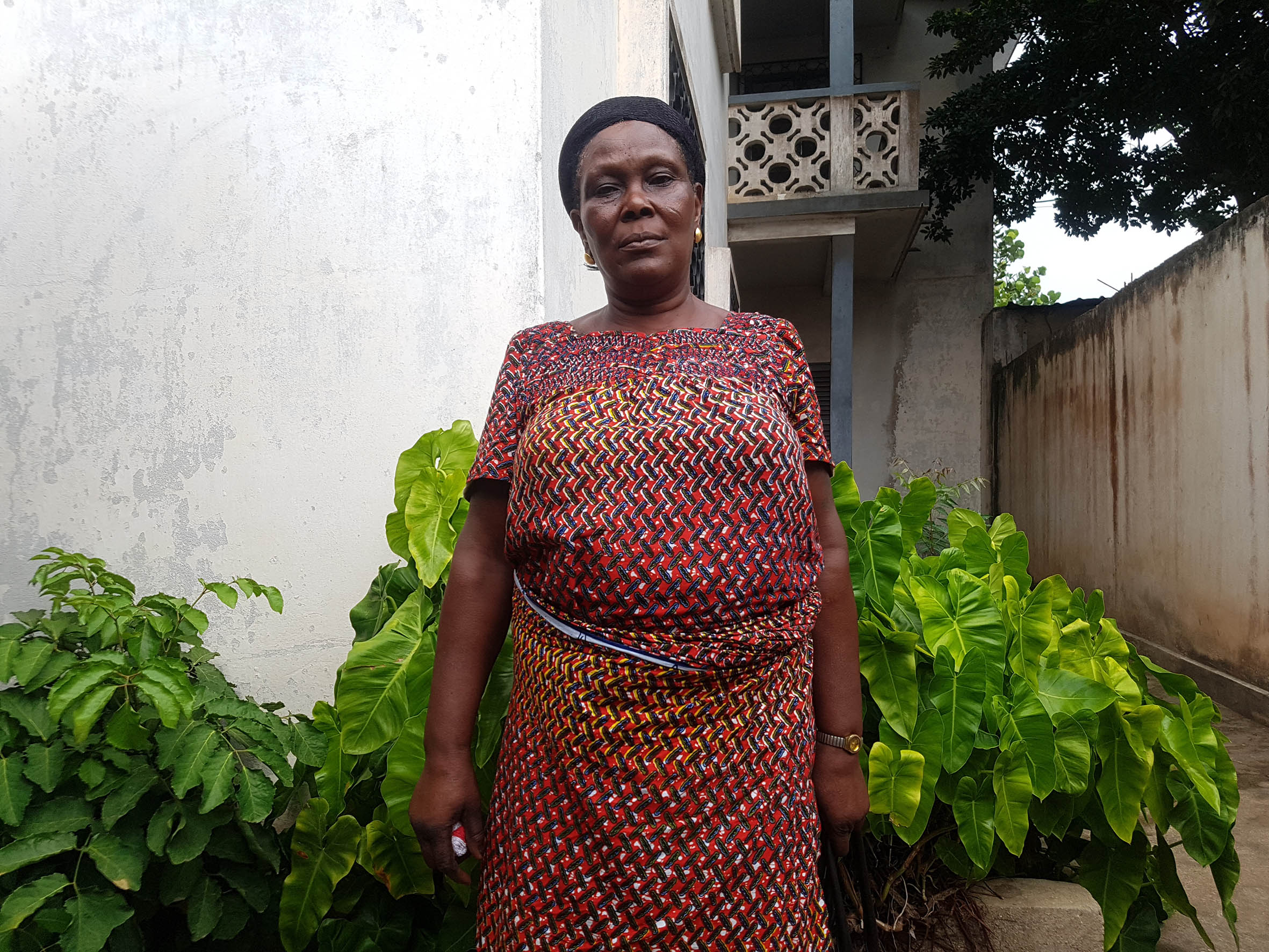 Deborah Sossou says her son, Satchivi Folly, a student leader, was taken to prison after he held a press conference. (Shola Lawal)

Last year, her home was ransacked by members of the feared Research and Intelligence Service (RIS) — the secret police. They seized her son’s documents and said they found a gun in his room. It was all the justification they needed to give him a two-year sentence.

Prisoners are whipped with cables by the RIS and forced to neigh like horses, according to firsthand reports. A United States state department report described living conditions in the prisons as “life-threatening”.

The December parliamentary elections did not alter the status quo. C14 boycotted the elections on grounds that the vote was rigged against the opposition. Unsurprisingly Gnassingbé’s ruling Union for the Republic won a clear majority: 59 out of 91 National Assembly seats. The support of its main ally, the Union of Change Forces, led by former opposition leader Gilchrist Olympio, will boost the president’s chances of forcing through a constitutional change to allow him to stay in power, possibly till 2030.

Olympio is a scion of another political dynasty: he is the son of Togo’s first president, Sylvanus Olympio, who was assassinated in 1963. It is widely accepted that the assassin was none other than Gnassingbé Eyadéma, then a lowly sergeant.

‘We work in fear’

“This president wants to die in power,” declares Shalom Ameetekpo, a journalist and activist with Lomé’s Liberté Togo, a small privately owned newspaper that operates from an old, colonial-style building in downtown Lomé. The paper has faced threats from government officials for publishing incriminating content, such as a documentary exposing the inhumane state of the Lomé prison. “He considers the country his kingdom, just like his father.” 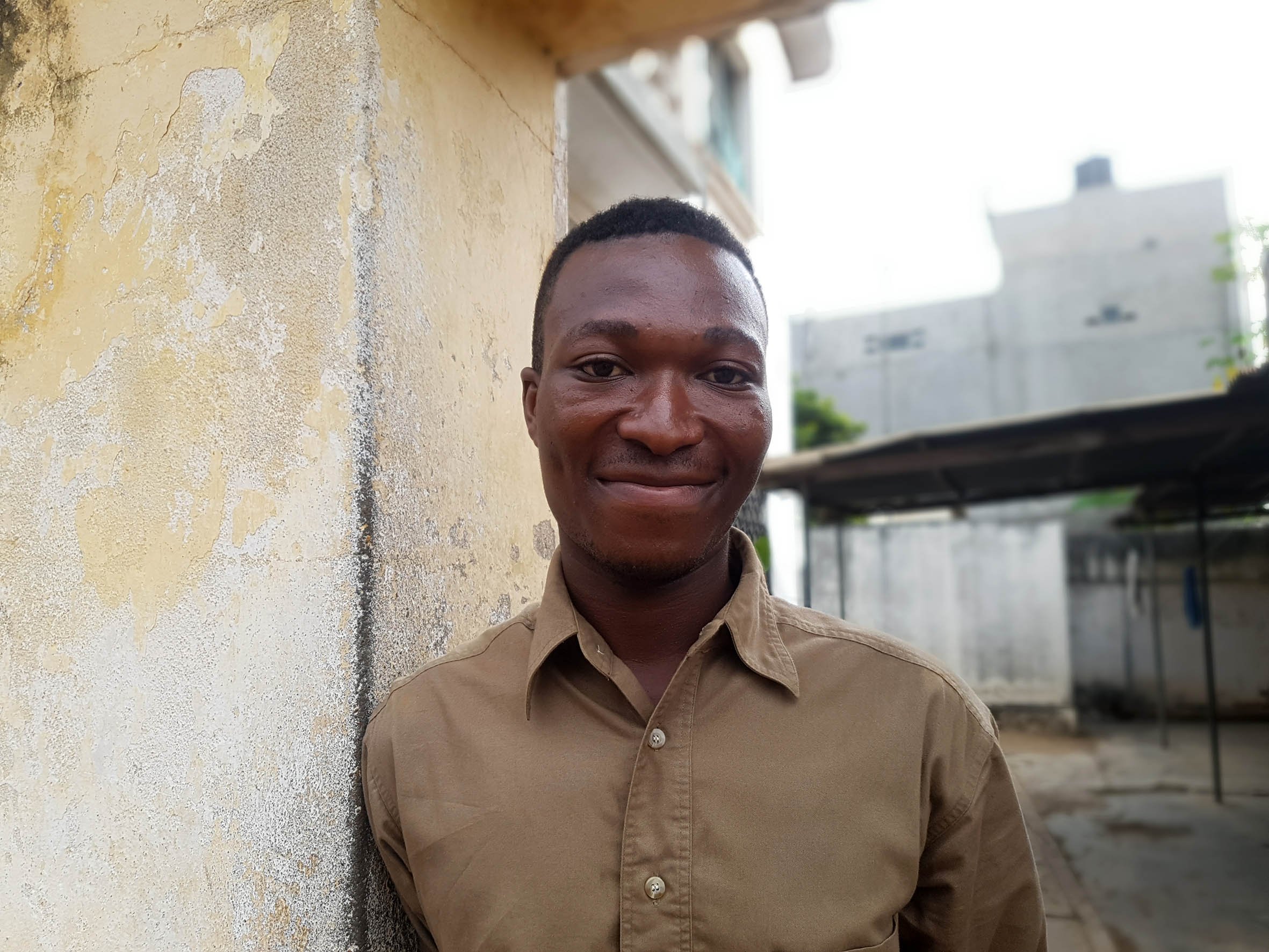 Shalom Ameetekpo says three of his fellow journalists at Liberté Togoare are in detention. (Shola Lawal)

Ameetekpo (24) has been actively involved in the demonstrations. Here, journalists do not have the luxury of being mere observers, he says. Journalists and outspoken activists alike are targeted.

“We work in fear because you write something and people call to threaten you,” he says.

Three of his friends — all members, like Ameetekpo, of civil society group Nubueke — are in detention. Nubueke means “a new dawn” in Ewe.

Farida Nabourema, the co-founder of the Faure Must Go movement, lives in exile, and shuttles frequently to avoid arrest. She’s one of many political exiles.

“The past two years, I move around [countries] every two to three weeks and sometimes even less,” she told CNN.

Nabourema had pinned her hopes of returning home on the Economic Community of West African States (Ecowas), the regional body with a reputation for taking on dictators. It was the Ecowas intervention in the Gambia, for example, which forced out President Yahya Jammeh in early 2017 after he tried to stay in office despite losing an election.

But in Togo, Ecowas has been “toothless”, says Nabourema. Its attempts, along with the African Union, to mediate between the government and opposition groups have failed, and its calls to release political prisoners have mostly been ignored. Although 44 people were released in January, the opposition claims that hundreds more remain behind bars.

The state’s uncompromising response has taken its toll on protesters. Hope is waning: fewer protests are being staged and even fewer people are turning out. An uneasy quiet has settled over the country since the beginning of the year, although this could mean that the opposition is re-strategising ahead of the 2020 presidential election, Ameetekpo suggests.

The opposition’s principal candidate for 2020 is the Pan-African National Party’s Tikpi Atchadam, an eloquent, energetic politician from the north — just like Gnassingbé Eyadéma and Faure Gnassingbé. But Tikpi, as he is known, has been lying low for more than a year, communicating with his supporters mainly through WhatsApp video messages.

Some speculate that he is in exile in neighbouring Ghana but no one is quite sure. Others say he is biding his time until he can return with a bang.

In his absence, however, the opposition is struggling to maintain its cohesion. “C14 is falling apart”, said Wolali Ahlijah, of co-founder of activist movement Faure Must Go, pointing to squabbles within the coalition itself. Besides, the few notable contenders like Tikpi Atchadam would only make “headway depending on the extent to which the (C14) can rally around a single candidate, and if electoral reforms are put in place.”

Still, Togolese remain desperate for change that will see Gnassingbé gone. “It will require strong pressure on the political parties to find a single candidate,” says Ahlijah. “But I have hope that it can be done.”