It’s been a year since Dikgang Uhuru Moiloa took over from Paul Mashatile the role as MEC of co-operative governance and traditional affairs and human settlements, and he is clear on what needs to happen: “The direction the country should take is to let people build their own houses.”

Speaking to the Mail & Guardian, it is clear that the MEC has been busy, hard at work ensuring that he is doing his best to serve his constituency.

“I’m a lot more relaxed now, a year in. I better understand the environment I am working in, so I can critique national policy around human settlements in South Africa. I can even critique the Constitution — I don’t think it sought to create a dependency culture, with everyone expecting government to build a house, which is the reality we now face.”

Moiloa is tasked with providing Gauteng residents with human settlements and co-ordinating the effective functioning of local government to promote sustainable development in communities. When he came into office a year ago, after vacating his role as the deputy speaker of the Gauteng legislature, he says he was “extinguishing fires every day”.

“The province was burning. Expectations were high, and people were agitated,” he says. But he proudly says that a year on, a report by the State Security Agency (SSA) for the last month has revealed stability in service delivery in the province, with a significant drop in so-called service delivery protests.

“I have come into the department, and done my part. And I will always be ready to go where the ANC wants me to go. We’ve laid a solid foundation for anyone that comes after us, and I think the department of human settlements is never going to be the same again,” Moiloa told the M&G. 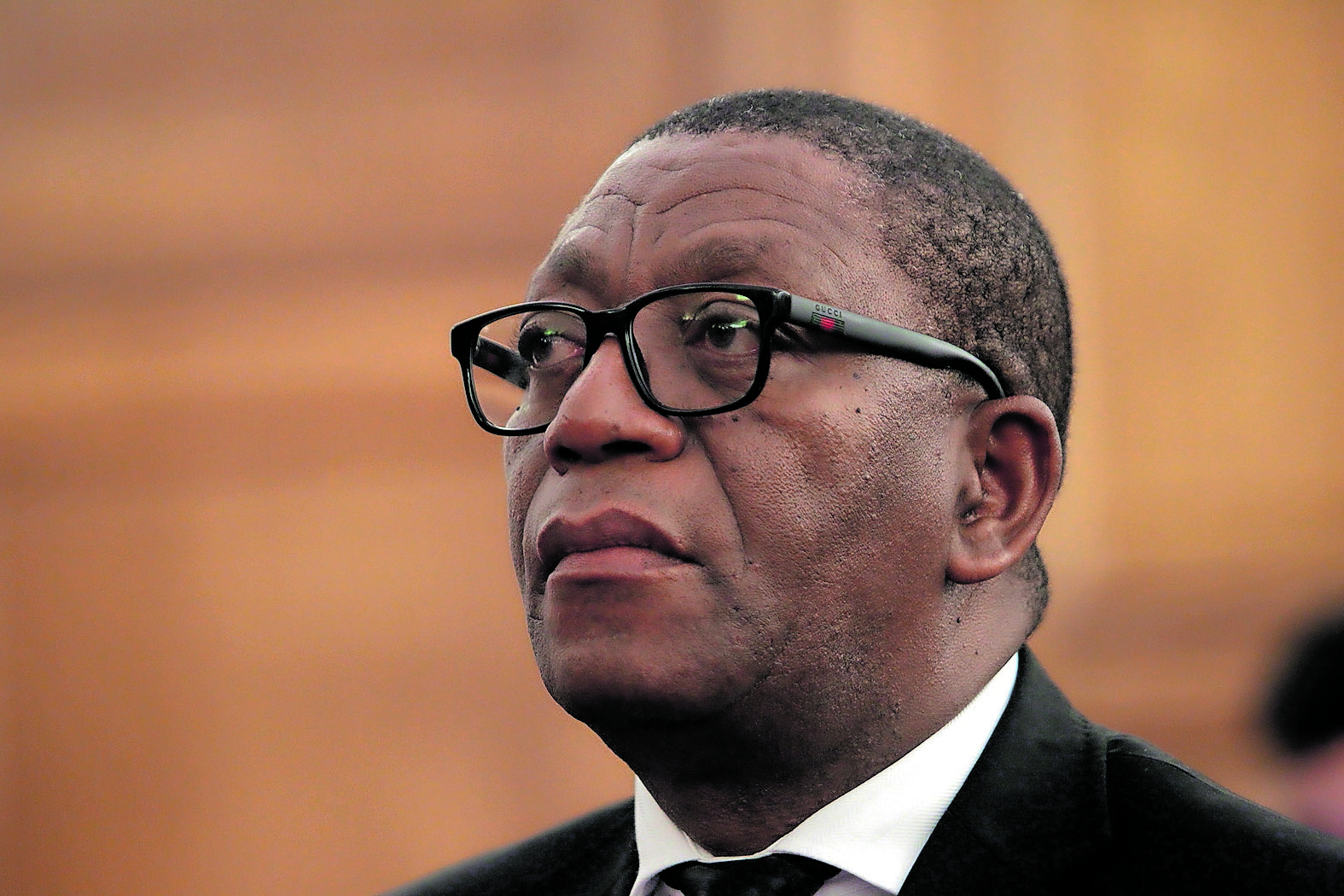 Moiloa attributes the drop in service delivery protests to the fact that under his leadership, for the first time in close to 20 years, the department will not be returning any money to treasury. “The department of human settlements by last week had spent 92% of its budget,” he says proudly.

Part of this expenditure comes from the fact that the provincial department has been working closely with municipalities. “The unfortunate reality is that municipalities are still under-spending on bulk infrastructure. They lead in surrendering money — millions of rands that have been budgeted for development — to treasury. There are elements of inefficiency. But we have intervened and said management of large infrastructure is now going to be between local provincial and national government, so we can collectively ensure the money is spent on what it is meant for.

“We are responsible as planners in this country for economic growth. We cannot be having the unemployment rates we do and having money surrendered to treasury. There is something not right there. So we are working, and putting our ducks in a row,” he says.

Moiloa says that he has ongoing engagement with his officials, who “have not rested since I came into office,” and the positive impact of this close attention paid to the issues the department deals with is now paying dividends.

“We are now going to see an upward movement with regards to expenditure in Gauteng; more houses accounted for, and a department that knows how to spend its budget to provide houses for the poor. I can say with confidence that money surrendered to treasury is now past tense — it’s never going to happen again. If it does, it will be an invitation for the people to rise against whoever will be responsible, because we have now put our planning systems in such a way that there is no justification for the department to underspend.”

Moiloa is happy with the progress that he has made in his capacity as MEC, and has worked hard to find solutions to problems he has identified. “The economy of South Africa is stuck, and has been for the last 15 years; it is not growing to a level where it can create much-needed jobs.”

For Moiloa, many of the issues characterising service delivery issues stem from a lack of sufficient infrastructure. “This country did not invest in infrastructure. We invested in delivering quantities of housing, numbers of classrooms to improve the quality of education, we embarked on e-tolls for the freeways, instead of prioritising money in construction,” he says. “With construction, the more houses you build, the more demand for goods and services. When you turn the country into a construction site, you propel the demand for goods and services and then create sustainable jobs.”

And this weakness in planning is what holds us back as a country, Moiloa says frankly.

“Without fixing water, without fixing Eskom, without finalising independent power producers, economic growth in South Africa is going to be a pipe dream. Government needs to invest money in infrastructure,” he says.

“The problem has not been non-delivery of houses, the problem has been lack of infrastructure to support human settlement. And the case in point you see is the proliferation of informal settlements in the south of Johannesburg. And this is what keeps me awake at night — Mamelodi on the hills, Atteridgeville — these places are turning into the favelas of Brazil,” says Moiloa. “So we’re going to have to get our hands dirty to get these communities to understand that to move this country forward, we need to get into a development trajectory, and that trajectory will require co-operation between government, communities, and business.”Once this is addressed, says Moiloa, South Africa’s economic potential will be unlocked.

“And then we can see our economy crossing the 4% to perhaps even 7% economic growth required to create the number of jobs necessary,” he says. “Gauteng is the economic engine of the country. When things go badly in Gauteng it has a negative effect on the entire GDP of the country. That’s why our work is central to the unlocking of the economy.”

Moiloa, who was active in the struggle against apartheid, says that his work is one way he can honour the fallen heroes of the struggle. “If you ducked bullets yourself and you are given an opportunity to reverse the indignities that our people have suffered, there isn’t any other thing to motivate you to get the job done”, he says.

“Schools without sanitation, untarred roads, homeless people sleeping in the street, not spending money allocated for schools for roads, general inefficiencies — all of these things constitute betrayal of the cause for which these people died. So we should always remind ourselves we are doing it on their behalf, because we are lucky to have survived the onslaught of the apartheid system.”

Moiloa is motivated by the President Cyril Ramaphosa’s demands on those who serve in government. “The president has given a clear instruction: create development, or get out of the game. And I feel like, if you do not know as an MEC what local government is doing, then what are you doing? And I really like that he said that, because everyone has been doing their own thing — municipal, provincial, national — there was no integration. We should all account for service delivery.”

Part of that accountability is dealing with internal matters in his own department. “We are nipping corruption in the bud and acting against it decisively,” says Moiloa, adding that taking action against inept officials is a means of rooting out mediocrity.