FIFA has been urged to launch an investigation amid claims world football’s governing body was offered a secret television deal by Qatar’s state-run broadcaster Al-Jazeera just three weeks before it awarded the 2022 World Cup to the Gulf state.

Documents published by the UK’s Sunday Times newspaper appear to show that executives from Al Jazeera signed the television contract as the bidding campaigns to host the World Cup came to a close.

The alleged contract included a fee of $100-million that would be paid into a designated FIFA account if Qatar was successful in the World Cup ballot in 2010.

In December that year, Qatar beat rival bids from the United States, Australia, South Korea and Japan to host the tournament.

Al Jazeera was owned and controlled by Qatar’s emir, Sheikh Hamad bin Khalifa Al Thani, who was the driving force behind the bid.

The Sunday Times also alleges that a further $480 million was offered by Qatar three years later.

Damien Collins, who is the chairman of the British government’s digital, culture, media and sport committee, called on FIFA to freeze the payments from Al Jazeera and launch an investigation into the apparent contract that “appears to be in clear breach of the rules”.

In an email response to questions from the Sunday Times on Friday, FIFA wrote that “allegations linked to the FIFA World Cup 2022 bid have already been extensively commented by FIFA, who in June 2017 published the Garcia report in full on FIFA.com.

“Furthermore, please note that FIFA lodged a criminal complaint with the Office of the Attorney General of Switzerland, which is still pending. FIFA is and will continue to cooperate with the authorities.”

The allegations were first made in a book by a whistleblower from inside Australia’s failed 2022 bid, Bonita Mersiades, in January.

Mersiades’s book claimed FIFA executives were concerned that Qatar winning the World Cup bid would leave a financial shortfall for the governing body in 2022. 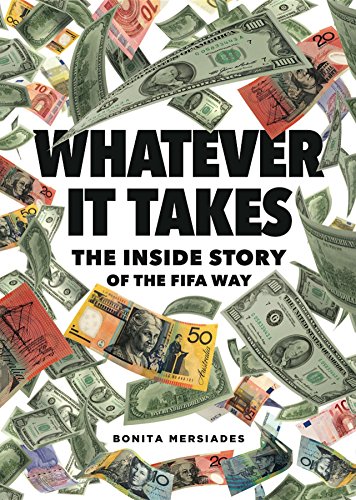 However Al-Jazeera, which is now beIN Sports, allegedly agreed the secret contract if Qatar won the vote.

The bonus was agreed, the book alleges, with the involvement and knowledge of then FIFA secretary general Jerome Valcke, who was later banned for nine years from football for corruption.