Memoir the making of a novel

Ivan Vladislavic’s new novel, The Distance (Umuzi), moves between two different voices, those of the brothers Joe and Branko. Joe is a novelist, Branko is a film and TV editor. There is, between them, a kind of brotherly friction, competition as well as care. 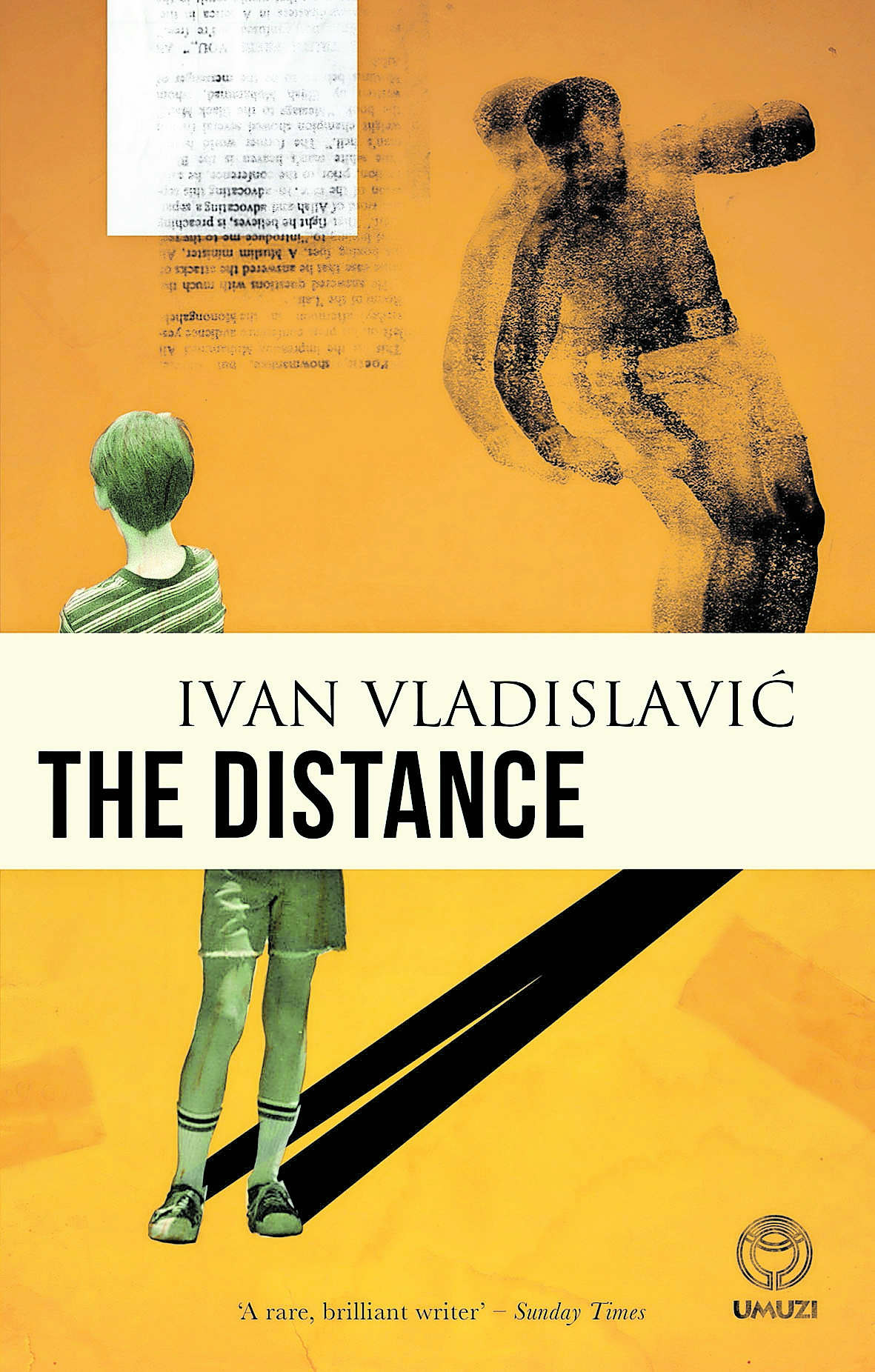 Joe wants to write about the scrapbooks he made as a child and teenager, when he obsessively collected and archived newspaper articles about Muhammad Ali — a compelling, powerful figure who represents something exotic, different and fascinating for a white boy growing up in early-1970s Pretoria.

Joe draws a reluctant Branko into his project. For Branko, the Ali material evokes their childhood, their family and home in Pretoria more than 40 years ago, and in the novel these memories of youth provide a parallel narrative to Joe’s musings on Ali.

The story of the global pop culture figure of Ali, boxing and performing his way across the world, is contrasted with the textures and feelings of childhood, making an intriguing and moving narrative that encapsulates that era, and brings it to a close in present-day South Africa.

Vladislavic has a wonderful sense of language, or languages — for many tongues speak in The Distance. Joe is drawn not just to Ali himself but also to the language of the sportswriters reporting and commenting on Ali, a rough-hewn but flamboyant, highly metaphorical way of talking about boxing. This trace of past words emerges in Branko’s narrative as well, in the specific colloquial expressions of the time, when schoolboys got into “a rort” with each other, and Dad told his children: “Don’t give me a thousand words!”

You have these different streams in the novel, and the kinds of language that arise in them. Some of the language in the Branko stream, particularly, was very resonant for me. Is that language generative for you? Does it take you to the sensory memory, or is it the other way round?

The different languages really arise out of the process, so on some level it’s a practical decision. The Joe material, the Ali scrapbooks, is the first material — that’s where I started. I actually do have such an archive and I always did want to write about it. I was thinking of a long essay about these scrapbooks and what they meant. What emerged, without much forethought, was kind of what Joe would write, in the novel, about the scrapbooks — a slightly detached, essayistic commentary.

But just looking at these things kept evoking memories for me. My next idea was to intercut these essayistic pieces with more memoir-type pieces — and that needed a different language, a language more like fiction, to talk about these memories. I began to write some fragments about childhood, but in such a different language that I couldn’t make the two streams cohere in a single narrator. So I created another character, and then I had these two voices. That drew this language up in me.

I can’t separate out how the language works in relation to the memory. They’re almost fused together. When I think about that period, I find myself thinking in this language. The language makes it possible to evoke that period vividly. “Don’t give me a thousand words!” “For crying in a bucket.” There’s quite a lot of my father, and my mother too, in the book. My dad was a kind of repository of this language, a certain kind of South African English that has now drifted away.

So that split takes place, these different kinds of language, the different narrators, which also introduces a certain antagonism between the brothers, which becomes a sort of buzz in the background.

That’s the third strand in the book. Practically, as I said earlier, one decision generates another. Having started with Ali, then having decided there should be a childhood voice, which are quite far apart, I realised I needed a third strand, a contemporary strand — the relationship between the brothers as adults. That’s the strand that carries the conflict, the collaboration as well as the contestation between the brothers. It provides a contemporary context, so the book is not just about the 1970s.

It became possible to deal with questions of narrative voice, and the literary concerns of how you construct a narrative. It was useful to have a framework that felt immediate. Creating a space in which they’re talking to one another allows for various tensions.

You do without inverted commas to indicate speech. Did you do that because you wanted the voices, in part, to start merging with or echoing each other?

I had a fair amount of quotation from the boxing writers, and I wanted this because the text is a sort of museum of that kind of writing. Initially I had all that in quotation marks, and all the dialogue between the characters, between Branko and Joe, in quotation marks, and it felt like the text was bristling with them. So I tried dropping the quotes on the dialogue, and I found that quite challenging. That involved a lot of rewriting. I like the fact that it produced a more fluid text. It does allow Joe and Branko to merge, in a way.

Then I thought it might be possible to do away with the quotation marks in the Ali material, and I had that in italics for a while in the working manuscripts. But I find italics hard to read at length. Eventually I figured I’d use a different typeface, which would integrate the elements more — you can read it as continuous, but as soon as you detach slightly and focus you see it’s a quotation. In that way, the book is ultimately a collage or montage, different elements that have been put on the same surface.

Writing out of memory, as you do in the novel, in Branko’s voice, did you feel you had to be faithful to something, to produce a narrative truth — “this is how it was”, these are the facts? It’s an interesting juncture in this kind of writing. John Le Carré said that he’d drawn on his memories for his fiction so much that he no longer knew what had really happened and what he’d invented or embellished.

To go back again to how the text grew, I was thinking at first of the childhood stream as memoir, but once I had the idea of the framing narrative, which is entirely invented, it shifted the whole thing for me. That freed everything up, and it became possible to invent.

But it’s a fascinating question: What does it mean to be faithful to a memory? In terms of writing, it’s maybe about what feels right. My father drove Zephyrs and Zodiacs; it would be impossible for me to write about that memory and make my father drive, say, a Rover.

I think it’s something writers often confront. We understand that, as far as what happened is concerned, one’s memories are unreliable. What you remember and what you’ve imagined become difficult to separate.

In my case, the things I’m wedded to are some of the visual details, and this language we’ve been talking about, but I’m not so wedded to the detail of event and incident. The characters are quite fluid. But I am faithful to the details. The real resonances are in the smells, the colours.

That said, you might remember some detail vividly, but you might have transposed it from another episode else. These things coexist in a fluid state, and you require that to be able to write fiction. You can’t make something up if you’re constantly trying to recover something you think exists, back there, in some pristine state.

Ali as a figure, Ali as an image, is fascinating in himself. He was so performative. You can see why he had this effect on someone like Joe.

It’s a moment in which sport is morphing into entertainment. Boxing becomes a spectacle, so much money is involved, and it’s gladiatorial — two men on a stage, with a light on them. It’s theatrical from the start.

I think many people got interested in Ali who weren’t necessarily interested in boxing, or even sport. That moment feels like a template for a whole lot of things that have happened since, especially with the technology we have now. Now anyone can become a celebrity, anything can be staged for our entertainment. Ali was at the start of this shift.

Also, Ali was a complicated figure. To Joe, part of the fascination could be that he’s a kind of mystery. He was an imaginative space, and that allowed people to invest in him.

That’s part of the complexity of his character. He had to be an extraordinary person to carry this weight of myth.

I remember that feeling even as a teenager. There’s a lot I can’t remember, but I do remember thinking: “Who is this guy?”

‘I will come out and explain to the nation exactly how I will deal with [the SIU] report,’ Ramaphosa said during a walkabout at vaccine sites in Gauteng
National

According to an Afrobarometer survey of 1 600 people, the majority of people do not trust the government to deliver safe vaccines
Advertising