Beira, one week after the  apocalypse

A woman stands barefoot with her head in her hands, crying, in front of a battalion of a special unit of the Mozambique Republic Police. She walks towards where they are blocking the passage of people. She claws at them. She wants to return to the warehouse they are guarding. The police do not let her pass.

The warehouse belongs to an Indian rice-processing company. Before the police arrived, hundreds of people were trying to steal bags of rice. Marta Mareda (37) was among them, along with her 12-year-old daughter.

When the police arrived to chase off the looters, they fired live bullets, and Mareda lost her daughter in the panic. She fell in the stampede and Mareda thinks her daughter must have suffocated to death.

Now she wants to go back to the warehouse to look for her daughter, but the police stop her.

This is the situation in Beira’s neighbourhood of Vaz, where most of the city’s food is stored. A week after Cyclone Idai struck the city, the population is still without adequate food, water and communications.

Vehicles bringing food into the area are attacked by people who do not know where their next meal will come from;they have lost everything. This complicates the humanitarian response. An official from the National Institute of Disaster Management is on the spot, trying to co-ordinate with police on how to bring in a truck containing food aid to another warehouse that has been overrun by people.

The situation in Beira is dramatic. The city is Mozambique’s second-largest, and is the economic hub of the central regions. Its importance to the regional economy cannot be overstated: it is one of the main ports linking landlocked Malawi, Zambia and Zimbabwe to the rest of the world. But now everything is broken.

The only bank that is functioning is BCI, but the queues are long. At the ATM next to the Beira municipal council, the queue stretches for two blocks. The minimum wait in line is four to five hours. Some people arrive at 9pm and only leaving the next day. When they do leave, they are at the mercy of thieves who surround almost every ATM.

Electronic payments are not operational because the internet and mobile phone networks have collapsed. The Movitel network functions —now and again.

The only place in the city that has electricity and internet is the operations centre at Beira’s airport, where the Red Cross has set up a server with free internet for journalists. This is also the mobile phone recharging centre. Rescue helicopters arrive here, co-ordinated by Adrian Nance from a charity called Wings Like Eagles, which is working with Mercy Air.

Nance says that since Sunday they have carried out more than 40 rescue flights. The district of Buzi, 150km from Beira, is the most affected. “There are people [on top of] the trees and the few remaining buildings. The entire district is submerged, and there are more than 10000 [flood] victims,” he says.

Late on Wednesday afternoon, a group of young people are working with shovels to open up roads blocked by fallen trees. A man in jeans and an unbuttoned shirt helps to remove tree trunks with his bare hands. 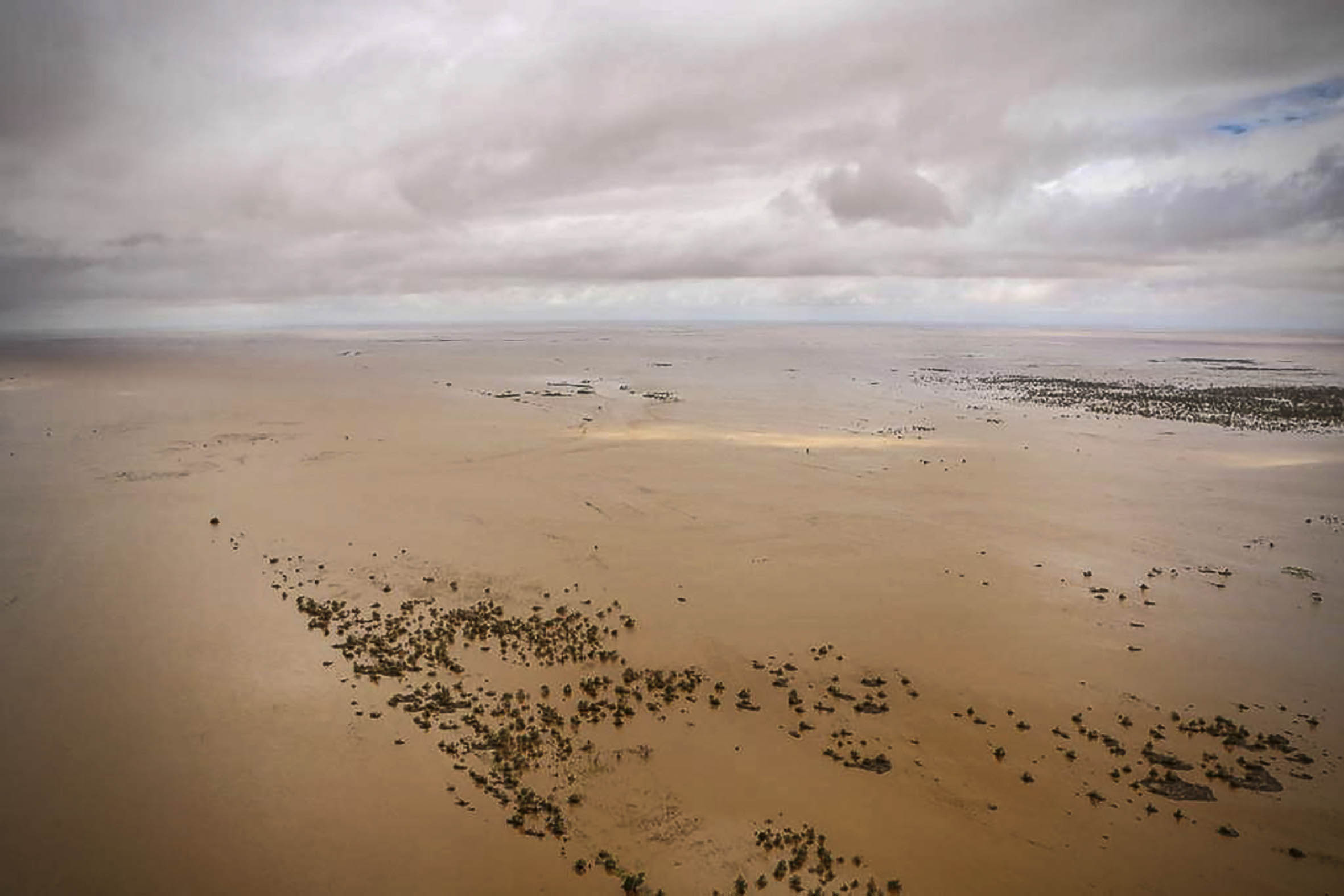 Water to the horizon: An aerial view shows how the plains near Beira were flooded after the passage of Cyclone Idai. (Adrien Barbier/AFP)

Daviz Simango is the mayor of the city of Beira. “Our city is completely destroyed and we will be rebuilding it,” he says. According to his numbers, 20 people died in Beira, mostly when houses collapsed.

The Mozambican government has confirmed at least 200 deaths, but says the final death toll is likely to exceed 1000.

The Central Hospital, the province’s main hospital, is operating at only 20% capacity. The roof of the mortuary building has collapsed, affecting the cold storage system. The supplies needed to fix the building can only come from Maputo, but the roads are cut off.

Simango says assistance from the central government was inadequate, because of poor co-ordination between the city and the National Institute of Disaster Management, whose response is being centrally managed by ministers who were dispatched to Beira.

There is also a political issue: Simango heads up the Democratic Movement of Mozambique, a prominent opposition party. He believes the government’s response to the disaster is being politicised.

But politics is far from the minds of survivors of Cyclone Idai.

Beira today is a ghost of what it was just a week ago —destroyed, submerged and cut off from the rest of the world. The full scale of the tragedy is yet to be understood. There is only one certainty: it is large. 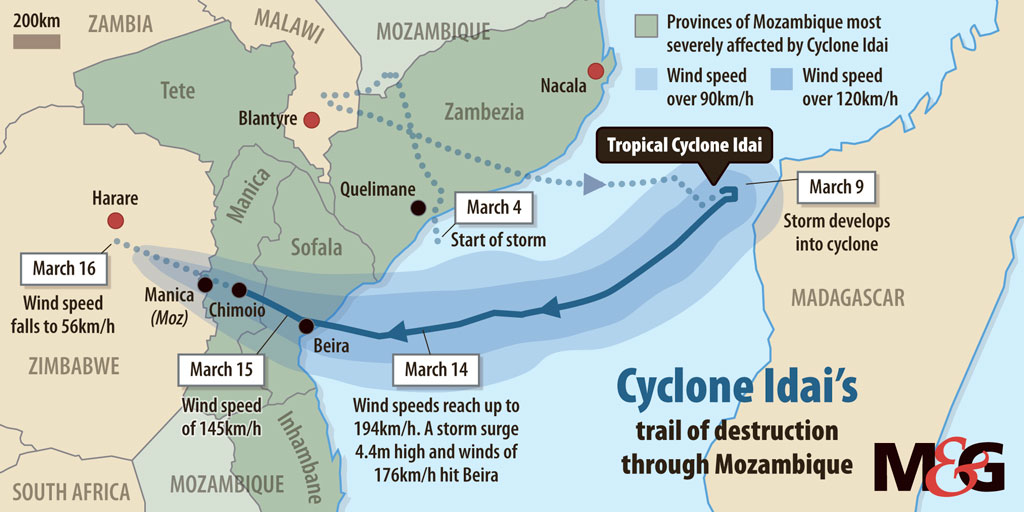