Bonolo Chepape recently relocated from Mafikeng to her hometown of Rustenburg. The 27-year-old founder of design brand Lulasclan wanted to be closer to the manufacturing team producing the scatter cushions for her small enterprise. It’s a team of just two other people – her mother and an aunt –meticulously sewing every item, ensuring zips and stitches are of the highest quality. The finished products, all baring Lulasclan’s colour-splashed digitally printed patterns and designs, inspired mostly by Chepape’s Pedi upbringing, can be ordered through the online store she launched in October 2016. This was the same month she resigned from her fulltime position as a graphic designer at an advertising agency. 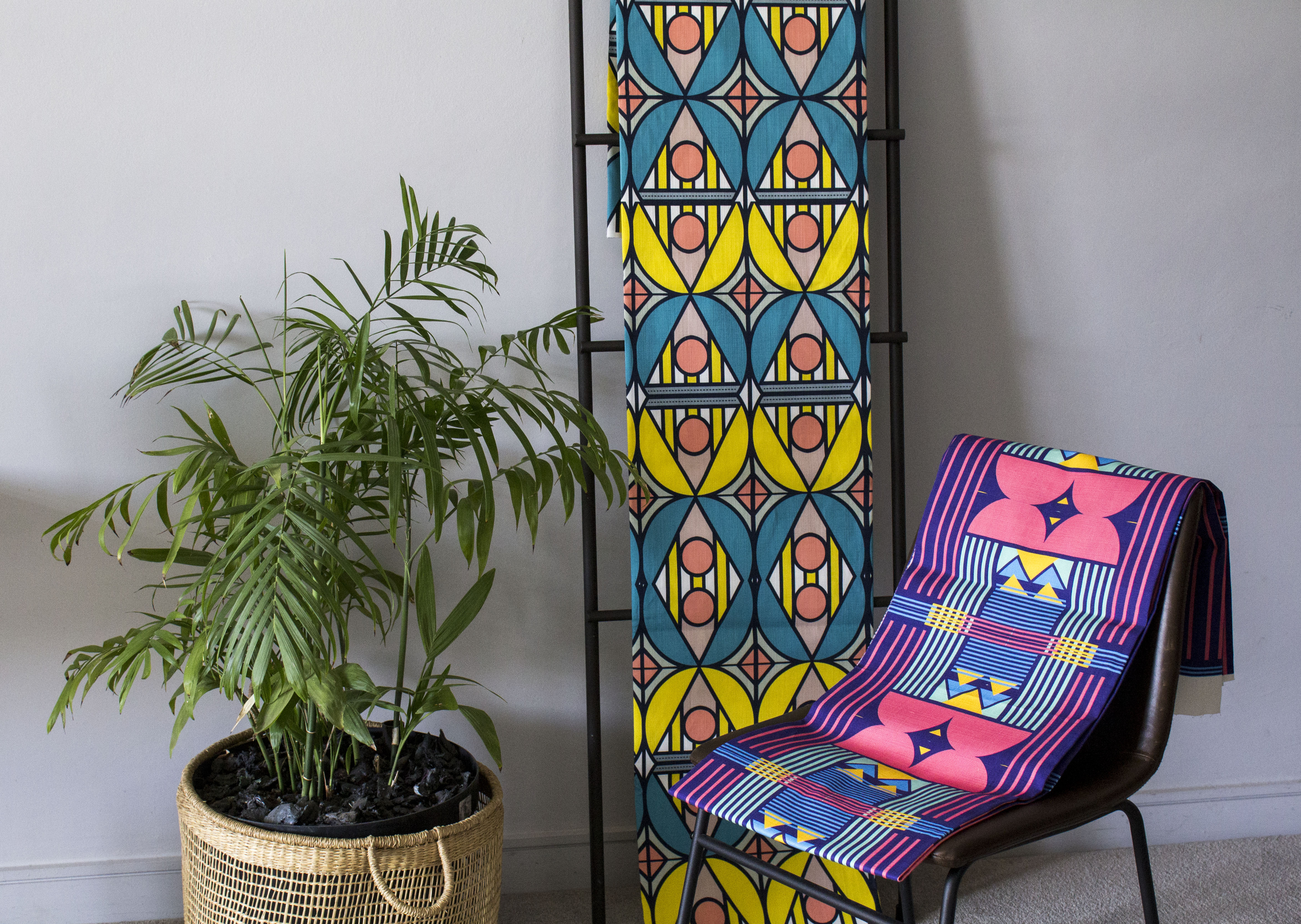 From Lulasclan’s collection, which is inspired by the founder’s Pedi upbringing. (Adel Ferreira)

Talented and ambitious, Chepape had advanced in the advertising field from junior designer to a mid-level position in the four years after graduating with a BA in graphic design and communications from Pearson Institute in Midrand. She felt a creative director role was within reach at the time that she quit the ad world but, still, she followed her intuition to start an African-inspired textile brand.

“It was scary,” she admits, “as I was venturing into a sector I didn’t know.” She built her website by watching YouTube tutorials, read online articles about brand strategy, and accessed books on accounting to learn how to approach business finances.

Since then, Lulasclan has collaborated with Mr Price Home, Nando’s and SMEG, and created a unique textile print for fashion brand Mantsho by Palesa Mokubung, which made its debut at SA Fashion Week 2018. Last year also saw her win Best Textile Design at 100% Design South Africa, just two years after launching her first collection.

On 9 March, Chepape added another feather in her cap by walking away with a prestigious award from the Design Foundation, at a ceremony held at GUILD, at the V&A Waterfront Silo District in Cape Town. The Future Found Award she received is one of the foundation’s seven annual awards, and recognises a local designer who has already achieved a degree of excellence with limited resources.

That Chepape founded her brand with just R2,500 in her pocket speaks to her determination. This money paid for her online store, business registration and first range of cushions – developed out of necessity when moving home and not finding cushions that suited her style.

Says Laurence Brick, who sits on the Design Foundation board and is Managing Director of Platform Creative Agency, and Creative Director of 100% Design South Africa: “Bonolo has forged a unique handwriting, reflecting on and taking inspiration from different cultures within South Africa. Her prints have integrity and context yet her work can sit on an international stage. It’s totally unique, reflecting the spirit of a truly South African identity. She is a rising star, and is definitely someone to watch.”

Chepape’s award means she will receive tailored support and business guidance from the foundation’s board, which also includes Trevyn and Julian McGowan, founders of The Guild Group (a company at the forefront of promoting African design), trend specialist Dion Chang, and Eugenie Drakes (founder of Piece, an enterprise focused on creating sustainable business for craft and design producers).

Design consultant Tracy Lynch, who has been working closely with Chepape through her involvement with Nando’s, has seen much promise in the young entrepreneur. “Bonolo realises the power of storytelling and wants to understand her culture better, spending time researching shapes, so she can use them wisely and respectively,” Lynch says.

Yanni Vosloo, Merchandise Director at Mr Price Home, who worked with Chepape on the Mr Price Colab Collection for which she designed patterns that were applied to blankets and other items for the homeware store last year, highlights a key attribute to the designer’s approach: “She isn’t afraid to experiment and explore new avenues. Her biggest differentiator is her inquiring mind.”

At the award ceremony, another former advertising agency heavyweight, Porky Hefer, received the foundation’s Icon Award for outstanding work produced over the past year, which included a series of animal-form seating in collaboration with Southern Guild Gallery and the Leonardo DiCaprio Foundation, whose proceeds benefit wildlife conservation.

Nominations for the awards were open to the public. Around 200 nominations were received, and were reviewed by the Design Foundation board in order to make final decisions. Other winners included Hotwired Design, receiving the Manufacture Award for its technical proficiency and willingness to help designers in realising their products; Sealand Gear, achieving the Maker to Market Award for understanding the value of brand-building, identity, marketing and consumer interaction; and ceramicist Chuma Maweni, who received the Object That Moves Award, celebrating his Imbizo stool as an original product that has enjoyed significant commercial success.

Our Workshop, an open-access studio in Guga S’thebe Arts & Culture Centre in Langa, founded by design-thinker Heath Nash, was lauded for empowering community members to make and repair items, winning the Design With Purpose Award. Through creative-skills development the team finds new ways to employ disused materials, and Nash says the award helps give social design a voice.

The Apprentice Award went to Lwazi Mshibe, who last year graduated with a B-Tech in Interior Design from Durban University of Technology. He receives a three-month internship with Mr Price Home, followed by a place in MRP Foundation’s nine-month Jump Start Retail Programme. Vosloo looks forward to what he calls a ‘symbiotic’ relationship with the graduate. “Internships allow the designer to experiment without any stress and the business often gets fresh perspectives free from the constraints of corporate experience,” he explains, adding that Mshibe will have the opportunity to work on projects in both product design and store design, giving him an idea of which direction he would like to take his career as he enters the industry.

Mr Price Home isn’t the only commercial entity providing support to grow the local design industry. BMW, V&A Waterfront, 100% Design South Africa, M&C Saatchi Abel, Visi and Krone each sponsored an award, highlighting their commitment to aiding the non-profit foundation in its mandate to uplift the industry by acting as a conduit between business and design.