The Water Research Commission (WRC) is close to realising the benefits of measures it has put in place to ensure that the multiple usage of water is implemented in villages in Limpopo province. The project, supported by the African Development Bank through its agency the African Water Facility, began in 2017. To date the commission has implemented the operationalisation of Ga-Mokgotho, Ga-Moela, Khalavha, Tshakhuma, Ha-Gumbu and Phiring.

In the latest assessment held at Ga-Mokgotho in March 2019, the commission’s research manager, Virginia Molose, acknowledged the partnership model that has brought the impact of the Multiple Usage Water (MUS) project across municipalities in the Limpopo districts of Sekhukhune and Vhembe. In her view there is a role for every stakeholder to ensure that nobody is left behind, even less resourced households.

“We want to upscale lessons we have learnt in this project; to tell other municipalities how they may implement and sustain MUS projects.We learnt the challenges associated with operationalising community projects: procurement, management and the planning of the whole MUS. Through this dialogue and engagement we are strengthening knowledge on MUS, developing robust tools and guidelines that have been tested within communities,” said Molose.

She said: “Our aim is to reach optimised water resource development and management for improved service delivery. It is our desire to see improved local water use planning and management. We have started something that will allow other partners to see the value of their contribution.We are learning that communities are not passive recipients of government support, they are initiators, they self-supply and know which designs work for them. People are creating food security for themselves, starting businesses with what the project has provided; the possibilities are endless if more water could be provided.”

Of all the projects that WRC has worked on, Ga-Mokgotho appears to be the most consistent in sustainability, community involvement and greater prospects for the future at cheaper costs. There is minimal vandalism to the infrastructure and optimal usage of such, with few or no interruptions.

The representative from the local traditional authority is very satisfied with how efficient and well-run the project is. He said that water a big resource that is in abundance in the area. The water projects have created jobs and sustained livelihoods in the village.There are future plans to build a dam on the mountain to preserve water and to use it for livestock and other agricultural purposes. The community is still looking after the infrastructure that the government gave them. 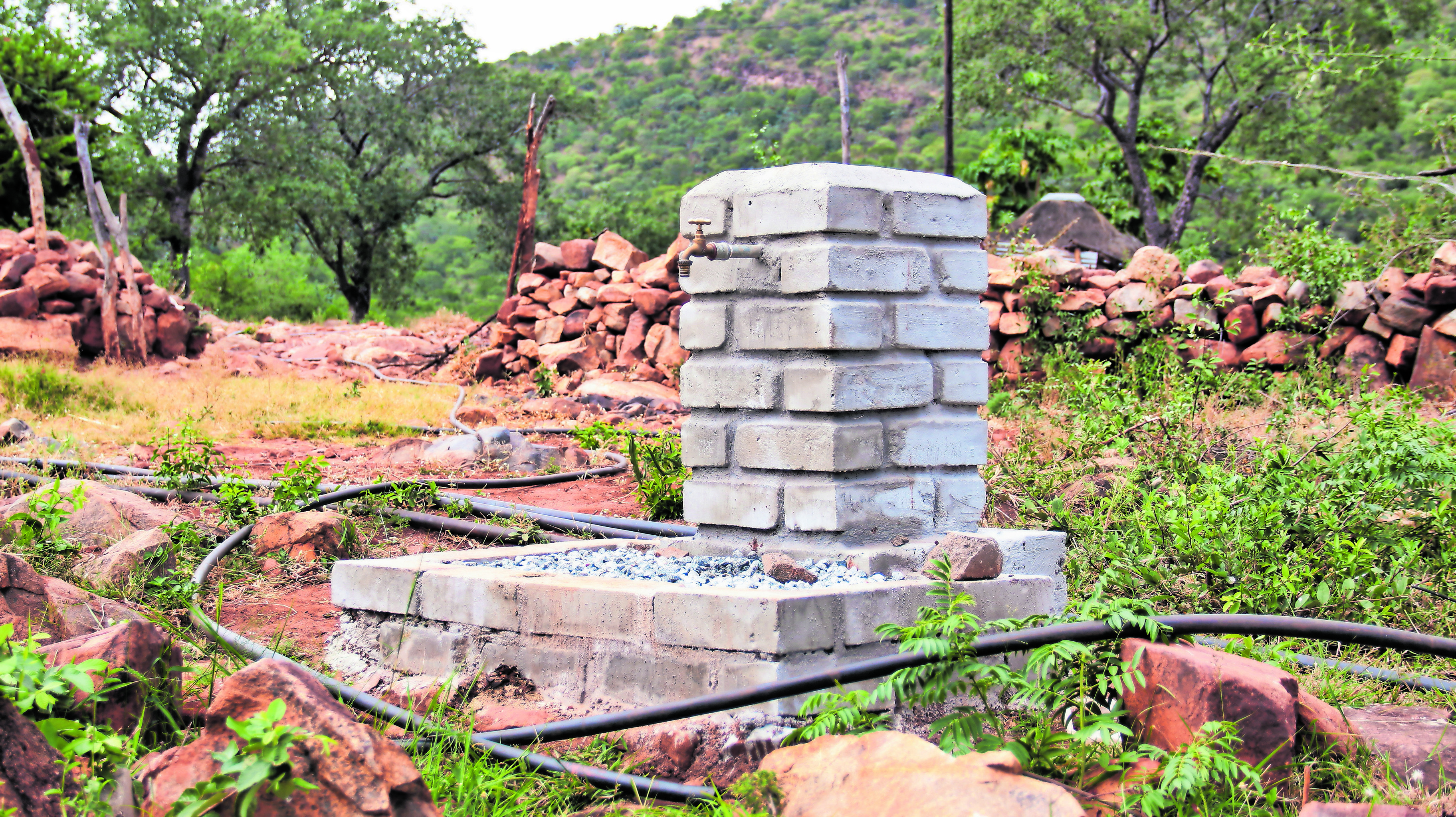 Ward councillor of Ward 16 in Greater Tubatse Municipality, councillor Khosa Rankie, said: “When we gathered here in 2017 I didn’t realise that we shall have reached where we are today; you have done well, even if it is not the total end of the project, the work done here is commendable. Whatever remains, please go ahead, plan so that we show that the people here govern.There are still other areas in this ward that should share and benefit from the investment you have made in this area.”

The greatest success factor of the project stems from the continued partnership the WRC has made with various role players. The African Water Facility has been instrumental in providing funding for the project in all areas in Limpopo over the period research has taken. The International Water Management Institute has been the backbone of the research work done, using the local Tsogang Water and Sanitation for community mobilisation and infrastructure implementation. Limpopo’s department of agriculture and rural development played a critical role in making sure that various water projects that are aimed at agricultural products receive the right advice and correct implementation.

Madikana Mokgokong, from Limpopo’s office of the premier, said: “As partners from the department of agriculture and rural development, co-operative governance, human settlements and traditional affairs, the office of the premier initially asked ourselves if there are lessons that we can upscale to other areas. We appreciate the community of Ga-Mokgotho for not waiting for government to come and do things for them.

“Things that are done on the project are going according to the National Development Plan, responding to the challenges of poverty, unemployment and inequality. After what we have seen here, we shall continue to liaise with the district and identify the needs and make appropriate interventions. The issue of partnerships with various sectors is vital going forward; sector collaboration is the only way for development.”

The day’s assessment took all the partners involved to the various projects and the reservoir that supplies the village with water. The kilometre-long walk enabled all to appreciate the innovation that has made Ga-Mokgotho such a stand-out community; it is self-reliant, and needed only a push here and there to get the project running.

Dr Shafick Adams, executive manager of the WRC, said: “This project brought water security to the people of Ga-Mokgotho using local expertise and energy at a fraction of the cost. We see many examples where we spend millions of rands on water infrastructure with very little water to show for it, because communities are seen as recipients and not active participants. Often when we think of water security, we do not think of the rural settlements that are not connected to bulk infrastructure. There is a serious need to rethink our current water supply models and to include local communities in a much more meaningful way. Here, operation and maintenance are localised and repairs are done within hours, if not less, compared to weeks from responsible institutions. There are some great lessons that can be taken from this project to other areas. Decision-makers must come and take this water supply walk with communities to understand their needs and aspirations.”

Dr Stanley Liphadzi of the WRC summed up the day’s observation: “The project gave us an opportunity to realise a dream, to position science and technology issues to benefit the community. We also wanted to ensure that partnerships really work, something we see in practice here in Ga-Mokgotho. We wanted to see that water is efficiently and optimally utilised, that every pipe connected to the source is used for multi-purpose. Here, with the innovation you are using, you [the Ga-Mokgotho villagers] are primarily the ones who designed the system, and you are actively involved in maintaining it.”

International community seeks to better tap into groundwater in 2022