The solution to the country’s water challenges can be found in community-led planning, construction, operation and maintenance of water infrastructure for multiple uses. This is what the Water Research Commission (WRC) has revealed in its latest report on the operationalisation of the community-driven multiple use water services project presented at Ga-Mokgotho in Limpopo recently.

The head of research at WRC, Dr Stanley Liphadzi, said: “The project gave us an opportunity to realise a dream: to position science and technology issues to benefit the community. We want to ensure that partnerships really work, something we see in practice here in Ga-Mokgotho. We also wanted to see that water is efficiently and optimally utilised, that every pipe connected to the source is used for multi-purpose. Here, with the innovation they are using, the community designed the system, they maintain it and have saved a lot in its operationalisation.”

The Sekhukhune and Vhembe districts in Limpopo province have high levels of unemployment and poverty, low levels of water security and high vulnerability to climate change. It is for these reasons that the WRC earmarked the two districts to carry out the action research project “Operationalising Community-driven Multiple Use Water Services (MUS) in South Africa”. It yielded a model that is likely to work across many municipalities to curb the shortage of water, and where water is available, how to effectively use it for various purposes.

The project was initiated in 2015 and given a lifespan of four years. The WRC worked with six villages: Ga-Moela, Phiring, Ha-Gumbu, Tshakhuma, Khalavha and Ga-Mokgotho to meet their domestic and productive water needs. Through various interactions with partners and the communities they have been able to develop water infrastructure designs for all villages, making assessments of the capacity of each area to deliver water, the sustainability of each in the scheme and the budgetary requirements for maintenance.

The discovery across all schemes has been that greater community involvement and partnerships are recipes for their success. Of importance was that a community-led participatory process was implemented methodologically, from the beginning until the close of the project.

In its MUS report the WRC says: “In each village, the project followed the step-wise participatory process of creating an MUS forum; conducting diagnosis; identifying a range of solutions and prioritising, formalising plans to meet compliance rules, which included the change of the MUS forum into a primary co-operative for procuring materials and establishing community-led construction.” 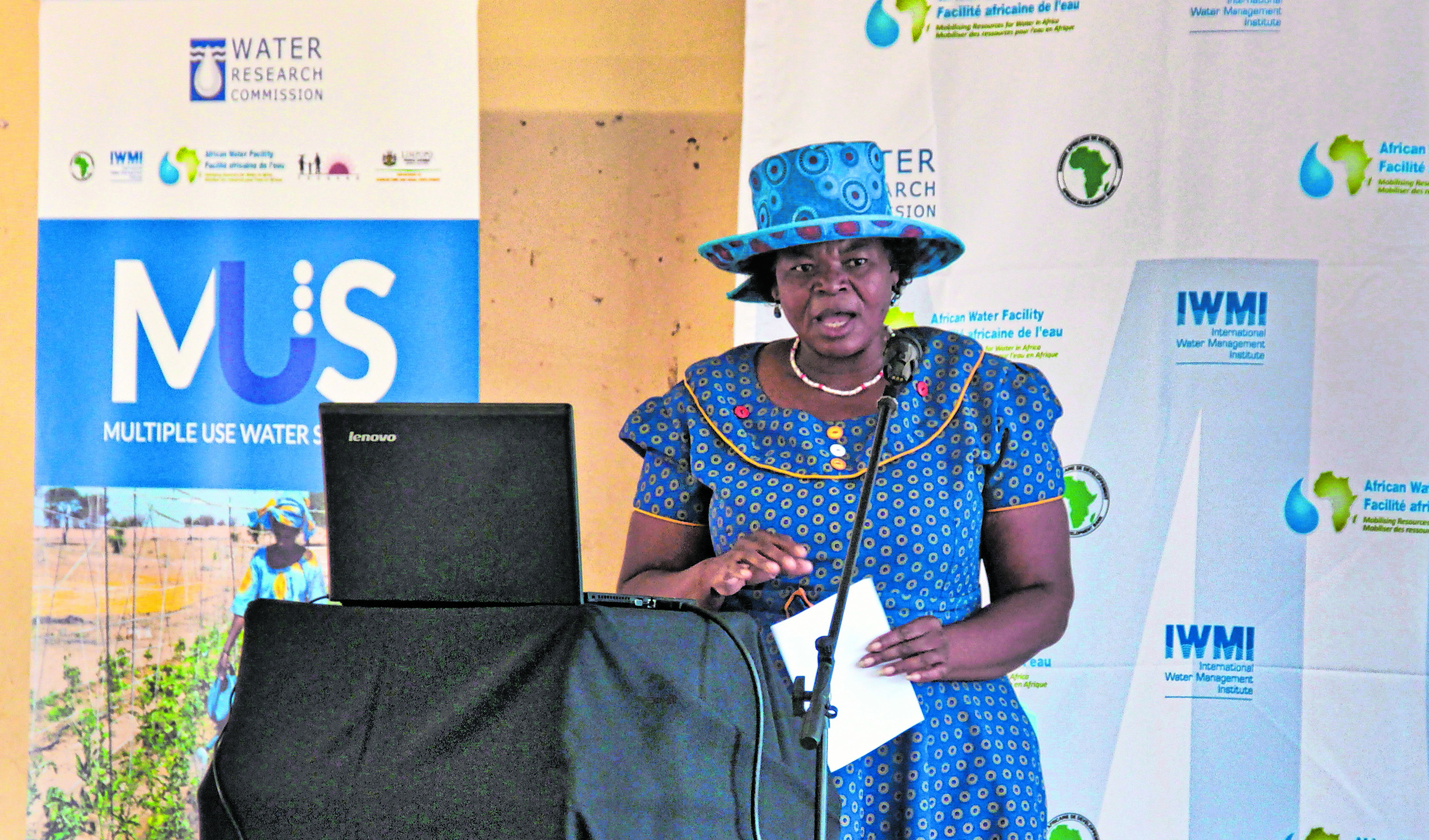 Eric Kgotsoka from Ga-Mokgotho is the local chairperson of the local MUS forum; he has taken a keen interest in the developments around his village. He speaks fondly of the new role that he has assumed and how it will continue to empower the village.

“We are seeing growth in the work that has been given to us, particularly that we shall have to change this forum, or part of it, to become a co-operative. The work to have a fully-fledged closed co-operative is advanced, and we are now at a business planning stage. The involvement of community members is paramount, as they want to see their skills put to use with available water resources,” says Kgotsoka.

Ga-Mokgotho and Tshakhuma are practical examples of how planning and implementation steps were followed, and the resultant sustainability of the projects is guaranteed. In both areas the communities identified high yield wells in the mountains and contributed individually to the purchase of infrastructure used to draw water from the mountains to the village, managed to develop storage capacity and connected it to a reticulation system that has benefited more than 2 600 people in each village. There has been a recognition of how community members did not mind spending to ensure that water reaches them; now they are able to irrigate at their own homesteads.

“The new dispensation has unleashed initiative and creativity to fill the backlog of the past together with government. The MUS project sees communities’ investments in self-supply as a cost-effective opportunity for government to encourage and support,” the report says.

Another great lesson from this project was that since the communities were the ones involved in the engineering of schemes, the only training required was to augment existing skills and allow continuity of the project beyond the help provided by WRC and Tsogang Water and Sanitation. In the five villages (excluding Tshakhuma) the project was able to employ 199 skilled and unskilled workers, who worked between 11 and 31 days.

Mokgotho, a member of the Ga-Mokgotho traditional authority, drove the point home that the intervention has helped the Ga-Mokgotho community to create more jobs. “Of importance is that all investment you make here will be safe, as we do not have criminals to vandalise the infrastructure. Whoever tampers with the water system knows that community will not allow them to proceed with their destructive behavior.”

The WRC report concludes by saying: “The community contribution during construction demonstrates a cost-saving potential, thus creating an opportunity for infrastructure improvements being able to be carried out by communities. It is also that contribution that enhances inclusion and a sense of ownership, which are key to the sustainable operation and maintenance of infrastructure.”