Algeria and Sudan are engulfed by protests against leaders who have overstayed their welcome. Their stories need to be told, but we must also recognise that they are not the exception—other countries may soon follow suit.

Africa has seen a growing number of leaders establish themselves as presidents for life. Burundi’s Pierre Nkurunziza, Sudan’s Omar al-Bashir, Cameroon’s Paul Biya, and Chad’s Idriss Déby are some of the leaders who have successfully removed presidential term limits. In Uganda, President Yoweri Museveni, who, in his younger days, was scathing about those who failed to relinquish power, has been in power so long that he recently had to do away with constitutional age limits, having already removed term limits in 2005.

Term limits have been respected in many countries on the continent, and occasional transfers of power have led to changes of government in the more democratic states, but a number are governed by an entrenched and uncompromising group of men. 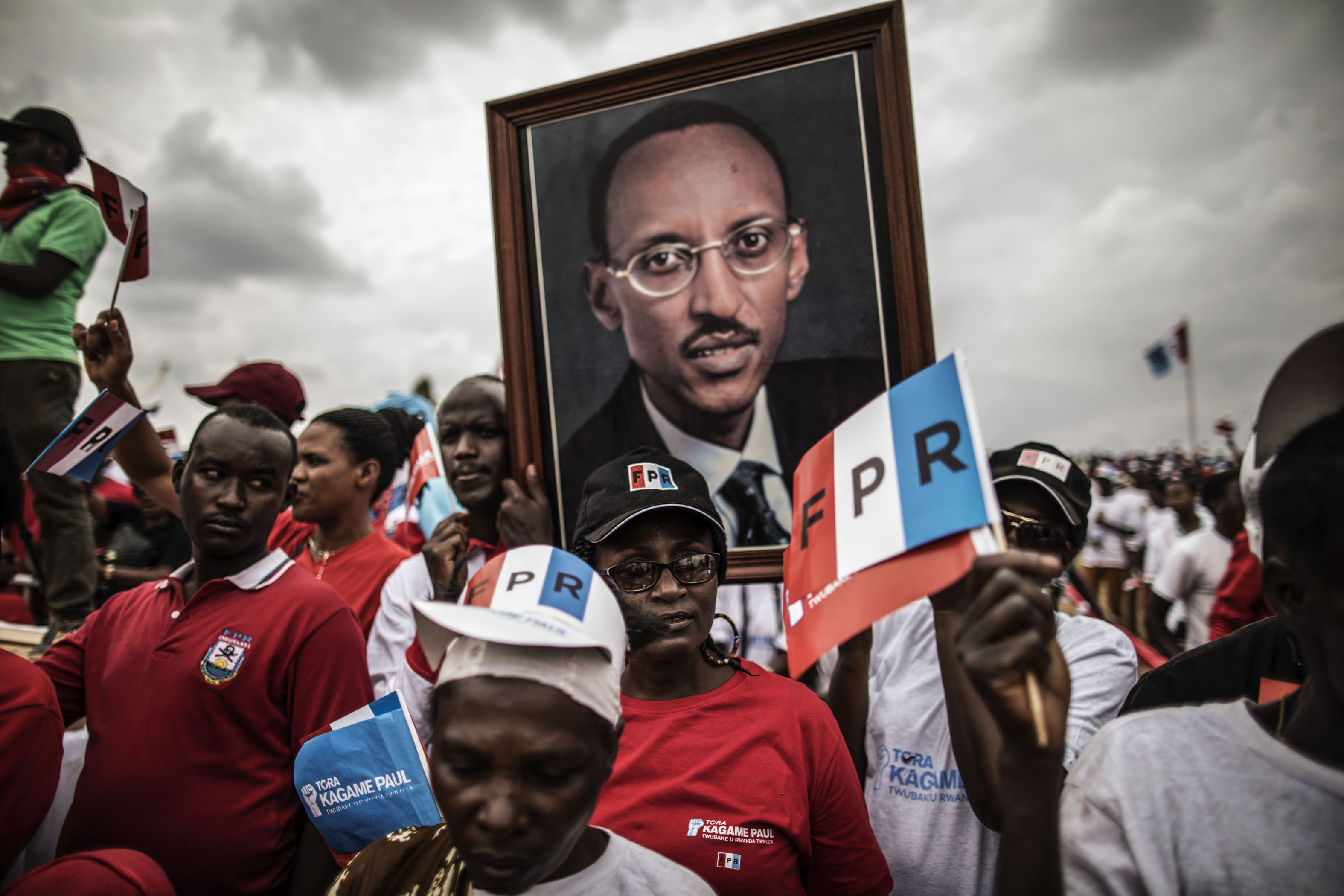 Some commentators have argued that allowing leaders such as Rwanda’s Paul Kagame to remain in power is a good thing because it generates political and policy continuity. But careful analysis of what these presidents have done in office demonstrates that, nine times out of 10, the longer a leader remains in office, the worse the consequences are for democracy and inclusive economic growth.

That we see popular uprisings against life presidents in Algeria and Sudan reflects growing frustration with the failure of out-of-touch despots to provide the basics, such as political stability and affordable food. The danger is that other countries, including Cameroon and Uganda, are following in their footsteps.

Efforts by leaders to entrench themselves in power are nothing new. The first set of life presidents were the nationalist leaders who took power after the end of colonial rule. Although some died in office relatively early, such as Kenya’s Jomo Kenyatta, and a small number resigned, including Tanzania’s Julius Nyerere, many changed the Constitution to enable them to rule for decades. Malawi’s Hastings Banda and Uganda’s Idi Amin even changed their official titles to reflect their desire for authority: His Excellency the Life President of the Republic of Malawi, Ngwazi Dr Hastings Kamuzu Banda; and His Excellency President for Life, Field Marshal Alhaji Dr Idi Amin Dada, VC, DSO, MC, CBE.

The onset of the multiparty era was supposed to have changed all this. With a small number of exceptions, the majority of countries introduced presidential term limits that were intended to stop one individual from gaining a monopoly on power.

This process was not just driven by the spread of the American norm. It also reflected a growing recognition that one of the reasons that many African states had performed poorly during the 1980s was the absence of effective checks and balances against bad leadership.

The key lesson that many constitutional experts took from this was that additional measures needed to be employed to re-establish the separation between the ruling party and the state.

In many countries, this was a successful project. Over the past decade, term limits have become consolidated in a number of states including Ghana, Kenya, Liberia, Nigeria, Mozambique, Sierra Leone, Tanzania and Zambia. But in the more authoritarian corners of the continent, leaders have found it relatively easy to remove these restrictions. As a result, six of the world’s top 10 longest-serving leaders — excluding members of royal families who hold nominal positions — are African presidents.

Cameroon’s Biya holds the record for the longest-serving leader at 42 years andEquatorial Guinea’s Teodoro Obiang Nguema Mbasogo has been in power for 38 years.

The cost of one-man rule

Recent uprisings against long-term leaders in Algeria and Sudan highlight the dangers of life presidents. In both cases, citizens have taken incredible risks to campaign for change. They have done this because they understand that their economic and political problems cannot be separated from the presidents who demand their loyalty.

The personalisation of government and the deep politicisation of all aspects of the state occur when leaders stay in power too long, facilitating the abuse of power.

In Algeria, this was exacerbated by the poor health of President Abdelaziz Bouteflika, who was seeking re-election for a fifth term in office. Yet the protests were about much more than his lack of dynamism; there is widespread anger at the extent of corruption and the failure of the “system”, or “pouvoir”, to deliver for the people.

The rising cost of living is also one of the main drivers of the popular uprising in Sudan. Although inflation of 70% and the doubling of bread prices brought people to the streets, their grievances run much deeper and include the failure of the government to build an inclusive political system that represents the interests of all citizens. Evidence of growing factionalism in the security forces suggests that many in the police and army also feel the need for change, which in turn increases the risk that the conflict will rapidly escalate into something approaching civil war.

Sudan and Algeria are dominating the headlines right now, but they are not alone. In Cameroon, Biya’s divide-and-rule strategy has led to growing tensions between the Anglophone minority and his government, leading to a series of protests that were brutally put down by the government. According to the United Nations Office for the Coordination of Humanitarian Affairs, the violence led to hundreds of civilian deaths and the displacement of more than450000 people.

Similar stories could be told of a number of other states in which life presidents refuse to leave power.Further progress towards democratic consolidation or more effective government is unlikely in any of these countries while the current leadership remains in place.

The threat to democracy and development posed by life presidents in Africa is real and growing. During the research for our book How to Rig an Election, Brian Klaas and I found that, on average, the chances of an election being manipulated increased every year a leader was in power.

This is not surprising: none of the countries run by the six longest-serving leaders in Africa are democracies. The negative relationship between time in office and authoritarianism is bad news for other countries that have so far received much less attention than Algeria and Sudan but appear to be on the same pathway. In Uganda, for example, Museveni’s leadership has run out of steam and looks as ifit will become increasingly reliant on a combination of electoral manipulation and repression to retain power.

Uganda’s economy continues to grow at a steady rate, but there is growing evidence that its oil wealth risks being wasted. At the same time, younger and more vibrant rivals such as Bobi Wine (Robert Kyagulanyi Ssentamu) are harassed, arrested and, in some cases, tortured. Uganda is unlikely to feature the kind of popular uprising witnessed in Sudan any time soon, but the seeds of a future crisis are currently being sowed.

Changing a leaderdoes not solve all of a country’s problems. One of the most problematic legacies of life presidents is they leave behind self-serving regimes that quickly regroup to re-establish their authority, often resorting to even greater repression in the process.

Those protesting in Algeria and Sudan know this well, and have demanded not just the removal of individual leaders but the end of the systems that propped them up. The sad reality is that the longer an authoritarian leader has been in power, the harder it is to genuinely reform the broader political system they put in place. In Algeria, Bouteflika has gone, but the army has not.

The best way to avoid the rise of authoritarian abuses is to stop leaders from becoming life presidents.

WhatsApp played a big role in the Nigerian election. Not all of it was bad

Algeria, Sudan and the danger of presidents-for-life