‘They got careers, I got a record’

Bonginkosi Khanyile sometimes wanders to the edge of his family’s stand in Umlazi’s P Section. He dare not venture further.

He is 29 years old. He left school more than a decade ago and was waiting for life to begin. He is waiting again.

And yet, so much has already happened.

At 19, fresh out of school, Khanyile had a clear idea of how to escape the poverty of P Section, a township just outside Durban. He started off small, breaking into his former high school’s tuck shop. This was training for the big time — his older brother was known in the township for stealing cars.

At the time, his brother was out on parole and the two were hanging around on a street corner, the elder brother cleaning some ganja in his hand while versing the younger sibling in the pitfalls of pursuing a life of crime. Just then a blue and white van approached and his brother took off. Bonginkosi was thrown into the back of the van, the policemen insisting he reveal details about his brother.

Many years later, in 2016, Khanyile would once again find himself in the back of a police van.

He was arrested for his involvement in the #FeesMustFall protest at the Durban University of Technology. He was charged on eight counts, which included public violence and inciting violence. In what has now become #FeesMustFall lore, Khanyile would be denied bail, in part, it was argued, because of a fear of the influence he exerted over fellow students. After 150 days in jail and having petitioned the Constitutional Court, the activist was eventually released on R250 bail in March 2017.

“When the magistrate said, ‘You are denied bail’ and ‘You will be kept at Westville prison’, I went blank. I was scared. I could not even see my mother [in the court gallery],” he says. “When I was being driven to jail I was traumatised. I kept thinking, ‘How am I going to protect myself? What are they going to do to me? Am I going to be raped?’ But I was resolute that I would fight and would not allow anyone to touch me.”

In his aunt’s home on Mphathi Luthuli Street the TV is frozen on a scene from eHostela, a story about hitmen in another KwaZulu-Natal township, KwaMashu. Outside, the streets are deserted, as time for many residents here is strictly divided between school or work. Khanyile seldom leaves his plot. 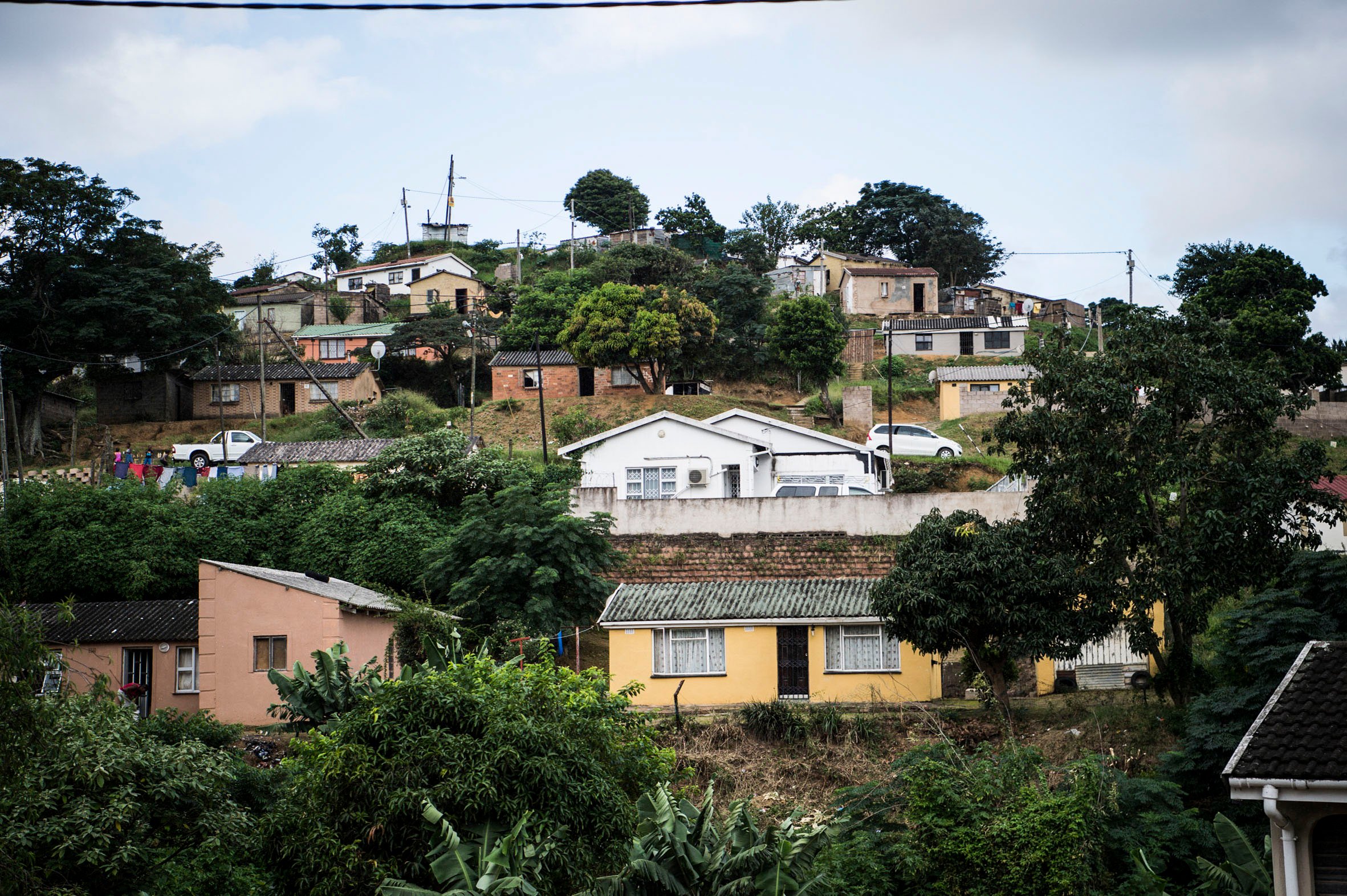 Bonginkosi Khanyile’s three-year house arrest at his aunt’s home in Umlazi has not extinguished his fervour. (Delwyn Verasamy)

He says the #FeesMustFall protest created a paranoia in the government. He sees his house arrest as part of the state’s plan to discourage his peers from participating in a similar cause.

“When politicians are paranoid they will resort to anything. And that is why they are very strict to say we must be isolated, humiliated and subjected to things whereby when our peers look at us they say, ‘I don’t want to be like that,’” he says.

“They are dealing with our mind. Phela the aim of arresting a person is to collapse the mind. The aim of saying a person must go to jail or under house arrest is to play with your mind. It’s for you to come back and say, ‘I’m sorry. I don’t want to do this thing any more,’” he says.

But he is resolute.

The conditions of Khanyile’s house arrest are stringent.

“I can go outside the yard and stop just immediately after the gate. I can’t go across the street. That’s what the rules say,” he shrugs.

Khanyile’s sentence also requires him to do eight hours of community service a month. On Wednesdays and Saturdays from 8am to 12pm he does this through his church. He cooks for street children and washes dishes. He finds this meaningful because he is able to spend time with the “downtrodden and marginalised”, something he considers his calling.

If he is not doing community work, he can only leave his home on Saturdays between 1pm and 2pm. That’s his free time. He has also now been granted leave to attend church from 8am to 12pm on Sundays.

Everything he does must be within the confines of eThekwini district.

“My girlfriend stays in Pietermaritzburg and I can’t go to her without approval. But that’s very far, I mean I can’t even go across the road. I would be arrested,” he says.

Khanyile has used his time since his arrest and incarceration to further his studies.

Just last week he had to apply for permission to attend his graduation for his honours degree in social sciences at the University of KwaZulu-Natal’s (UKZN’s) Westville campus.

He is currently registered for his master’s in public policy at UKZN and had to submit his timetable to court. When he needs to go on campus he has to ask for permission to do so.

He says that as frustrating as house arrest is, it is teaching him discipline.

“All revolutions need a disciplined cadre. So you must be strong. You can’t be roaming around the streets wanting to see everyone, wanting to attend phuza Thursdays, wanting all those things young people do,” he laughs.

But there is a lifeblood, an oxygen that is sorely missing for Khanyile.

Part of his sentence was to ban him from political activism.

“My entire life has been [centred] around politics and my activism. Now you can’t be with comrades, you are isolated, you only rely on social media to learn the moves of comrades. They are moving ahead, they are being elected into structures, you can’t even lead a protest.

“We have been protesting for our entire lives even before #FeesMustFall, so now I can’t even be in a march, I can’t address people, I can’t plot, I can’t be seen in political gatherings unless I’m approved and even when approved I’m not allowed to do anything. So we are banned from political activism. I miss the engagements,” he says.

His days have become routine.

His correctional services supervisor comes by to check on him at least three times a week.

For Khanyile, studying and reading books gets him through his days. As does thinking.

“Do you know that thinking is a skill?” he asks. “The revolution requires that you must think. I think about how I can manoeuvre this government. How do I make sure that I defeat the state? It has tried once to defeat us and we came out strong. It’s the second leg and they are not done yet. So I must think of strategies to defeat it,” he laughs.

Khanyile appears relaxed and in good spirits, and generally hopeful about the future. But his mood changes and becomes solemn when he speaks about how his journey has affected his mother.

“All of this has impacted negatively on my mother. But she understands the cause I was fighting for. She has been very supportive but there are times when I can see that she is losing hope.

“She sometimes asks, ‘Kuyobuye kulunge nje mtanami? [Will things ever get right my child?]’ and it’s then that I can see that she is very tired of poverty and she probably thinks she might even die without eating the fruits of a son who she thought would get her out of poverty and buy her a house,” says Khanyile.

He also thinks about how friends he studied with have started their careers this year while “I got my criminal record”.

Khanyile says he has given up on applying for a job and has reconciled himself to the fact his career will only start once he has served his term.

Yet he plans to apply for his record to be expunged once he has served his sentence so that “I’m clean again and use my education in the future”.

Khanyile says he does not regret his involvement in the “revolution” and given another chance he would do the same again.

“Yes, there are moments where you reflect and think, ‘Hayi, this thing has messed me up’, but ke, you can’t change the course of history unless you are willing to take risks.”

He adds that what is most fulfilling for him is that many young people who would not have a chance to acquire higher education because they are poor are now flooding universities and their studies are being paid for by the state as a result of the #FeesMustFall movement.

“That’s what we stood for, that’s what we fought for. Even if those students won’t come and say ‘thank you’, but knowing that they are study­ing because of our fight keeps you going,” he says.

For now, Khanyile is focused on serving his sentence, finishing his master’s and then staring work on his PhD. 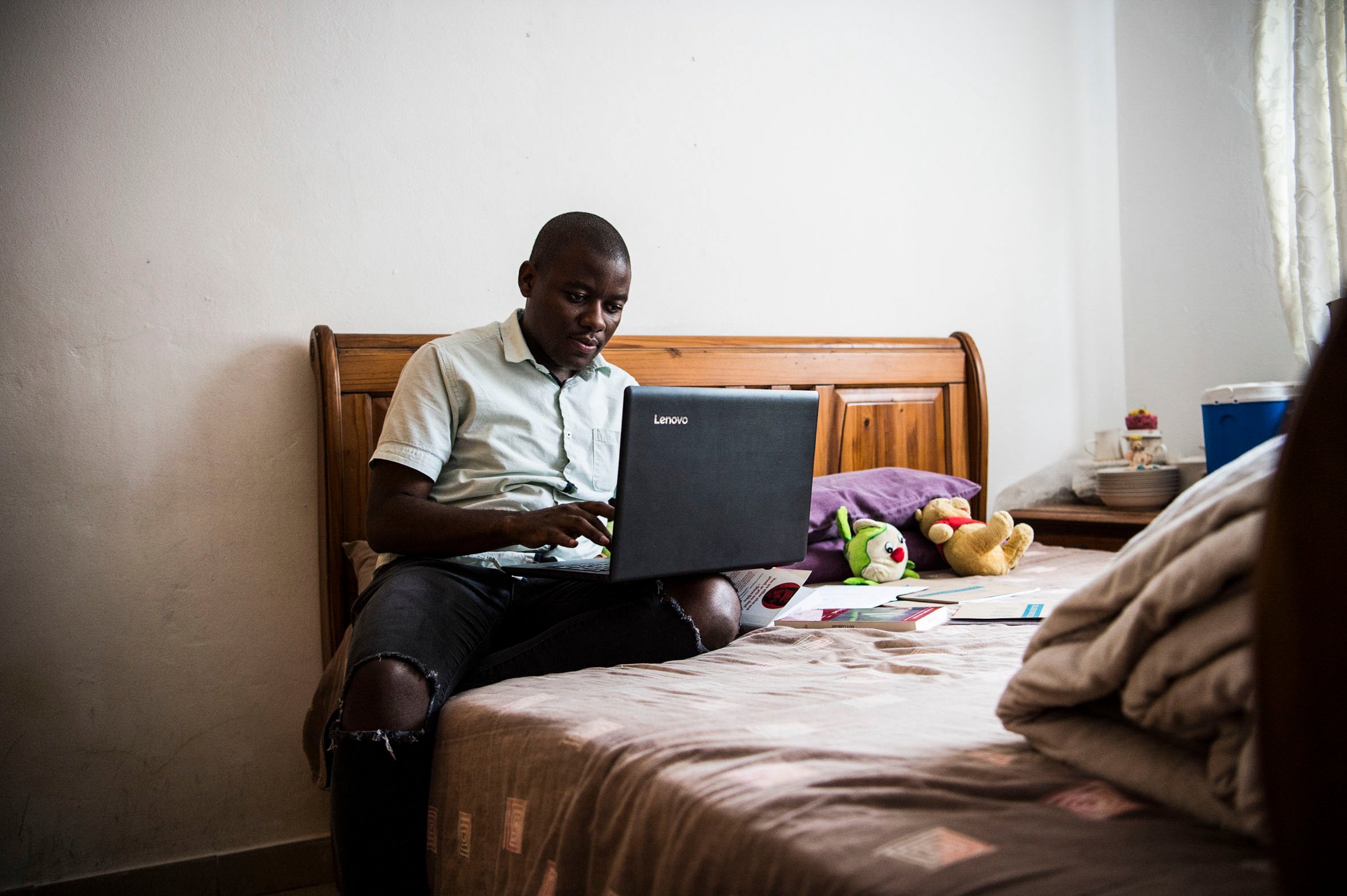 He fills his days with studying (above) and domestic chores (below) and is completing a master’s degree. (Delwyn Verasamy) 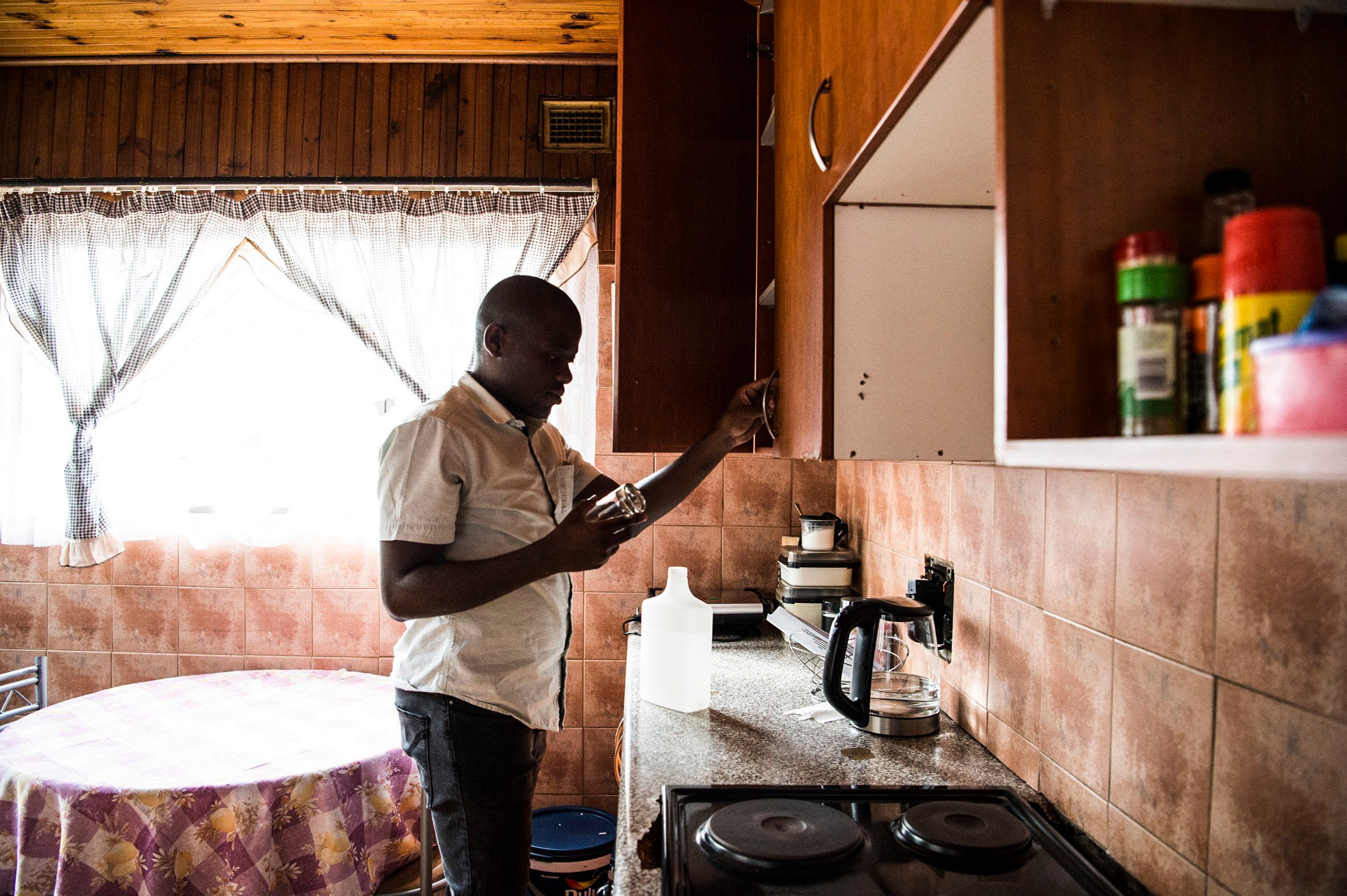 “As a person you will have those days where you find yourself vulnerable and marginalised because the system is dealing with you. However, if not you then who? If history chose you, you can’t run away.”