Nigerian politicians don’t always understand how social media works, but they know they need it. As the country geared up for national elections earlier this year, would-be members of

These self-styled “propaganda secretaries”, most working for less than $14 a month, played a crucial role in shaping political narratives and spreading false information.

To better understand the nature of this relationship, and the tools used by these young entrepreneurs, we travelled to Kano, the biggest city in northern Nigeria, where cheap smartphones have led to a huge increase in social media use.

“We have seen an explosion of WhatsApp use from 2015 to now,” says YZ Yau, executive director of the Centre for Information Technology and Development in Kano, who ascribes it to the increasing prevalence of cheap Chinese smartphones and thelight data usage of private messaging apps. Ninety percent of residents of the city surveyed so far, as part of our research project into the use and abuse of WhatsApp in Nigeria’s election, have the platform on their mobile device.

As the audience for social media has grown, so have the number of political influencers. Communicating predominantly in Hausa, they positioned themselves as integral components of political campaigns in Kano in 2019. Some of these online personalities command Facebook followings in excess of 80 000 and control membership of more than 600 WhatsApp groups.

Supplementary gubernatorial elections in Kano state returned governor Abdullahi Ganduje to office. But Yau believes an effective social media campaign to discredit him had a major negative effecton the level of Ganduje’s support in urban areas. A video on Facebook and WhatsApp appeared to show him accepting $230 000 in bribes from a public works contractor, allegedly part of a corrupt deal worth $5-million.

Both of the country’s major political parties — the ruling All Progressives Congress (APC), led by President Muhammadu Buhari, and the People’s Democratic Party (PDP), led by Atiku Abubakar — constituted national structures to co-ordinate official campaign efforts on WhatsApp: the Buhari New Media Centre and the Atiku Youth Force. But at the state level social media engagements are more informal. Responsibility for setting the agenda and creating content is left to individuals with varying levels of direct or indirect access to candidates. 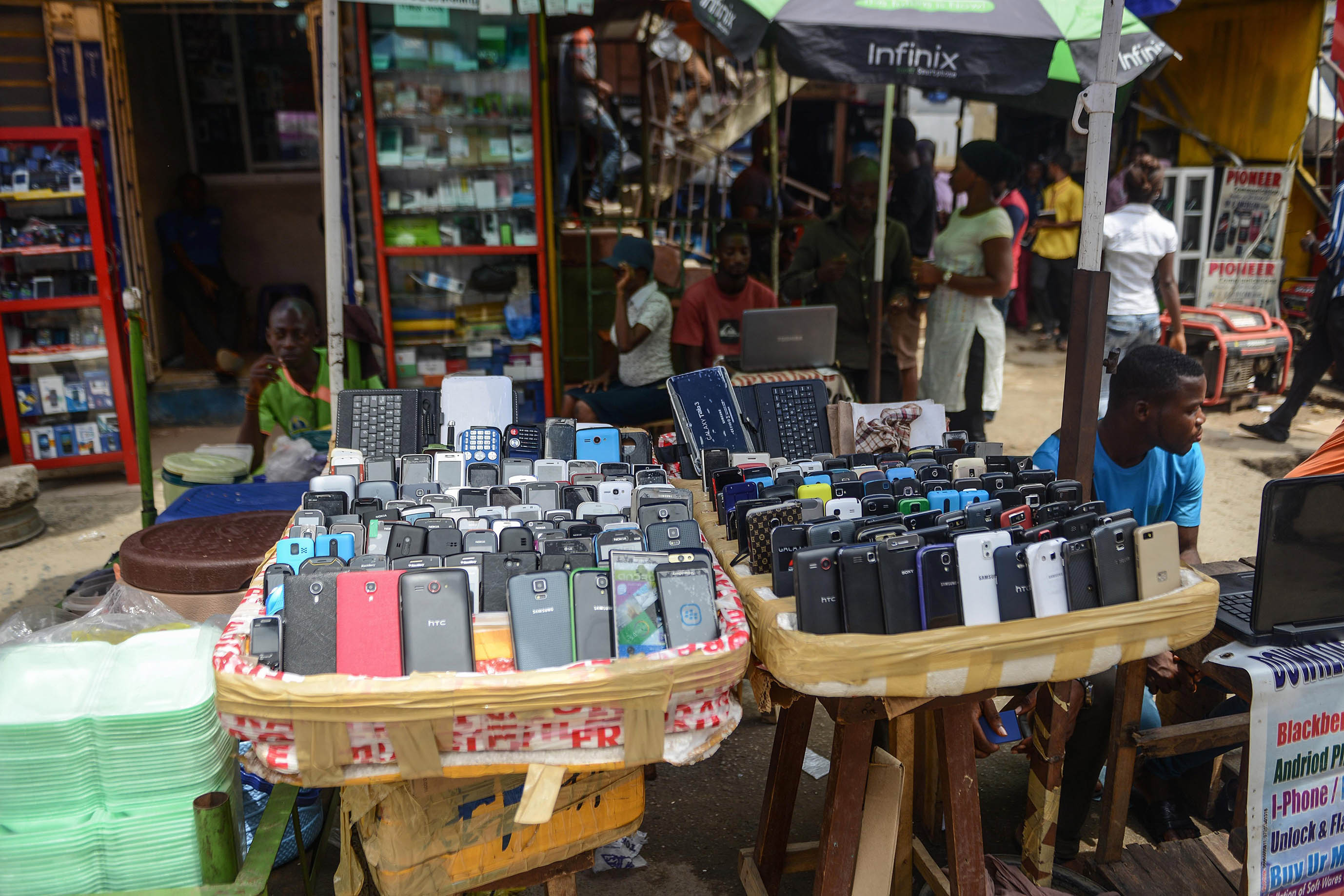 “We have creative freedom to develop our own stories and narratives,” said one social media entrepreneur.

Accuracy is not always prioritised over political point-scoring,especially as these online operators are looking to illustrate their value to the party or candidate by creating viral content that increases their visibility.

“To a large extent the party doesn’t care where the content comes from or whether it is true, only that it helps get them ahead of the opposition,” was one influencer’s view.

Although some online activists refused to describe what they do as creating fake news,preferring instead to highlight their role as “fact-checking” opponents and promoting their candidate,others were clear that creating deliberately misleading information was an integral part of their role as self-styled propaganda secretaries.

One explained how a picture of a mosque in Kebbi state was used to boost the Islamic credentials of presidential aspirant Atiku Abubakar among voters in northern Nigeria. The image, which had an inscription that mentioned Atiku, was falsely captioned as having been built by the PDP presidential aspirant. The accompanying text attacked Buhari for failing to build mosques in the area.

Interviewees also reflected on efforts to respond to fake news spread by their opponents. PDP supporters acknowledged that a false story in which it was reported that Atiku had been endorsed by the Association of Nigerian Gay Men — a fabricated entity — had proved particularly difficult to counter.

In Kano, an effort by the PDP to build a narrative of the APC as a party of thuggery and violence relied on strategic photography. Photos of attendees carrying weapons at APC campaign rallies were widely shared, while the party hid similar images taken at its own rallies. The designer of this strategy said that thugs with weapons were a feature of both rallies, but justified the manipulation of reality as part and parcel of Nigerian politics.

The most effective stories were those that drew on pre-existing narratives or that aligned well with prospective voters’ biases;captioned photos were particularly influential. Social media activists did not just assume this, but rather used software to track which of their posts had the greatest reach and views on platforms such as Facebook, and used this information to create more effective viral content.

Facebook was often the first platform that information was shared on. From there it was copied-and-pasted on to other social media platforms — Instagram and Twitter — and shared on 100 or more WhatsApp groups.

Sometimes the potency and speed with which false news stories spread took even their creators by surprise. As one Kano social media entrepreneur said: “For one post I can remember that less than 30 minutes after I had shared it, the content had gone viral … people were calling me from as far as the United States to ask if I had heard about it.”

For now, most social media propaganda secretaries are rewarded in an ad-hoc manner for their services. Fees ranged from N5000 to N30000 a month ($14 to $84) to be spent on buying data, new smartphones and tablets and, for one individual,a new car. Others do not receive any material rewards. This was more common among those working for the opposition candidates. They, and some of those who receive payment, express genuine support for their favoured candidate or party, but are also not blind to the potential long-term benefits that come with access to successful politicians.

Being appointed to serve as special assistant on social media to a newly elected governor or candidate is a goal. The current special assistant to President Muhammadu Buhari on new media, Bashir Ahmad, got the job after playing a key role in Buhari’s successful 2015 bid.

For those unable to gain a position in the administration the possibility of a small government contract — somewhere in the region of N10-million to N20-million ($25000 to $50000) — is also seen as a possibility. 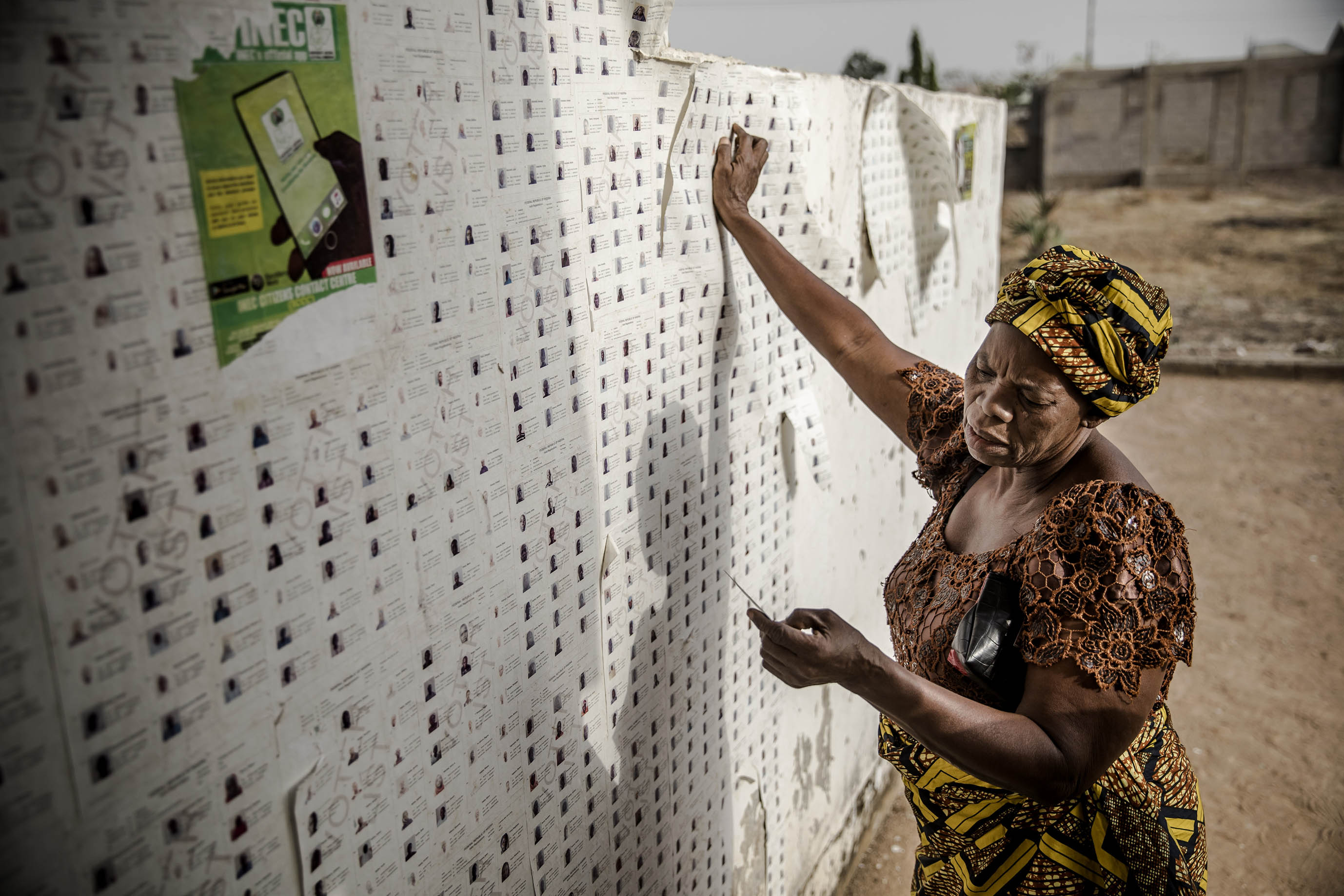 A woman checks for her name at a polling station. (Luis Tato/AFP and Mohammed Elshamy/Anadolu Agency/Getty Images)

What is clear is that fluctuating fortunes lie in wait, depending on the success of your candidate. Rabiu Biyora, a sought-after social media entrepreneur who worked with the APC in support of Buhari’s re-election bid in 2019, is opening an office in Kano, with the aim of monetising his social media expertise to candidates willing to pay. On the other hand, Salisu Yahaya Hotoro, a strong critic of the APC governor in Kano, was arrested in April and detained for two weeks — likely in connection with his online activity.

“This is politics — it is what it is,” says Abubakar Dadiyata, a social media activist who supports the PDP in Kano. Nigerian politicians have little choice but to adapt — but at what cost to the systems and structures of Nigeria’s electoral politics?

Idayat Hassan
Idayat Hassan is director of the Centre for Democracy and Development (CDD), an Abuja-based policy advocacy and research organization with focus on deepening democracy and development in West Africa. Idayat was previously principal program officer and team leader for democratic governance at the CDD. She previously coordinated the Movement Against Corruption in Nigeria (MAC). Idayat is a lawyer by profession and has held fellowships in several universities across Europe and America. Her core interest spans democracy, peace and security and transitional justice in West Africa.

Jamie Hitchen was in Freetown in 2018 to examine the use of social media in Sierra Leone’s election. Follow him on Twitter at @jchitchen