Whose responsibility is it anyway

About half of Gauteng residents do not know which spheres of government are responsible for which services.

In the run-up to the elections service delivery protests have made headlines from Alexandra in Johannesburg to Khayelitsha and Strand in Cape Town. The protests have highlighted that people are not aware of whose responsibility it is to build houses, remove refuse or fix potholes.

The biennial Quality of Life survey was done by the Gauteng City-Region Observatory’s (GCRO). The survey also found that those who were satisfied with government at all levels were more likely to have voted in 2016.

“This is suggestive of some level of disengagement from the democratic process by those who are dissatisfied with government – which is a concerning trend,” explains Dr Julia de Kadt, a senior researcher at the GCRO.

“Among people who were eligible to vote, but did not do so, the most frequent reasons provided were that they were not registered in the correct voting district, due to broken promises and politics being a waste of time, and not thinking their vote will make a difference.”

Amid calls for the Democratic Alliance led City of Johannesburg mayor Herman Mashaba to address the disgruntled community of Alexandra last week, president Cyril Ramaphosa made his appearance in his capacity as African National Congress president. “It is upon the shoulders of the local government to clean up this area — we cannot allow our people to live amongst rats,” he said.

The DA-led metro municipality of Johannesburg has been blamed by the ANC for its failure in delivering housing and services such as sewerage and waste removal. Mashaba, on the other hand, has accused Ramaphosa of cheap politicking and of making false promises by claiming the ANC provincial and national government will provide one million houses over the next five years to Alexandra residents. 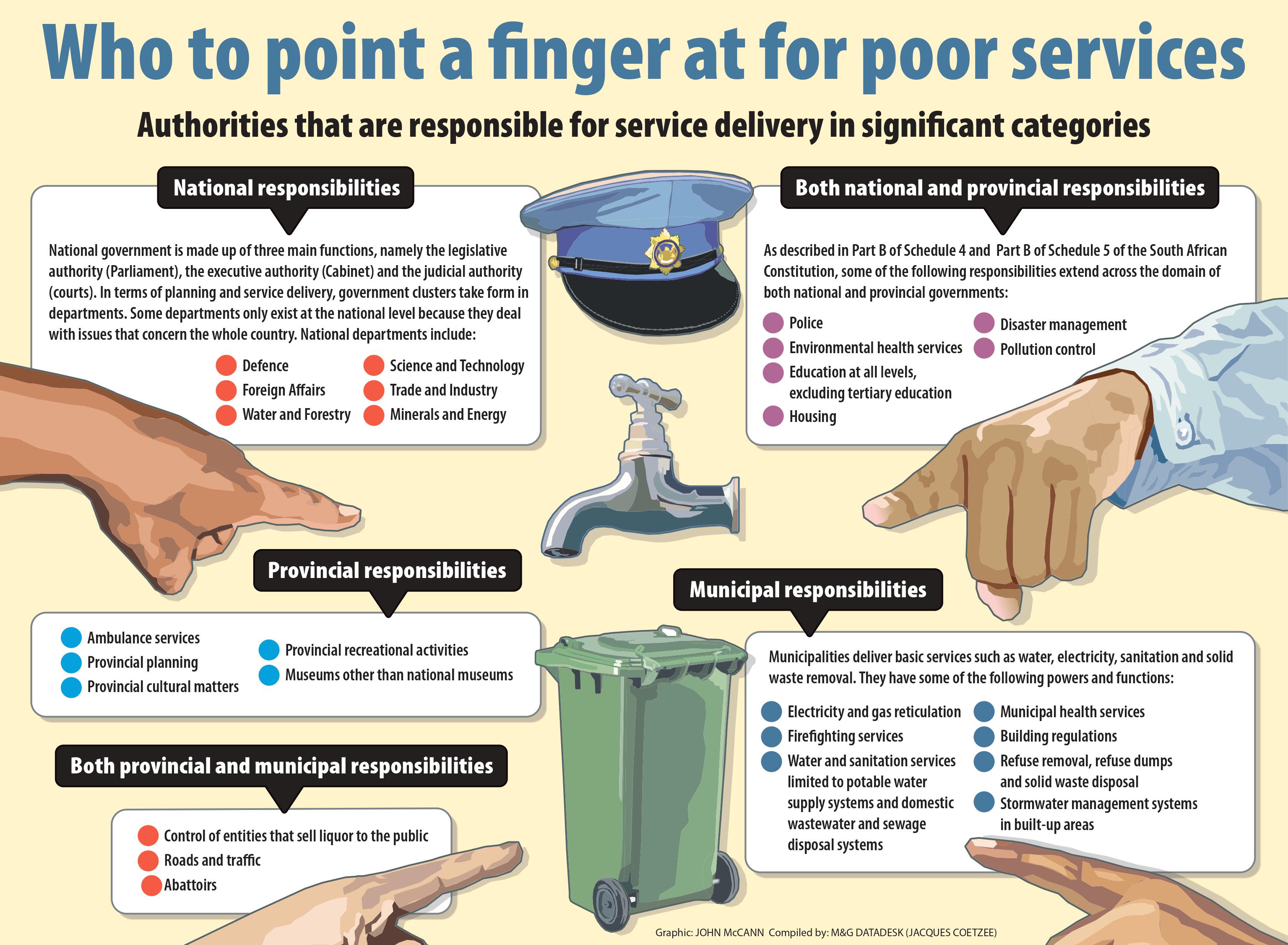 Gregory Ruiters, Professor at the University of the Western Cape’s school of government, says that roles of different spheres of government are often misinterpreted as the constitution allows for a “developmental” approach and often overlap.

He adds that this recent infighting between the spheres of government is a recurring theme.

“The constitution specifically envisages that municipalities develop the necessary capacity and administration of many functions that are currently the responsibility of national and provincial government.”

How do we know if SA is in a third Covid-19 wave — and could there be a fourth?