The ANC in the Northern Cape says the chances of the party falling below 50% in the provincial election are near nonexistent. But the Democratic Alliance (DA) has its sights on the province in next week’s elections.

South Africa’s largest province by size is also home to its smallest population, with just 1.2-million people scattered mostly along the banks of the Orange River. Although DA votes have been increasing in urban centres such as Upington, Kimberley, and De Aar, the ANC still governs comfortably here.

The ANC’s Northern Cape provincial chairperson Zamani Saul says “it’s completely impossible” for opposition parties to unseat it in the province. “They live in some kind of utopia. If you look at what’s happening, the opposition campaigns, the Economic Freedom Fighters (EFF), the Congress of the People (Cope) and the DA are in disarray. They’re not visible. They can’t take us from 64% to less than 50%,” he says.

But Saul admits that the ANC can do more in a province of extremes and contrasts. “In the main, it’s the high levels of poverty and unemployment that are election issues. We need to dedicate the next five years targeting these two. This is what we are hearing from voters in our door-to-door campaign.”

There’s also the issue of young, educated people leaving the province for better opportunities elsewhere. Saul says this is leaving nobody to run local government, or industry.

“There’s quite a number of Northern Capers who acquired post-matric [education] elsewhere. And … after they finish studying and starting their professional lives, [they] stay in those provinces,” he says.

The DA in the province says that voters are tired of promises and admissions of failure. Its provincial leader, Andrew Louw, says the party has a plan to win. Next week is his second attempt to win the premiership, with the party hoping to bring the ANC below 50% so that the DA can form a coalition government. 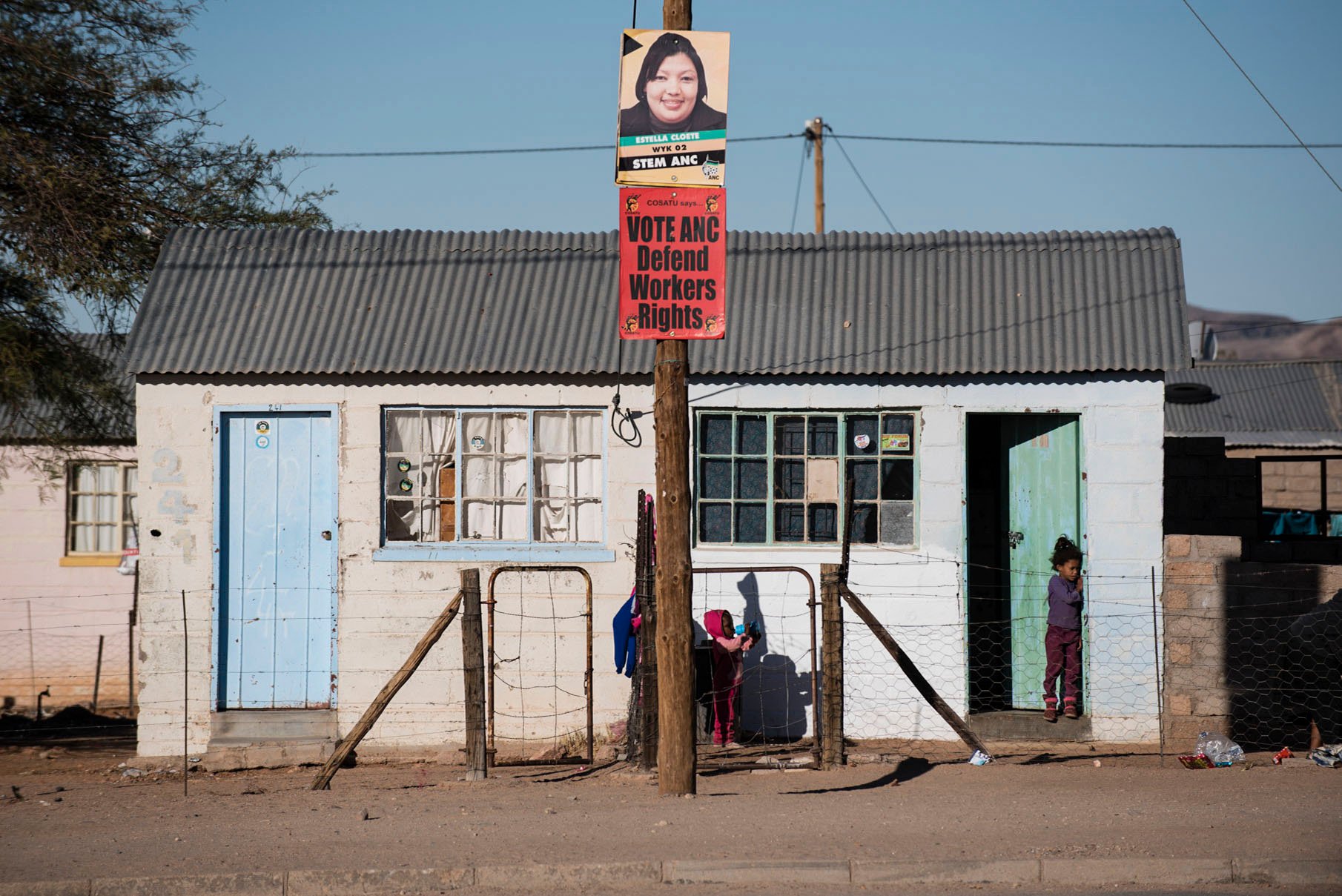 Community leaders suspect most of its 1.2-million inhabitants will vote for the ruling party or abstain. (Delwyn Verasamy/M&G)

Louw says the party’s focus is on on-the-ground campaigns in the province’s rural municipalities.

“The people who live in major centres like Kimberley, Upington and De Aar … bear the brunt of poor service delivery every day,” he says.

But some civic organisations say that, despite voters’ unhappiness with service delivery, they will still vote for the ANC. Tebogo Obusitse, chairperson of the Sol Plaatje Community Forum and leader of 2018’s Shutdown Kimberley campaign in the township of Galeshewe, says the ANC will still win because people do not trust other parties.

“People will still vote for the ANC,” he says, explaining that people do not traditionally vote on how badly or how well they are treated. “We vote because we are influenced by the fear of not knowing. When they go to the ballot, many people are told not to vote to go back to apartheid. They’re told: ‘Don’t vote for an inexperienced party, vote for the ANC,’ ” he says, adding that it’s also more likely that people who live in urban centres will abstain from voting altogether rather than vote for the opposition.

Meanwhile, Saul says he’s confident he’ll be installed as premier after the election. In the past, the ANC has appointed a premier in the province to ensure gender parity, or to ease tensions between different factions in the provincial ANC.

But Saul says it’s the party’s branches which voted him to the top of the provincial list, and it’s their voice that should be heard.

“I …believe the branches believe I have the capacity to lead the government in the province,” he adds.