One last chance: that’s the message to the ANC from the electorate, as it slipped below the psychological 60% threshold for the first time in a national election.

This week’s watershed poll has far-reaching implications for both the ANC and the Democratic Alliance, both of whom look set to lose support in the polls.

READ MORE: Gauteng: Too close to call for ANC

For the DA, and its leader Mmusi Maimane in particular, this would mark a massive blow — it will be the first election since 1994 in which the DA has declined. That fact casts a cloud over Maimane’s leadership. 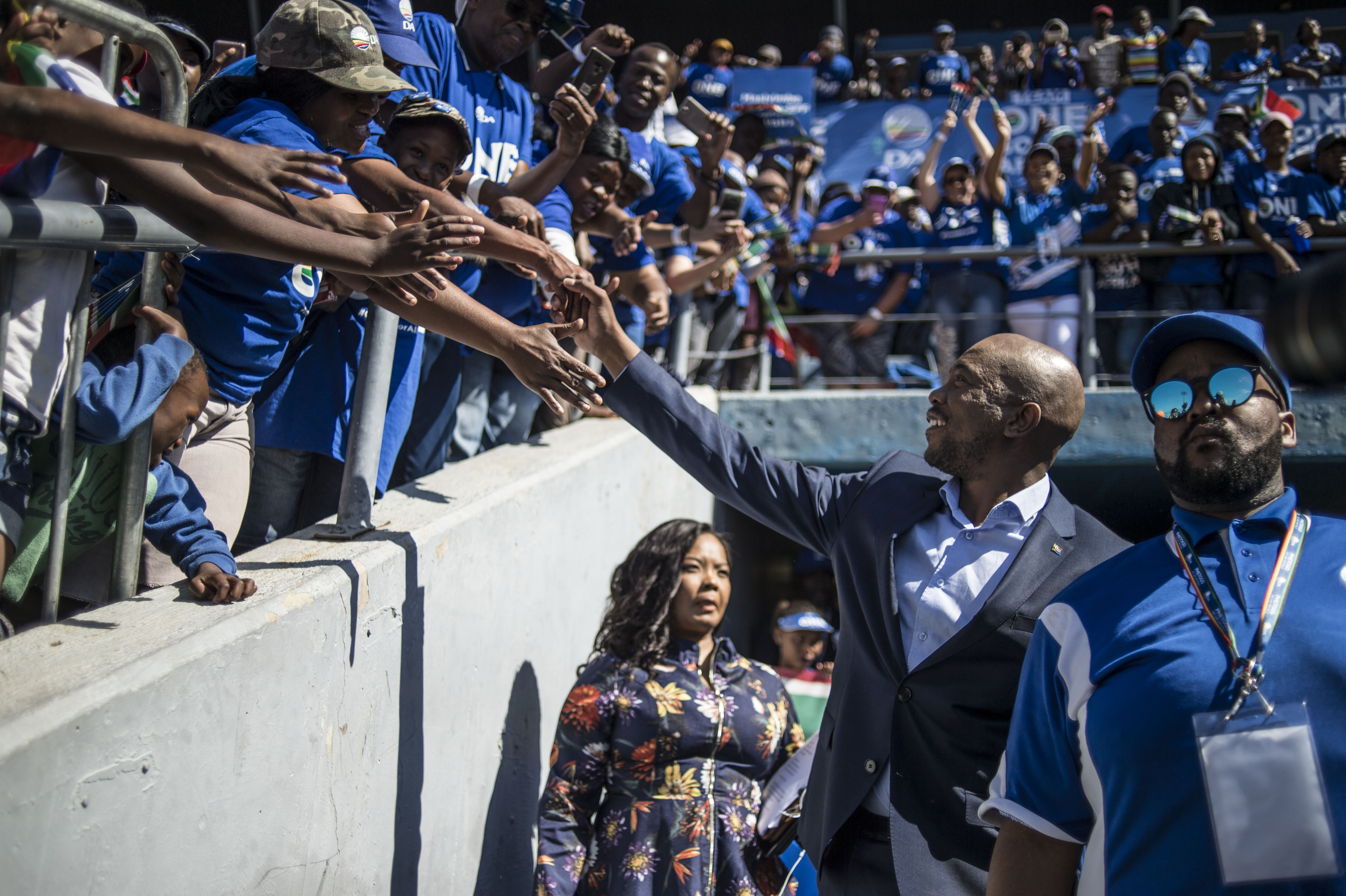 Mmusi Maimane’s position as leader of the DA may be under threat as a result. (Delwyn Verasamy)

For the ANC, President Cyril Ramaphosa stopped what could have been a humiliating outcome. But the party’s performance in Gauteng, KwaZulu-Natal and in a former stronghold, the Free State, indicate in just how precarious a position the governing party is.

While the large parties lost out, smaller parties cashed in, largely at the DA’s expense. The Freedom Front Plus expected to almost double its support.

According to predictions by the Council for Scientific and Industrial Research (CSIR) and the SABC at the time of writing, the ANC was likely to emerge with about 58% of the vote, the DA 21% and the Economic Freedom Fighters are expected to come in at 10%.

Turnout was predicted at about 65% of the more than 26-million registered voters.

The final results were expected in by 10pm on Thursday night.

Predictions on the ANC’s performance in the provinces paint a worrying picture for the party. Interestingly, the provinces aligned to the former “premier league”, a powerful alliance of strongmen that made up the backbone of former president Jacob Zuma’s power base, took a massive hit.

For instance, the CSIR predicts that the ANC’s support in the Free State will drop from 70% to 62%. If the final result indicates this, ANC secretary general Ace Magashule could be blamed. Revelations about his alleged corrupt dealings while he was premier of the province tainted the ANC campaign in the run-up to the polls.

The CSIR predicts that the ANC’s support in Mpumalanga — the province previously headed by current Deputy President David Mabuza — looks set to drop from 78% in 2014 to 71% in 2019.

The biggest drop in support for the ANC could be registered in KwaZulu-Natal — the CSIR predicts that the ANC there may end up with just 54% of the vote. That would be a near 10 percentage point drop compared with the last national election in 2014, when the ANC obtained 65% of the vote. The Inkatha Freedom Party (IFP) is expected to make a significant comeback, replacing the DA as the official opposition in the province, with a likely 17% share of the vote, up from 11% in 2014.

Gauteng was on a knife-edge, with the CSIR predicting that the ANC may or may not breach the 50% mark.

A 57% to 58% win nationally for the ANC would strengthen Ramaphosa’s hand to continue the clean-up of the state — and effect reforms within the ANC.

But it also puts pressure on him to turn around the economy, create jobs and begin delivering services for ordinary South Africans. Ramaphosa admitted this when he addressed journalists after voting in Soweto.

“This election has largely been about local issues, less so about the national issues. The national issues have been about jobs and we are committed that we are going to embark on a process of growing our economy, of attracting investment and the outcome of this election will be a major boost … So this vote is about confidence,” he said.

Failure to effect the reforms necessary to restore confidence in the economy, to take bold decisions to turn around the situation at Eskom — the single biggest risk to the economy — could spell disaster for the ANC in the next election.

Turning to the DA, if the CSIR predictions are correct, the party is the biggest loser in the election, and this is amplified given the relatively smaller base off which it contested the polls.

Predictions indicate that it is likely to lose that status in two more provinces: to the IFP in KwaZulu-Natal and to the EFF in Mpumalanga.

Maimane’s election as leader of the DA in 2015 was aimed at helping the party grow its support among black South Africans, which it has consistently done since 2009. However, a reversal of the DA’s growth trajectory hardly bodes well for the leader, who has come under fire for distorting the party’s liberal character.

Insiders concerned over a potential pushback from the more liberal block in the DA said Maimane is likely going to have to answer for the loss and may even face the axe.

The party will have to go back to the drawing board as it clearly lost support from its base to the Freedom Front Plus and also to former Cape Town mayor Patricia de Lille. Its Western Cape support is expected to drop from 59% in 2014. The CSIR anticipates that it will drop to 56%.

Even in coveted Gauteng, which the DA aimed to win outright from the ANC, the CSIR predicts a fall instead from 31% of the vote to 28%.

Although parties will be scrambling to assess their performance once the final results are announced, they have truly shown who is boss: you, the citizen.

Natasha Marrian
Marrian has built a reputation as an astute political journalist, investigative reporter and commentator. Until recently she led the political team at Business Day where she also produced a widely read column that provided insight into the political spectacle of the week.