Gordhan fires back at Mkhwebane

Never one to mince his words, this is what Pravin Gordhan had to say under oath about the way court judgments have evaluated the work of public protector Busisiwe Mkhwebane: “I believe they show an emerging and consistent pattern of disregard for the constitutional mandate of the office of the public protector … and a stunning incompetence, irrationality and negligence on her part in the performance of her duties.”

Gordhan is the latest to challenge Mkhwebane’s findings in court, filing papers on Wednesday saying that her report, finding that he had acted unconstitutionally, was politically motivated and “riddled” with errors.

The report related to the approval by Gordhan — who was finance minister at the time — of an early retirement for former South African Revenue Services (Sars) deputy commissioner Ivan Pillay on full benefits and for Sars to cover the cost of the resulting actuarial shortfall. Gordhan further approved a request to then keep Pillay on at Sars, but on a fixed-term contract.

Mkhwebane directed President Cyril Ramaphosa to take disciplinary action against Gordhan and for Sars to recover the shortfall money that was paid on Pillay’s behalf. 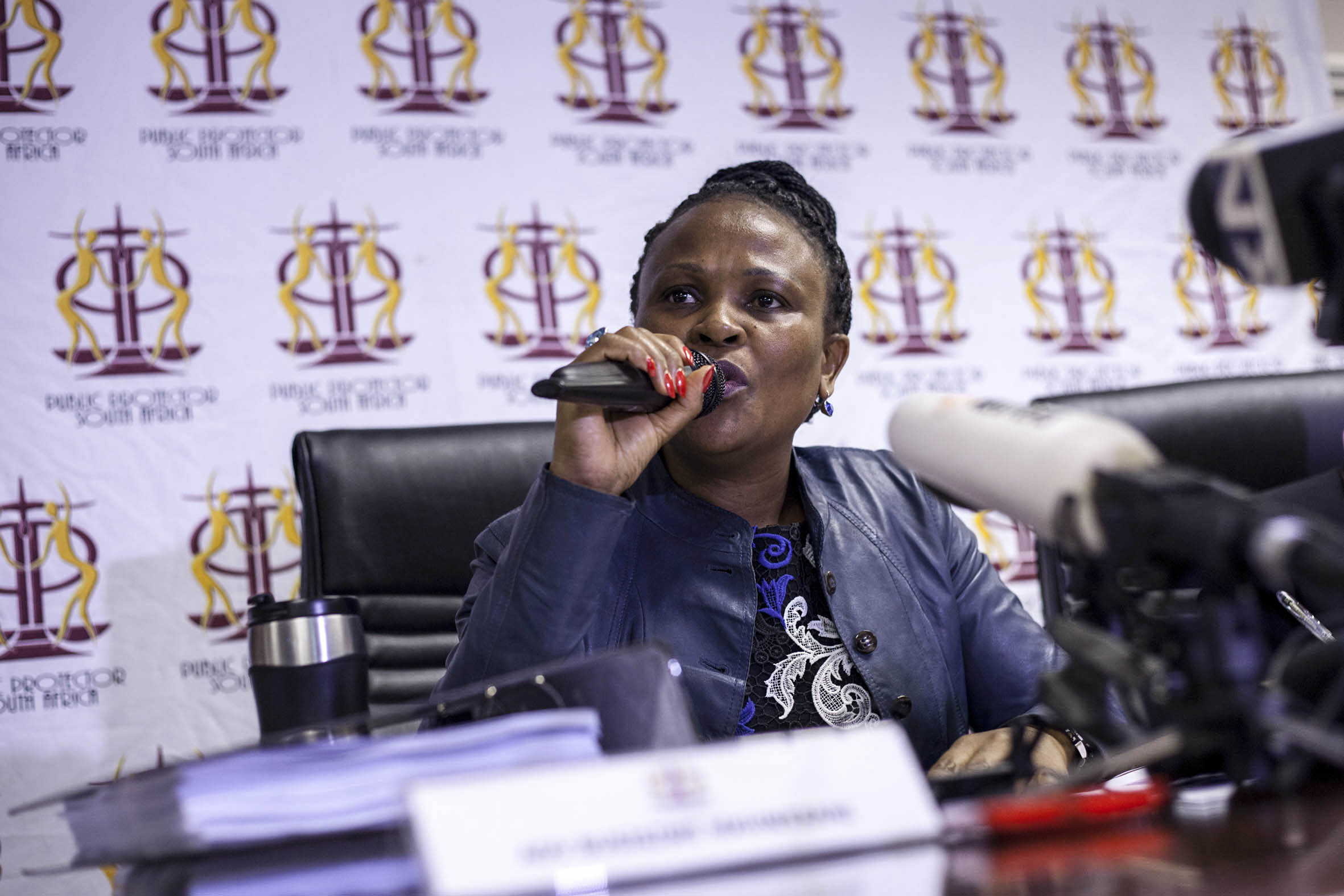 The report — released last week Friday among a batch of 10 reports — came in a heightened political atmosphere, on the eve of the inauguration of President Cyril Ramaphosa and days before he was due to announce his Cabinet.

With David Mabuza putting off his swearing-in as a Member of Parliament in order to appear before the ANC’s integrity commission, the idea took hold that Ramaphosa’s Cabinet choices would be influenced by the presence of adverse findings — by the public protector or by the integrity commission.

In among the batch of reports that Mkhwebane released were two related to the office of the Mpumalanga premier when Mabuza was incumbent. Though the reports found improper conduct on the part of other officials, they cleared him of any wrongdoing. The same day that Gordhan was filing court papers, a complaint was sent to the integrity commission about him.

In the end, Gordhan was appointed despite the report — leaving the fight between him and the public protector for the courts. It is understood that the Economic Freedom Fighters will be seeking to intervene in the case, signifying that it is likely to remain a political hot potato.

Mkhwebane has had something of a torrid time with the courts since she took office. Her very first report — on the apartheid-era bailout by the Reserve Bank to Bankorp, now Absa — was successfully challenged in the high court.

The high court even went so far as to make a personal costs order against her, saying it was “necessary to show our displeasure with the unacceptable way in which she conducted her investigation, as well as her persistence to oppose all three applications to the end”.

An appeal of that judgment is now pending before the Constitutional Court. But it is not the only one — there have been three other orders against her.

In response to questions, the office of the public protector said this week that, out of about 100 reports Mkhwebane has signed, about 27 have been taken on review.

Out of these, only two — the Absa/Bankorp report and the Vrede dairy report — were successfully challenged in court.

“Incidentally, both these cases, in which Adv Mkhwebane is taking the battering and accused of being incompetent, were not commenced by her. It’s cases she found hanging when she assumed duty,” spokesperson Oupa Segalwe said.

He said the public protector had successfully defended her reports in two other review applications, one on the Mandela funeral and one on the Limpopo MEC for transport, Mapula Mokaba-Phukwana.

In the Mandela funeral case, Eastern Cape high court judge Clive Plasket rejected an argument that the public protector had been biased.

Segalwe pointed out that the spike in review applications came after the courts clarified that the remedial action directed by the public protector was binding.

The clarity from the courts only came towards the end of Madonsela’s tenure. During Madonsela’s time, if people did not agree with her reports, they were simply ignored. In fact, one of the repeated complaints to come from the public protector’s office in Madonsela’s time was the routine disregard paid to the remedial action directed by her.

Yet, when the courts have been critical of Mkhwebane, they have been particularly scathing.

Worse even than the Absa judgment was the one given in the Reserve Bank matter — also about the Absa report. The court said she had “trenched”, or overstepped, on the exclusive authority of Parliament and violated the separation of powers when she directed that the mandate of the Reserve Bank should change.

Judge John Murphy also said that although she had grudgingly conceded that she had acted unconstitutionally, it was “disconcerting that she seems impervious to the criticism, or otherwise disinclined to address it”.

He added that she “would do well to reflect more deeply on her conduct in this investigation”.

Then there is the recent judgment related to her investigation into the Gupta-linked Vrede dairy project. The court found that the narrow scope of her investigation had no “logical and legitimate explanation” and that it “sidestepped crucial aspects” of the complaints.

Gordhan has gone further than any other litigant to say, under oath, that he believes her report into him was politically motivated, because Mkhwebane seemed to have ignored his submissions to her, releasing her report a mere 48 hours after he had responded. There was no real difference between the notice she sent to him and the final report, he said.

“There was no reason for the unseemly haste,” said Gordhan who could “only conclude” that the rush was informed by “improper and irrelevant considerations, or an ulterior purpose or motive”.

“The immediate reaction to the report on Friday, May 24 from certain opposition politicians and their surrogates was an attempt to claim that I am tainted in some way and therefore unsuitable for re-appointment to a position in government,” he said.

“I believe the report was issued when it was issued, with the findings and remedial action it contained, so as to enable a renewal of the ongoing political campaign against me by proponents of ‘state capture’ and defenders of corruption,” said Gordhan.

Allegations that Mkhwebane is politically tainted have been swirling almost since she took office, when it was reported that she instructed that the televisions at the office of the public protector be switched over from eNCA to the Gupta-owned ANN7. Her meeting with Black First, Land First — vociferous supporters of former president Jacob Zuma — before the release of the Absa report didn’t help. At the time, the narrative being punted by Gupta and Zuma supporters, led by now defunct PR firm Bell-Pottinger, was that the Guptas and Zuma were the victims of white monopoly capital, in particular the big banks. 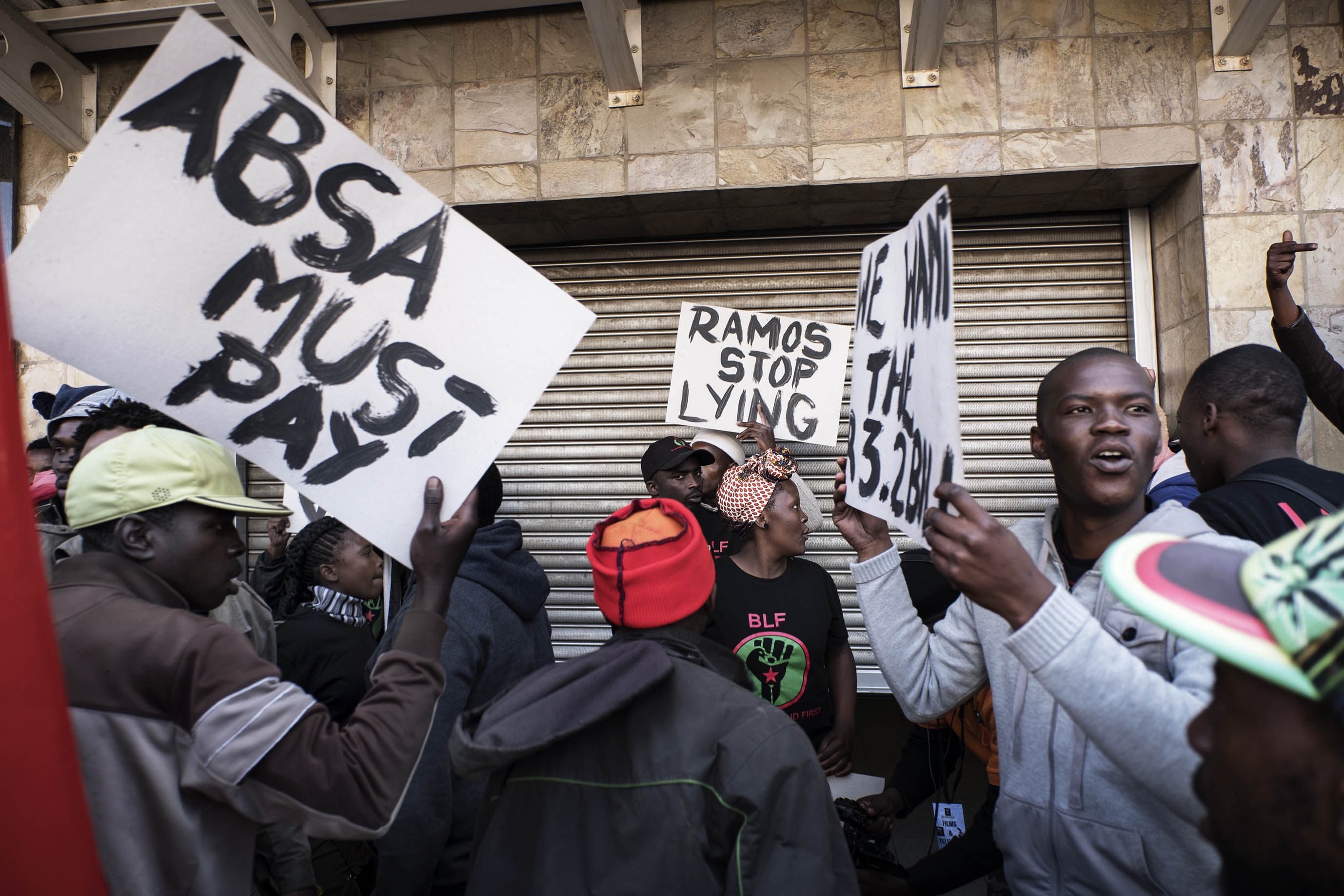 The mandate of the Reserve Bank also — somewhat inexplicably — became a heated point of difference between the two factions at the ANC’s elective congress at Nasrec in 2017.

Critics also suggest there is a pattern in her reports: where they concern known Zuma supporters — such as Ace Magashule and Mosebenzi Zwane, reportedly implicated in the Vrede farm case — they are let off the hook, while Gordhan, for example, is not.

The lines on this claim, however, are blurry: Mkhwebane found against Malusi Gigaba, widely believed to be in the Zuma faction. She also cleared David Mabuza — now apparently firmly in the Ramaphosa faction. Mkhwebane also told Business Day that her office is investigating complaints about former water affairs minister Nomvula Mokonyane, reportedly in the Zuma faction.

Indeed, constitutionalists — people who support the Constitution and seek to strengthen its institutions — will warn against reckless accusations of political tainting of this crucial office without direct and clear evidence to back it up.

Gordhan did not go so far as some of Mkhwebane’s critics, but his argument on political motivation will likely be strenuously opposed in court.