The treasury is sticking to its guns over a change to tax laws that will see certain South Africans living and working overseas paying more tax despite continued opposition from expatriates.

At the heart of expat concerns is an amendment to an exemption from paying tax on income earned outside South Africa. They hope to petition Parliament this year to get it to re-examine the change.

Initially the treasury proposed removing the exemption entirely, but, after deliberations and hearings were held in 2017, the treasury agreed to a formulation that would see expatriates exempt from paying personal income tax up to the equivalent of R1-million, after which they will pay tax at the relevant marginal rate.

The change in the law — dubbed the “expat tax” although it is not an actual tax — will come into effect on March 1 2020.

Hilary Dudley, the managing director of Citadel Fiduciary, argued that the amendment is fair, considering the tax thresholds people who pay tax in South Africa are subject to, especially if individuals who are working abroad but pay no direct taxes, still have families in South Africa and consider the country home.

“The context is that this is the general trend in South Africa and around the world to tighten a tax loophole and ensure that people are treated the same from a tax point of view,” said Dudley.

The treasury said that, like South Africa, most countries follow a residence-based tax system, where individuals are taxed on their worldwide income. 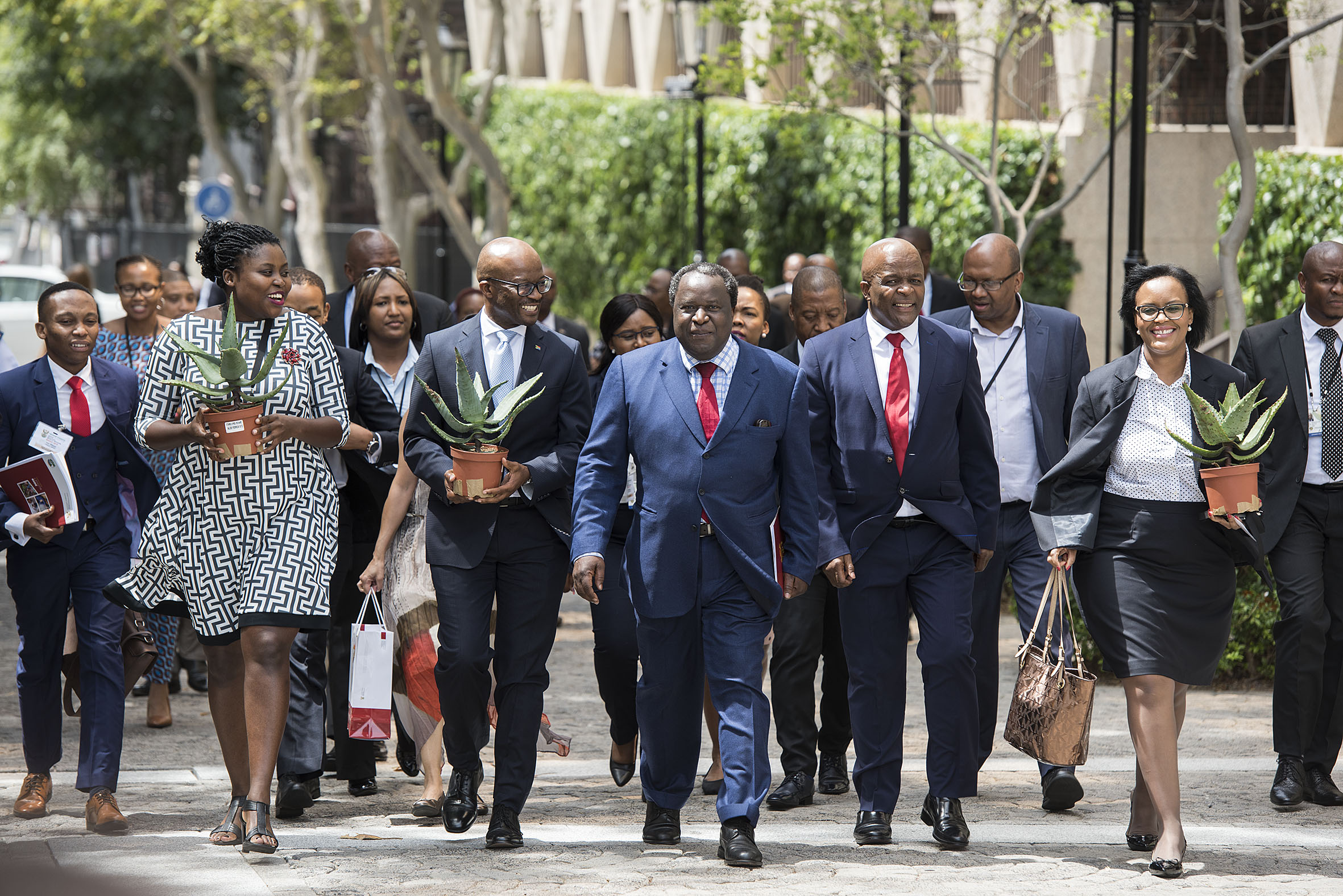 The treasury, led by Finance Minister Tito Mboweni, is determined to enforce the changes despite protests from expat lobby groups. (David Harrison)

“South Africa has been ‘behind the curve’ in respect of the taxation of foreign employment income, as many other countries tax these amounts in full,” the treasury said in response to questions.

Although the concept of base erosion and profit shifting has received a lot of attention — particularly where it applies to corporate tax evasion — this measure “forms part of base protection measures aimed at the personal income tax base”, it said.

But the Expatriate Tax Petition Group, a nonprofit lobby group that contributed to convincing the treasury to keep the exemption, remain unhappy.

Jonty Leon, the legal manager for expat tax compliance at Tax Consulting South Africa, the tax technical advisers for the petition group, estimated at least 20 000, if not more, South Africans living abroad will be negatively affected by the pending amendment. But the true results will only be properly understood once the law comes into effect, he said.

The treasury noted that accurate estimates of how many expats will

be affected or how much additional revenue this may bring in are difficult to obtain, because “it appears that many South African tax residents are not disclosing their foreign employment income in their tax returns”.

According to Leon, the expats most likely to be negatively affected are rotational workers who spend much of their time in South Africa between stints abroad — specifically, in countries on the African continent and jurisdictions with very low to zero personal income tax rates.

South Africa has double taxation agreements (DTAs) in place with a number of countries, aimed at preventing individuals from being taxed twice — both in South Africa and the jurisdictions where they earn their income.

Leon said although these agreements would assist in bringing relief to those South Africans in jurisdictions where such agreements are set up “there are by far more jurisdictions without such DTAs in place to protect those working abroad from this amendment”.

According to the South African Revenue Service, the country has about 98 DTAs with countries around the world, including the United Arab Emirates (UAE), Qatar and Saudi Arabia. It also has about 26 such agreements with African countries.

Leon argued that, although there may be expats with families in South Africa who spend much of their time living and making use of services here and should “potentially be paying tax accordingly”, he warned against generalisations over “expats who don’t pay tax”.

Although there may be jurisdictions with zero or very low personal income taxes, zero tax jurisdictions did not exist, argued Leon.

These jurisdictions often have other forms of taxes that are very high, including property or social security taxes, or the cost of living is very high.

He gave the example of one such jurisdiction — the UAE — where expats pay in the form of other taxes and the “extremely high cost of living”. Rental properties here can cost as much as 400% more than locally, he said.

In cases where expats are given benefits, such as housing allowances — which Leon says are not “nice to haves” but rather essential to being able to work in some countries — these will be treated as fringe benefits by South African tax authorities. So too with other services, such as private security provided to expats in some jurisdictions.

Based on case studies the firm has done, Leon said that once the amendment comes into effect, South Africans will not be able to afford to continue to work in UAE.

Barry Pretorius, the chairperson of the petition group, said it had asked the treasury in March to consider an increase of the R1-million cap, or to link it to the United States dollar exchange rate and to look at exempting fringe benefits — all of which the treasury rejected.

The organisation is working to get more expats to sign up and raise funds to continue its work and hire professionals to assist. Aside from a potential petition to Parliament and, depending on the support received and funds raised, Pretorius said he was not discounting seeking specific tax directives related to international tax on fringe benefits or possible legal action.

In the meantime, financial emigration has been proposed as a means for expats to avoid South Africa’s tightening tax net. But Dudley warned that this is not a panacea.

Financial emigration can also be viewed as formal emigration for exchange control purposes, said Dudley, and it involves applying to the South African Reserve Bank through an authorised dealer, such as an individual’s bank, indicating that they will not be resident for exchange controls, and there are various steps a person must meet to achieve this.

But, she said, exchange control residence and tax residence are two different issues and, although formal emigration “is a way to show the intention to break your tax residence”, in spite of it, a person may still be found to be a tax resident and still liable to pay tax on any South African-sourced income.

According to law firm Webber Wentzel, “there is no clear step or deregistration process for an individual to cease being ordinarily tax resident in South Africa”. An individual may break tax residency in South Africa by either ceasing to be ordinarily resident here or failing to meet the requirements of the physical presence test, said Joon Chong, a partner, and Wesley Grimm, an associate, at the firm.

Leon warned that the amendment is already resulting in South Africans choosing to break ties with the country permanently, so the remittances they had been sending home to South Africa — adding to the fiscus as a whole — are now less likely to make their way here. When it comes to skills, South Africans who are working abroad are “generally very highly skilled and could potentially bring these skills back to South Africa at some point” and may now rather take their skills elsewhere, said Leon.

“Another devastating effect we foresee is that South African skilled labour will become too expensive for employers and thus South Africans will become less competitive in the market,” said Leon.

“There is the possibility of even fewer jobs for South Africans abroad — this is so damaging, taking into account that South Africa has itself an unemployment rate that continues to be one of the highest in the world.”

But the treasury said it is attempting to neutralise the effect of tax on emigration decisions. “At present, the full exemption of foreign remuneration of workers who spend more than 183 days abroad is, in effect, an incentive that encourages emigration,” it said.

“Location decisions should be determined by taxpayers based on their particular circumstances, rather than the tax treatment of a specific income source.”