The air you breathe is killing you. I know this because I am looking at data for air quality across the whole of South Africa. Things are much worse than the government and companies are letting on.

We’ll start publishing that investigation next week. This week, I want to present the results from two months of testing my own air. That’s how long I have been carrying around an air quality sensor — strapped to my bag, sitting on my desk at the Mail & Guardian or hanging out of my window at home.

The sensor, the size of a small cool drink can, has small holes through which it sucks in air. Its onboard laboratory then tests the concentration of four main pollutants: nitrogen dioxide, volatile organic compounds and small and big dust particles. These tend to end up deep inside your body when you inhale.

For children, who are lower to the ground and breathing more and more deeply as they run around, this pollution has its greatest effect.

The smaller the particle, the further into your body it goes. PM 2.5 — the smallest dust particle — for example gets into your blood vessels and starts to break them down. If you are old and your body is worn down, those vessels are already weak.

The World Health Organisation estimates that dirty air kills seven million people each year — 20 000 of those deaths occur in South Africa. Half die because of indoor pollutants and the other half die from pollution coming from sources such as factories and cars.

But tracking down the sources of pollution, or even just knowing how dirty your air is, turns out to be really difficult. In South Africa, companies collect the data to show that they are complying with air-quality laws. But all sorts of small-to-medium companies don’t do it and there is little capacity to enforce the laws.

The government and municipalities have their own network of sensors, which feed into the air quality information system — you can check the results on this public website. Yet these sensors either don’t work (in Johannesburg one station closed when everything in it was stolen) or the data set is intermittent, so the information is of little use.

This dearth of data means people have to find other ways to record air pollution. Some areas, such as Riverlea in Johannesburg, use empty buckets to collect dust, from mines, as a crude measure of how much is blowing over homes. In places such as Boipathong in southern Gauteng, nongovernmental organisations are starting to roll out their own sensors. 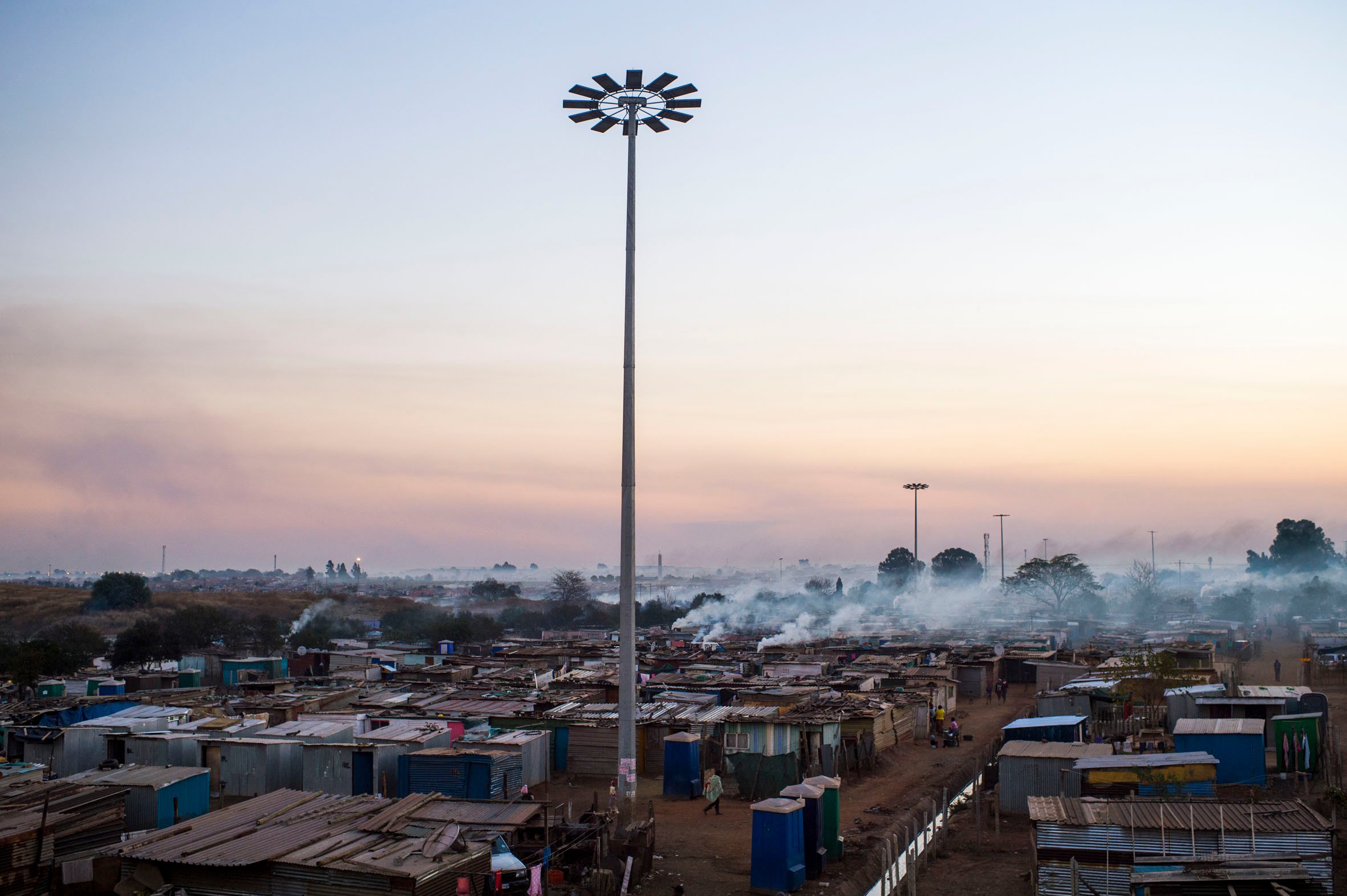 My sensor comes from Plume Labs, a French start-up that is trying to create a global database of air pollution figures. (The M&G has partnered with Plume for our larger investigation into air quality.)

These kinds of sensors are still in their infancy and are better at showing trends in air pollution, rather than exact figures for how bad the air is. They are, however, improving with each new generation of model. 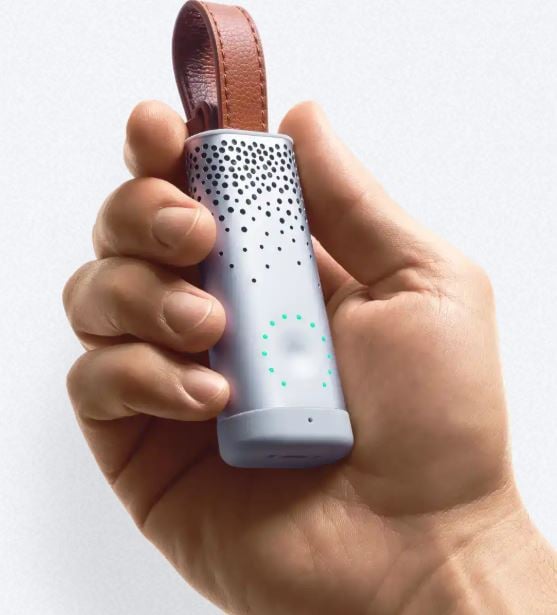 Checking the results from the sensor — which are collated in an app that shows the average level of pollution throughout the day — has become somewhat of an addiction for me. Green means things are good. Orange and then purple mean the air going deep into my lungs is making me sick.

Orange-to-purple is the dominant colour theme.

The fact that we’re inhaling dirty air all the time seems counterintuitive if you live in Johannesburg. We pride ourselves on having one of the biggest urban jungles in the world. From the eighth floor of the building where the M&G has its offices, near Auckland Park, the view is generally of a milky blue sky and green trees.

Trees suck up pollutants. They clean our air. But to drive in to the metro is to enter a thick dome of dirty grey air. Cape Town and Durban are no different. If you fly into Johannesburg you’ll see a thin yellow band of sulphur pollution hanging over the skyline.

All this settles in my home. Over the two months that I have been using my sensor, certain patterns have emerged. On most days, the concentration of nitrogen dioxide is dangerously high from mid-morning until sunset. In cities the single worst pollutant is usually cars. Major metros, such as Paris, have brought in heavy taxes on cars to try to reduce this pollution. London has banned diesel-powered ice cream vans.

My home is next to the main road in and out of my neighbourhood and that means exhaust fumes drift into my lungs. At night, the concentration of dust particles starts to climb, to the point where my sensor is spitting back dark purple results.

Dust on the highveld is ubiquitous, as a result of to the dry ground and wind. It’s exacerbated by people burning wood and coal for cooking and to stay warm. These particular air pollution sources are the reason Eskom says it’s crucial to get electricity into people’s homes.

On Sunday, at 1am, the level of dust pollution was so high that my app warned: “exceeds the World Health Organisation limit for one hour”. This means that breathing in that air for more than one hour has long-term health effects, which range from asthma to heart attacks. 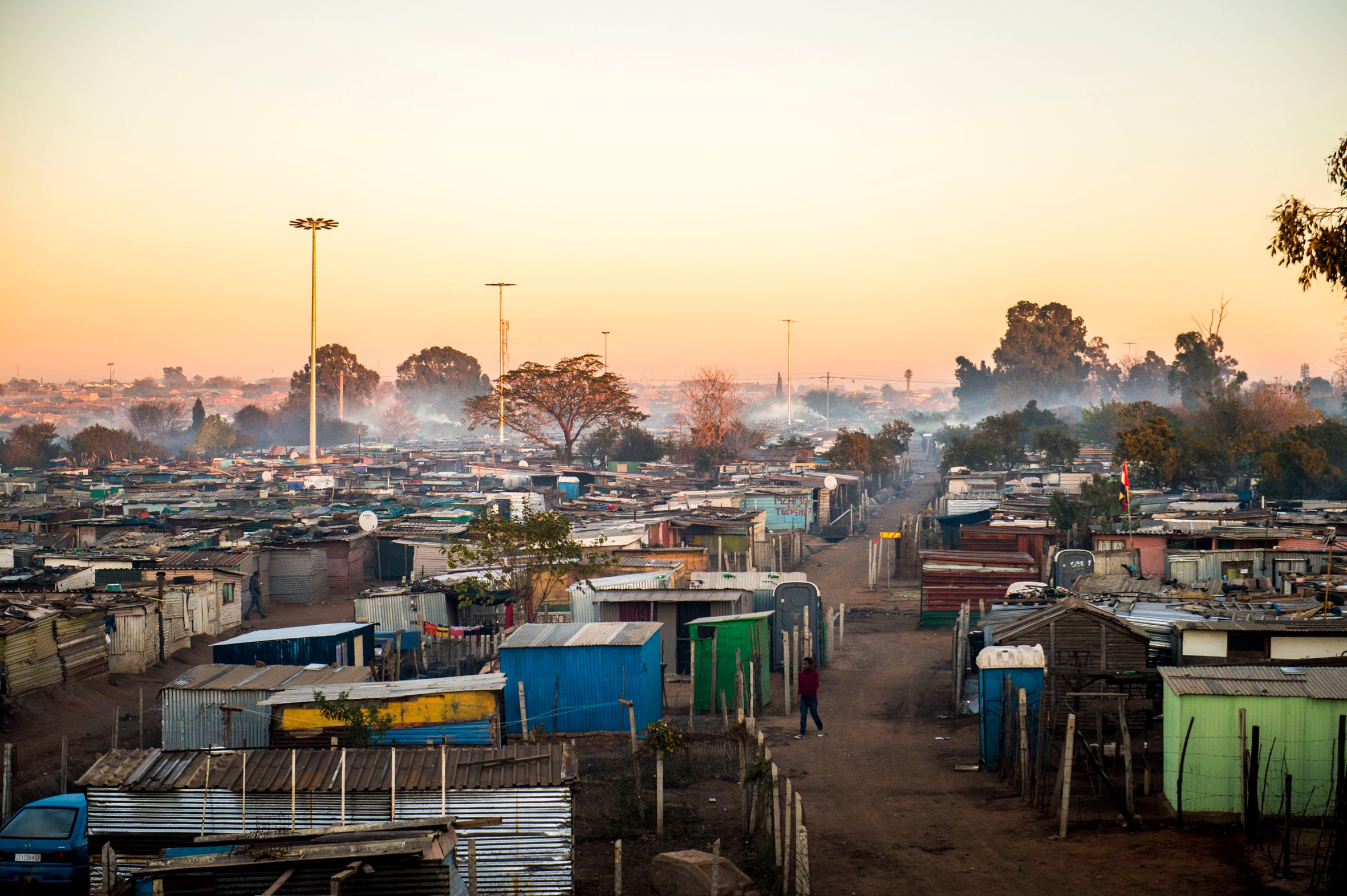 Things aren’t much better at work. Our office is in a large building with a centralised system for heating and cooling air, which is then pumped around. The air is pulled in from outside, with all its pollutants. Because we’ve just moved in, there is a constant, and unsafe, level of pollution from volatile organic compounds — the chemicals released as the glue and other substances in new furniture, dry walls and blinds break down.

When I go outside, to the shop or for a walk down the street, the level of pollution climbs and stays at dangerous levels. Each breath means these particles are finding their way into my lungs and then moving around my body. And, when I exercise, deeper and faster breaths mean even more pollution gets in.

Breathing ensures life, but each breath is shortening my life span.