When Zuhair Ebrahim woke up on the morning of July 23 2017, he was a regular second-year university student; someone who was worried about how he was going to survive financially over the next seven days.

His grip on a video game controller would erase that worry and change his life.

Later that day, he went to the largest e-sports tournament in South Africa, hosted by VS Gaming, to play for a chunk of the R1.5-million prize pool. The game he played that day, Fifa 17, is the world’s most popular football simulator. It’s a game Ebrahim spends about 7.5 hours on, every weekend. Ebrahim took all that practice with him and was ready for any challenge.

He says his interest was not the money. “On the day, I was more excited than anything, but what kept me focused wasn’t the prize, it was me knowing that I was the best and I wanted to prove it again.”

“The next day I woke up and I was still in disbelief at what had happened, but I also never felt happier in my life at the same time,” he says.

Nearly 90% of South Africans don’t earn that much money in a year, but Ebrahim was grateful for his earnings. He promised 10% to charity and gave a share to his parents, brothers, cousins and friends.

He says: “All I can remember from that week of the tournament was joking around and discussing with my family and friends that somebody is going to wake up to an SMS saying R500 000 has been deposited into your account, and it just happened to be mine.”

The amount of money he won still shocks him. “I made R650 000 in 12 months from simply being good at a video game, which is unreal.”

Moloi earned R400 000 for his win, and went on to represent South Africa at the Fifa e-World Cup, which took place in Amsterdam. The Fifa prize there was $250 000.

All this is putting South Africa on the global gaming map. But there are problems. Michael James, a senior project manager at online gaming publisher NAG says that latency, caused by the distance between South Africa and Europe or the United States, is an issue. Long cables stretching over thousands of kilometres delay information packets.

When you’re gaming, it means someone with a better internet connection is able to react faster than you are. In football, that’s the difference between getting the ball and starting a counterattack, and missing a tackle and conceding a goal.

But James is confident that the local gaming industry is ready to jump over these hurdles. “We’re moving forward very quickly, and are lucky to have the luxury of seeing where others failed in other environments so we can avoid some of the same pitfalls.”

South Africa still has challenges when it comes to playing against people overseas. But, locally, latency is less of a problem and the gaming scene here is growing.

Although he’s won R650 000, Ebrahim does not consider himself a professional gamer. But he thinks that it could become a job in the next 10 years.

“E-sports as a whole is growing at a remarkable rate. In South Africa, I think that people will actually be able to make a living from e-sports in the next 10 years as more and more events are taking place each year with staggering amounts of money to be won,” he says.

The highest-paid gamer in the world, Kuro Takhasomi, a 25-year-old German, has accumulated nearly R60-million. The grandest prize pool at a gaming tournament is at a competition called The International, which offers R350-million across different games, such as Fortnite and Call of Duty. 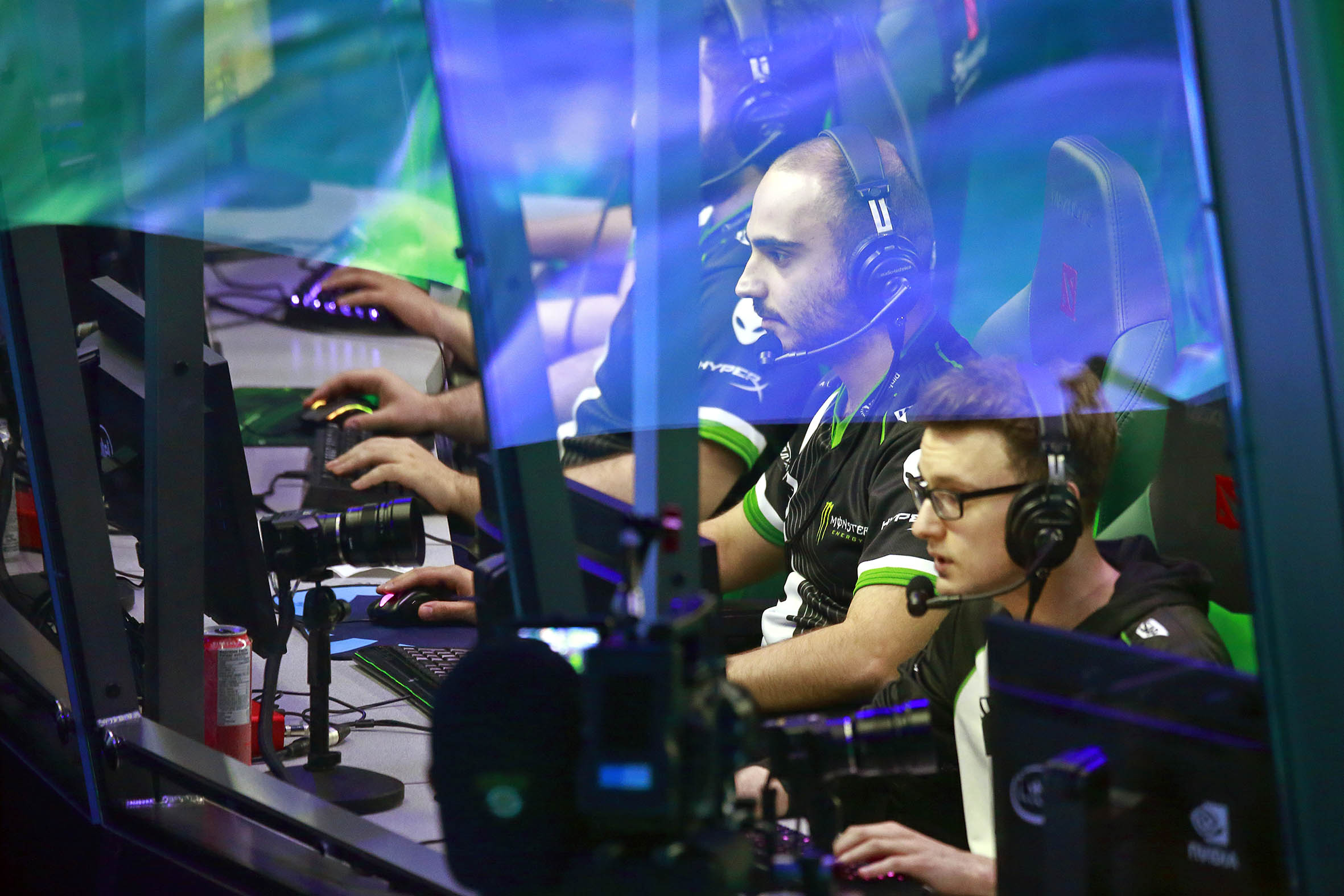 Plugged in: Kuro Takhasomi from Germany is the highest-paid gamer in the world. (Jeff Vinnick/Getty Images)

This money is changing the industry, and individual lives. For Ebrahim, the money he won playing Fifa has allowed him to focus on becoming a chartered accountant. Holding that controller and piloting virtual footballers around also takes away the stress of work and study.

James says more people are realising that gaming comes with lots of benefits.

“On the smaller scale, gaming lets players explore worlds and scenarios they would never normally explore,” he says. “So this builds their imagination, and most importantly, the idea that nothing is ever over and to keep trying until they get a level or skill right.”

These skill sets, he says, translate into the real world, “where gamers automatically think nothing is impossible and approach problem- solving and challenges with this same mindset”.

“On a larger scale, we have people winning hundreds of thousands in prize money from winning tournaments. That’s a life-changing experience no matter who you are. Additionally, some people have won trips overseas to compete on the international stage,” James says.

And, while the characters in this article are men, gaming is leaving behind its past of only men playing. James says women gamers are common and get the same amount of respect as men.Sasha “Scarlett” Hostyn is the top female gamer in the world and has earned more than R4-million from winning tournaments.

James says that to be a gamer, all a person has to do is pick up a controller and play. This means the barriers to entry are much lower than for other professions. It could be a Zuhair Ebrahim earning crazy amounts of money or it could be your grandmother finishing a level of Candy Crush on her iPhone, but one thing is for sure: the gaming industry is changing lives.