There is an expansive view of northern Johannesburg from the edges of the informal settlement of Diepsloot. Below, on the dusty and wintry highveld, is the Northern Water Waste Treatment Works sewage farm.

The back entrance to the sewage works is a little more than 100m or so away. Photographer Delwyn Verasamy and I are here this week because apparently these works, rather than treat the sludge on site, truck toxic, unstable sludge in an untreated form to farms where it is dumped as fertiliser.

This seems unlikely because, on a previous visit to the site a few weeks ago, I saw three large multimillion-rand engines capable of transforming biogas, produced in the sludge treatment process, into electricity. This was a vision of what a decarbonised economy can look like, where unhygienic waste is used as a renewable source of clean energy.

But the engines operate at no more than 20% capacity because relatively little of its potential biogas feedstock is produced on site. Rather than being put through the digesters that produce biogas and stable nontoxic solids that can be used as fertiliser, much of the sludge is trucked away in a wet, untreated and toxic form.

When we arrived this week, we saw the first giant tip trucks making their way to the entrance to the works. Our information was that each truck makes three dumps a day. We settled down to wait. After about 30 minutes the first truck to leave the site emerged.

Its contents — wet sludge — were leaking from the tailgate, splattering on the road. Where the open truck joined the main road, we got close enough to smell its disgusting load.

We had no idea where the truck was heading; our sources had suggested somewhere in Gauteng, but perhaps even Limpopo.

What we saw was clearly happening on an industrial scale: no sooner had we hit the road than two or three more trucks tooted as they passed in the opposite direction to pick up another load.

The truck made its way across Gauteng, heading mostly east, following a set of busy arterial roads, including through commercial and residential areas, all the time leaking the contaminated sludge from its giant tailgate.

We followed the truck towards Kempton Park and then to north-east of OR Tambo International Airport, where, quite abruptly, the truck turned off the tar road onto a dirt road on farmland. This is 64km from the sewage works.

I pulled over at the turnoff for a moment, only to be hooted at from behind by another of these giant trucks, also wanting to get to the farmland.

We followed the two trucks for just more than 100 metres to a mielie field that had been harvested, with just bits of stalks remaining.

The trucks had stopped towards one edge of the large field, a long black line through the field indicating where previous consignments had been offloaded. One truck had used its hydraulic arm to lever its cargo up, disgorging its contents and adding to what had already been dumped. The drivers then drove back and forwards a little, slamming on their brakes to get as much of the sludge out as possible. The undercarriage of the trucks showed evidence of their inability to contain their loads: the axles and wheel hubs were encrusted with faecal matter.

One of the men offloading the sludge said each truck typically makes three deliveries a day to farms; one farmer in the area gets deliveries to six of his farms. We were also told that the dumped contents are sprayed and later ploughed into the fields as fertiliser.

Up until this point I had not appreciated the scale of the operation. During the 45 minutes we were at this site, five trucks arrived to offload their contents.

Karl Juncker, the owner of WEC Projects, said the sewage works needs to dispose of more than 500 “wet” tonnes of sewage a day in the slushy consistency they are transporting at the moment.

Juncker should know. His company had the contract to install the three biogas-to-energy (electricity and heat) engines at Northern Works, capable of producing 1.1 megawatts of power. But he is unable to run the engines at more than 20% capacity because of the insufficient biogas being produced as a result of inadequate sludge treatment.

In a May 2017 document prepared for Johannesburg mayor Herman Mashaba’s administration, Juncker points out that the majority of the sludge produced at the works is transported, untreated, at great expense — about R35-million a year.

Northern Works’s water-use licence criteria require an A1a quality of sludge to be produced at the works, Juncker said. “This is currently not happening and results in noncompliance with its licence requirements.”

I saw properly treated sludge during a recent visit to the Zeekoegat sewage works north of Pretoria. The Southern African Biogas Industry Association chair, Jason Gifford, took me there to show me what a well-managed site looks like.

The result — after emerging from the anaerobic digestion process that separates solids and gas, and after lying in the sun for at least five sunny days — is a dry, stable powder that farmers can pick up for use on their fields. It looked like any other store-bought fertiliser and I would have no problem handling it.

Juncker has, for several years now, been trying to get Mashaba and his executive to reconfigure Northern Works to manage its waste in a hygienic, environmentally friendly and economically sustainable manner.

In August last year, Juncker wrote to Mashaba “as a concerned resident of Johannesburg and professional in the water industry to highlight my serious concerns regarding the state of Johannesburg Water”. 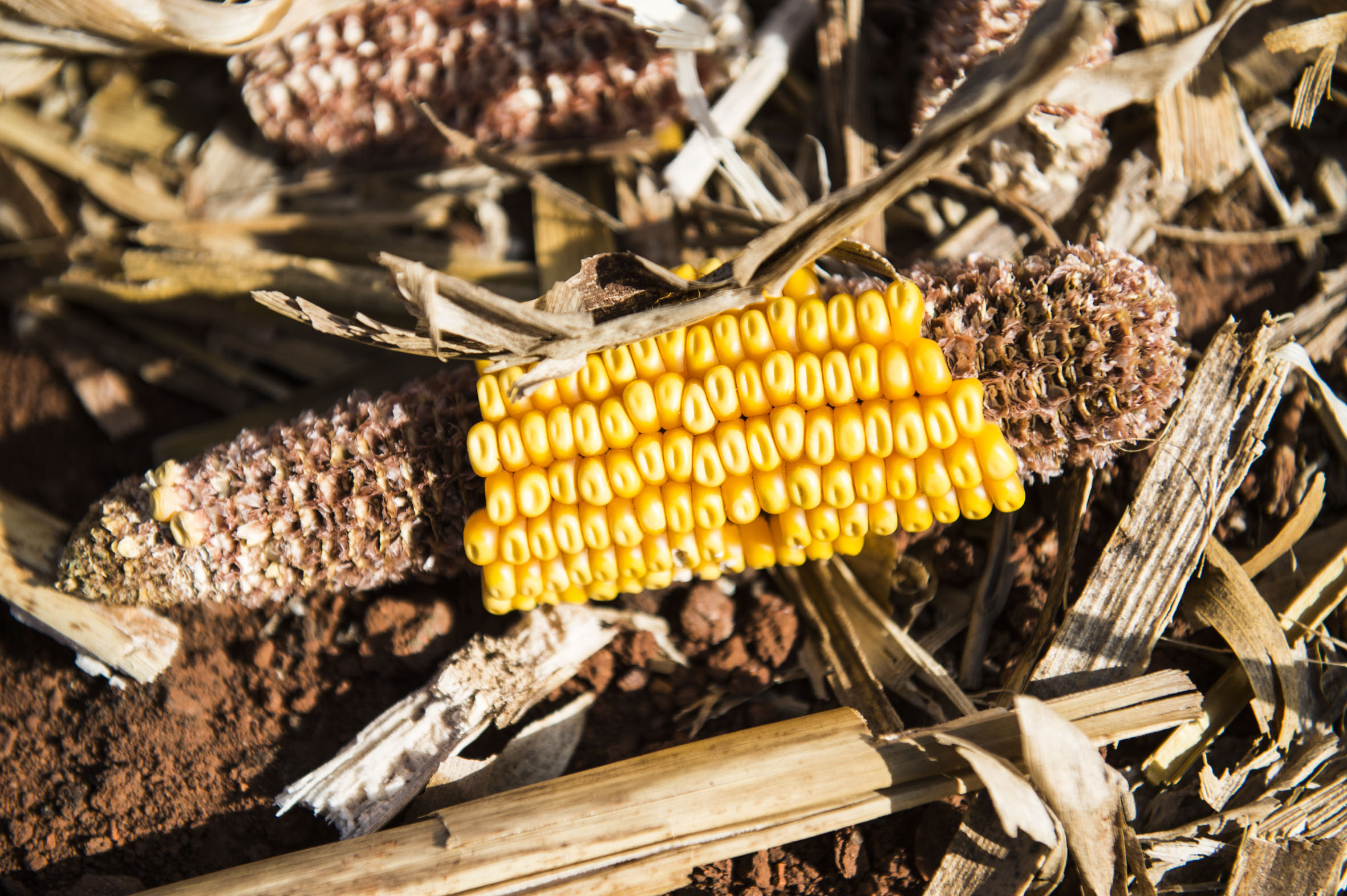 The sludge is used as fertiliser at farms. (Delwyn Verasamy/M&G)

Northern Works’s current digester capacity is less than 10% of what is required to treat the sludge produced at the current concentrations adequately, he told the city authorities.

“Furthermore, the digesters are suspected to contain large amounts of grit, which additionally reduces their effective capacity, and very little or no monitoring is done on the digesters,” he said.

Juncker proposed a turnaround plan for the site whereby it would produce quality sludge for use in on-site digesters and sufficient biogas to be able to meet much of the site’s electricity needs, as well as stabilised and saleable fertiliser.

He estimated the savings for the city of a reconfigured Northern Works at R80-million a year and suggested private funding could be sourced for the project, because it makes a strong financial case. Juncker suggests the costs of putting sufficient digesters in place and upgrading facilities to be able to treat the sludge on site and convert the biogas to energy would be about R700-million.

“A well-considered sludge treatment plan will result in increased biogas production (and electricity production) and has a strong business case with viable financial payback. Such a project could even be considered [on] a build, own, operate and transfer project basis, where external funding could be attained,” Juncker said.

My inquiries to Mashaba’s administration were sent to Joburg Water, where spokesperson Isaac Dhludhlu said the agency would be unable to meet my print deadline because financial year-end reports are due.

“We will try and provide comprehensive feedback by the end of the week,” he said.