There was nothing unlawful about the formation of the so-called rogue unit, says Public Enterprises Minister Pravin Gordhan in court papers filed this week. It is a lie. It is fake news, he says, peddled by those with a political agenda to destroy the constitutional project.

Gordhan is challenging the recent report of the public protector that found, among other things, that an investigating unit at the South African Revenue Service (Sars), widely referred to as the “Sars rogue unit”, was unlawfully formed — “in violation of South African intelligence prescripts”. The report also found that Gordhan deliberately misled Parliament when he did not disclose that a member of the Gupta family had been at a meeting he attended in 2010.

This view, that a unit of Sars — set up in 2007 to gather intelligence in the battle against the millions of rands being lost to the illicit economy — was unlawful, was first expressed in a report by a panel chaired by senior counsel Muzi Sikhakhane in 2014.

The Sikhakhane report was seized on by Tom Moyane when he was the Sars commissioner to suspend a number of senior officials at the revenue service, including deputy commissioner Ivan Pillay, a move that triggered an exodus of senior staff members. The exodus was described by the retired Judge Robert Nugent as one of the factors that led to the “seizing” of Sars.

The view that the unit was unlawfully established has now been repeated by public protector Busisiwe Mkhwebane in her recent report. 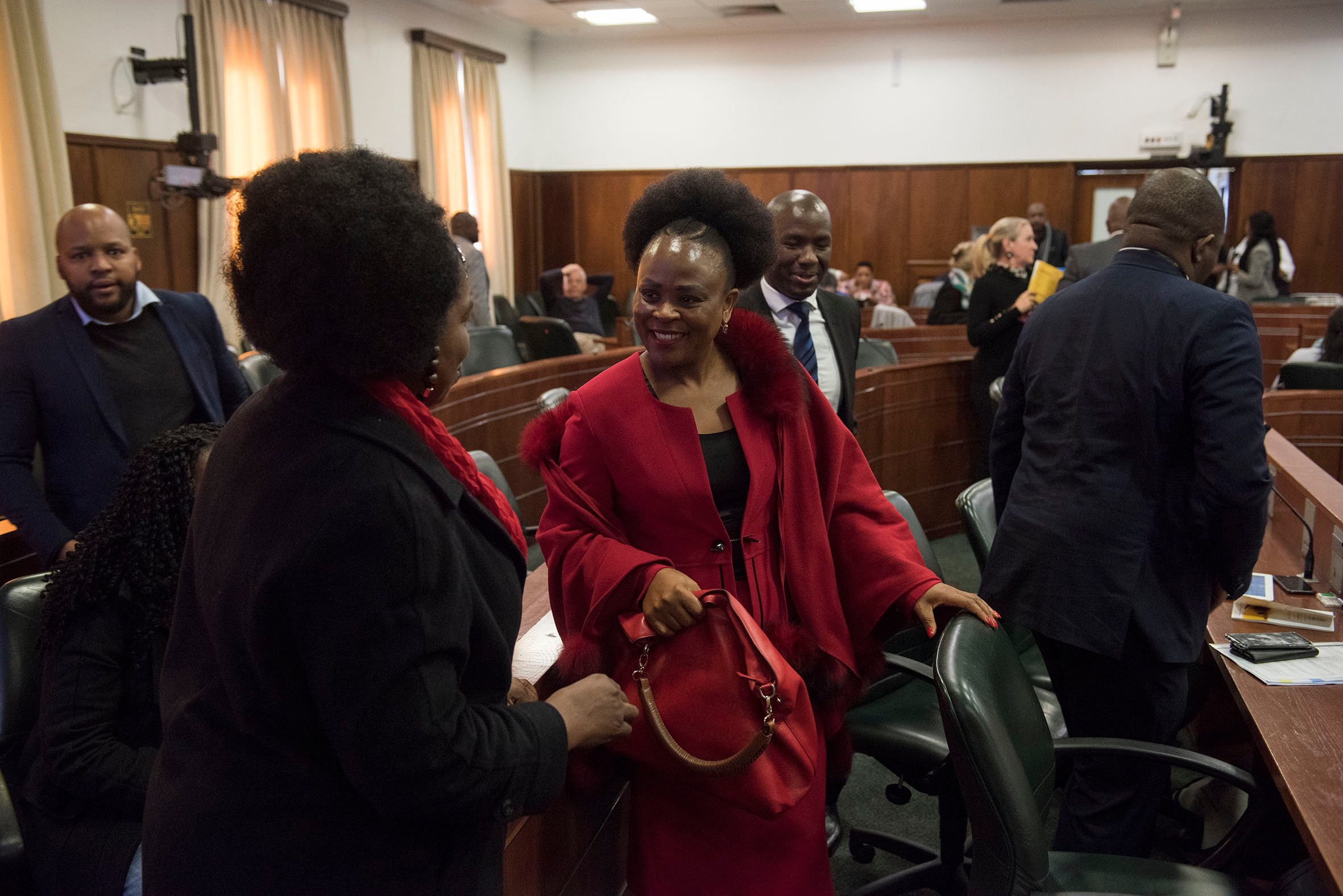 Public protector Busisiwe Mkhwebane will have her findings against Gordhan tested in court. (David Harrison/M&G)

Because of the consequences of Moyane’s actions, the question has for years been a matter of intense scrutiny. But it has never been canvassed before a court — until now.

In his affidavit challenging the report, Gordhan sets out why he believes that, in law, the formation of the investigative unit was lawful.

He says there was no legal obstacle to Sars establishing investigating units to strengthen tax compliance. In fact, Sars had many units investigating tax compliance, and the unit in question — originally called the “special projects unit” (SPU) — was one of these, he says.

Although the idea initially was to house the unit inside the National Intelligence Agency (NIA), when the intelligence agency lost its appetite for this, the unit remained in Sars — lawfully, he says. He lists the relevant laws that governed Sars at the time and the sections that endow the taxman with far-reaching powers to investigate noncompliance with tax laws.

He says the two laws invoked by Mkhwebane — section 209 of the Constitution and section 3 of the National Strategic Intelligence (NSI) Act — did not prohibit Sars from setting up the unit. Section 209 deals with the formation of intelligence agencies and the NSI Act deals with intelligence collected for the purpose of the protection of national security. Gordhan says they do not apply to Sars’s ability to investigate tax compliance.

Mkhwebane “provides no reason why she stubbornly relies on an interpretation of section 3 of the NSI Act that is widely considered to be utterly wrong”, he says.

In her report Mkhwebane, when looking at the “application of the relevant legal prescripts”, refers to the tax laws as well as the law on intelligence.

But, she says “evidence at my disposal” pointed towards “specific steps taken by Sars to recruit personnel and procure surveillance equipment for the said unit for covert tapping of people’s telephones and conducting illegal surveillance on people”. This confirmed Sars’s “violation” of the law, she says.

Here she moves from the law to do with the creation of the unit to the unit’s activities — a different legal question, which is also hotly disputed.

Just before the release of the report, Gordhan and Pillay were asked to respond, as required by section 7(9) of the Public Protector Act, to a “notice” from Mkhwebane that they had been implicated in her investigation and detailing what she intended to find.

In his response, Pillay explained in detail that there was a difference between what Sars had initially wanted the unit to do (thus requiring the powers of NIA) and what the unit, in fact, ultimately did.

What it wanted to do was “undercover operations, operating front companies, using deep cover agents, managing secret funding, interception of communications within the parameters of the law, making use of undercover agents to infiltrate syndicates and other more intrusive monitoring and surveillance operations than what Sars was capable of doing in practice and in law”.

None of this was ever actually done, he said. “I record that the SPU, later NRG [national research group] and ultimately the HRIU [high risk investigations unit] conducted no such operation in its entire lifespan.”

But this did not mean that Sars did not have the power to collect intelligence and conduct “discreet investigations” by other lawful means, said Pillay.

His blistering 115-page submission called Mkhwebane’s notice a “travesty”. He is yet to file papers in Gordhan’s review application.

Mkhwebane’s response to this was terse. “From the evidence and information provided to me, the unit … was specifically designed to operate with intelligence capabilities … the mandate of intelligence gathering is only conferred on section 3 institutions.”

Both Gordhan and Pillay complain about the way Mkhwebane treated the evidence. Throughout Mkhwebane’s report, vague references are made to “evidence at my disposal” and “evidence obtained”. It is unclear where the evidence comes from or how strong it is.

The rules of natural justice, which include the right to be heard, require that the two be given the opportunity to meaningfully challenge the evidence. The Public Protector Act even makes provision for respondents to question witnesses. In his 7(9) response, Gordhan specifically asked for this. Mkhwebane does not say in her report why she refused his request.

In response to an earlier subpoena, Pillay provided extensive evidence to Mkhwebane’s office. Detailing some of it over a number of pages in his section 7(9) notice, he said: “I am perplexed that the public protector has not considered any of the above facts.”

Pillay also addressed the issue of spying equipment: “It is emphatically denied that the unit at any point in time used, acquired, purchased or otherwise obtained any ‘sophisticated spy equipment’.” He said this allegation was a centrepiece of “the rogue unit narrative”.

In the report, Mkhwebane says the section 7(9) responses were considered. “I have, however, not dealt with each and every aspect raised in the responses, but that should not be construed as an admission of any kind of the averments contained therein.”

Back in 2014, Sikhakhane recommended that a judicial commission of inquiry look at the “rogue unit”. Despite it being investigated by at least eight different bodies after his panel, the highest court in the land — where it will likely end — is probably the best body to put an end to the saga.