A 2 000m2 mansion with a price tag of R12.2-million is maybe not the first thing you’d expect to find in the heart of Soweto but for its owner, construction company boss, Vusi Mahlaba, it’s exactly what the country’s largest township needs.

“I’m a trendsetter, I’ve always been one. There is nothing like this ekasi,” says Mahlaba as we enter the home. The property is a family home, conference centre and a guesthouse in one. It has 23 bathrooms, 22 bedrooms, eight parking bays, a walk-in closet, an entrance hall, a fireplace and a pool. The property has been listed by both the Rawson Property Group and Keller Williams Realty.

The three-storey property towers above its neighbours at the corner of Ngalela and Mampuru streets in Mapetla. Its high walls and white exterior are reminiscent of the homes you find in the northern suburbs of Johannesburg, not in an area plagued by high unemployment, crime and poor infrastructure.

“I am a ghetto boy through and through, but I want to farm,” says Mahlaba on why he wants to sell. The property has been on the market since November 2017 and attracted one serious buyer, but, says Mahlaba, “the financing was not approved’’.

As he owned the land on which the property is built, Mahlaba decided not only to build his dream home for his family of five, but also the adjacent Vardos Guest House, which buyers get as part of the sale price.

“Initially, I wanted to build something special for tourists. You know, they always come here to look at us in Soweto, but now it has become like a second home to residents of the community,” he says.

The three-star guest house hosts events as well as offering accommodation. Mahlaba has also begun construction on three conference rooms and a spa. The construction has pushed up the initial asking price of R10.5-million to the current R12.2-million. 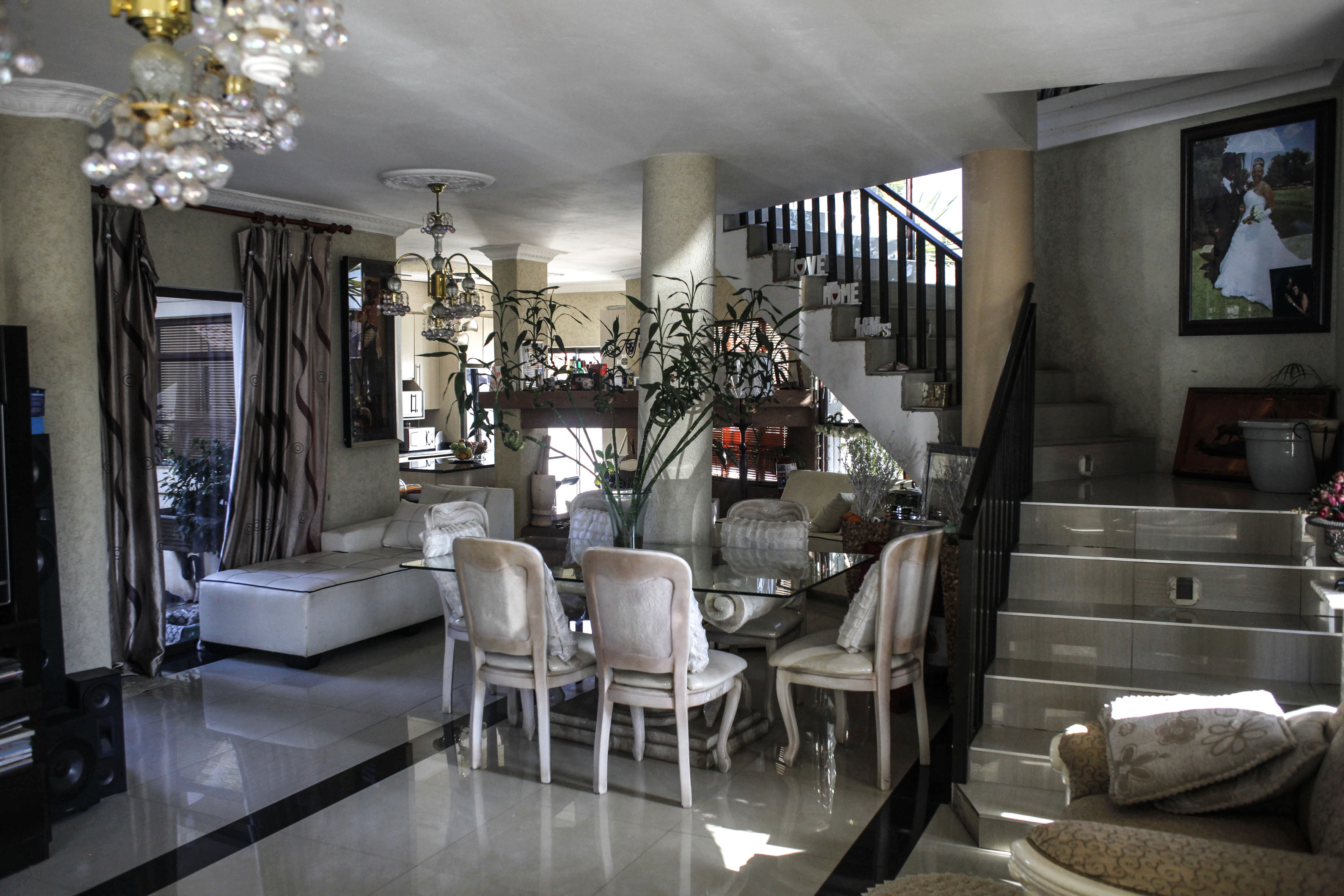 In an area where the median take-home salary is R5 000 to R10 000 a month, according to property intelligence company Lightstone, the average Sowetan will not be able to buy the property.

Although townships are not always the first choice for home buyers, the market has become increasingly attractive for first-time owners who often cannot afford to buy elsewhere.

“Infrastructure development and improved service delivery in townships such as Soweto has made it a viable alternative to buyers looking for middle- to lower-priced properties. With access to credit markets now relatively easier, this has meant an increase in demand for these properties and, in turn, pushed up prices,” he says.

“High demand in these areas has attracted interest from high-earning individuals [and] households as an investment opportunity. This has also helped push property prices higher in areas such as Soweto and Tembisa,” Mkhwanazi says.

He says that the demand for rental property in lower-income areas should, in theory, provide some support for the rental market but because households have been under financial pressure, landlords have not been able to increase prices.

“This is because households have generally been under financial pressure for quite some time and have limited capacity to absorb massive price increases,” Mkhwanazi says.

According to the FNB property barometer for June 2019, although residential property prices are generally in decline, prices in more affordable areas (with an average purchase price of R395 000) grew 16.3% in the first quarter of this year and those in the low-to-medium segment (costing an average of R638 200) grew 6.8%.

The higher end of the market showed below-inflation growth, with upper income homes (with an average purchase price of R1.3-million) and luxury homes (costing an average of R2.3-million) showing 3% and 0.8% growth, respectively, in the first quarter.

The data shows that although prices in Johannesburg have been ailing, property in townships such as Soweto, Meadowlands and Tembisa have been outperforming the city’s suburban areas over the past couple of years.

Average prices in the affluent northern suburb of Sandton and surrounding areas registered a 1.7% decline in the first quarter of this year. Prices in more costly areas such as Randburg and Midrand have recorded similar trends, with the suburbs registering a 0.4% and 2% decline in the first quarter of 2019, respectively. This continues the trend in those suburbs from the last quarter of 2018, where prices fell 1.7% and 2.4%, respectively.

Soweto remains the best performing sub-region in the metro. The average house price growth, however, has slowed over the past year declining from a peak of 14.3% in 2018 to 4.7% in 2019.

“Soweto has all the things required to be a thriving property market, says Nhlanganiso Sibanda of Rawson, one of the estate agencies marketing the Mahlaba property.

“In Soweto the selling price for a two-bedroom house is now well over R400 000 compared to R25 000 when I first started working here over 20 years ago,” he jokes, as we drive to other homes on sale.

According to Sibanda the most popular suburbs for young people and first-time buyers are Diepkloof Extension, Orlando West and Protea North, where a three-bedroom house can go for as much as R1.5-million.