The Ingonyama Trust Board (ITB) continues to bend its own rules for its chairperson by failing to take action against him for unpaid rent totalling R300 000.

The ITB takes tenants who have defaulted on their lease agreements to court and evicts them, but no action has been taken against Jerome Ngwenya over the debts incurred by his service station.

Although the ITB is yet to release its annual report for 2018/2019, the arrears owed is understood to have increased because Ngwenya failed to make payments.

His company, Zwelibanzi Utilities, which runs Adams Mission Service Station on Old South Coast Road, Adams Mission, was granted a short-term lease by the ITB in 2015. On the premises are the petrol station and several small businesses, including a builders’ supply store.

The short-term lease was converted to a long-term one in August 2016. This was done despite the fact that the company owed R132 000, which should have prevented the lease conversion in terms of the ITB’s regulations.

The board passed a resolution that the arrears should be paid by December 2016. Despite failing to do so, the lease has not been revoked and no legal action has been taken against Ngwenya.

In terms of lease conditions, land and any improvements made to it are forfeited by the lease holder should they default on payment.

A source in the ITB, who asked not to be named as they are not authorised to speak to the media, said that Zwelibanzi remained in arrears. “Nothing has changed. The normal procedures have not been applied.”

Ngwenya has not responded to calls and emails about the matter since April last year, when the Mail & Guardian first reported on his failure to service the lease. He did not respond to emails and calls this week.

According to the ITB’s annual report, Ketshe Investments CC, which is also owned by Ngwenya, has been granted a land availability agreement by the ITB — at no cost.

The ITB’s lease programme will come under the spotlight next week during an oversight visit to KwaZulu-Natal by Parliament’s land reform portfolio committee. According to the committee’s programme, the oversight visit, which begins on Monday, will focus on the ITB, drought relief and other land reform programmes.

But a planned visit to the ITB offices will not take place because of the renewed backlash by supporters of the trust against the recommendations of the Presidential Panel on Land Reform, which called for the ITB to be dissolved.

Last year the committee told the ITB to halt its controversial programme of converting permission to occupy certificates (PTO) into leases. It also grilled Ngwenya and ITB management about revenue collected from leases and from mining companies operating on trust land. 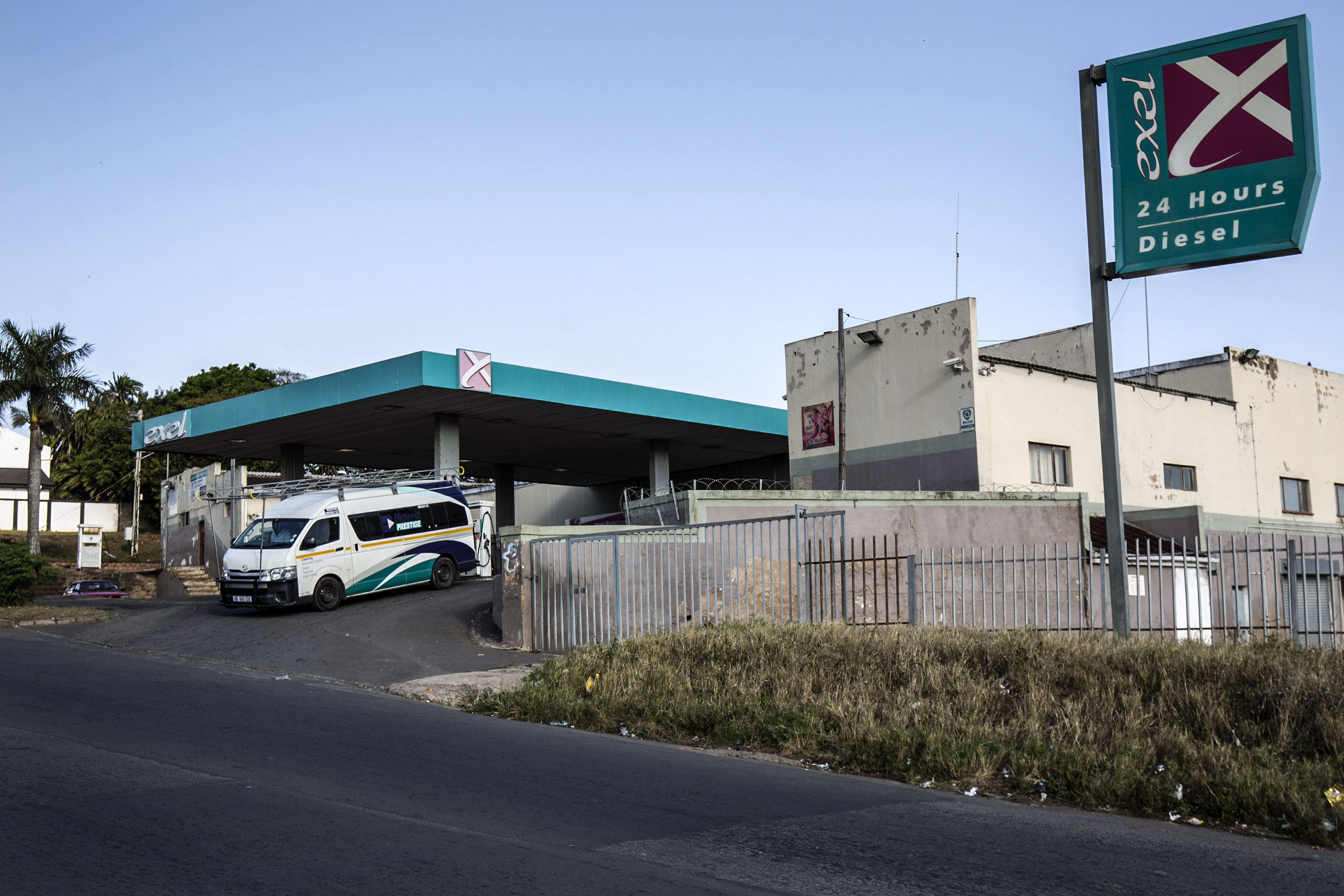 Debt: Jerome Ngwenya, who heads up the Ingonyama Trust Board, has a filling station at Adams Mission on trust land, but he is behind on his rent payments to the ITB. (Rogan Ward)

The ITB was set up in the 1990s to administer land that had fallen under the KwaZulu homeland on behalf of King Goodwill Zwelithini. Under this system, people living on the land did not have title to it and were granted PTO certificates.

But, in 2007, the ITB stopped issuing PTOs and started issuing leases. A total of R8.49-million was generated from 376 leases issued in that year, with the amount increasing to R96-million in 2015/2016 and to R107-million the following year.

The lease and PTO matter is the subject of a high court challenge by residents on trust land, the Council for the Advancement of the SA Constitution and the Rural Women’s Movement. The case will be heard by the Pietermaritzburg high court in November.

In a separate case, a tenant has gone to court after his eviction was found to be unlawful. A R6.4-million damages claim against the ITB by Umnini resort owner Edward Mpeko, who lost his Umgababa holiday resort when it was destroyed by resident during his unlawful eviction, is set to be argued in the Pietermaritzburg high court early next year.

Mpeko was unlawfully evicted from the 21-unit resort, which he bought for R80 000 in 2001 and developed over time, in 2008 after a dispute with the local inkosi, Phathisizwe Luthuli.

After a seven-year court battle the eviction order was set aside but Mpeko’s resort had been reduced to a pile of rubble. Mpeko subsequently filed the damages claim against the ITB, their lawyer in the matter, Sushila Keshav, and sheriff Mandla Mkhize, for R2.3-million, which has escalated to R6.4-million with the passage of time.

In court papers, the ITB denied liability, saying Keshav was liable for the claim because she had failed to secure a properly issued writ for Mpeko’s ejectment.

Keshav in turn denied acting illegally, saying the warrant she had used to eject Mpeko was “authorised and issued by the clerk of the court”.

Mpeko’s lawyer, Charles Reece, said they had completed most of the technical pleadings in the matter and that he expected a court date to be set for the first half of next year.

Ingonyama Trust leases appeal to be argued in court this week

Search for new Ingonyama Trust Board starts for real — finally