Riddle me this: PSL is up for grabs

The saying “football is played on grass, not paper” is befitting to the Premier Soccer League (PSL). The mere fact that, more often than not, every matchup is worth watching gives the country a reason to view local football with pride.

This is precisely why a 3pm kickoff between Golden Arrows and Chippa United on Saturday will bring out the makarapas and the clamourous vuvuzelas at Sugar Ray Xulu Stadium.

Abafana Bes’thende began the season brightly, beating Maritzburg United in the KwaZulu-Natal derby, but were thrashed by Bloemfontein Celtic, losing 5-0 in their second game. It would have been easy for them to drop their heads and let that result sully the rest of their campaign.

But their charismatic coach, Steve Komphela, took the five bullets from his former club as if he and his side had deserved it. He handled it so well that he was even seen partaking in celebrations with the Siwelele faithful, who still hold him in high regard.

However, Komphela would have had stern words for his players on the bus back to Clermont and throughout the week in training.

The task of regaining their confidence will not be easy, especially against this Chippa side, who are still rocking from a last-minute equaliser that saw them earn an unforeseeable point against defending champions Mamelodi Sundowns.

The Chilli Boys also have new blood in their ranks, including one player in particular — right back Gregory Damons. The youngster made his debut against the Brazilians and faced no harder test than Themba Zwane, but he matched him stride for stride on his way to securing the man of the match award. He also received plaudits from his coach, Clinton Larsen, who will surely play him ahead of Diamond Thopola again this weekend.

“I’m very pro-youth. I was itching to give young [Ronaldo] Maarman a chance. I’m so proud of Damons. He’s a true professional. He works his socks off in training,” Larsen said in his post-match press conference.

Damons showed courage, character and real ability against Sundowns, and could be an integral part of keeping Arrows at bay on Saturday. But the team from Durban will have to convince themselves and their supporters that they have recovered from their battering in Bloemfontein.

Saturday afternoon has another interesting battle, when Highlands Park travel to Limpopo to take on Black Leopards.

Leopards are one of only two sides not register a point in their opening fixtures of the PSL. They found themselves on the receiving end of a narrow 1-0 defeat to Kaizer Chiefs last time out.

It won’t get any easier for them. The Lions of the North fuelled Buccaneer tears last weekend by eliminating them from the MTN 8, thanks to Wayde Jooste’s late goal. It is that type of fighting spirit and will to succeed that they must bring to the league. 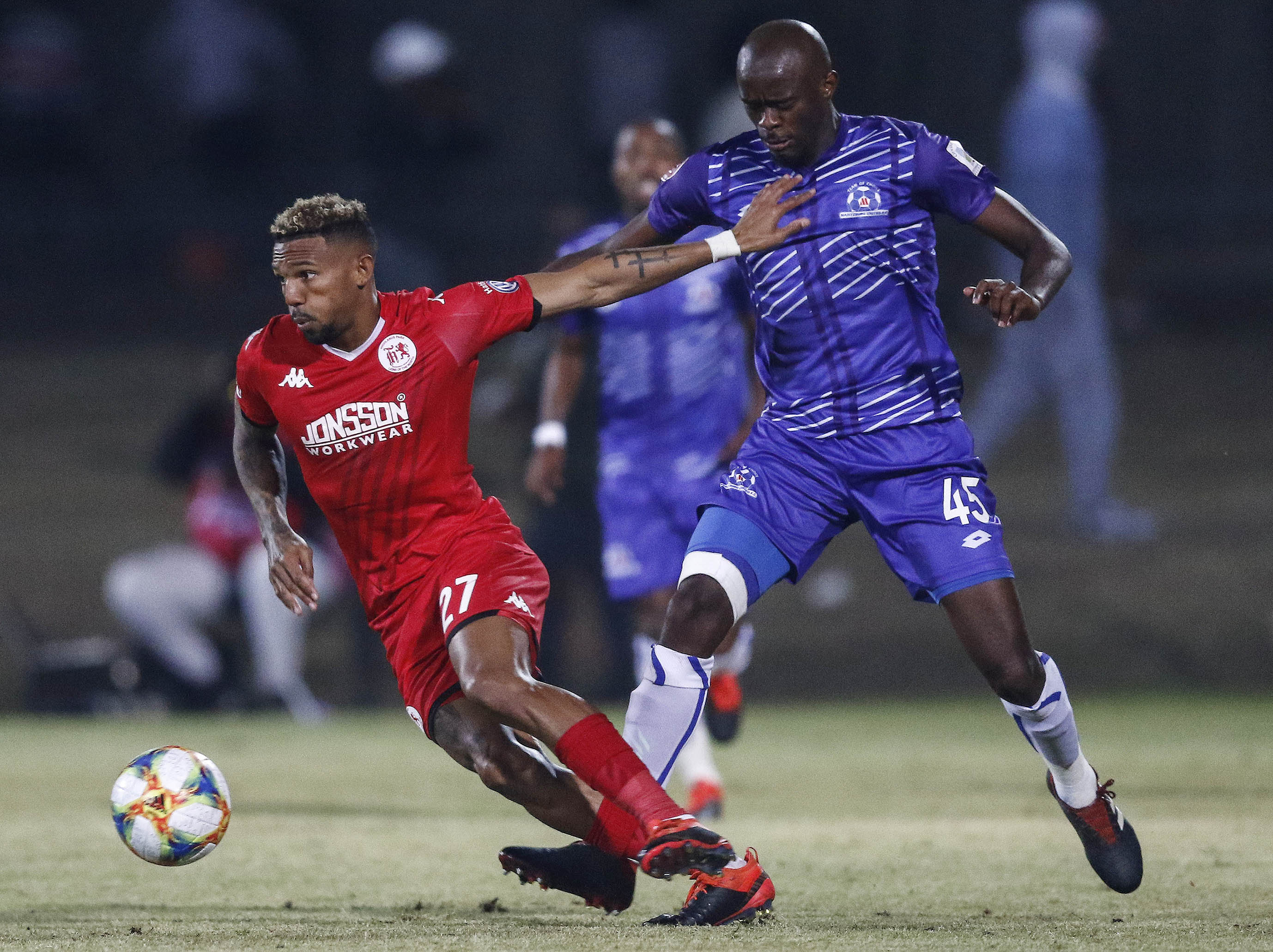 Coming off a disappointing 3-2 defeat to the Amakhosi at home, they would have been lingering at the foot of the table alongside this weekend’s opponents had they not snatched a late draw against Maritzburg in the second match.

However, against Pirates, Owen da Gama’s men turned the screw. They won 17 out of 30 aerial duels, made the game as physical as possible and picked their moment. Their ability to man-mark players throughout the 90 minutes without tiring was a standout in that MTN 8 clash.

While there was much admiration for the Tembisa-based side’s maturity, Da Gama attributed their win to the footballing gods, as he was forced to make all three of his substitutions during the match at the Orlando Stadium. Lindokuhle Mbatha, Limbikani Mzava and Makhehlene Makhaula all fell on to the doctor’s table. But the substitutes were remunerative — the decisive goal was made by and scored by a substitute.

But, after these injuries, Da Gama did express concern about his side’s depth, knowing that a long season lies ahead. “It’s unfortunate, because we don’t have a very big squad — Mzava has a serious injury, Mbatha got eight stitches and Makhaula also has a serious Achilles [tendon] injury,” he said after the game. “So I just feel for them, because they’ve worked so hard to get into the team and now it’s injuries. But that happens in football; injuries are part of the game.”

Despite the contusions to his players, confidence will be high in the camp, and a similar level of intensity, awareness and structure could inflict further abrasions on the already wounded Black Leopards.

The Amakhosi were tipped to continue their fall down the table at the beginning of the season. After a 2-0 defeat to Pirates in the Carling Black Label Cup, the season ahead looked wintry for Chiefs and their fans.

But two games in and they are the only team sitting with a perfect record. With goals coming from the front and backline, Ernst Middendorp’s men will be optimistic when they host Supersport United on Saturday evening.

Middendorp’s high spirits can only be elevated by the return of goalkeeper Itumeleng Khune and forward Khama Billiat. But he will have to keep in mind that his beautiful 3-5-2 formation might not be a problem for Supersport. Matsatsantsa destroyed Orlando Pirates, who used the same formation in their last league game. They also met Bidvest Wits in the MTN 8 and educated the clever boys with another comprehensive victory.

Bradley Grobler will be looking to add to his tally after netting three goals in the last two games. But his coach, Kaitano Tembo, insists that he and his teammates must not get carried away as it is still “early days”.

“It’s only our third match of the season, so we need to stay humble and continue to work hard,” he added.

With Mamelodi Sundowns dropping points for the second successive league game and Orlando Pirates lost at sea, the two favourites for this season’s PSL title have shown just how unpredictable South African football is, meaning every match is crucial.