It is with some concern that we note recent events in a northern island kingdom known mainly for its enthusiasm for oddly shaped vegetables and the tyranny of imperial colonialism.

The small but frankly rather prickly nation-state is apparently seeking to isolate itself both from its neighbours and its own democratic structures in a move described variously by its inner voices as “a constitutional outrage” (Financial Times, quoting speaker of Parliament John Bercow), “a grotesque abuse” (The Guardian), and also, somehow, “ballsy” (The Sun).

In response to what has clearly become more than simply a hot potato issue, factions of the nation’s citizenry have taken to the streets in protests that have, at least so far, remained nonviolent.

To summarise: On Wednesday the kingdom’s prime minister called on its monarch to end the current parliamentary session so that it might have a few weeks off, after which he, the prime minister, will “bring forward a new bold and ambitious domestic legislative agenda for the renewal of our country”.

If, as an entirely unanticipated consequence of suspending Parliament, the country’s elected representatives are denied the time and space to either a) legislate alternatives to crashing out of its partnership with its neighbours on the adjacent continent by the approaching Halloween deadline without a deal; or b) vote through a motion of no confidence in the prime minister, then, well, gosh, what a strange coincidence. An oddly shaped turnip for the books, one might even say.

While opinion is mostly divided in the country itself, it is somewhat less so on the neighbouring continent, where memories have been rekindled of other times that government leaders used legal technicalities to dismantle the democratic and constitutional checks and balances on their power and authority.

The prevailing view in Europe has perhaps best been captured by the Belgian newspaper De Morgen, which called the island state’s move a “coup”. 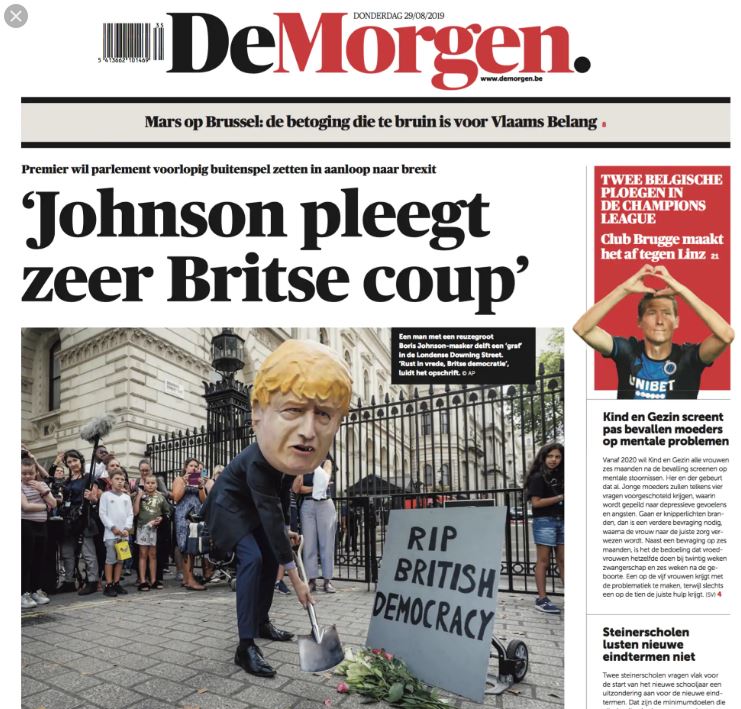 Although we here in South Africa are geographically far removed from the turmoil and political unrest in the region, we must be sensitive to the parlous state of democracy in other parts of the world, and stand ready whenever necessary to offer solidarity, advice, moral guidance and vegetables.

However, we must also be aware that some of our readers might have reason to travel there. Therefore, some travel advice to this at-risk region: