In the digital age, where information has become democratised through social media, journalism occupies the same spaces as viral memes, catch-up tweets about soapies, online camaraderie between friends and advertising from brands with bigger budgets. How then do newsrooms fit in and stand out without compromising their integrity?

Afika Jadezweni is a fashion and beauty journalist at W24, a position she took up after writing in the same capacity for Marie Claire and Real Leaders. Reading through her work, it seems that wherever her byline is published, Jadezweni thrives in introducing critical thinking in a space that many consider to be superficial. Beyond writing about the latest trends and brands, Jadezweni’s work encourages the reader to be a conscious consumer of pop culture. Her writing goes beyond noting the luxury and hype of the day by delving into the terms and conditions that come with wanting to buy into the various facets of contemporary culture.

But doing the work is not enough. Once the work is published, writers need to get eyes to read their stories. Gone are the days when a radio or television advertisement or putting logos on T-shirts was enough to garner the public’s attention.

Old-school advertising alone won’t cut it, but the answer doesn’t necessarily lie in fast journalism either. “With digital, everything happens so fast and trying to create a sort of archive on a tight deadline has its challenges,” Jadezweni says. “But I can’t give people fast, lukewarm pieces just for the sake of constantly needing to produce content because of our digital climate. If I did that it would be churnalism.”

Readers can easily scroll past a sea of articles because there are so many. According to Jocelyne Muhutu-Remy, the sub-Saharan Africa strategic media partnership manager for the Facebook group, to stand out one needs to fit in by feeling as familiar as a friend. She says people are more interested in individuals who they feel they know intimately, rather than faceless entities. It is for this reason that brands are turning to content creators to promote them in addition to purchasing mass advertising.

“Audiences believe more in word of mouth from their peers,” says Zuziwe Gcuku, a content creator with more than 36 000 followers on Instagram and more than 29 000 subscribers on YouTube. “My followers think of me as one of their peers. So when I big up a brand, it’s a little more authentic.” In the five years that Gcuku has been a content creator, she has worked with brands such as Colgate, Bobbi Brown, Avon, Clinique and Netflix. 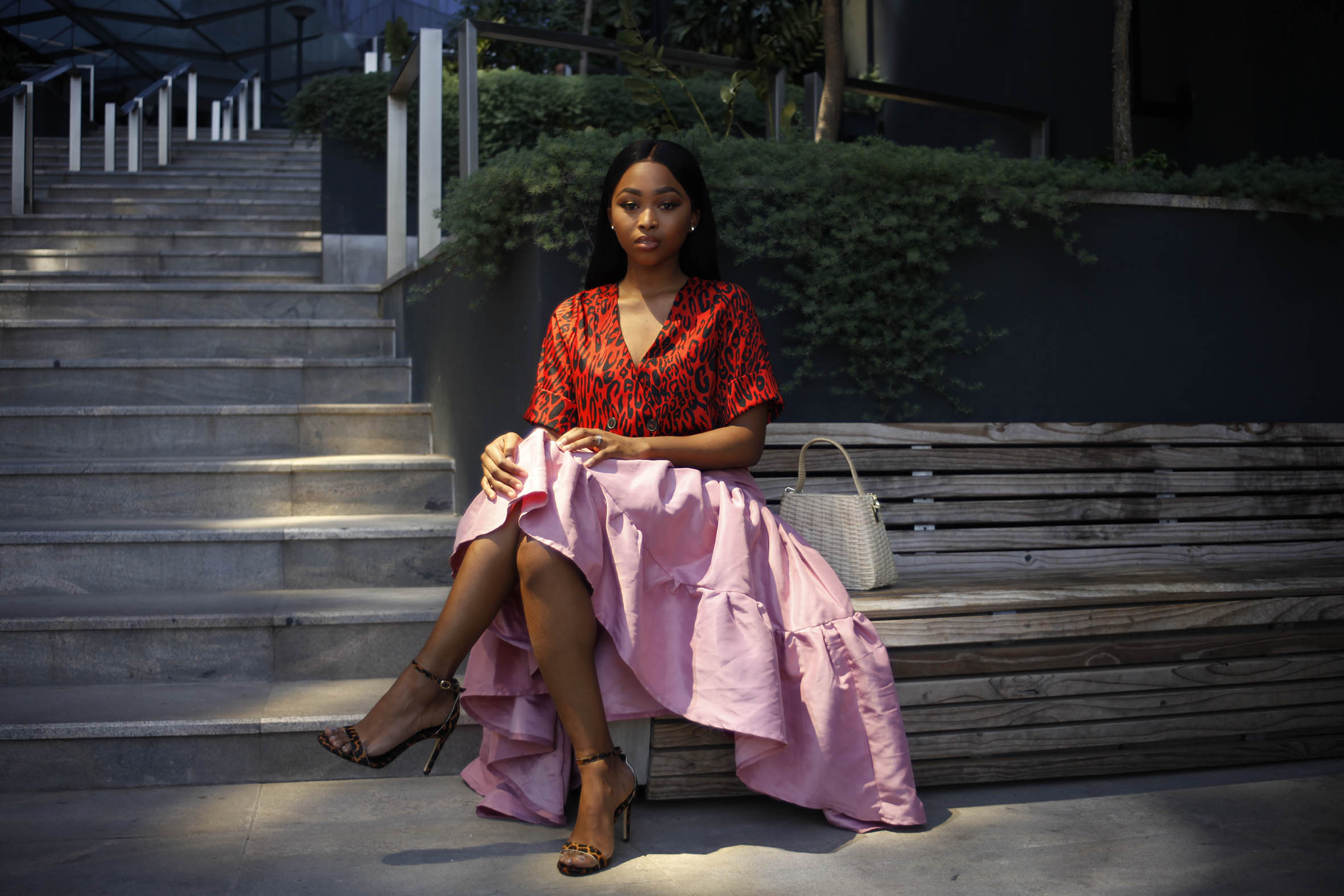 Content creator Zuziwe Gcuku says her followers think of her like they do a friend. (Oupa Nkosi)

READ MORE: Donor-funded journalism is on the rise in Africa: why it needs closer scrutiny

“I get to be critical — I have to be. Just because a foundation works for me, it doesn’t make that sentiment universal. I have to state that. Then I have to consider the packaging, pricing and the politics of the brand I am writing about,” says Jadezweni, using makeup as an example of a product she might receive. 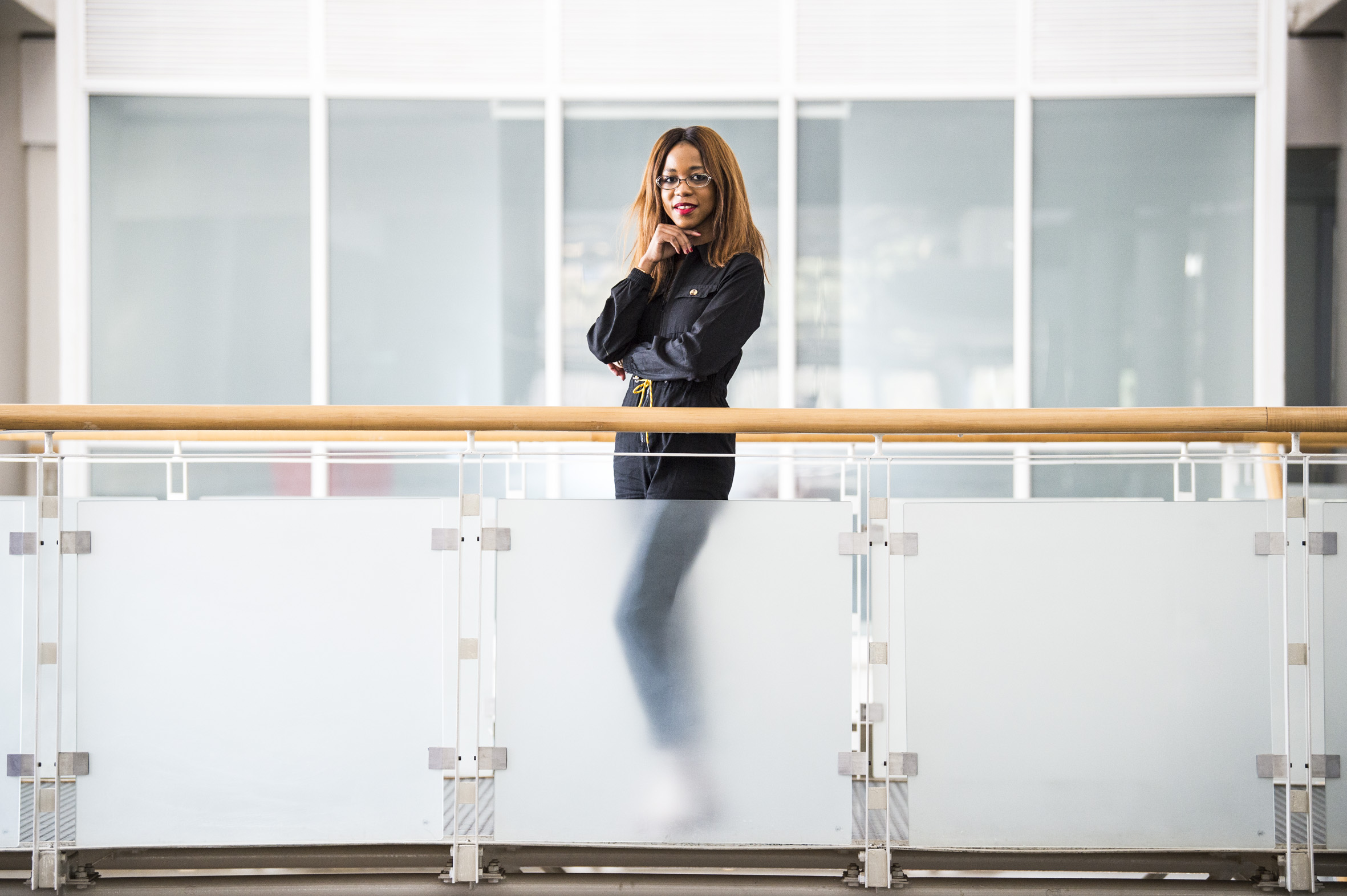 Journalist Afika Jadezweni says the upside of being on the journalistic side of lifestyle content creation is the allowance to be critical. (Delwyn Verasamy/M&G)

On the influencer end, when brand managers contact content creators, they do so with an overview of what they want the messaging to be. “Contracts are signed and you are bound to promote the brand. If content is paid for it can’t come across as negative,” says Gcuku.

“Ease and increased accessibility to producing content has led to the misconception that the craft of journalism is anyone’s game,” says Kelly Fung, who handles both editorial and commercial content in her line of work. Fung was previously the editor-in-chief of Elle magazine, and is currently the head of content at Superbalist, the platform that, in addition to online shopping, curates content about South Africa’s pop culture landscape.

What makes it difficult for consumers to distinguish between influencers and journalists on social media is how content that is paid for isn’t always clearly marked as being advertising. Earlier this year the Mail & Guardian reported on regulations by the Advertising Regulatory Board (ARB) that now require influencers to disclose when their content is paid for. In the article the chief executive of the ARB told the M&G that: “If the content is paid for, the way the consumer receives it is different from the content [that] is not paid for. So the recommendation from an influencer has a very different impact if you know the influencer was paid to make that recommendation.”

When posts are marked, consumers may miss the hashtags #ad, #partnership, or #sponsored, because it’s hidden in a paragraph of other hashtags. In the same article, content creator Palesa Kgasane said although she understands the need for the regulation in the name of authenticity: “We are all very aware that making content sellable without sounding like a salesperson is a tough challenge.”

As the line between journalists and content creators is increasingly blurred, journalists such as Jadezweni are becoming hybrids. “I think a lot of us feel the need to tap into the influencer spaces. It’s almost as if, if they don’t recognise you from Instagram, they’re not interested in engaging. It’s as if they need that referral,” Jadezweni admits in reference to attracting a digital audience. “I attract people to Afika [on social media] to attract them to my work. That’s how I introduce them to the publication and get them to engage with it outside my byline. I mean, some brands and readers followed me from my previous publication.”

A 2018 report by the Columbia Journalism Review used Buzzfeed and Refinery29 as examples of how media publications can make use of influencer advertising in newsrooms. Buzzfeed video creators have large and loyal followings on their personal accounts who follow them on to the media platform. And Refinery29 contributors use their personal accounts to create sponsored content for advertisers.

Perhaps it is fair to question such tactics because, unlike advertising, influencing change through journalism is not undertaken in the name of commercial gain.

The issue with blurring the lines between paid-for content and editorial work undermines a journalist’s ability to hold people and brands accountable. Fung believes that it is unlikely that someone will be able to appease their client on one hand while coming across as a reputable reporter because enthusiastically campaigning for an idea, person or brand while being critical of it is impossible.

Another issue with adopting tactics from the influencer market is high dependency on consumer feedback. When she started out, Gcuku had preferences about the content she wanted to create. When her traction increased, her content was then determined by whatever had higher engagement from followers. “I use tools like Sprout Social to get insights that give me direction,” says Gcuku. “Catering to the people who consume my content will determine whether I float or sink.” Unlike the influencer industry, the news agenda is not determined solely by what gets the highest number of clicks from readers.

While this fairly new means to relay information seems to dominate the digital media space, it is important to note that journalists’ work cannot be substituted with that of content creators.

Even in such times, there still is a need for news and commentary that can take a text — whether a book, a clothing item, a piece of music, a viral meme or a song — and unpack it to show what it says about the world it was created in.