Law and order essential to democracy 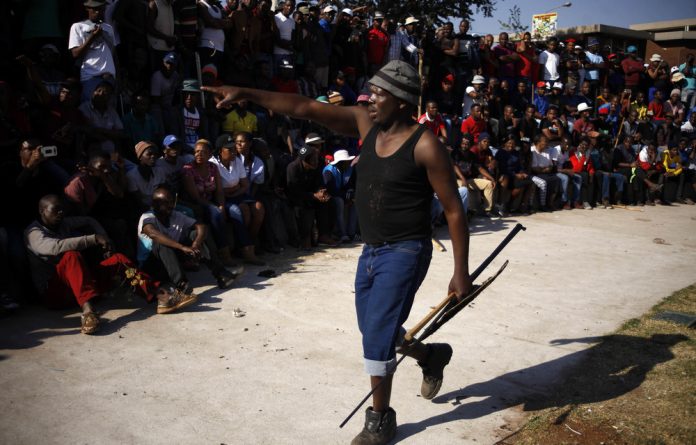 It has been a traumatic time in South Africa. In just one week, the nation has been exposed to extreme levels of violence and the violation of African migrants’ human rights in certain sections of Gauteng, mainly Johannesburg’s central business district.

The mayhem gained momentum over the past weekend, when at least seven cargo trucks were set ablaze by nameless individuals along the N3 highway in KwaZulu-Natal. The province has continued to experience these incidents of lawlessness directed at African migrants employed as drivers by various trucking companies, despite numerous national and provincial government engagements with various stakeholders in the transport and trucking industries.

The bottom line is that the atrocities that have been meted out against our African brothers and sisters are without clear reason. The levels of criminality are an indication of frustration and opportunism that has turned into outright thuggery.

Even more shocking is the deafening silence from government on these atrocities and its reluctance to respond decisively and quell a further resurgence of violence acts.

The questions lingering in citizens’ minds are: Who is sponsoring these violent attacks? Why are the main plotters of these acts of violence not being arrested? Have we lost all sense of morality and tolerance?

Too many South Africans are blaming African migrants living in South Africa for their economic ills and shortages of skills, which are in fact caused by historical inequalities and government policies that have failed to address these challenges.

As peace-loving and law-abiding citizens, we demand that the government at all levels of governance acts swiftly and with urgency to end all forms of violence against African migrants in South Africa.

Furthermore, we cannot as citizens remain silent while opportunistic looting, accompanied by violence, continues unabated and our fellow Africans continue to be humiliated, displaced and tortured.

Our government must take the following decisive actions:

• Speedy arrest of all sponsors of these violent attacks against African nationals;

• The overseeing of perpetrators’ successful prosecution;

• Visible policing in all potential hot spots across the country;

• From a human rights point of view, we urge government to protect the rights of African migrants, irrespective of their legal status;

• Convene dialogues with communities regularly, with the aim of gaining insight into the long-standing grievances that continue to trigger tensions between African migrants and their hosts. Enhance coexistence between people, and allow exchange of opinions in a safe and responsible manner;

• Create awareness campaigns, in collaboration with civil society and other social partners, that sensitises and engages the unemployed as well as out-of-school youth on the economical and reputational costs of looting to the country;

• Encourage political leadership at the highest levels to speak out sincerely against xenophobia and all its related forms;

• Hold public officials who utter counter messages that threaten peaceful coexistence accountable for their actions; and

We call on everyone to take steps to ensure that xenophobia does not take hold in our communities. We firmly believe that the underlying causes of xenophobia derive from the appalling social conditions that many of our poor communities experience on a daily basis.

To root out divisiveness in our communities and workplaces (in the trucking industry in particular) the state and all its social partners must address the unacceptable levels of poverty and inequality that feed negative sentiments in the public, provide space for exploitation and that attach blame to African migrants.

Moreover, we need to recognise that being a refugee is not an identity. It is a legal status, and one that evokes the need to protect the most vulnerable around the world. We must not perpetuate the false division between “them” and “us”.

African migrants with refugee and asylum status are our neighbours, our friends, our children’s friends and their parents, our local shopkeeper and the person sitting beside you in the taxi. They are rightful members of our communities.

In a thriving democracy, all citizens must strive to build a nation that respects diversity, dignity and human rights so we can collectively combat the current social ills of crime, poverty, and xenophobia.

Committing atrocities against Africans is anti-democratic behaviour that undermines human rights and the rule of law.

Although unity needs to happen at a grassroots level, it should be upheld by government policies that provide support structures for the poor, that pioneer economic and gender justice and that protect all who live in South Africa.

We call on all peace-loving South Africans to practise tolerance, acceptance, inclusion and to work together towards building a peaceful country, regardless of any differences.

Dr Paul Kariuki is the executive director of the Democracy Development Program, a national NGO headquartered in Durban

Dr Paul Kariuki is the director of the Democracy Development Programme in Durban. These are his own views.