Storytelling is in her blood

Sarah Ladipo Manyika is in Johannesburg for the South African Book Fair. She’s just flown in from Cape Town, where she was at Open Book, and we spend the first few minutes of our allotted time traipsing around Constitutional Hill, trying to find a quiet spot for our interview.

She’s wearing an elegant pair of black heels that strike me as a sartorial choice of which Morayo Da Silva, the protagonist of her second novel Like a Mule Bringing Ice Cream to the Sun, would approve. But Manyika assures me that in everyday life, she’s usually in trainers. 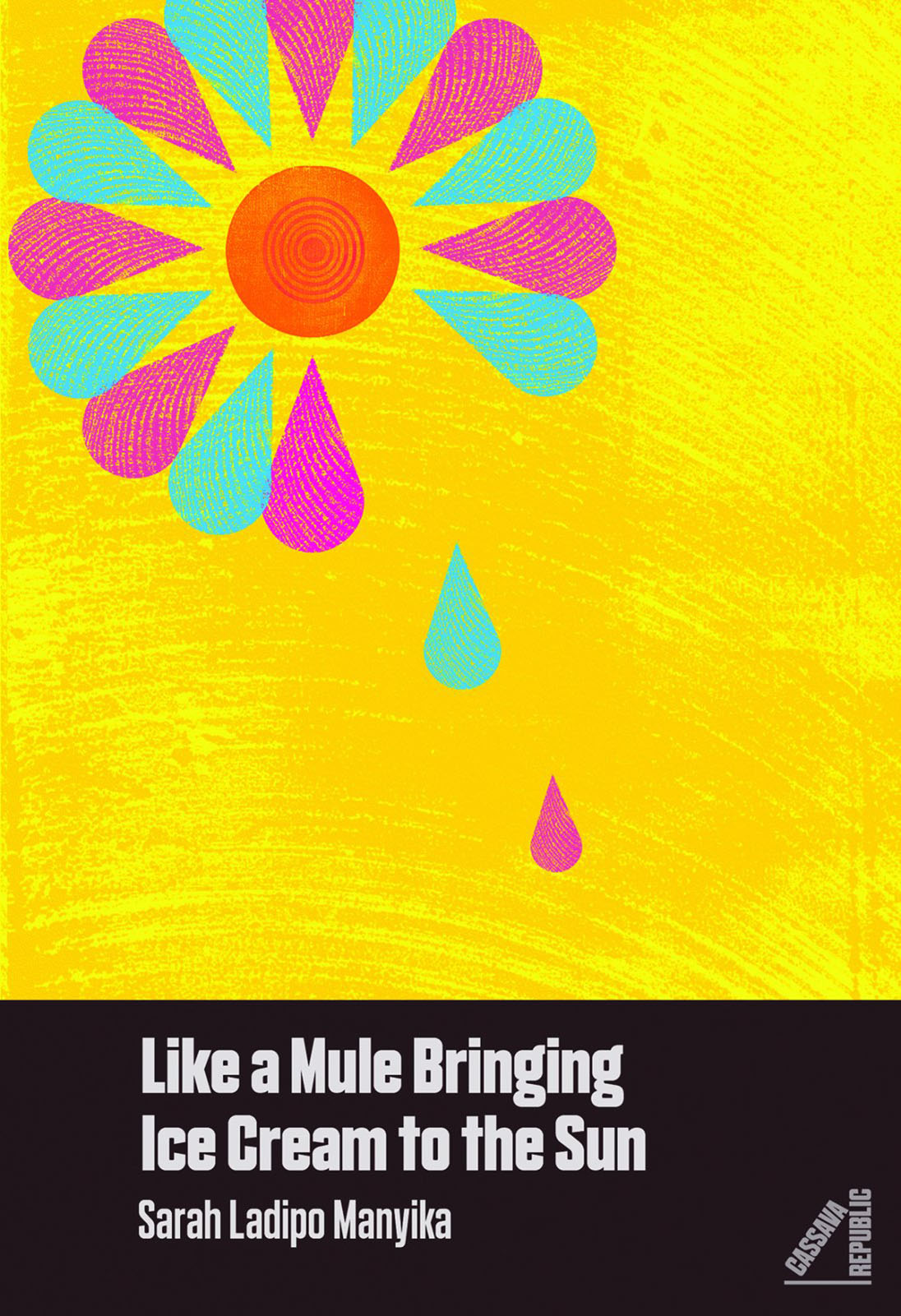 And, despite Manyika’s self-confessed tiredness, she brings this down-to-earth quality to our conversation, as well as the book fair panel on which she sits the next day.

“I still call what I do scribbling,” she admits, displaying vulnerability without resorting to self-deprecation.

Manyika is the child of a Nigerian father and a British mother, and credits both sides of her family for her love of storytelling. “At the heart of writing is storytelling, and I have always loved hearing good stories. I come from a family of storytellers,” she says. “My father is an Anglican minister. And so I would go to church every Sunday, and he would give sermons. And most of the anecdotes that made his sermons interesting — or that made people laugh — were stories about his children. So I had storytelling from him in the Nigerian context.”

Manyika elaborates on the Nigerian context, in that this storytelling wasn’t only a family matter, but woven into the fabric of society. “I often say that I come from a great storytelling nation in Nigeria,” she notes. “Nigeria is well known for its fraudsters and four-one-nines and people making up stuff — you know, this sort of great sort of theatre. That’s what captivated me as a child.”

On her mother’s side, Manyika was exposed to a whole new set of stories. “So my mother comes from the north of England, from Yorkshire. My grandma would always tell stories about World War II, and sheltering in the air raid shelters,” she says. “And I think that’s an interesting sort of juxtaposition of very different stories of the war and my father’s stories of his childhood.”

Manyika’s first novel, In Dependence, published in 2008, draws on both sides of her family heritage for inspiration. It’s a love story, set for the most part in the 1960s, that follows the path of Nigerian student Tayo Ajayi who moves to the United Kingdom after he wins a scholarship to Oxford. There he falls in love with a white woman, Vanessa Richardson, whose father used to serve in the colonial administration in Nigeria.

It’s odd to hear Manyika describe this as a “historical novel” because one can carelessly think of history as further back in the past, but she is entirely correct. She conducted a “huge amount” of research so as to convey the reality of living in Nigeria at that time, including reading back issues of local magazines and newspapers to capture the zeitgeist. It seems outlandish in 2019, but as Manyika notes in her panel discussion, at one point the Nigerian currency was higher than the British pound. In 1960s Nigeria — before Biafra — there was a real optimism, a sense that “we’re going to rule the world”, as Manyika put it.

Reading In Dependence, one is mindful not only of how the world has changed — and not changed — since then, but also of how the novel’s reception has changed since its original publication just more than a decade ago. “I often say I think books read us as much as we read books,” Manyika says. “Now we’re living through an era of #MeToo. This is a book set in the 1960s, talking about civil rights, talking about racism, talking about women’s rights. All these things are still things that we are talking about — they’ve come back. So there’s often a change in terms of what people are thinking about that feeds into their reaction to the work.”

For all the serious issues that permeate In Dependence, it is written with an enviable lightness of touch. And, at its heart, this novel is simply — or rather, not so simply — a love story. “I started writing In Dependence about 15 years ago and I was really longing for a great love story. You know, I’d read Portrait of a Lady, I’d read Remains of the Day and but I wanted a great love story that was at least set partially in Africa; that had a main protagonist who is African, and I wasn’t finding those,” Manyika says. “I was finding stories about civil wars, war and child soldiers. Those are valid stories, so I’m not knocking those stories at all. But I wanted a different sort of story.”

She cites the famous Toni Morrison quote, “If there’s a book you want to you read, but it hasn’t been written yet, then you must write it” as inspiration in this regard, and persevered with her African love story, even though publishers weren’t enthused. “Initially, when I tried to sell In Dependence, I was told by publishers — many publishers — that ‘We liked the story but love story with African characters won’t sell,’” she says. “Publishing is a business, but they were just basically going along with types of stories that had done well before.”

Manyika eventually found a publisher in the UK’s Legend Press, but this was not the end of In Dependence’s publication journey. “I was very keen to have an African publisher that had the African rights. At the time, Cassava Republic [a Nigerian publishing house] was just new, maybe one to two years old. And I heard that it was run by a woman. And that was something appealing to me,” she says. “And so, Cassava Republic got the African rights. And they did a great job, bringing it out in West Africa, and Southern Africa as well.”

This inspired Manyika to make Cassava Republic her primary publisher for Like a Mule Bringing Ice Cream to the Sun. “Over the years, I became more informed about the way that publishing works. And I realised that a lot of the stories, a lot of the novels, by African authors and or featuring African characters, were readily and easily available in Europe and America, but not here,” she says. “I realise that’s where the means of production and the gatekeepers to so-called African literature were — not so much within the African continent, but outside. So I made the decision with the second novel to give world rights to Cassava Republic, because I really liked the idea of an African publisher taking a book to different territories and selling the rights rather than the other way around. It’s not only exciting for me ideologically — Cassava has done a brilliant job.”

Again, in her second novel, Manyika was writing a story that she wanted to read. “I was finding hardly any stories about older black women. I certainly wasn’t finding stories about older women who were sensual,” she says. As well as Cassava Republic being an African publisher, it provided a good fit for publishing this story. “It’s a book about an older woman — it doesn’t really sound sexy for the publishing industry, as it were,” Manyika says. “And so that’s the other thing that’s so exciting about Cassava Republic: they are not bound by what has been done in the past. They are genuine and excited about different types of stories.”

Like a Mule Bringing Ice Cream to the Sun is the quintessential book-lover’s book. Protagonist Morayo Da Silva is a sympathetic character to anyone who shares her love of reading, from her habit of arranging the books in her shelves not alphabetically — but by which characters in their pages she thinks would have interesting conversations with each other — to her tendency to draw up reading lists in her head to be given to people she’s only just met.

When we meet her, Morayo is residing in San Francisco, but she has lived around the world, from Jos to Delhi and other cities in between. The novel is imbued with Morayo’s memories of Africa and in a challenge to stereotypes of what constitutes “African fiction”, Manyika has deftly created a character who is not only proudly African, but also universally resonant.

As Manyika reminds me, In Dependence is historical fiction, and Like a Mule Bringing Ice Cream to the Sun is set in the present day. And her next novel? Well, it is “looking at the future”. These days, thinking about the future can be undertaking in trepidation. But the prospect of reading Manyika’s fiction reflecting on the topic is one to relish.