In these times of ecological uncertainty, crisis and air pollution its becoming even more important for regular citizens to take action and green their communities. Johannesburg City Parks and Zoo (JCPZ), in celebration of this month’s arbour focus, recently planted 2 000 indigenous trees in the low-cost residential area of Riverside View as part of a public-private partnership between itself and residential developers Valumax Group.

As MMC Nonhlanhla Sifumba stressed in her keynote address, greening neighbourhoods and communities is an often-undervalued part of socioeconomic empowerment; it directly addresses pressing climate change concerns, and our carbon footprint.

“Climate change is a reality and fact. There is so much to do, and we need a greater sense of urgency with more hands on deck to plant trees. If Ethiopia and Rwanda can plant millions of trees in a short space of time, then we should ensure that all 135 wards in the city plant at least 100 trees every year during Arbour Month,” she said. 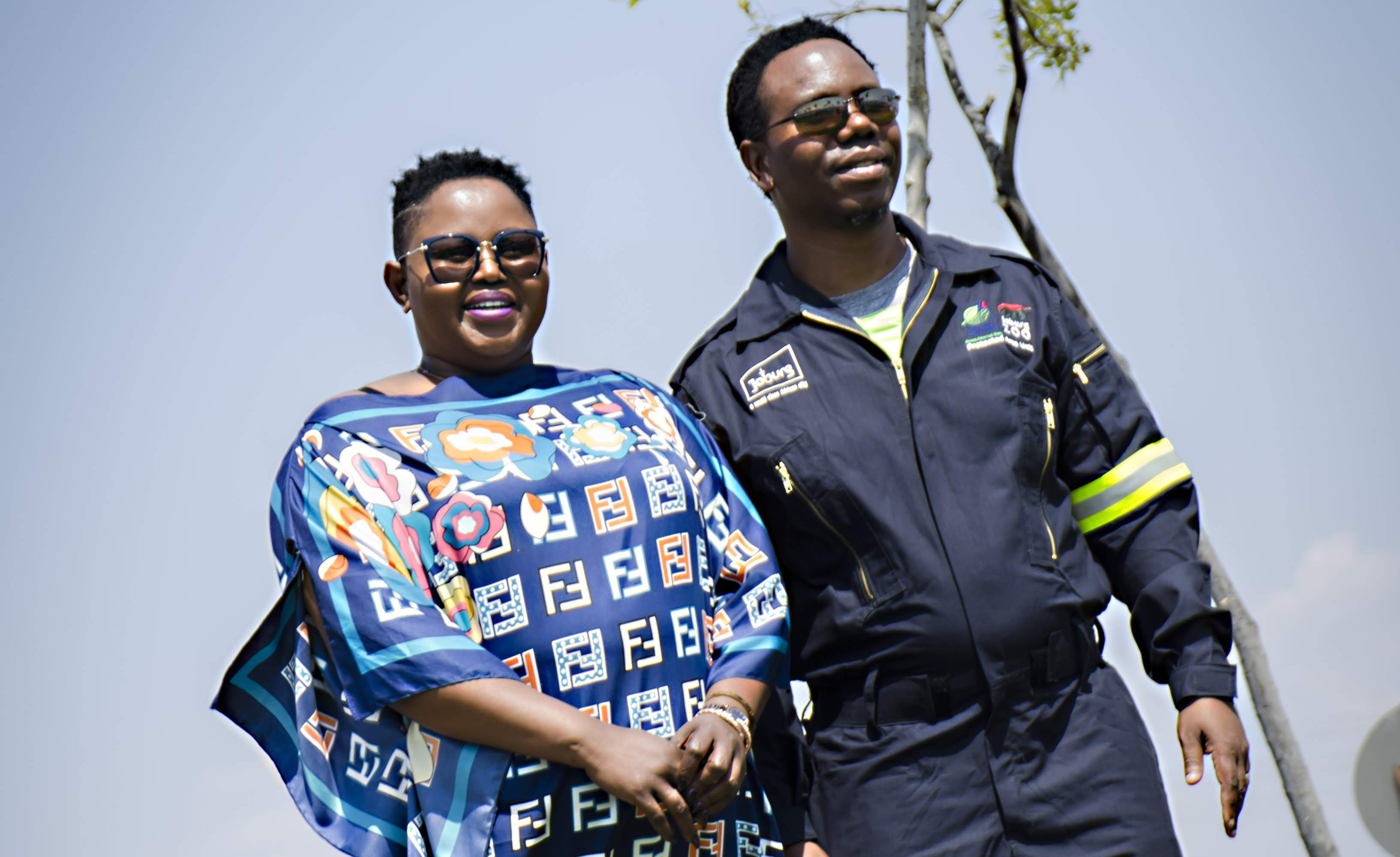 Sifumba said that programmes such as tree planting help City of Johannesburg residents to feel a sense of civic ownership and pride. “The simple act of planting a tree has far-reaching implications; today we planted 2 000 trees. These trees will grow to become a beautiful canopy of tall natural filters that will provide a habitat for nesting birds, and act as a catalyst to increase property values in the suburb.”

Jo’burg’s aging tree canopy is falling prey to opportunistic diseases and pests such as the Polyphagus Shot Hole Borer. The beetle has worked its way through eight of JCPZ’s 135 wards, so the move to save our trees, as well as ensure that future generations of Johannesburgers can enjoy the shade of a tree, is a welcome one.

The Shot Hole Borer beetle is a tricky pest to remove that originates from Asia. It attacks the vascular system of certain trees and kills the host. Sifumba expressed her concerns about the beetle and noted that City of Johannesburg is “awake to these issues”.

“Unfortunately, this beetle is active in the most densely forested part of Joburg and we are extremely concerned about our manmade forest. In view of this challenge, we call on residents to carefully monitor your private and street trees. Look out for dead trees, wilted leaves and wet spots. Report infested trees to our street trees department, and handle any infested trees with care to contain the spread of the beetle. Once removed, wait for a while to plant another tree,” she said.

Even with the backdrop of this challenge, JCPZ recently won the prestigious Arbour City Award, given by the department of Environment, Forestry and Fisheries and Total SA. This is the fourth time in its 18-year history that the City of Johannesburg has received this award. The department particularly liked that JCPZ has been pro-active in fighting the Shot Hole Borer beetle infestation, and that some trees had been saved from the beetle. 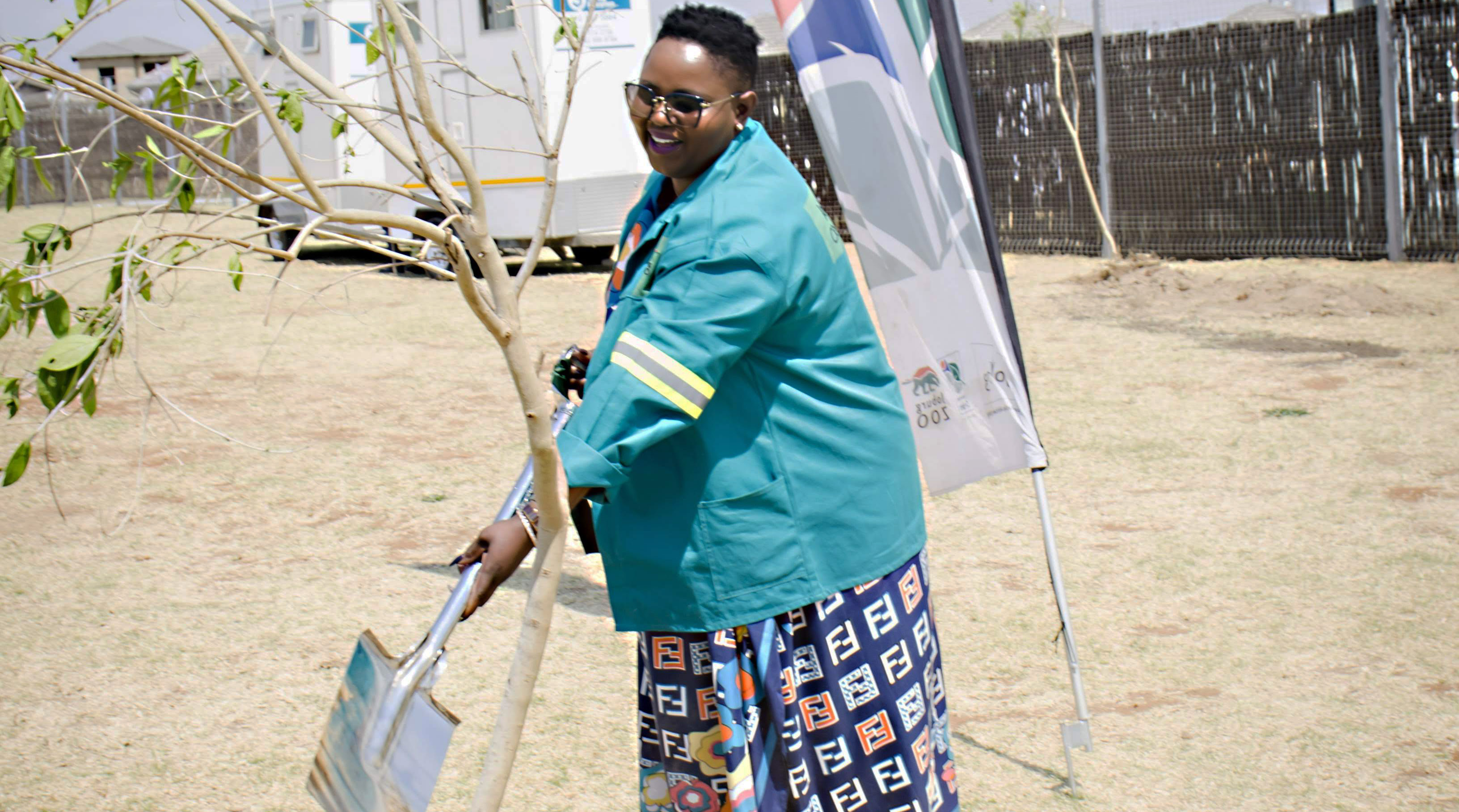 MMC Nonhlanhla Sifumba does her bit by planting a tree

JCPZ was also given a R300 000 cash prize which will be used to buy seeds, saplings, and trees to grow Johannesburg’s green corridors and address the environmental disparities in the city. Adelaide Chokoe, JCPZ’s Arbouriculturist, also received an award on the day for her outstanding contribution to the greening of the city.

The prizes were handed over in Riverside View. Managing director of JCPZ, Bryne Maduka, said: “This [the Arbour City Awards] are such a huge deal for our municipalities, and to be crowned as the champions because of how we’ve dealt with the Polyphagus Shot Hole Borer is deeply valued.”

Maduka highlighted the importance of the location of this greening project — Riverside View. This mega-city build is located directly north of Steyn City and west of Riversands along William Nicol Drive and is due for completion in 2021/2022. The area was a hive of activity as JCPZ activated their Arbour Month activities for their flagship project of 2019, and the large area was covered in saplings and other trees that had recently been planted.

Riverside Sands falls under JCPZ’s Region A — a large area that incorporates Tembisa, Ivory Park, Midrand and more. Regional manager Joseph Ndou was getting his hands dirty by planting trees and explained that this project is a new endeavour, as it is a private-public greening project.

Ndou noted that an important aspect of this initiative is the community stakeholder involvement. “There’s been no defacement of trees or vandalism, just the natural loss of a few trees since we last planted here. We also look at this as an education programme, and we’ve been going to the local schools to educate children on why trees are important and how to take care of them,” he said.

As part of the day’s activities, students from the local Curro school addressed the audience on how much the tree planting project meant to them, and said that they “felt special,” thanks to the investment of JCPZ into their growing neighbourhood.

Ndou explained the rationale behind this greening project. “Besides the challenge of getting resources to service Region A, in low-cost residential areas the problem is that walkways aren’t wide enough to plant trees and green the area,” he noted.

“We are taking advantage of the open space in Riverside View, as well as how the developers have built the area to incorporate parks and trees. Getting to a suburb early is the key to sustainable greening that communities also take ownership of, and we thank Valumax for this partnership.”

Helgart Slabbert, project manager at Valumax, was similarly glowing in his appraisal of the partnership. “We, as developers, want to be responsible and help Johannesburg Parks to green these areas. We don’t want this to just be another development, but rather something that the people who live here are proud of and want to maintain,” he said.

The duty of maintaining the newly planted trees will fall on Valumax, who have an ongoing community responsibility project that involves people from the community being trained in how to manage the landscape. Once the entire mega-city project is completed, the duty for caring for the plants, trees and parks will fall on JCPZ.

Maduka, addressing the residents of Riverside View, explained that this project builds on JCPZ’s previous efforts to green low-cost residential areas, such as Cosmos City.

“This is a brand-new suburb that can only grow. I recall a similar planting and unveiling of new parks at Cosmos City when the development was first launched. There was much excitement and hope, but unfortunately over time Cosmos City has lost its shine. I want to therefore appeal to the residents who are participating to remain proud of this beautiful, contemporary, clean and green suburb of Riverside View, which is yours to protect,” he said.

As all the speakers noted — every tree matters. In a city of at least 3.6-million street trees, it is a civic responsibility for everybody to plant and maintain these trees and take care of nature in the suburbs. The day’s powerful tree planting initiative added to the city’s commitment to not only the residents of Riverside View, but also to the entire ecosystem that will develop, thanks to the prioritisation of arbour — which means “shelter” — and the life it provides.