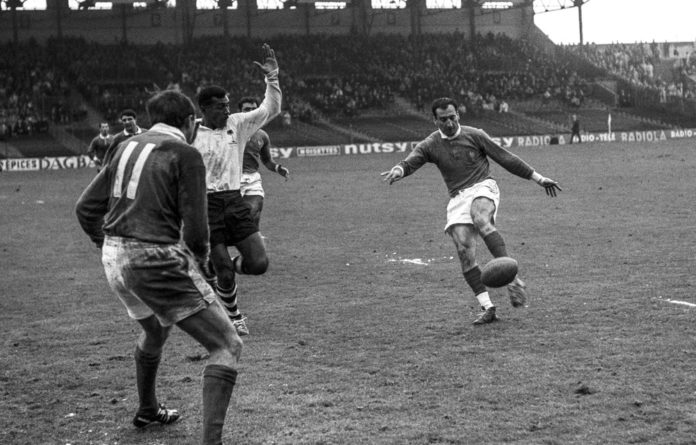 Rugby fans sometimes ask: “Whatever happened to the drop goal?” and then every four years along comes a World Cup to remind you of their worth. Drop goals are rather like flared trousers — commonplace in the 1970s but rather less familiar in the decades since.

Yet an extra-time drop goal has twice been responsible for winning a World Cup final, with Joel Stransky’s effort sealing hosts South Africa’s 15-12 victory over New Zealand in 1995 before England’s Jonny Wilkinson broke Australian hearts in 2003 when, with just seconds left, his sweetly struck kick sailed over to secure a 20-17 success.

The much-neglected art has again been in vogue at the current World Cup in Japan. France beat Argentina 23-21 after Camille Lopez came off the bench to drop the winning goal with 11 minutes to go, while South Africa’s Handré Pollard and Yury Kushnarev of Russia have also slotted drop goals.

Generally, when it comes to tries and penalty goals, the attacking team has to do something right — hold their passes, create an overlap — and the defending team something wrong, such as missing tackles or killing the ball. But the peculiar cruelty of a drop goal, as demonstrated by De Beer’s Test-record haul at the Stade de France, is the defending side may do very little wrong at all and yet still concede points.

“It feels now like a bad dream,” England great Martin Johnson wrote in his autobiography, recalling the defeat to South Africa. “His (De Beer’s) kicks were going over from miles out and we just couldn’t get enough pressure on him to try to affect his accuracy.”

Indeed so proficient was Pierre Albaladejo, a France international of the 1950s and 1960s, he was nicknamed ‘Monsieur Drop’.

So with all these high-profile examples, why is that it can seem as if the drop goal has disappeared from sight between World Cups?

Well, for much of rugby union’s history, a drop goal and a try were both worth three points. To encourage more attacking rugby, the value of a try was increased to four points in 1971 and five in 1992.

The advent of seven points for a converted try and the arrival in the professional era of multi-phase forward play, that would eventually see defending teams concede a three-point penalty, led to a decline in the drop goal’s popularity.

Better pitches and more precise training have also been responsible for an increase in placekicking distances and success rates for penalties.

“I soon realised that forwards loved the drop goal. They saw it as their reward for exerting pressure and gaining territory.”

Someone might want to tell that to Scotland fly-half Finn Russell.

Scotland’s 27-3 tournament-opening loss to Ireland in Yokohama on Sunday meant that in his 47-Test career Russell has still to kick a drop goal, for all he’s been involved in several matches where the Scots have struggled to turn pressure into points.

Given he plays his club rugby in France, for Paris-based Racing Metro, perhaps he should drop in for a chat with Albaladejo? — AFP