The findings of the commission of inquiry into the affairs of the Bakgatla Ba-Kgafela community are being challenged even as the premier of the North West is reported to be appointing an administrator and setting in motion a forensic probe aimed at identifying the specifics of criminal prosecutions that are likely to follow.

The challenge to the report comes from the Bakgatla royal family, whose spokesman says it will go to court because the report’s interpretation of the hierarchy of the Bakgatla traditional authority is “irrational”. Kgosi Nyalala Pilane is the central figure in the damning report.

The challenge is not surprising, but it is noise that will distract from the nub of the issue which is the systematic way in which the law has been flouted, and the wilful blindness — if not actual collusion — of the corporate sector and the North West government in the bankrupting of the Bakgatla community.

The Inquiry into Disputes and Claims examined a raft of transactions undertaken on behalf of the people living in 32 poor villages on one of the richest platinum deposits in the world. In particular the inquiry looks at two significant transactions signed by Pilane between 2006 and 2012 with Anglo Platinum and Pallinghurst Resources. Together these yielded gross income for the Bakgatla of more than R5-billion.

The report unravels the haemorrhaging of monies that should have flowed to the Bakgatla community from these investments, but which were lost through a labyrinthine web of companies, trusts and off-shore entities set up by Pilane. Despite the kgosi’s reluctance or failure to fully disclose all evidence, this commission of inquiry has provided a rare and valuable public record of the financial flows to a traditional authority in the mining sector.

The report is unequivocal in its finding that Pilane mismanaged the Bakgatla community’s assets, stating he acted with little regard for the clear prescript of the law regarding his fiduciary and legal duties, and did not appear to be concerned about these. It also notes the failure of government departments to fulfil their oversight functions.

The report names prestigious mining companies, attornies and accounting firms, auditors and consultants involved in the transactions who did not raise concerns with any regulatory authority, raising questions about the corporate sector’s wilful blindness to corrupt and unlawful activities under its watch.

Pilane was appointed as senior traditional leader of the Bakgatla Ba-Kgafela in 1996, in the midst of South Africa’s platinum boom. Almost immediately, people flagged abuses of power and maladministration of the Bakgatla community’s funds. It took 20 years before the inquiry was established under Judge George Maluleke, who died before it could be completed. It was finalised under the chairmanship of MS Baloyi SC.

The report traces the history of Pilane’s engagement with Anglo Platinum from 2004, the year the Mineral and Petroleum Resources Development Act was brought into operation, when he informed the company that he had obtained legal opinion that it was operating illegally on the Bakgatla’s land at a farm called Spitzkop. Rather than pursuing the matter in court, the Bakgatla were prepared to settle in exchange for an equity stake in Anglo’s Union Section Mine — the company’s third-most profitable operation — which was operating in the area. 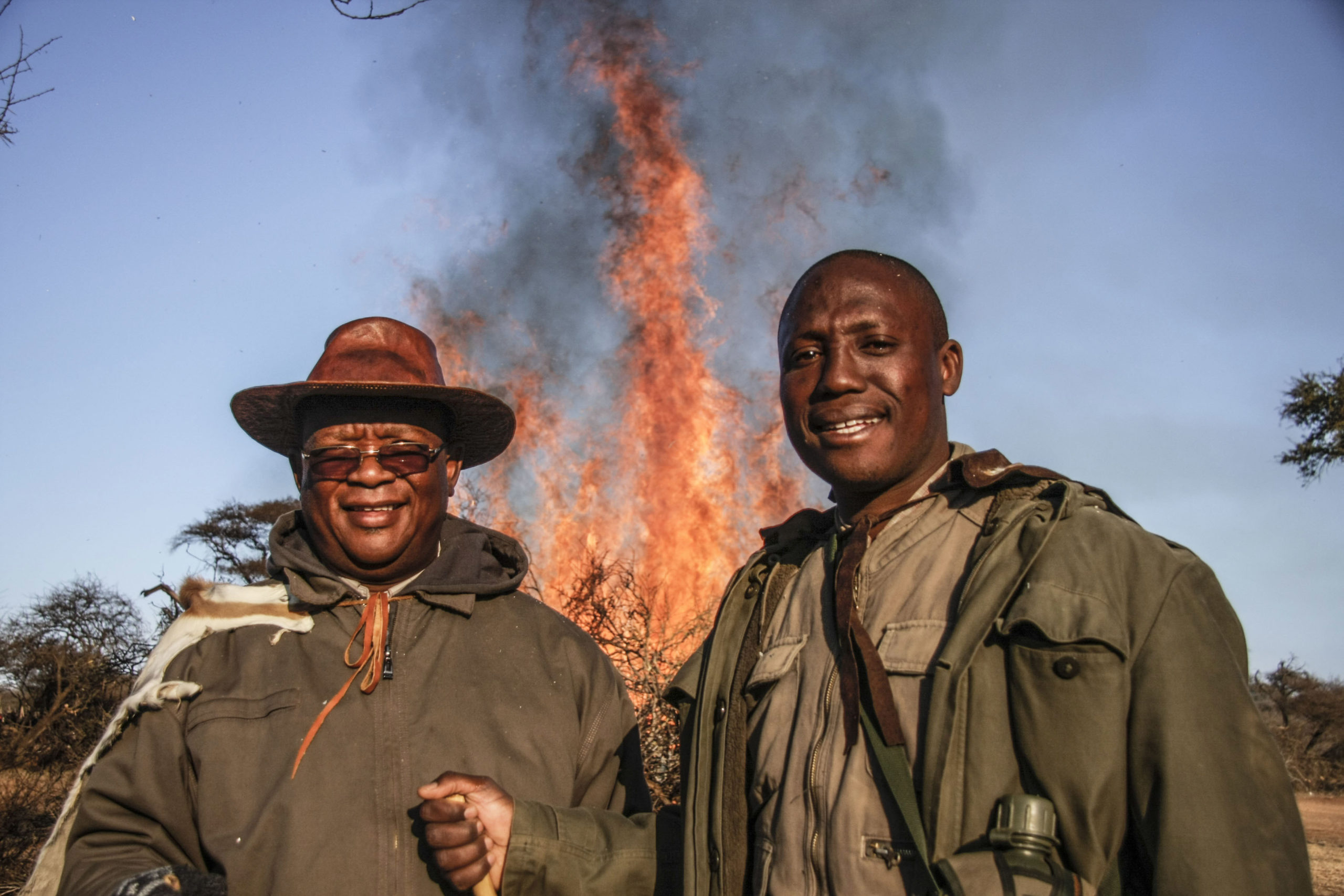 The complaint was enough to bring Anglo Platinum to the negotiating table. The outcome two years later was that the Bakgatla acquired a 15% interest in the operating assets of Union Section Mine for a cash payment of R420-million, funded by loan from Rand Merchant Bank that was facilitated by Anglo Platinum.

Critically too, the Bakgatla agreed to contribute their surface rights on Spitzkop for all future mining activities and to cancel Anglo’s royalty obligations, valued at R210-million. The Bakgatla also secured significant shareholdings in the prospecting rights over two other farms.

But it was a potentially messy deal for Anglo — Pilane was facing criminal prosecution on two counts of fraud, 43 counts of theft and one count of corruption because he had failed to repay a personal Land Bank loan of R26-million he had secured to buy farms on behalf of the Bakgatla. To prevent the Land Bank attaching the land, Anglo Platinum made a R45-million loan to the Bakgatla to settle outstanding debts.

According to a Bakgatla adviser, Rand Merchant Bank was also worried about the security of its loan and helped to structure the Bakgatla’s stake, which wound up being held in several private companies that were wholly or partially owned by the Bakgatla community. Over the years, this web of companies has grown more complex and opaque.

In 2003, Pilane signed an exploration agreement between IBMR and Barrick Gold, which would give the company an effective 50% interest upon a decision to develop a mine. But this never transpired because Pilane was also in negotiations with Pallinghurst Resources, to acquire and consolidate three contiguous platinum properties into a “mega-mine”.

The creation of the Sedibelo Platinum Mine earned the Bakgatla about R3-billion from selling shares in two of the properties to Pallinghurst.

Under the law of the province, traditional authorities are required to deposit their income into a dedicated account — known as a D-Account — managed and audited by the North West government. Although Pilane applied for authorisation for the Bakgatla to operate their own financial affairs, this was never granted. Nonetheless, he nominated that the Bakgatla’s earnings be administered through trust accounts held with two attorney firms, as well as bank accounts operated by the traditional council and its service provider, BDO Spencer. Payments from the accounts were made on the instruction of Pilane.

Forensic accountant George Papadakis told the inquiry that it has been impossible to reliably establish the Bakgatla’s financial situation. Not only did Pilane fail to deposit and account for the Bakgatla’s monies, but the private companies he established did not submit audited consolidated financial reports or — frequently —annual financial statements.

Some of the money from the stake in Union Mine was spent on constructing a sports stadium, a shopping mall and administrative offices for the traditional council. But monies that accrued from the consolidation of Sedibelo are more difficult to trace. In 2012, for example, Pilane issued an instruction to transfer R926-million from one of the trust accounts to PSG Investments and it has been hard to pin down what happened to this money.

In 2012, a dispute between Pilane and Kgafela Kgafela II, the paramount chief of the Bakgatla who had been residing in Botswana, came to a head. A BDO Spencer risk advisory probe commissioned by Kgafela had found financial irregularities in the Bakgatla’s affairs. Pilane, ostensibly acting on the probe’s findings, corporatised the Bakgatla’s commercial assets under the Sedibelo Community Development Trust. All its subsidiary companies were consolidated under a single private holding company, called Bakgatla Bakgafela Investment Holdings (BBK Investments). Pilane is the founder trustee of the trust, which is the sole shareholder in BBK Investments where his nephew, Kagiso Bana Pilane, is the director.

Kgosi Pilane has not reported on the Bakgatla’s participation in other mining deals. Without any more land or mineral rights to sell or mortgage, the Bakgatla have had no meaningful sources of revenue since 2015. In addition, Pilane’s grandiose corporate structure has drained the Bakgatla community’s coffers.

The commission’s report sets out the requirements of the North West Traditional Leadership Act of 2005. These include that the kgosi and the traditional council must provide regular report backs to the people; that all income from whatever source must be deposited in the provincially managed D-account and that the auditor general must audit the community’s books annually.

Pilane has failed to report back to the Bakgatla community, has deposited money in numerous unauthorised accounts and refused to make these accounts public so they can be audited. Despite calls by the Bakgatla for intervention, the North West government has until now stood by and watched as the community has been stripped of their assets. It is time for the North West government to uphold the commission’s recommendations to prevent such large-scale abuse of power from happening again.