Can or will a municipality be dissolved by the order of a court? Judgment in Unemployed People’s Movement (UPM) vs Premier of the Eastern Cape & 16 Others, heard on September 12 in the Makhanda (formerly Grahamstown) high court, is expected later this month, and the case has the potential to establish an important precedent in South African law.

A judgment in favour of the UPM would effectively confirm that local government is indeed subject to checks and interventions through the judiciary, but it remains to be seen just how far the court may be willing to intervene in matters of governance.

The UPM is an activist organisation that promotes a system of democracy with a strong emphasis on the participation of the public in matters of governance. The organisation is particularly active in the Makana municipality, where it campaigns on employment, service delivery, corruption, issues that affect womxn and xenophobia.

The failures in and by the Makana municipality ought to be seen in three contexts. The first is urbanisation — South Africa’s municipalities should not expect that they are immune to the consequences of a global trend of the movement of people towards larger urban centres.

Urbanisation, however, does not negate the legal responsibility on the part of a municipality to provide a standard of services, or any services at all, which residents are entitled to expect, and this is the second context relevant in this case.

The third context is that of a lack of connection between local government and constituents, which has resulted in a mismatch between the municipality’s planning and budgeting, and the actual needs of the residents.

Section 152 of South Africa’s Constitution obliges our local governments to:

• Ensure the provision of services in a sustainable manner;

• Promote a safe and healthy working environment; and

• Encourage the involvement of communities and civic organisations in matters of local government.

The UPM is calling for greater participatory budgeting, in which residents should be consulted by local government in planning and budgeting to ensure that the community’s needs are properly understood and, indeed, met.

This approach is supportive of the constitutional requirement that a municipality must “structure and manage its administration and budgeting and planning processes to give priority to the basic needs of the community, and to promote the social and economic development of the community”, as per section 153 of the Constitution.

The Makana municipality is undeniably failing to comply with its constitutional duties. Power blackouts and failures to supply water, often for days at a time, are routine. This is due to corrupt management of water and a failure to respond to the effects of climate change.

Not even the high court itself had running water in the public bathrooms on the day of the case. The water isn’t actually safe to drink because there are frequent instances of E. coli in the water supply because of poor management of the sewage systems. The infrastructure of existing sewers is dilapidated, and many residents are now forced to live surrounded by raw sewage.

Rampant corruption was exposed in detail by the Kabuso report in 2015. The unemployment rate is more than 70%. Livestock are left to roam the city freely, and, much like in other small South African towns, the roads are riddled with potholes that increase in size and are never attended to. The town actually has the nickname, “The Pothole”.

What outcomes are available in an instance where a municipality has, through its own acts and omissions, negligent or otherwise, proven that it is unable to comply with the duties obliged by the Constitution? The UPM has argued for a ruling that the municipality be dissolved altogether, under section 139 of the Constitution.

Counsel for the Makana municipality submitted that its financial crisis absolves the municipality of liability for failure to provide services, and that the provincial government should have stepped in to assist.

In response, counsel for the UPM submitted that it was the municipality’s own persistent maladministration that caused any ensuing financial crises.

It was also submitted by Makana’s counsel that the court should not intervene in this matter, on the basis of the principle of the separation of powers.

This argument should not be allowed to stand. It is an important feature of a functioning democratic system that checks and balances are available and effective. Judicial review and intervention in the functioning of government is and always must be available to ensure that government can be held to account.

The “floodgates” argument was also raised. Counsel for Makana submitted that the court shouldn’t intervene as setting this precedent would create the possibility that other dysfunctional and negligent municipalities elsewhere in the country are met with similar claims under sections 152 and 153 of the Constitution.

The court should be motivated by, and not deterred from, the floodgates argument when considering that this judgment has the likelihood of affirming that the application of civil rights in South Africa’s courts are an important and efficient means of ensuring that basic municipal services — even that of water which is safe to drink — are delivered.

It would be a positive but indeed an advanced judgment for the court to order for the municipality to be dissolved and to appoint an administrator until a by-election takes place — in terms of section 139(1)(c) of the Constitution — as the UPM desires. This judgment would be advanced in the sense that it skips other possible remedies provided by the Constitution, also when considering that this case is novel in South Africa’s courts.

The Constitution provides two other intermediate remedies (before dissolution) for intervention that the court could prescribe for the provincial executive to undertake.

The first of these is issuance of a directive to the municipal council that describes its failures and states the steps that are required for its obligations to be met, as per section 139(1)(a). The second is the assumption of responsibility (by the provincial executive) for the relevant obligation that the municipality has failed to fulfil, under section 139(1)(b).

There is also a problematic feature in the judgment sought by the UPM. Should the judgment be in favour of section 139(1)(c), by-elections would be held, and there remains the chance of ANC candidates being re-elected to the same positions that have brought the municipality to where it is today.

An appropriate judgment could be found in the remedy under subsection 5(a) of section 139. Given the municipality’s ongoing financial crisis and persistent material breach of its obligations to provide basic services, a recovery plan should be imposed by the provincial executive, which is aimed at securing the municipality’s ability to meet its obligations and commitments. 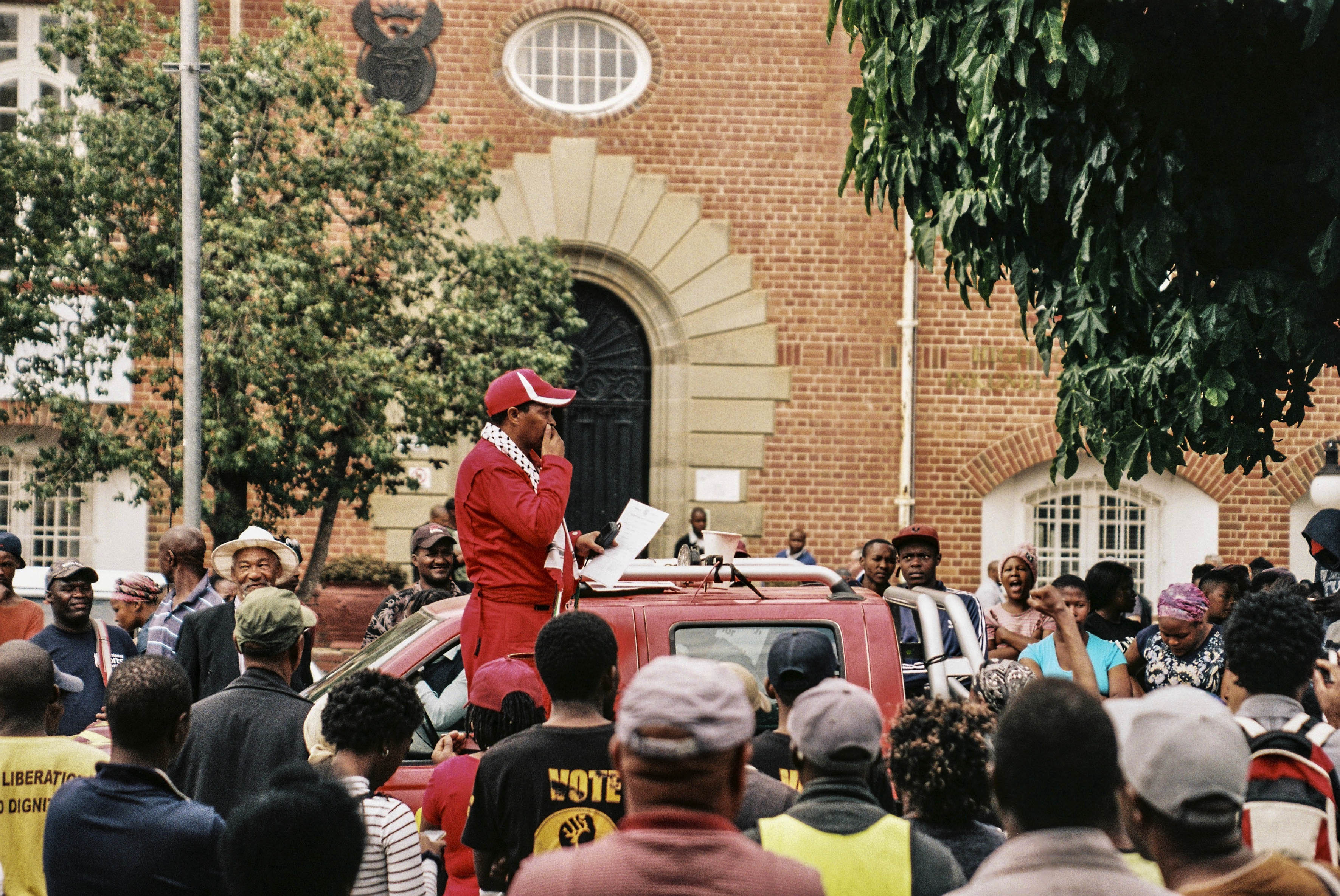 If the court ruling, which is expected later this month, goes in the UPM’s favour, this will have ramifications for municipalities around the country. (Graham Pote)

This response also means the dissolution of the municipal council (should it not approve the imposed measures) and the appointment of an administrator until a council has been re-elected.

Our Constitution is clear about the duties of local government, and which remedies are available in instances of breaches of those duties.

It is undeniable that the Makana municipality has persistently failed in executing these duties and any debate about the merit of the UPM’s argument needs only to look to the dismal state of affairs that residents are suffering.

This could very well be a criminal case, when noting that the municipality’s maladministration has caused death and disease among residents.

Hopefully — for the people of Makhanda and others elsewhere in the country facing ineffectual municipalities — the judgment will clearly establish that South Africans can and should use the law and courts to hold government to account for its failures.