Land Rover’s latest Velar demands speed. This trademark was inspired by the company’s humble Rover Light Six in January 1930, when it became the first vehicle to beat Le Train Bleu. The Light Six had a maximum speed of just 97km/h, yet it paced through Paris to northern France and arrived in Calais only 20 minutes before its luxury night express rival.

With a soul reminiscent of the brand’s rich history of performance and luxury, the Velar SVAutobiography Dynamic Edition was put to a similar test, this time against the luxury train, Rovos Rail.

The drivers had an unfair advantage. Playing catchup with the steam-powered train proved simple. Drivers were treated to the heart of the car — the new V8 engine — and basked in its grand design as they made their way through the quiet weekend roads of North West and the outskirts of Gauteng.

To add to its exclusivity the Velar is on sale for only one year. It comes with a 405kW and 680Nm 5.0-litre V8 supercharged engine that makes driving 80km/h feel unnatural.

Its true form is revealed when the very capable medium SUV reaches high speeds on the open road — 274km/h and accelerating from 0-100km/h in just 4.5 seconds. One can easily get carried away and reach 160km/h without noticing if one doesn’t monitor the speedometer.

The roar that emanates from the exhaust upon acceleration features valve technology to give the Velar its signature note. The rumble fills the cabin and becomes almost addictive.

The slightly oversensitive steering might be a personal qualm but is compensated by the dynamic control settings, which can firm up suspension and add a stronger sense of balance when taking corners.

But the power of the Velar is certainly not a trade-off with the Rover’s elegance and comfort. 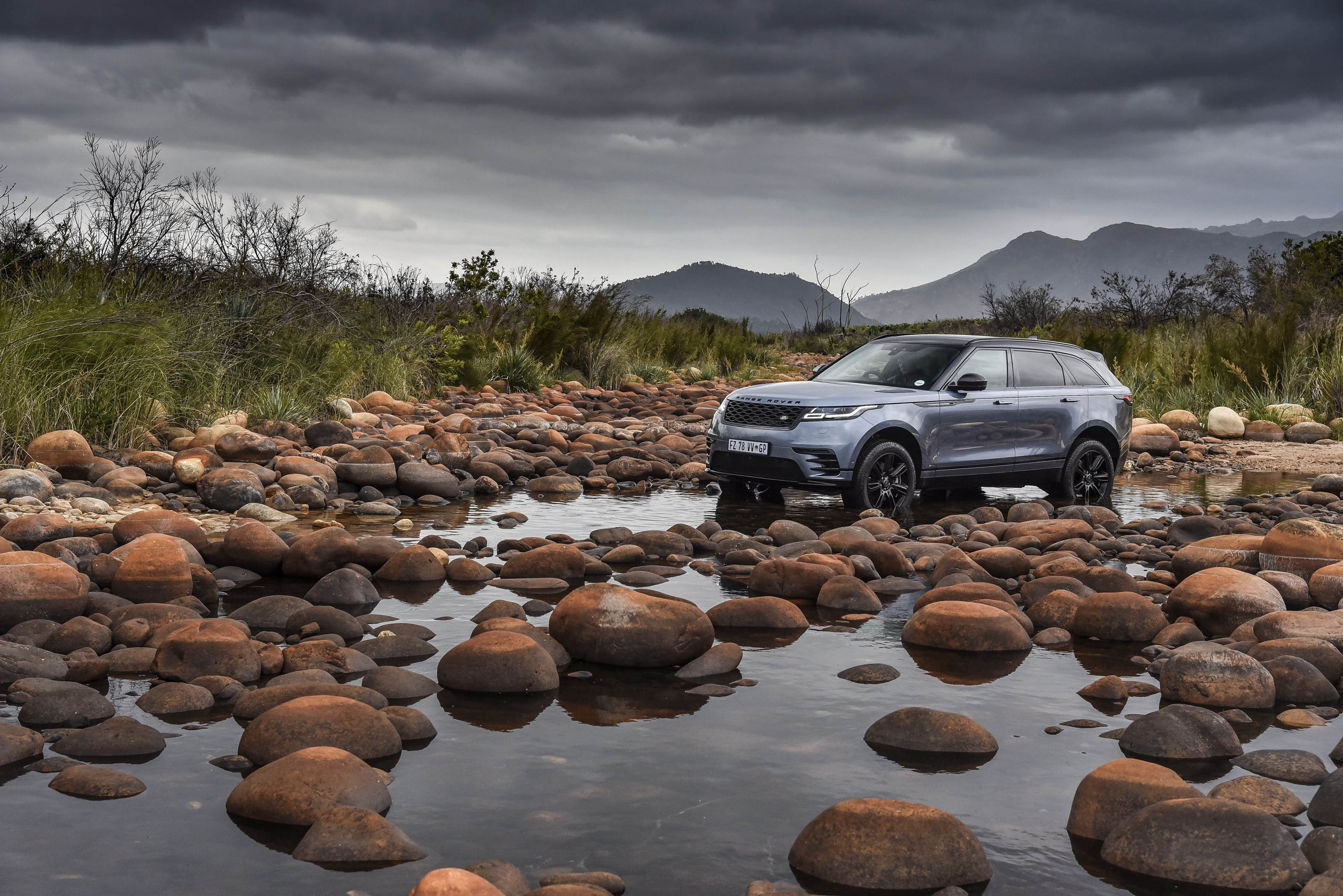 The cabin seems overwhelming at first glance. The touch-screens are crowded with icons that range from setting firmer suspension and adding extra cooling to adjusting the driving mode and changing the tune being played.

The drivers are treated to three highly-responsive monitors, which can be customised with infotainment options such as navigation and diagnostics, to suit one’s preferences. The main monitor is fitted in front of the steering wheel and two more are tucked in the middle of the two front seats.

After some configuration to the infotainment setup the busyness gives way to a smooth experience.

Driving long distances should be a breeze because the seats include adjustable heating and cooling settings. Massage functions are standard and front-seat passengers can toggle between lower back rubs and hot stone massages.

Each seat has its own climate control — even the rear passenger seats — set of wireless headphones and entertainment monitors.

Detail in the interior is subtle and pays off. The trim finishes includes twin-stitched, perforated and quilted leather, which covers the glove compartment and parts of the doors.

The Velar’s niceties are many but might be considered a distraction by some. Given the hefty price tag, this car is definitely designed for drivers who seek an ultra-luxury experience each time they get behind the wheel.

The vehicle’s focus on its infotainment system and massaging seats make for a satisfying family drive. But these features do not compromise the V8 engine, which will leave a smile on the face of any speed freak.

The SVAutobiography Dynamic Edition is now available in South Africa and is priced from R1 743 325.