The Vaal University of Technology (VUT) vice-chancellor, Professor Gordon Zide, has retired from the troubled university, leaving behind 15 000 students. Zide was appointed in May 2017 but left in July after serving two of the five years on his contract at VUT.

The Mail & Guardian has seen the retirement letter, sent in an email dated July 2. This was addressed to — amongst others — the then chairperson of council Tebogo Hlapolosa; deputy director at the department of higher education, science and technology Diane Parker; and VUT’s independent assessor at the time, Professor Barney Pityana.

In the letter, Zide mentioned that his last working day was July 31.

In another letter sent to Hlapolosa in June, Zide described his two years at the helm of the university as a “tortuous journey” that he survived by the “grace of the Lord”.

In the letter, Zide listed a range of issues that had convinced him to retire. They are all matters that he claimed that he had raised with council — the highest decision making body at VUT — in a “seminal report”. These range from positions remaining vacant for a long time, to people acting in positions for longer than allowed, the university’s bad financial situation and high levels of corruption.

“The list is long, and the above are just some of the cries and lamentations for which I appealed for council’s assistance but the voice of council in some of the above concerns were muted,” he wrote. “I am not even going to attempt to sensitise you ,Mr chairperson, about a barrage and a litany of insults and abuse I have suffered through emails and social media and, each time I raised my concerns, the response has always been ‘please hang in there’.”

Zide wrote that he was tired of “hanging in there”, particularly because he was not receiving the support of council. Instead, he said he was stepping down to give way to someone who “would be in good books of towing the line and not stand up for truth and justice”.

He also said he was leaving before the end of his contract because what was happening at the institution was also taking a toll on his health and that he was burnt out, his blood pressure was high and his sugar levels had not been stable. 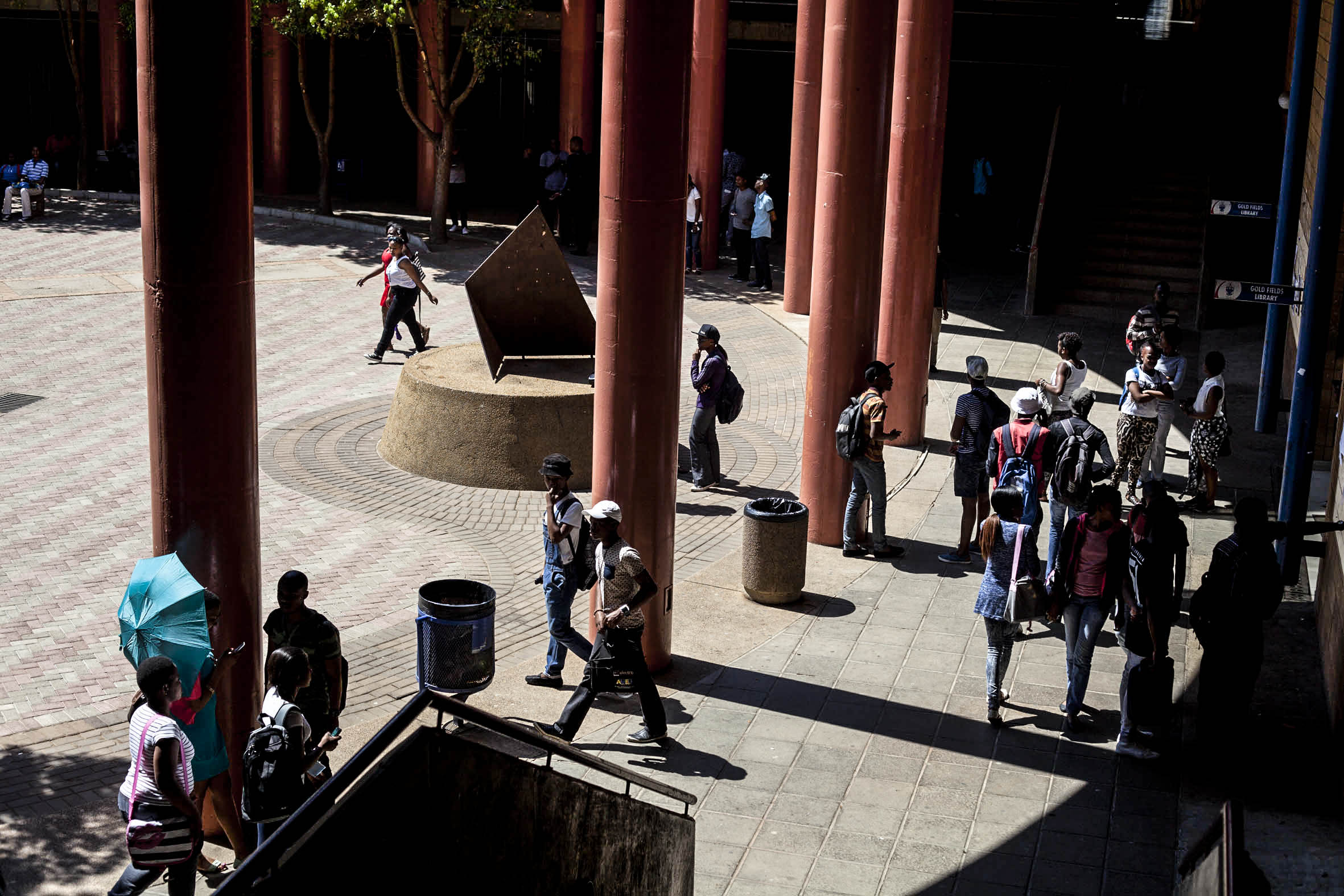 Students at the Vaal University of Technology, which has been plagued by a bad financial situation and high levels of corruption. (Oupa Nkosi)

In the email that was sent on July 2, Zide mentioned that he had written to the chairperson of council in June but that Hlapolosa never engaged him about the matter.

He wrote that the situation had become “extremely untenable for me to continue working at VUT, hence I am now escalating this matter to your kind selves for urgent consideration.”

“If we had a functional council, this matter would have been dealt with by that body but as it is generally known our council is nonfunctional,” he wrote. “My contract is expiring on 31 May 2022 but given the tortuous and treacherous environment I have been operating under and with no support from council and from some members of management, I think it is only fair to step down whilst I am still alive as I would not wish to leave the office being carried in a coffin.”

He also attached a sworn statement that he had made at the Vanderbijlpark police station in June, in which he wrote that he arrived in his office on June 18 to find that one of the ornaments had gone missing and no one knew what happened to it.

“Given the fact that I had previously received death threats, I considered it prudent to have this matter reported to the police, as I do not know when and how the enemy would strike again,” he wrote in the affidavit.

Parker said Pandor and the department had, since June 2018, received correspondence from stakeholders and people from the university community making allegations and counter-allegations of maladministration, as well as governance and management difficulties.

The lengthy list of allegations included: Improper relations between Zide and certain officials, financial mismanagement and corruption relating to infrastructure projects; council chairperson involvement in operational matters, the existence of groups planning to overthrow Zide; the existence of a group called the “Zide defence force”; and Zide receiving death threats for the stance he took in addressing corruption.

“The information that had come to the former minister’s attention painted a picture of a worsening situation at the university,” said Parker.

The independent assessor was expected to submit the report by mid-August, but asked for an extension to September.

Ishmael Mnisi, the higher education department’s spokesperson, told the M&G this week that the minister, Blade Nzimande has extended the deadline for the assessors to submit their report to the department to the end of October.

The independent assessor provided Nzimande with an interim report, which advised him to appoint an administrator. In August, he appointed former University of Johannesburg vice-chancellor Professor Ihron Rensburg to that role.

That appointment came just days after the university’s council had resigned with immediate effect. Rensburg has taken over the functions of council for two years. The M&G understands that with Zide’s departure, Rensburg is also playing the role of vice-chancellor.

One of is functions is to bring some stability to the university. But, given the problems raised by Zide — and others — that will be a giant task.